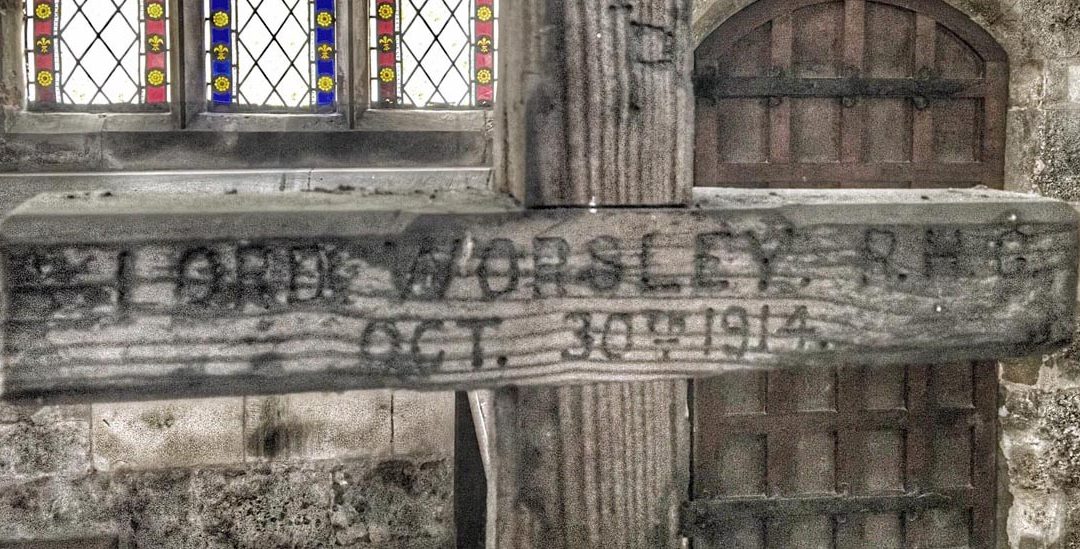 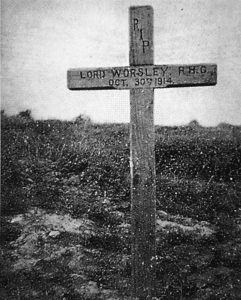 Mounting to wall: The cross is mounted on the wall via two nails under the cross beam
Detailing: Chamfered edges
Evidence of use in field: Earth marking, staining, shrinkage on lower portion of shaft, some cracking, possible insertion in damp ground
Surface insertion depth: 406mm
Finish: Unfinished
Condition: Generally good condition, evident wear on lower portion of shaft
Other information, notes and observations: 4 peg holes on rear of cross beam

None – Some indication on cross beam of a missing name plate

Mounting to wall: The cross is mounted on the wall via a hook on the rear of the cross
Detailing: Some sculpting on upper portion of the cross
Evidence of use in field: Earth marking, staining, crack on stained lower portion where the cross has been inserted into the ground.
Surface insertion depth: As per enclosed photograph
Finish: Unfinished
Condition: Generally good condition, some soil/water staining on inserted portion 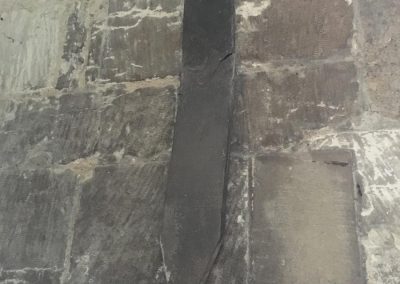 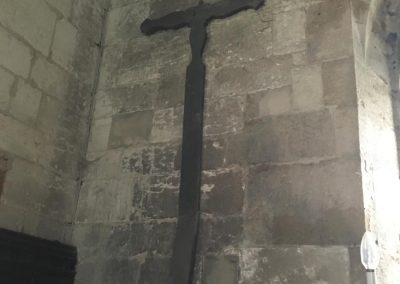 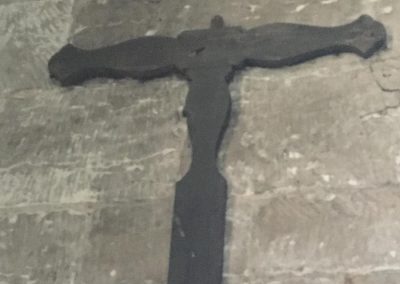 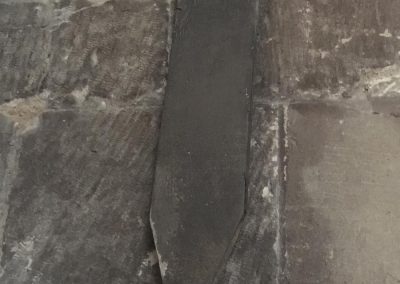 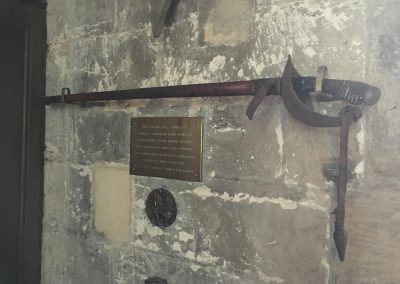 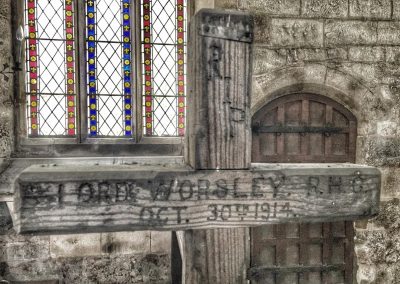 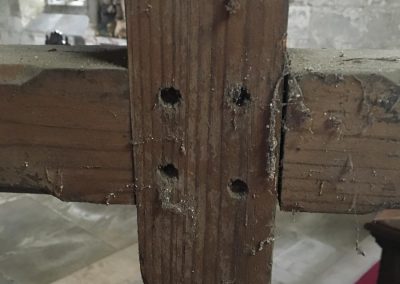 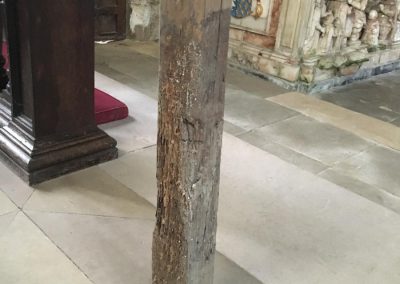 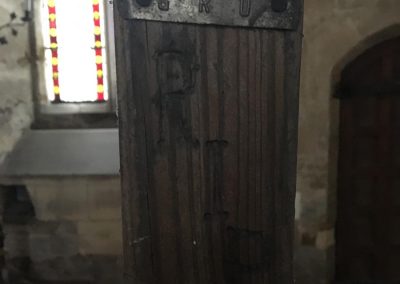 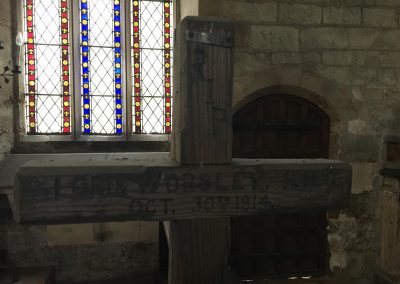 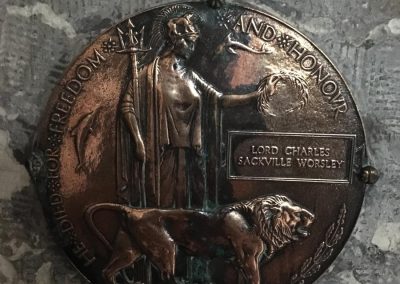 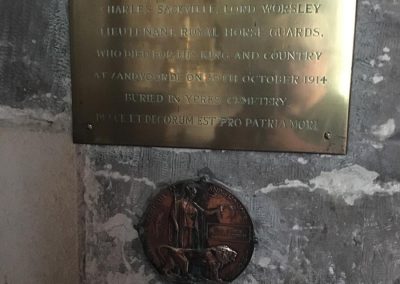 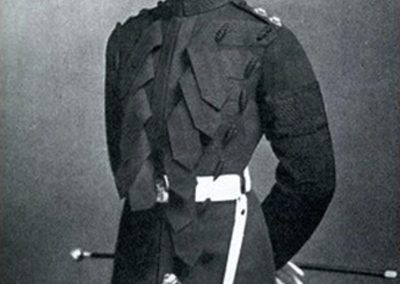 Biographical Information:
Charles Sackville Pelham, Lord Worsley (14th August 1887 – 30th October 1914) was the son of Charles Pelham, 4th Earl of Yarborough and Marcia Pelham, Countess of Yarborough. Charles Worsley served as a Lieutenant in C Squadron of the Royal Horse Guards during hostilities in Flanders, commanding a machine gun section. On 30 October 1914, Worsley’s section was cut off at Zandvoorde, Belgium, by a heavy German attack from the 39th Division and three Jaeger battalions. He was last seen directing his gun under heavy shell fire. The attack was a resounding success for the enemy who took complete control of the Zandvoorde ridge. Orders were issued to withdraw to a second line and by 10am the British in the sector has retired in good order apart from two sections on the left flank which included Worsley’s machine gun section. The order to retire had never reached the isolated sections and they suffered devastating losses. Lord Worsley was officially declared missing on the 7th of

November and in January 1915 it was announced officially that he had been killed. He was 27 years old. Worsley’s body had been buried by the Germans, marked with a rough, wooden marker cross and the British Authorities were notified of the location of his grave via diplomatic channels. A family friend, Colonel A.W James M.C, had been given a copy of the burial plan by Lord Worsley’s mother and he managed to locate the burial site in December 1918. Colonel James marked the spot with stone blocks and upon returning to the village where he was staying commissioned a simple, wooden cross with inscribed with the text ‘R.I.P Lord Worsley R.H.G Oct 30th 1914’. Colonel James made an additional visit to the gravesite in January 1919 with Sackville Pelham, Lord Worsley’s brother, where they placed the newly made cross and removed the original grave marker which hangs above Lord Worsley’s sword and memorial plaque in All Saints, Brocklesby. Lord Worsley’s body was exhumed in 1921 and reburied in Ypres at the Town Cemetery Military extension, grave reference no: II.D.4 refers. The wooden cross commissioned by Colonel James was returned to the family in 1923 and now hangs on the opposite wall to the original German marker and Lord Worsley’s sword.