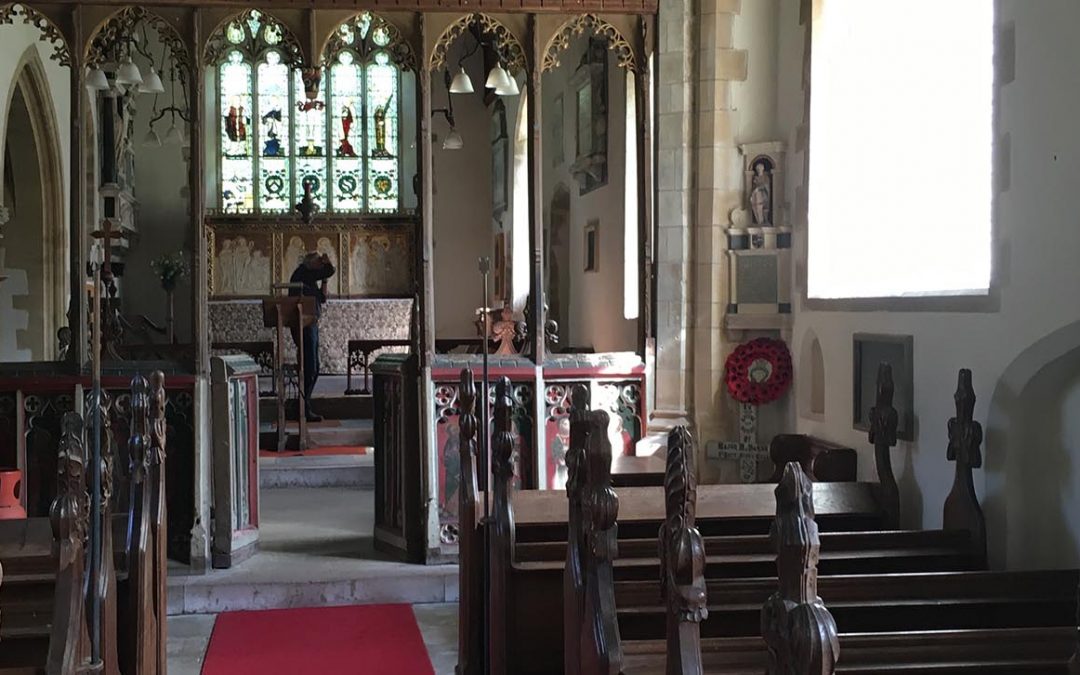 Access to the church is by walking about half to 3/4 of a mile across the Estate lands, no direct vehicular access to the Church, on a private estate. Car parking is literally on the side of the road, cross a stile and follow painted black church signs to the Church. The Barne Brothers are also commemorated on a Bronze plaque in the reredos of the chapel in St. James’ church in Grimsby. When Major Miles Barne was awarded the DSO there were notifications in the London & Edinburgh Gazette, 1.1.17.

Survey and photographs courtesy of Jason Kercher and Andrew MacDonald
Date of survey: 10/8/2016

Going down the shaft from the top:

In Loving Memory Of

Continuing down the shaft diagonally:

Other information
Mounting to wall: Cross is free standing in a corner of the nave, although the bottom 150mm are hidden inside a plinth, which the cross stands in.
Detailing:
Evidence of use in field (earth marking, cracking, staining,shrinkage): Unknown, unable to access the bottom of the cross.
Surface insertion depth (into ground if apparent):N/A
Finish (varnish, paint, oiled, unfinished etc): Painted, text in black paint, cross in a light grey, around the date there is evidence that the cross had been repainted, but not the lettering or date. Edges of the shaft and beam had been chamfered as a detail.
Condition (cracked, paint peeling, woodwork, damage etc): Very good condition, text still very readable.

Notes and observations:
There is a private memorial to Major Miles Barne directly above the Cross, dedicated by his widow.

“ We pray you Remember
Miles Barne
Major the Scots Guards
DSO of southerly and
Dunwich who died in
France for King and
Countryt Sept. 17 1917
In his 44th year
This memorial is the
loving offering of
his widow”

The Cross is located in the right hand corner of the Nave, there is a second cross to Miles’ brother a Capt. Seymour Barne MC 23/4/1917. Virtually across from the door is the War Memorial for the local parish with crossed colours above.

Major Barne DSO is buried in Mendinghem Military Cemetery located in the Village of Proven, near to Poperinge 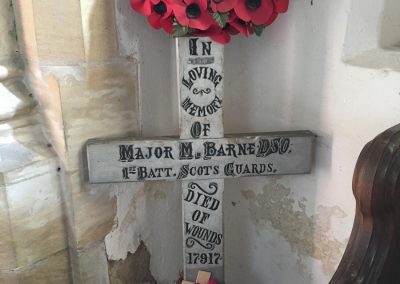 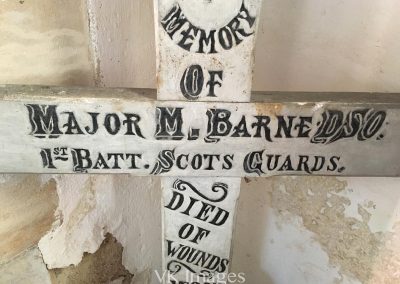 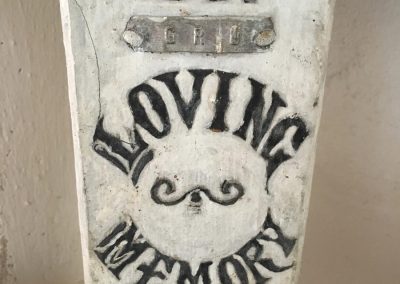 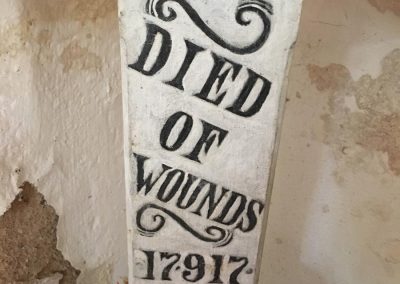 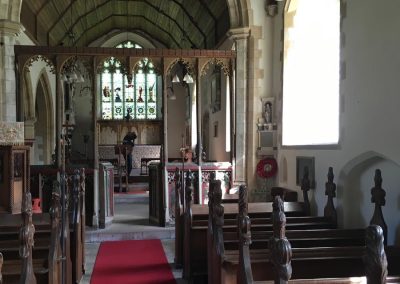 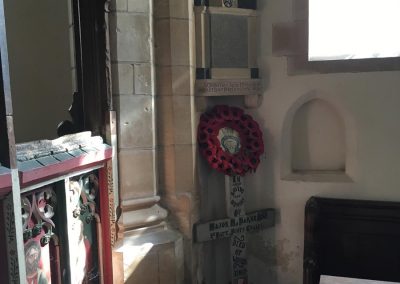 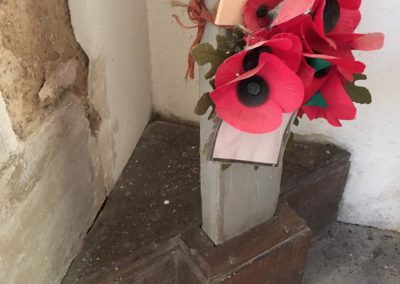 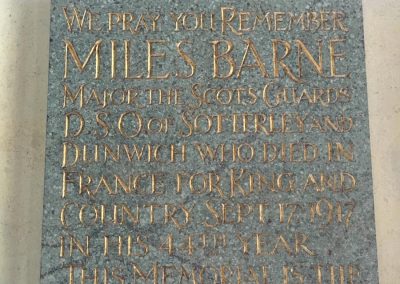 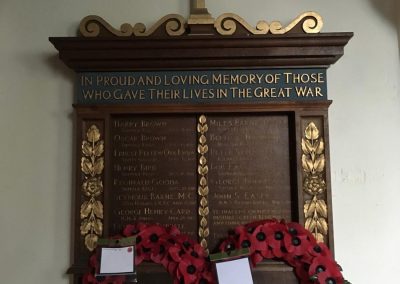 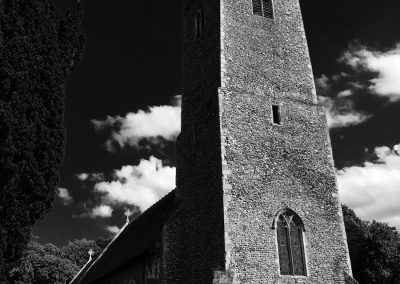 Pinholes on top of shaft where GRU cartouche and plot number would have been.

Notes and observations:
This is a very substantial cross, made out of 4”x2” timber. The base of the cross has been cut away to fit over the sanctuary step.

Biographical information: Seymour Barne MC was a Captain in 20th Hussars who went to France with the BEF in August 1914. He won the Military Cross for action in the First Battle of Ypres. He transferred to the RFC in late 1916 or early 1917 as an artillery observer. His plane was shot down on 23rd April 1917during the Battle of Arras and both he and the pilot were killed. He was 31 years old. He is buried at Aubigny Communal cemetery near Arras in France. April 1917 was the RFC’s Bloody April, when the lives of new aircrew were measured in weeks or days and the RFC suffered crippling losses, their aircraft no match for the latest German fighters. They were also at a disadvantage always operating over enemy lines.

Captain SEYMOUR BARNE, Hussars, attached R.F.C., was the youngest son of the late Lieutenant-Colonel St. John and Lady Constance Barne, of Sotterley and Dunwich, Suffolk, and nephew of the late Marquess of Hertford. He was educated at Eton, and, joining the Hussars, was with his regiment during the retreat from Mons, and was wounded at the first battle of Ypres. He received the Military Cross. Since 1915 he has held a Staff appointment with a cavalry brigade. Recently, however, he felt it his duty to volunteer as a cavalry observer with the Air Service. In this capacity he was flying over the line on April 23rd, and was shot down by an enemy aeroplane. 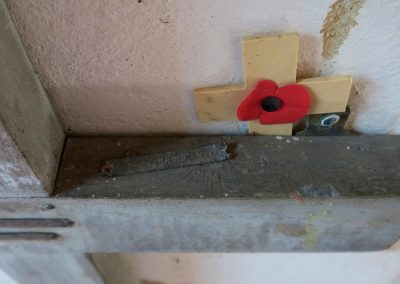 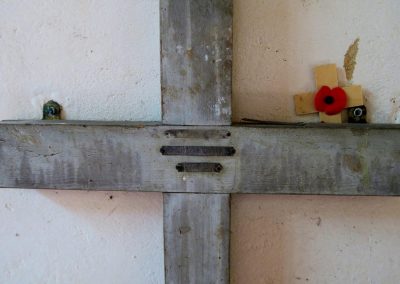 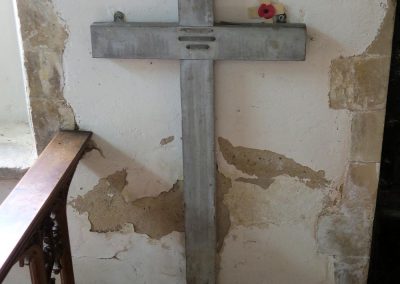 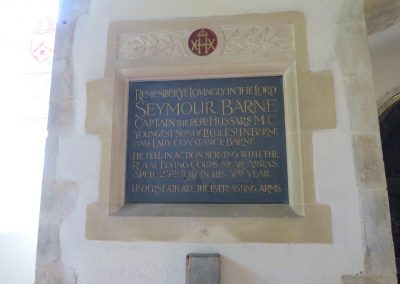 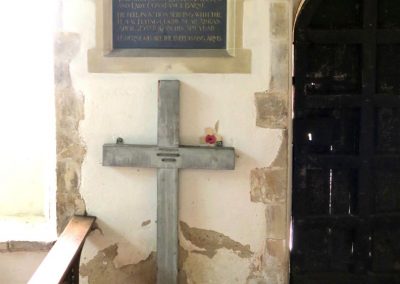