Fragments – The grave markers at Courcelette 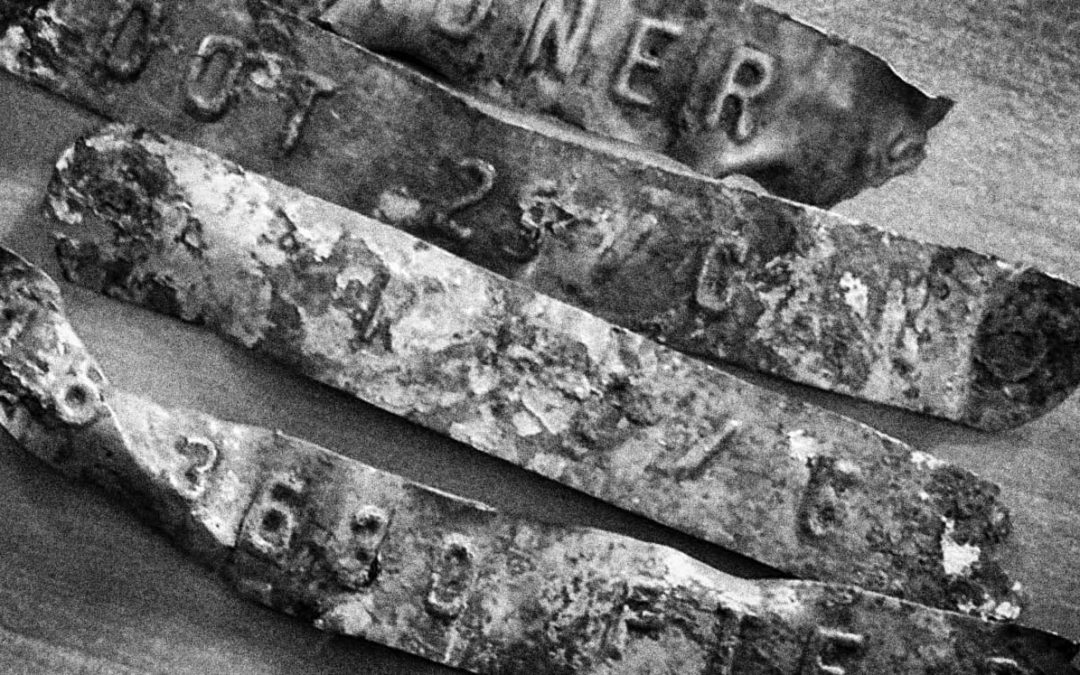 Over the past twenty years of walking the tracks of Courcelette I have picked up a variety of objects that are strewn across the ploughed fields and tracks where trenches were once defended or attacked. Ordinance is most common along with the ubiquitous shrapnel balls, but occasionally a glint if something that resembles discarded silver foil glints in the light. Sometimes it is foil! But occasionally it is part of a metal strip from an original wooden cross or grave marker. The majority have come from the tracks in the vicinity of Courcelette British cemetery, and more excitingly sometimes a whole name or regimental number is visible. Usually a fragment of a number or ‘Pte’ or ‘Gunner’ or a date is all that remains. These items give personalities to the headstones and a greater depth of understanding of the war.

This photograph includes 2 fragments I have managed to trace, both were found near Courcelette British cemetery. 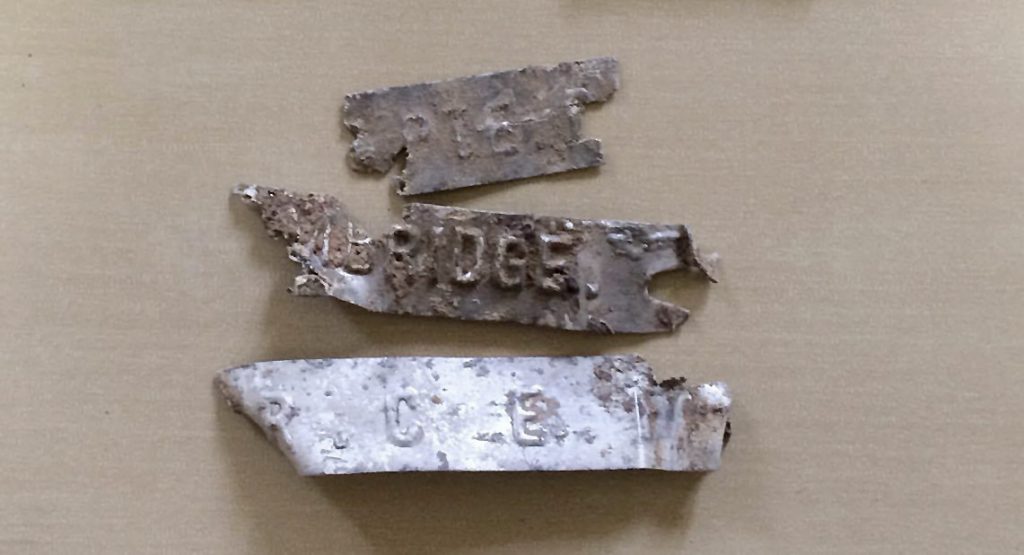 Luckily there is a full stop, so we know Bridge is the full surname.
Pte Leonard George Bridge 477105 of the Royal Canadian Regiment
Born in Leigh in Sea in Essex on 23rd June 1896.
Originally buried at map ref G.R.60 but concentrated into Regina Trench Cemetery.
He was a factory hand who was 5’9″ tall with dark brown hair, brown eyes and a scar across his left knee. His mother who lived in London was his next of kin and he gives his religion as C of E.
Leonard was attested on the 24th August 1915 and was killed a little more than a year later on the 8th October 1916. 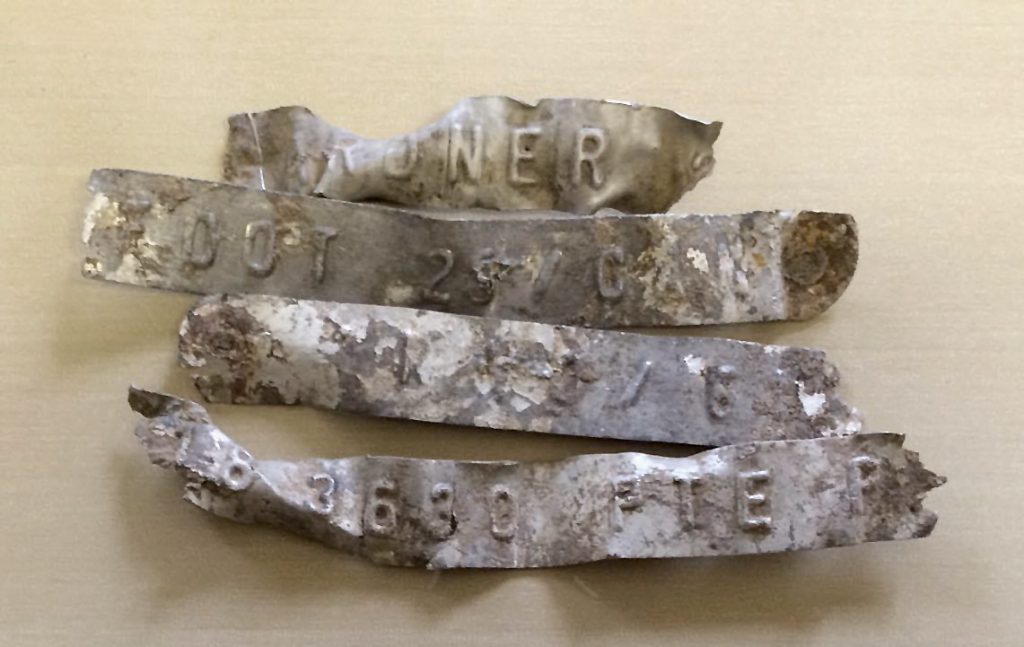 A whole regimental number plus location made Pte Peter Portway relatively easy to trace. He was killed on the 27th September 1916 and buried at map reference M.C. 1889. Peter was an engineer originally from Lewisham born on November 27th 1889. His next of kin was his brother, Arthur Charles Portway. Peter was 6 foot tall with brown eyes and dark brown hair who joined the 31st Canadian Infantry on November 30th 1915, less than a year before his untimely death at the age of 28, exactly 2 months before his 29th birthday.

Many years ago I spoke to a local Frenchman who had worked for the CWGC for many years and spent his free time walking the fields. He told me that the wooden crosses from Regina trench cemetery were taken to a location near Courcelette when the head stones replaced the crosses. Here the crosses that had not been requested by family were burnt.