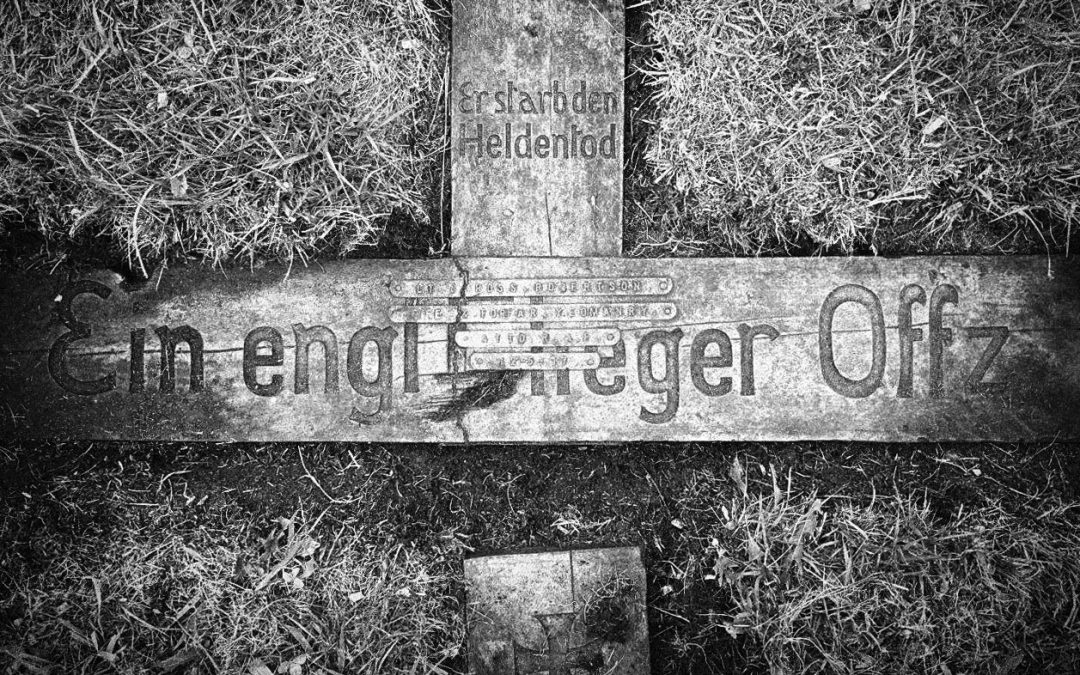 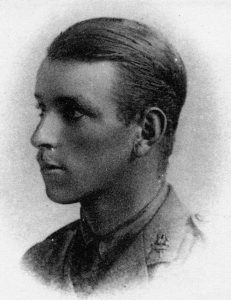 On his fourth operational flight John Ross Robertson found himself in a dogfight with Oberleutnant Adolph Ritter von Tutschek, Robertson is not only out-experienced but his Sopwith Pup is outclassed by von Tutschek’s Albatross D111. After a one-sided fight Robertson is shot down at 10:50 on the morning of 12th May 1917. He had a grand total of 42 and a half hours solo experience and had been a pilot in France about a month. Brought down behind German lines, Robertson was given a burial with full military honours and interred in Quarry Cemetery, Marquion , the Germans raise a cross above his grave with the words “Erstarbden Heldentod” and “Ein englflieger Offz” painted upon it. (He died a hero’s death / An English flying officer).

Robertson was a career soldier who volunteered for the RFC in 1916, and trained at Montrose Air Station, the world’s first such establishment, where he did his first solo flight in January 1917. In April that year he was sent to France and joined 66 Squadron at Verts Galant. 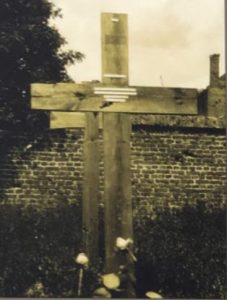 After the war the Imperial War Graves Commission, now the CWGC, Graves Registration Unit identified Robertson’s grave and marked the cross with their identification plates. In the 1920’s the IWGC begin a programme of replacing wartime wooden crosses with stone headstones. Sometime after this the Robertson family go to France and bring the original wooden cross back.

And now the story of the cross gets intriguing. The Family has already inscribed Robertson’s name on the family headstone in Dunfermline cemetery and decides to lay the cross on the bank in front of the family headstone. Unlike other family members John Ross Robertson will never be laid in the family plot, he remains at rest with fellow casualties of the war in France. Perhaps burying the cross brings him closer to home. But it seems, they also recognise a couple of issues with the cross – it’s damaged and the painted letters are badly faded. As it is softwood it isn’t going to last long embedded in the soil. 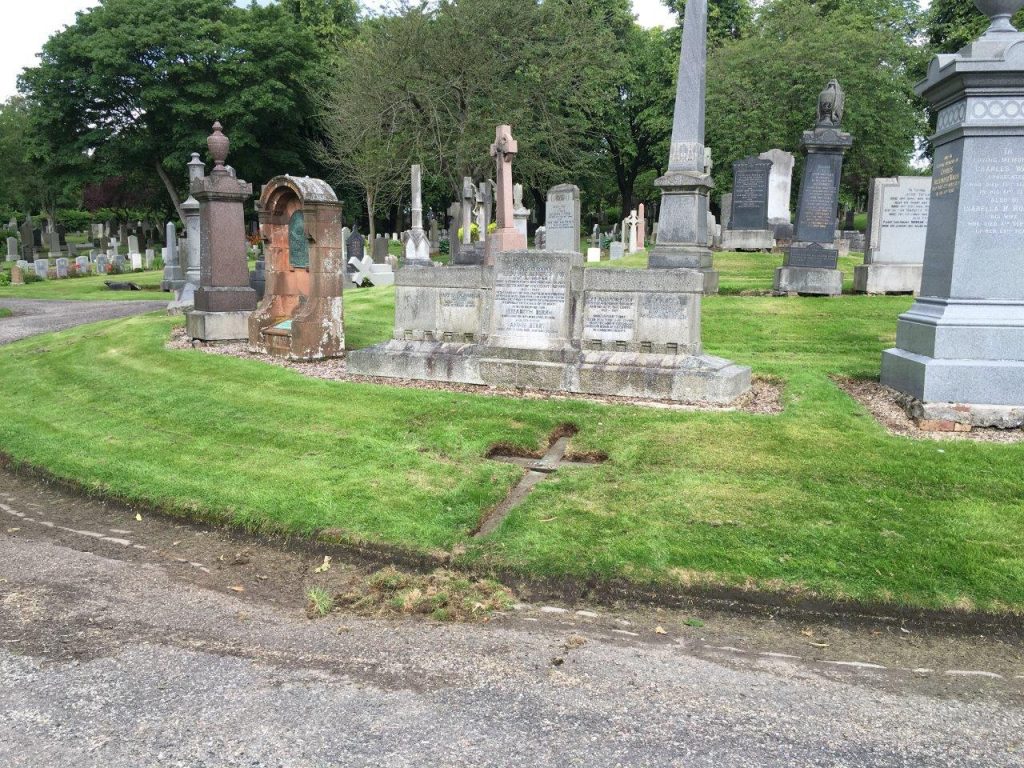 A pragmatic decision is made. A replica cross is constructed, it’s made of hardwood, which will survive the rigours of embedding, the faded German lettering is carved instead of painted and the GRU’s plates are copied and attached, and what seems to be battlefield damage is also replicated. All in all it’s the original cross only better. The family go ahead and embed the replica cross as planned.   And ninety years later or so it has indeed survived, and in remarkably good condition.

But what of the original cross? Apparently consigned to the attic of the family home the original cross also survives the years, though woodworm visited at some point and the lettering has almost faded away. On 7th November 2009 the rediscovered French cross is gifted to Montrose Air Station and now sits in the John Ross Robertson hanger which houses a replica DH2.

It’s clear the family never meant to deceive in what they did by making a replica, if they had not the original would long ago have become the food of termites and the worms. After a couple of generations the remaining family in 2009 have probably forgotten or have no idea the copy cross is embedded in the bank in Dunfermline. Hopefully more light will be shed on this soon. Either way as a result of the Robertson family’s philanthropy and love of a lost son we have two crosses to admire today. 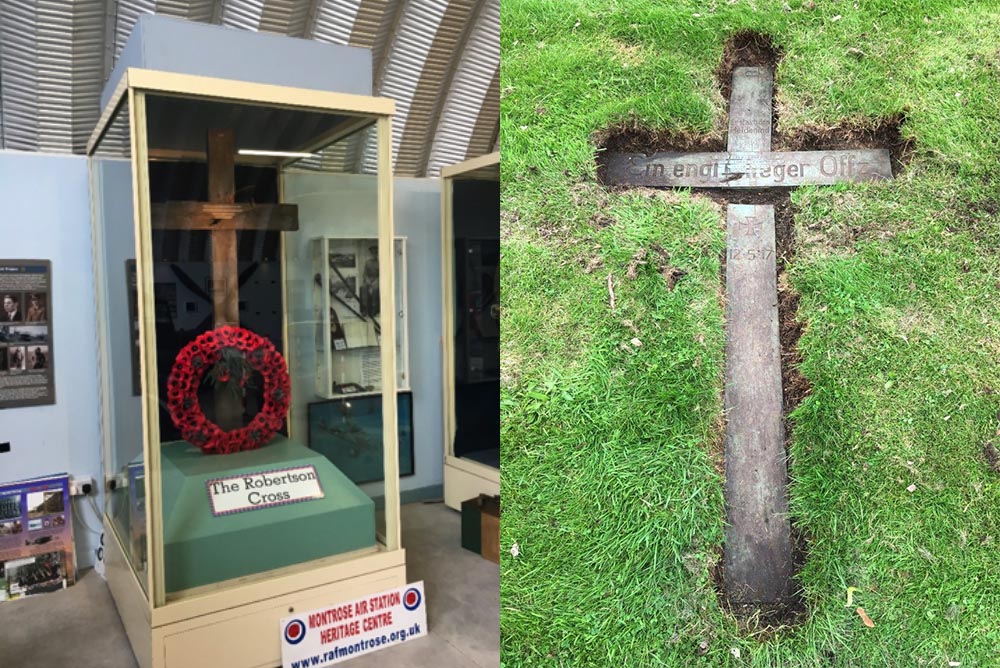