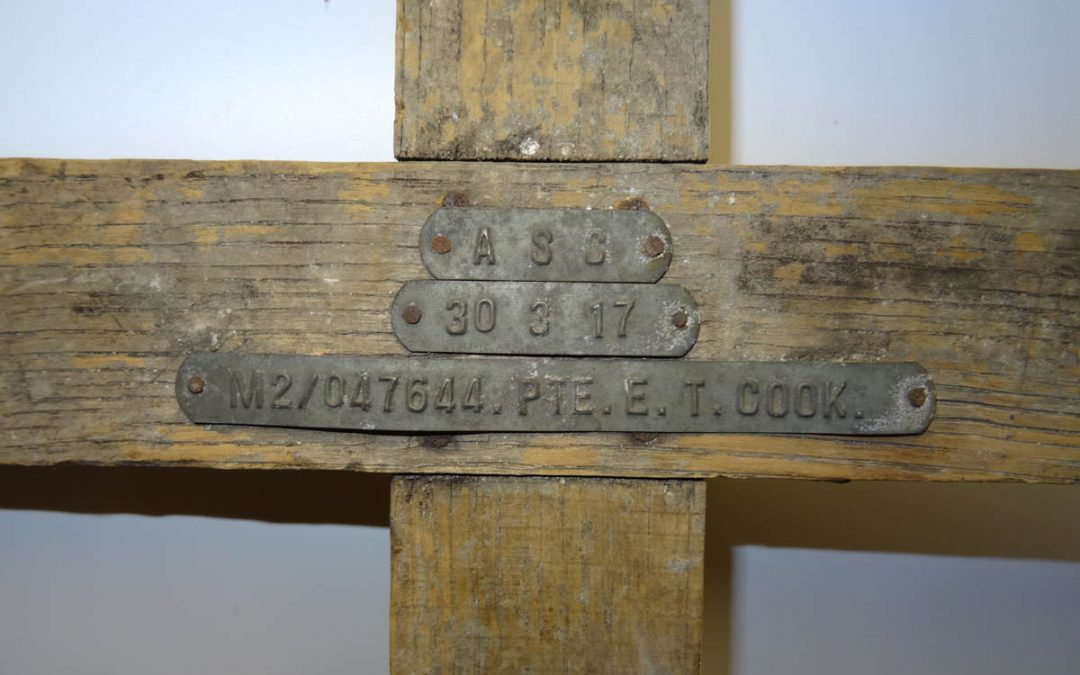 Mounting to wall: Hanging from cross beam on pair of purpose made brackets screwed to back board of case

Detailing: Pointed end at base

Condition: there is a significant bow in the shaft but the wood appears to be sound

Temporarily on display inside the Canadian Records Building at Brookwood Military Cemetery as part of an exhibition For Then, For Now, For Ever which celebrates the CWGC’s first 100 years.

This battlefield cross marked the grave of M2/047644 Pte. Ernest Thomas Cook of the 37th Ammunition Sub Park Army Service Corps (the prefix M2 signifies that he was in a Motor Transport section).  Ernest was born in Kennington in 1884 son of William and Ellen Cook and husband of Eva Gwendoline Cook whom he married in 1910.

Ernest first served abroad in July 1915 in France qualifying for the 1914-15 Star Medal.  He was also awarded the Victory and British War Medals.  He was killed in action aged 32 on 20th March 1917 and is buried in Faubourg-d’Amiens Cemetery France, grave reference II.J.3.  Before enlisting, he worked as a motor mechanic in Wakefield. 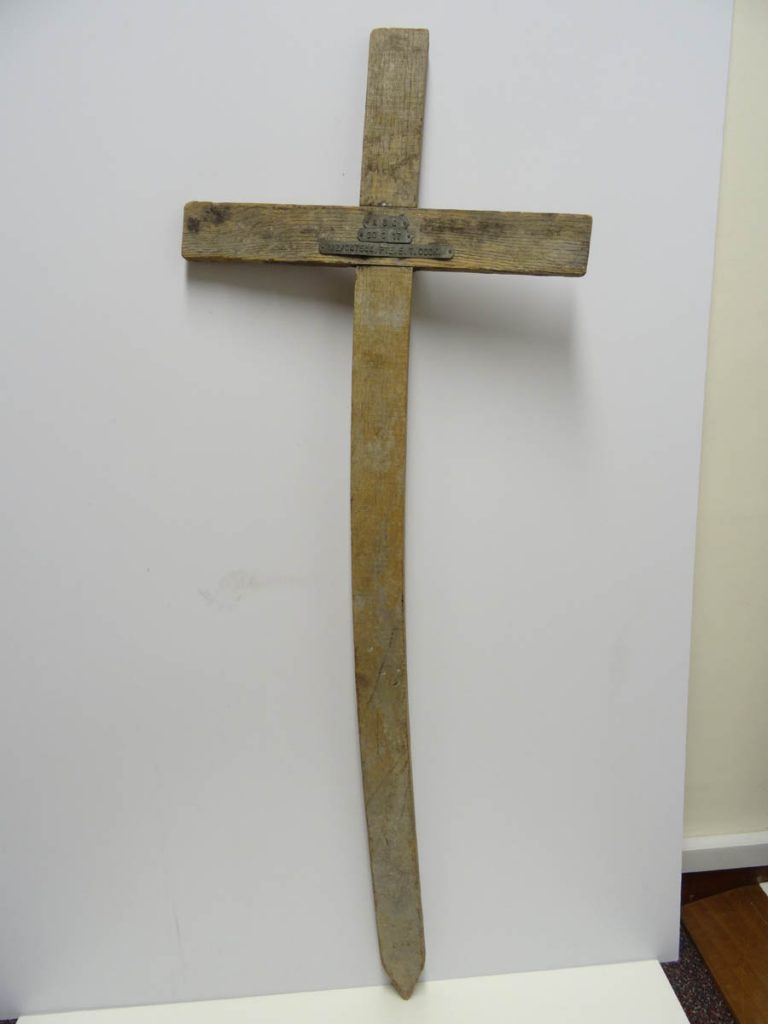 In addition to this marker, another wooden marker adorned with the Star of David which originally marked the grave of Second Lieutenant Marcus Segal, 13th Bn., The King’s (Liverpool Regiment) is kept at the office at Beaurains. 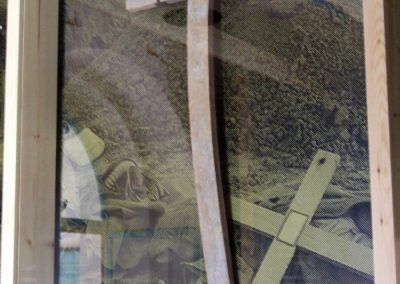 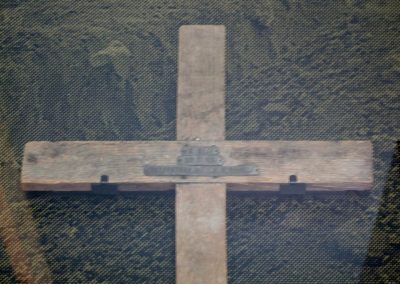 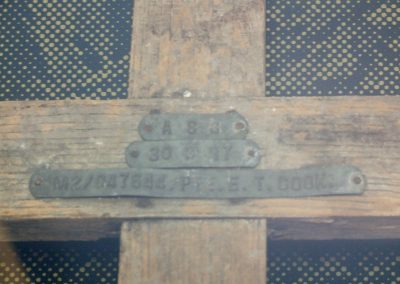 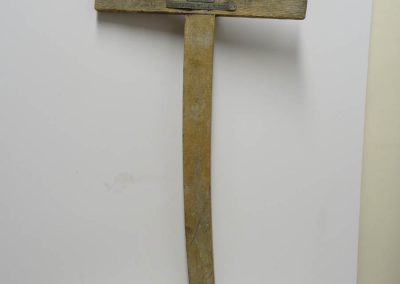 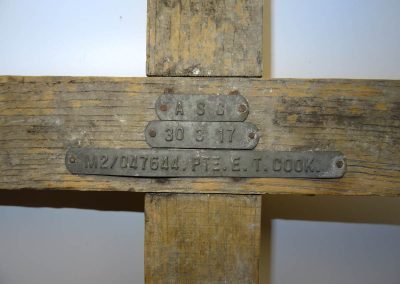 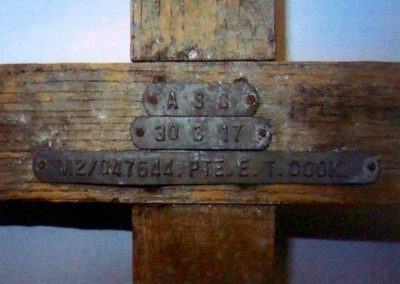