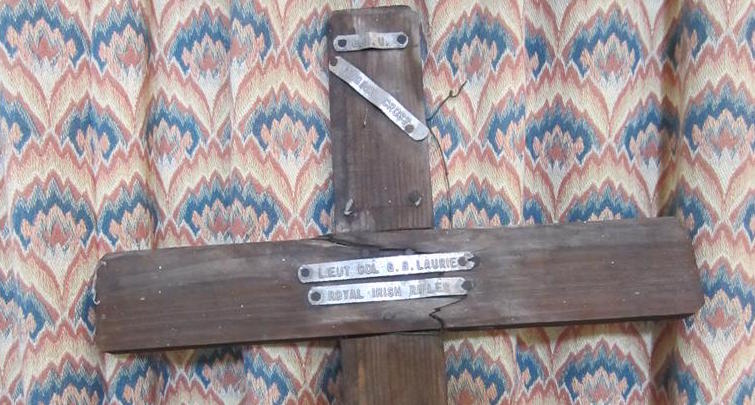 REGIMENTAL CREST OF THE ROYAL IRISH RIFLES ABOVE INSCRIPTION

IN LOVING MEMORY OF GEORGE BRENTON LAURIE LIEUT COL
COMMANDING 1ST BATTN ROYAL IRISH RIFLES SECOND SON OF LIEUT
GENERAL LAURIE C.B. M.P., WHO FELL IN ACTION IN THE
GREAT EUROPEAN WAR ON FRIDAY MARCH 12TH 1915 AGED 47
WHILE GALLANTLY LEADING HIS MEN IN A VICTORIOUS CHARGE
AT NEUVE CHAPELLE FRANCE. TWICE MENTIONED IN
DESPATCHES. HE RECEIVED HIS COMMISSION IN 1885
FOUGHT IN THE EGYPTIAN CAMPAIGN 1889 AND IN THE
SOUTH AFRICAN WAR 1901 AND WAS AWARDED THE QUEEN’S
MEDAL WITH 5 CLASPS
“GREATER LOVE HATH NO MAN THAN THIS THAT A MAN LAY DOWN HIS LIFE FOR HIS FRIENDS”
“DEEDS SHOW” 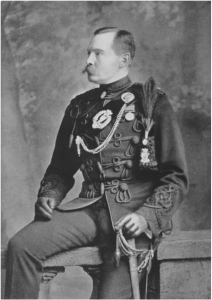 Other information
George Brenton Laurie wrote about the momentary peace at Christmas. From the trenches he wrote on Christmas Day 1914,

Here we are, on Christmas Day! We have had a curious time of it. Last night, about eleven o’clock, the enemy (100 yards only from us) put lanterns up on the parapet and called out: “Do not shoot after twelve o’clock, and we will not do so either.” One of our men ventured across; he was not fired upon, and was given a cigar and told to go back. … So now this is the queer position of affairs: we fire a pistol shot off at 12 midnight to-night by arrangement, and they reply with some shots over our heads, after which things continue to hum as before. You have no idea how pleasant everything seems with no rifle bullets or shells flying about. … Whilst we are peaceable, the guns are booming out now and then some miles away on our left and right where the French are fighting. 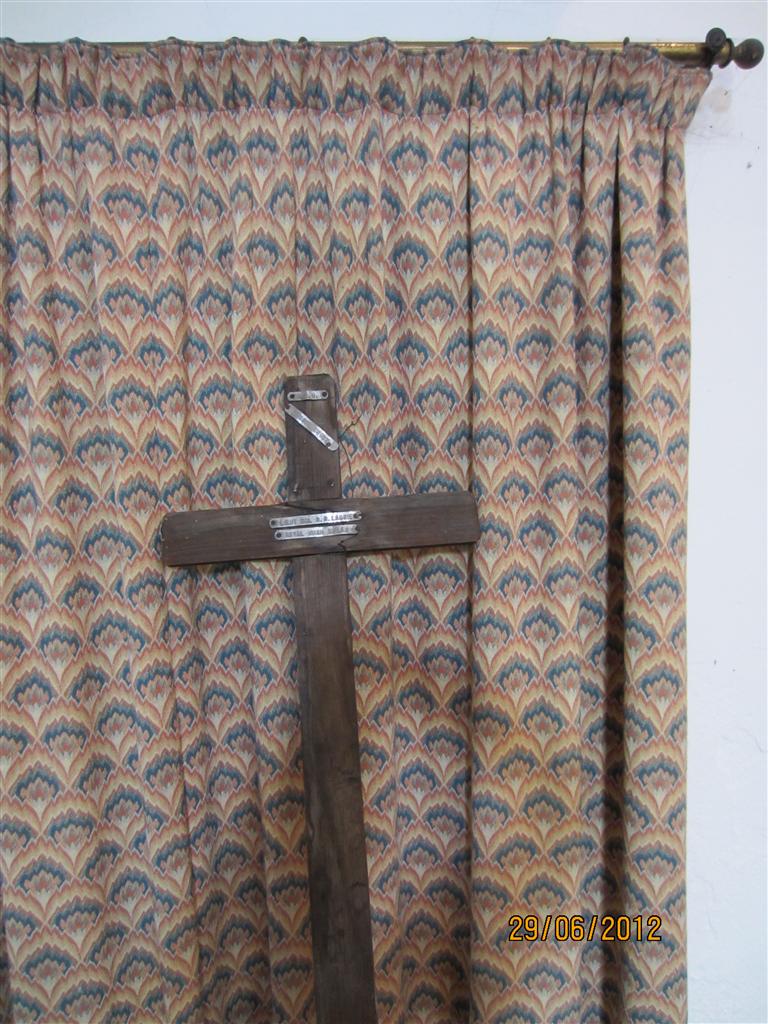