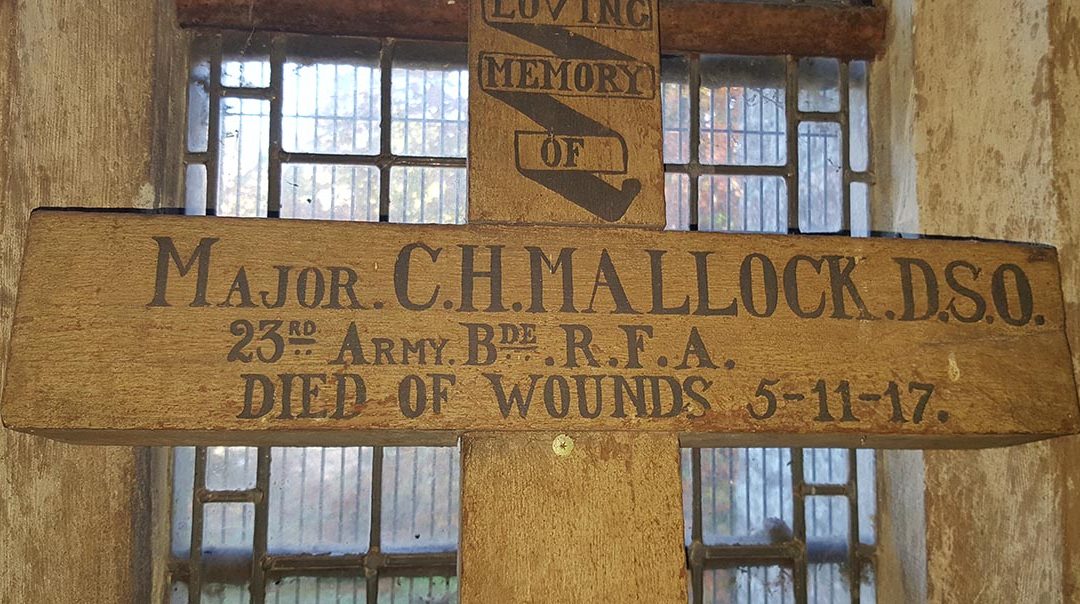 Other information, notes and observations:
Small Plaque at bottom ( see photo) says was erected by fellow officers at Proven, Belgium. Note in church says he died during gas attack at St Julian near Ypres. It would appear he died three days after the attack at Proven (Meningham Aid Station). He was a regular and called from the reserve and left a wife and four children.

Survey and photographs courtesy of Stephen Peart
Date of survey: 5/11/16 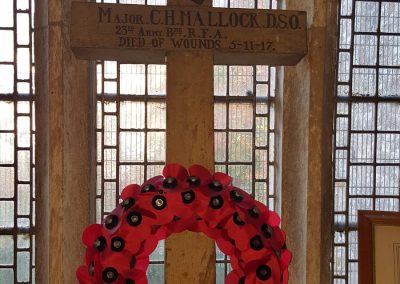 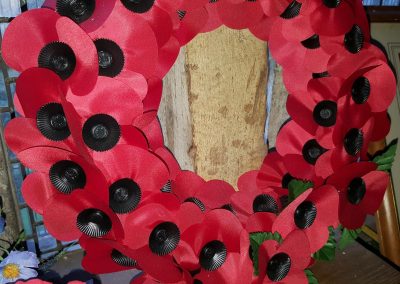 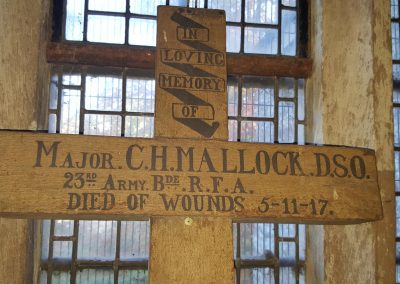 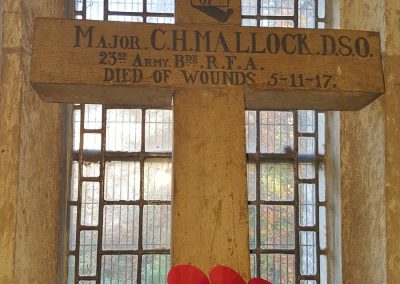 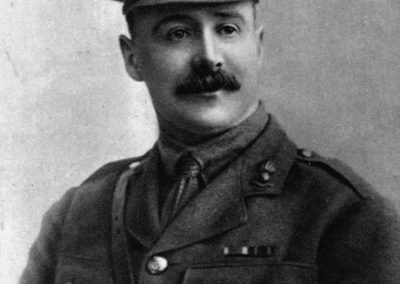 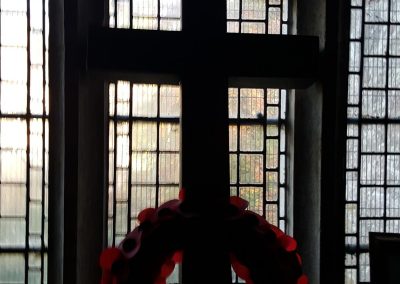 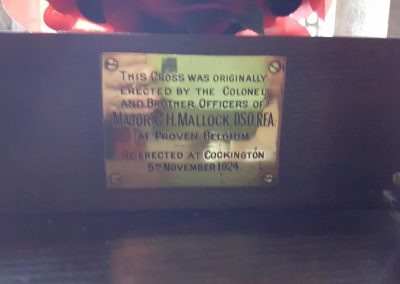