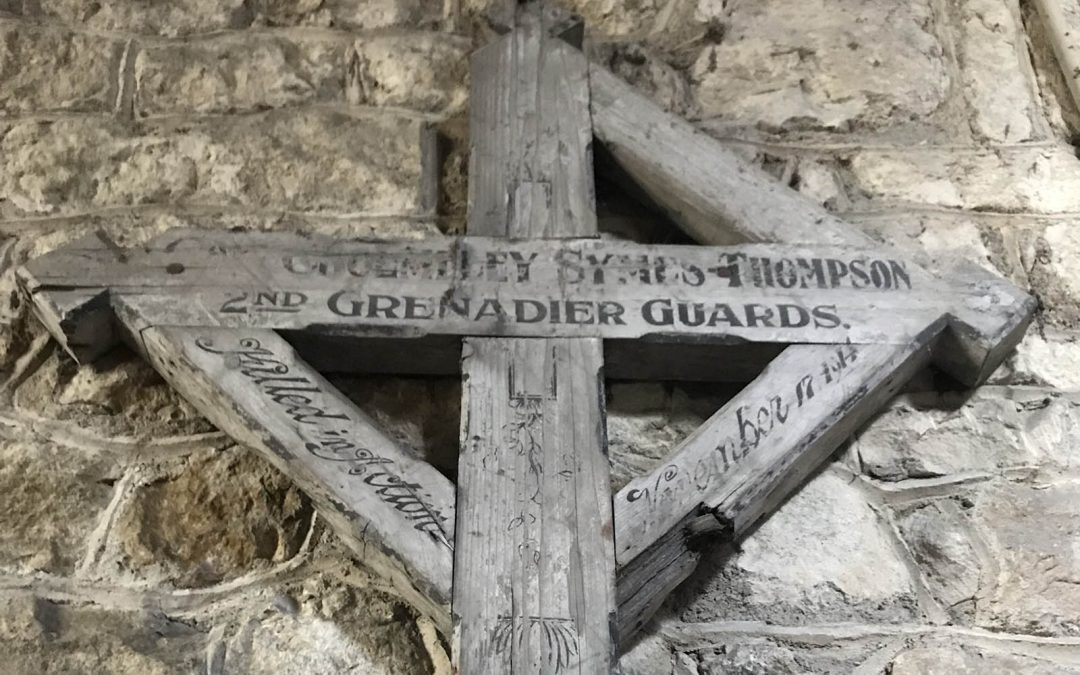 Cross dimensions (millimetres please) Cross was high on the wall so unable to measure.

Mounting to wall: Nailed to wall

Condition (cracked, paint peeling, woodwork, damage etc): Cross is broken off at shaft and missing one arm from the circle plate. 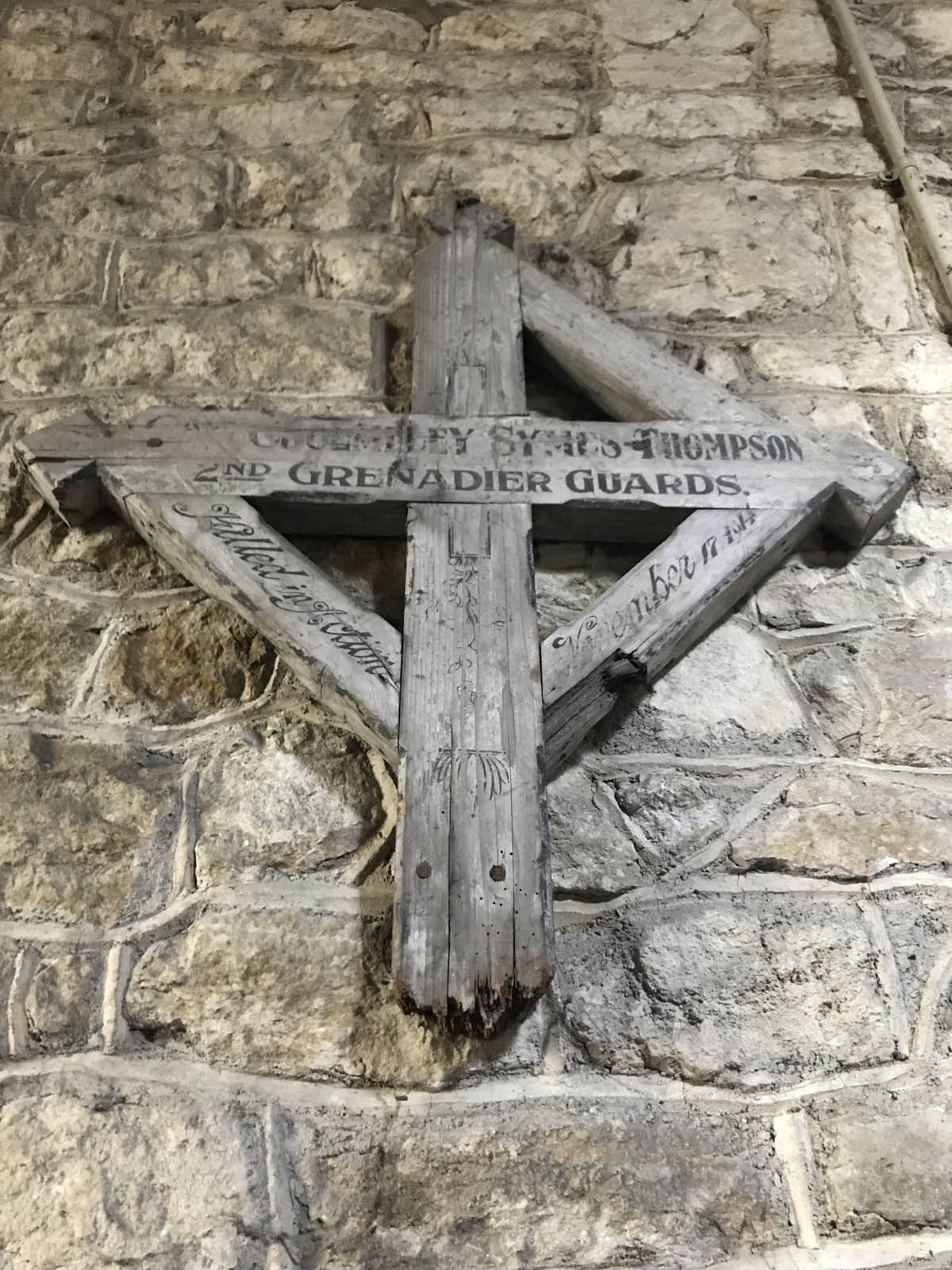 Captain Cholmeley Symes-Thompson of the 2nd Grenadier Guards was killed in action near Ypres on 17th November, 1914. The Symes-Thompson family lived in Finmere House. He was aged 33 when he died and lies in  Zillebeke Churchyard, Belgium. He was son of the late Dr. Edmund Symes-Thompson, F.R.C.P., and Elizabeth Symes-Thompson; husband of Grace E. J. Symes-Thompson (nee Churchill), of 43, Argyll Rd., Kensington, London.

The inscription on his grave reads “YOUR JOY NO MAN TAKETH FROM YOU”.  More photographs of Captain Symes-Thompson’s headstone and other records can be found at https://www.cwgc.org/find-war-dead/casualty/488833/symes-thompson,-cholmeley/

St Michael and All Angels is a lovely parish church hidden up a lane.  The cross is on the wall where the bell ropes are, behind a curtain but just visible over the top.  There is a more formal memorial to Captain Symes-Thompson in the nave adjacent to two other family memorials.  He is also named on the war memorial in the graveyard. 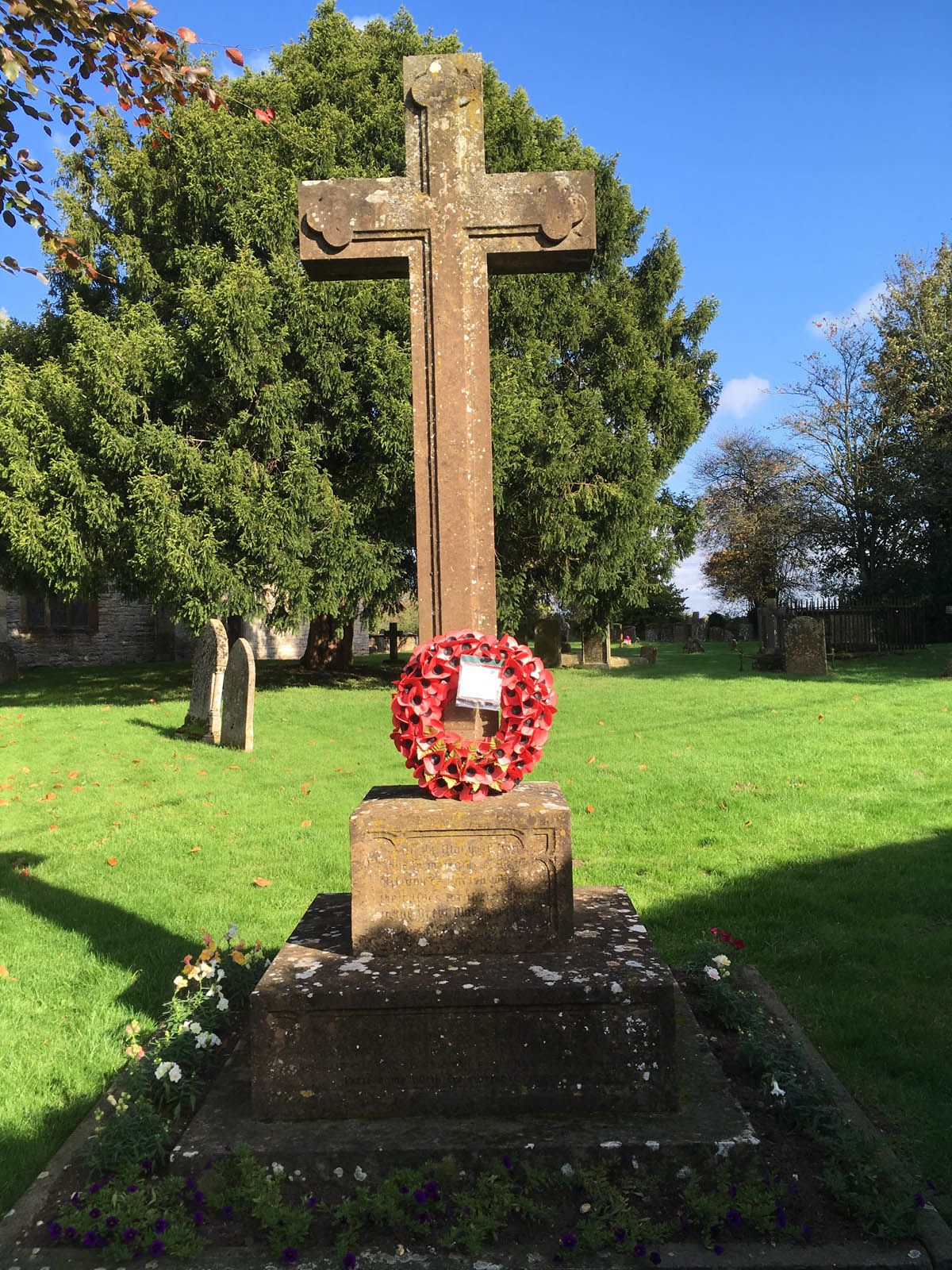 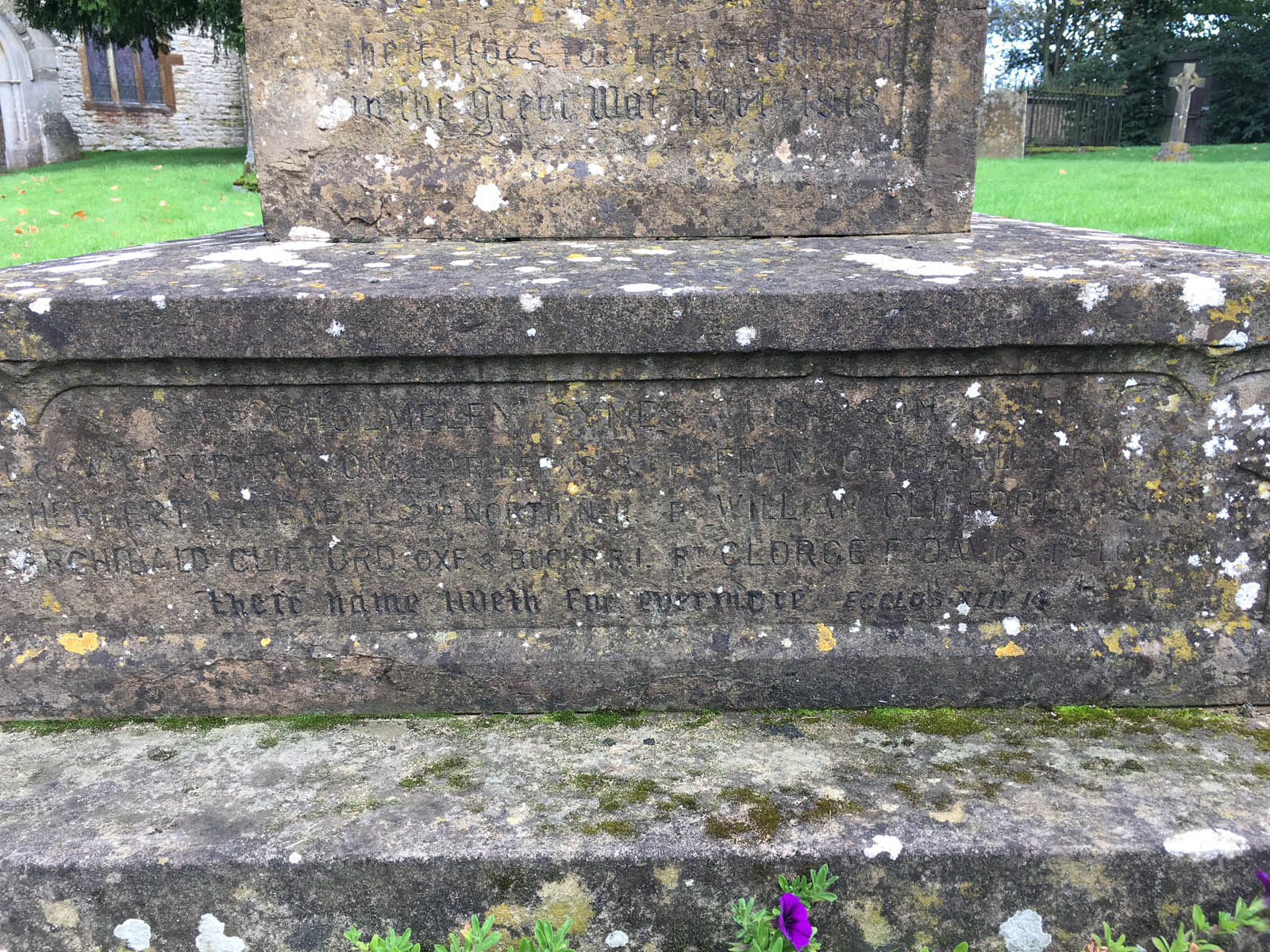 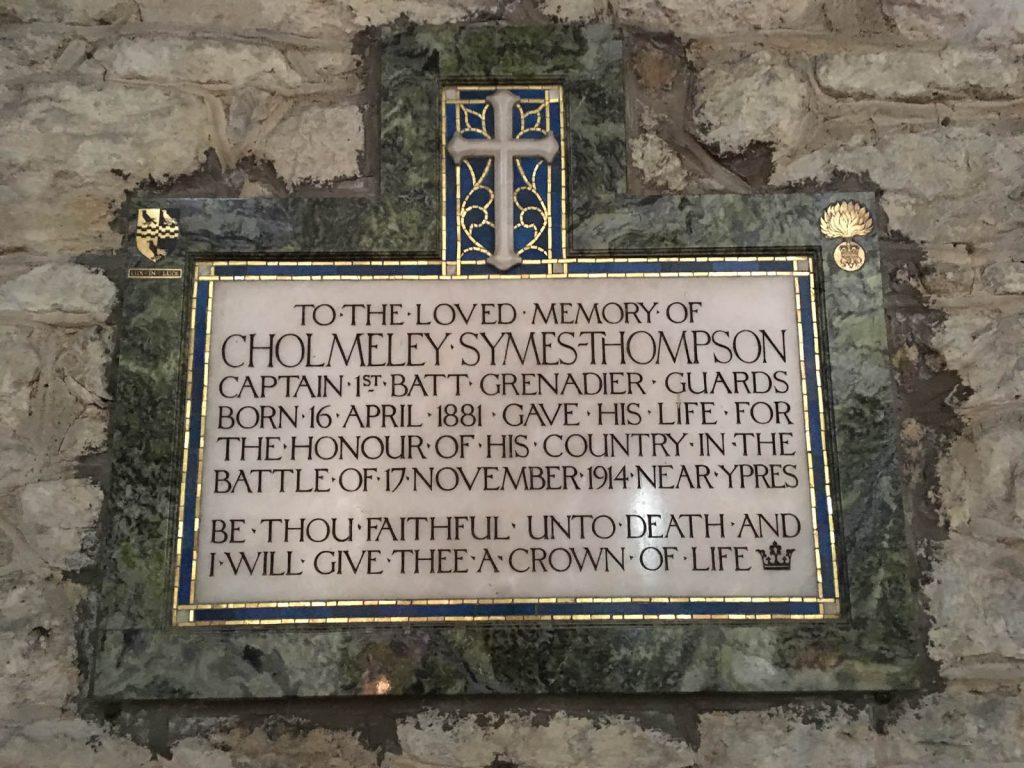 Survey and photographs courtesy of: Alison Treacy and Ben Taylor

With thanks to Mrs Becky Adams, Shelswell Benefice Administrator