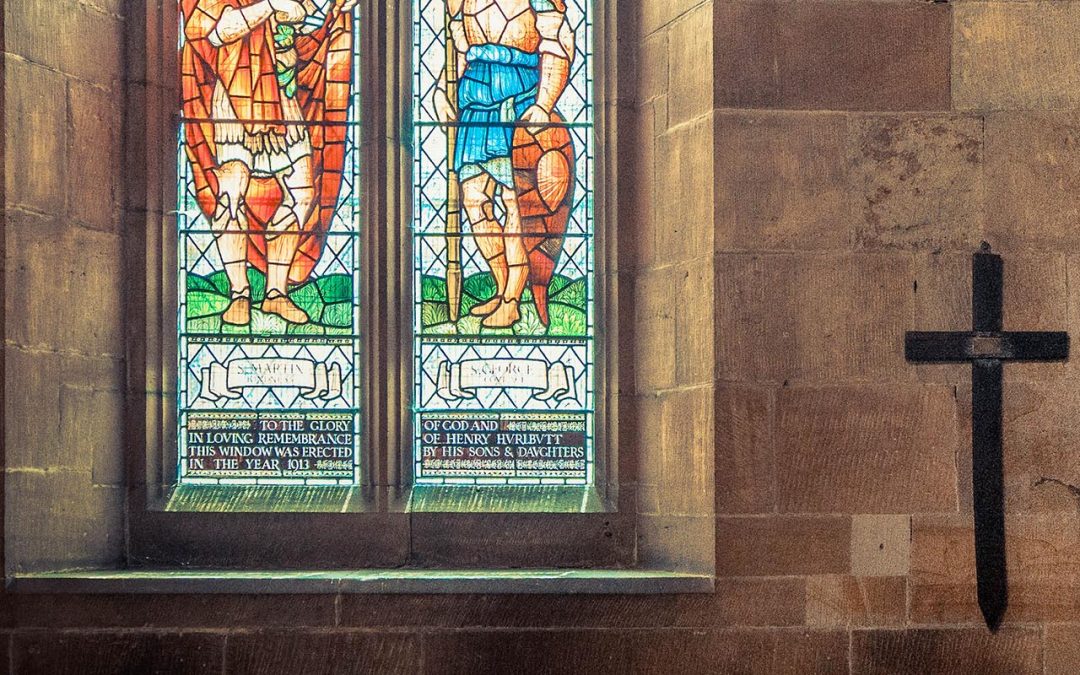 Other information
Mounting to wall: The cross is nailed to the wall quite high up, on the left hand side as you enter the church
Detailing: None
Evidence of use in field (earth marking, cracking, staining, shrinkage): Unable to establish if used in the field
Surface insertion depth (into ground if apparent):
Finish (varnish, paint, oiled, unfinished etc): Dark stained standard cross
Condition (cracked, paint peeling, woodwork, damage etc): Good condition no obvious signs of decay.

Biographical details, notes and observations:
On investigation it transpires that the mans name as listed on the CWGC site is Herbert Hamilton Croft not Crofts. Service Number M/376199. He was a private in the Royal Army Service Corp 16th GHQ Reserve M.T. coy. He was the son of Robert and Jessie Croft of Eastwood , Hawarden, Chester. He died of pneumonia and is buried in Dunkirk Town Cemetery.

We made specific arrangements to visit the church and Paul Temple kindly and enthusiastically showed us around. He would like the cross to be in a more prominent and featured position in the church. We noticed further along on the other side of the door were British Legion Flags and told him that in other churches these are draped over the cross. He advised that he would have to get special permission to be able to do that.

The church is next door to the Gladstone library and is where William Gladstone Prime Minister worshipped and was married. There is a lovely stained glass window depicting the nativity. This was the last work of Edward Burns Jones a family friend. It was placed in the church one week after Gladstones funeral and the artist died two weeks later.

In the church is a Holy Rood screen and below a memorial tablet to Lt. W.G.C. Gladstone MP grandson of the Prime Minister, given by his Mother and Sisters (see Photograph for full tablet) his motto thereon “It is not the length of existence that counts but what is achieved during that existence however short” Words just as relevant today. He was killed in action and buried in Laventie France on 13.4.15, but exhumed and interred in the family enclosure at the West end of old ground in the church grounds.

In the church grounds there is a large memorial cross to those who fought in the boer war. There is also the grave of a man who was in the Crimea war and was in the charge of the light brigade, he died when he was in his 80’s.

There are quite a no. of CWGC burials in the church grounds. A small no. of WW1 but nearly 50 WW2. 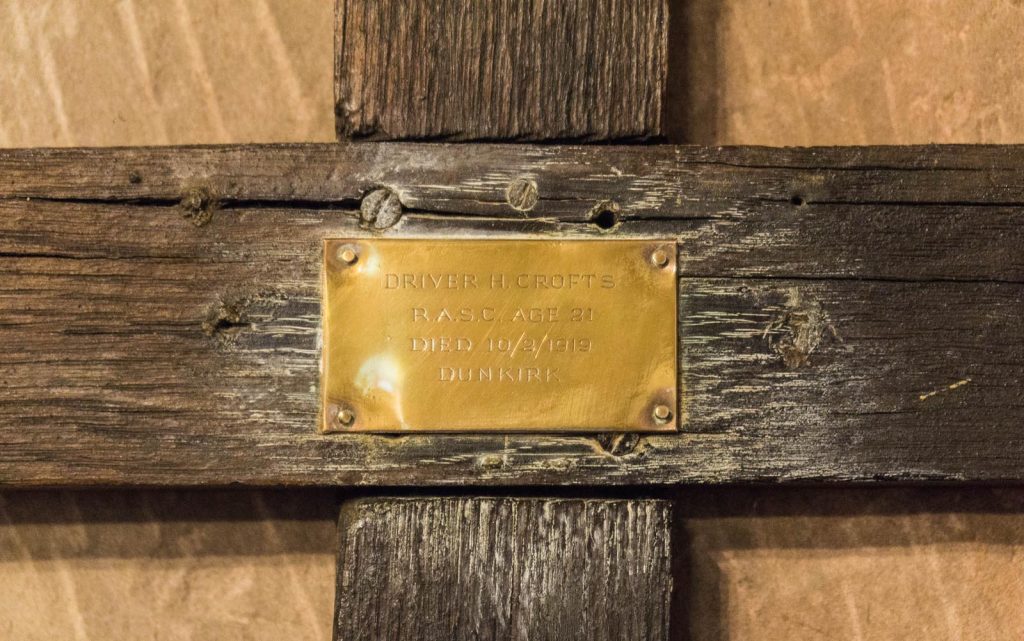 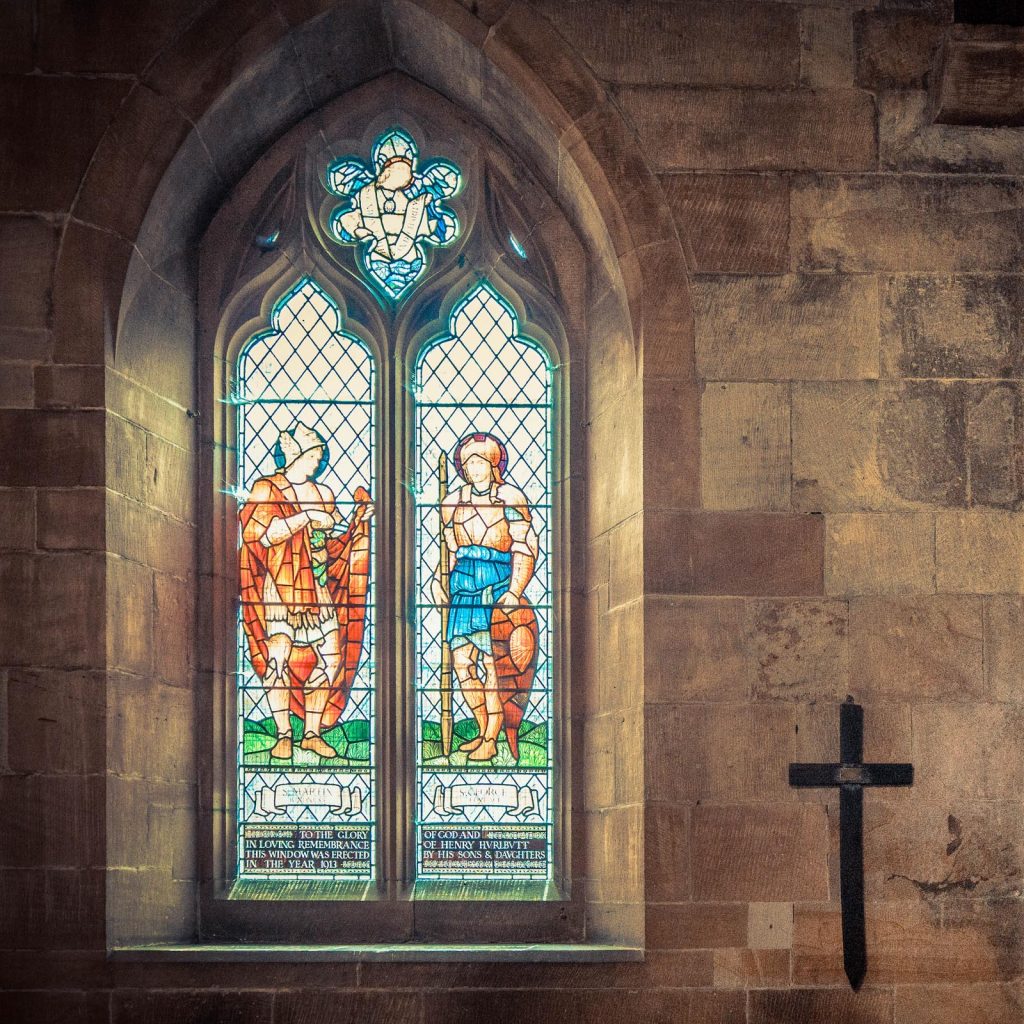 Survey and photographs courtesy of Margaret Draycott and Beverley Goodwin
Date of survey:21.9.2016 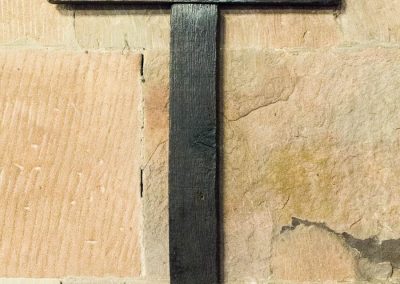 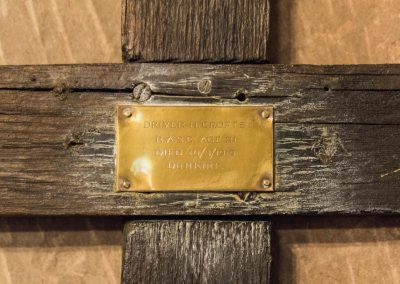 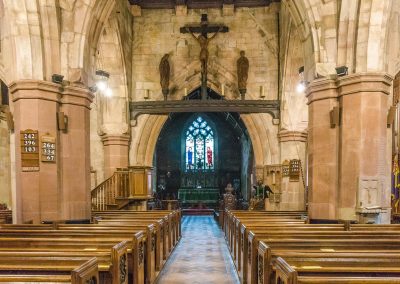 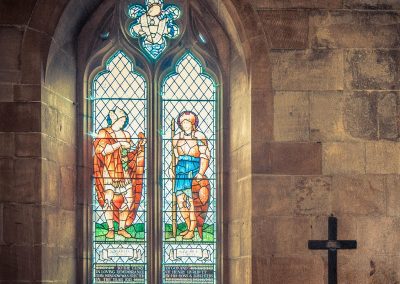 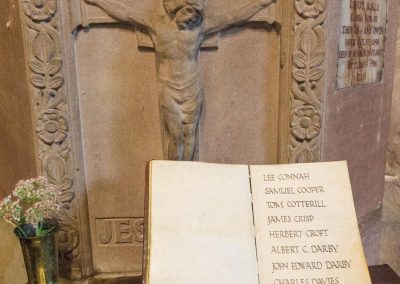 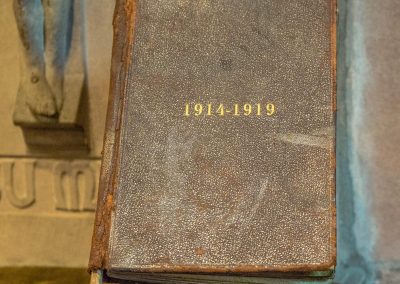 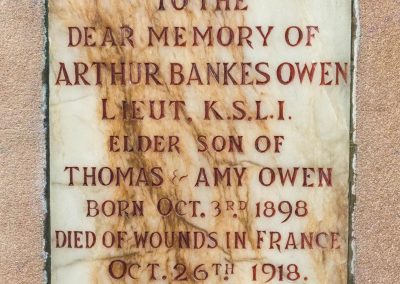 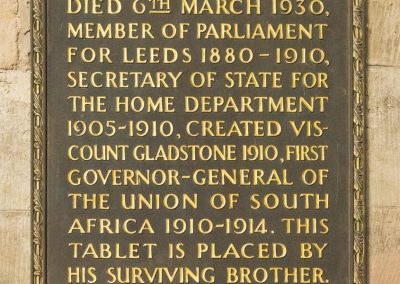 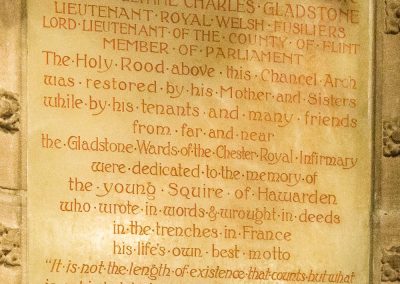 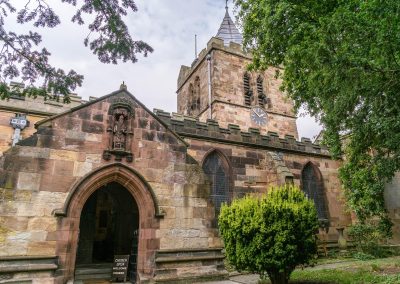