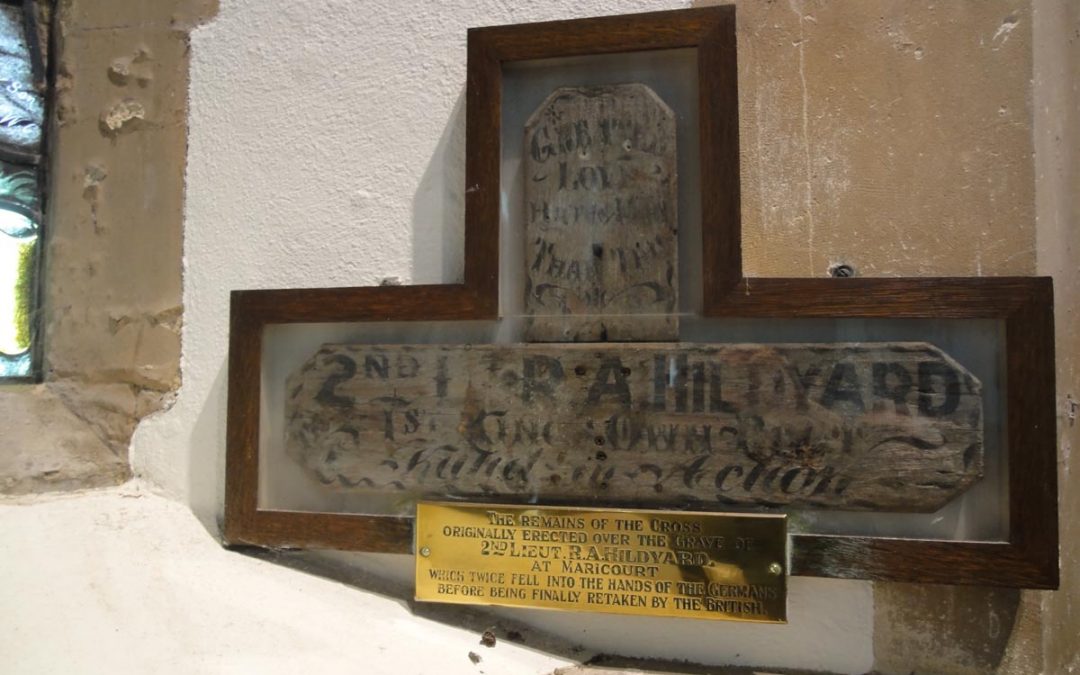 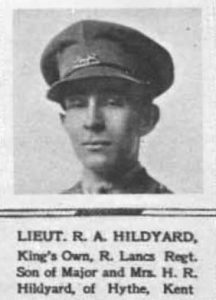 Cross dimensions (millimetres please) Only the top of the cross exists and is encased in a glass frame cabinet, wall mounted. I could not retrieve any measurements (SD)
Cross beam width: 530 (AP)
Width of wood: 40 (AP)
Thickness or depth: 144 (AP)
Other information
Mounting to wall: In a glass frame cabinet mounted on the wall
Evidence of use in field: N/A
Surface insertion depth: N/A

Finish: unvarnished, black painted lettering, mostly italics and very nearly illegible
Condition: What remained of the cross was not in a good condition, wood deteriorated

Below is a gold plague which says the following;

THE REMAINS OF THE CROSS
ORIGINALLY ERECTED OVER THE GRAVE OF
2ND LIEUT R.A. HILDYARD
AT MARICOURT
WHICH TWICE FELL INTO THE HANDS OF THE GERMANS
BEFORE BEING FINALLY TAKEN BY THE BRITISH

Located inside the church door on the left hand side.

The cross is next to a glorious stained glass window erected to the memory of R.A. Hildyard. It is the picture of Christ on the Cross, and alongside, lies a soldier in First World War battle dress with a bayonet, and he touches the feet of Christ. He looks asleep rather than dead.

The wording is as follows;

THIS WINDOW IS ERECTED IN LOVING MEMORY OF ROBERT AUBREY HILDYARD 2nd LIEUT Btn THE KINGS OF ROYAL LANCASTER REGT WHO WAS KILLED IN ACTION ON THE SOMME DEC 20th 1916 AGED 19 YEARS.

Just below the cross of Jesus is a scroll with GREATER LOVE HATH NO MAN Which appears on the cross in the glass cabinet.

Robert Aubrey Hildyard was the only son of Major Harry Robert Hildyard and his wife Edith Vivian nee Hersee. He was born in Aylesbury, Buckinghamshire on 4th August 1897, but his father moved the family to Hythe after retiring from the Army. They lived at ‘The Peak’, Hillcrest Road. Robert was educated at Leas Court Boarding School, Folkestone, Malvern College and the Royal Military Academy at Sandhurst. He was gazetted 2nd Lieutenant on 6th April 1916 in the Kings Own Royal Lancaster Regiment.

He served with the British Expeditionary Force in France and Flanders the following June. Acting as his battalion’s Signalling Officer, he had returned from leave only the day before his death and was sheltering in a dug out with 18 year old Second Lieutenant Godfrey James Wilding, King’s Own, Royal Lancashire Regiment of Southampton Row, London when they were both killed by a shell. They are both buried in the Peronne Road Cemetery, Maricourt, on the Somme. (AP)

Photos and Survey: Suzanne Duffy (SD) and Anne Petrie (AP), with thanks. 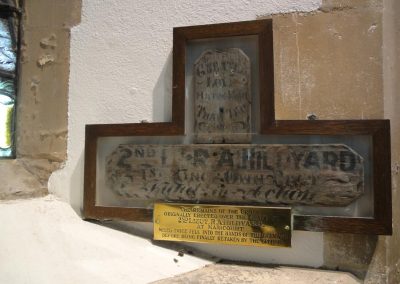 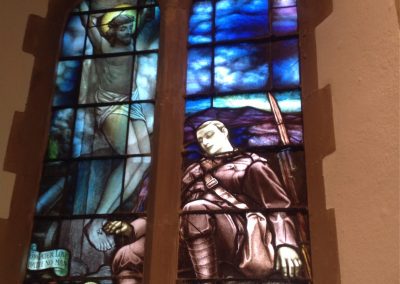 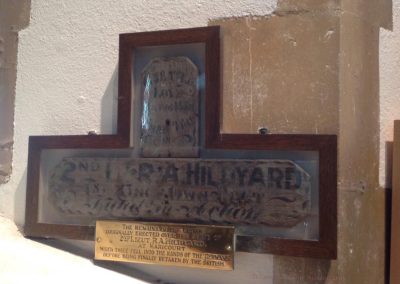 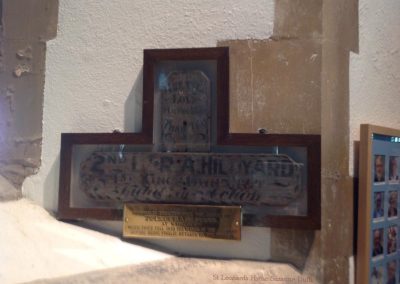