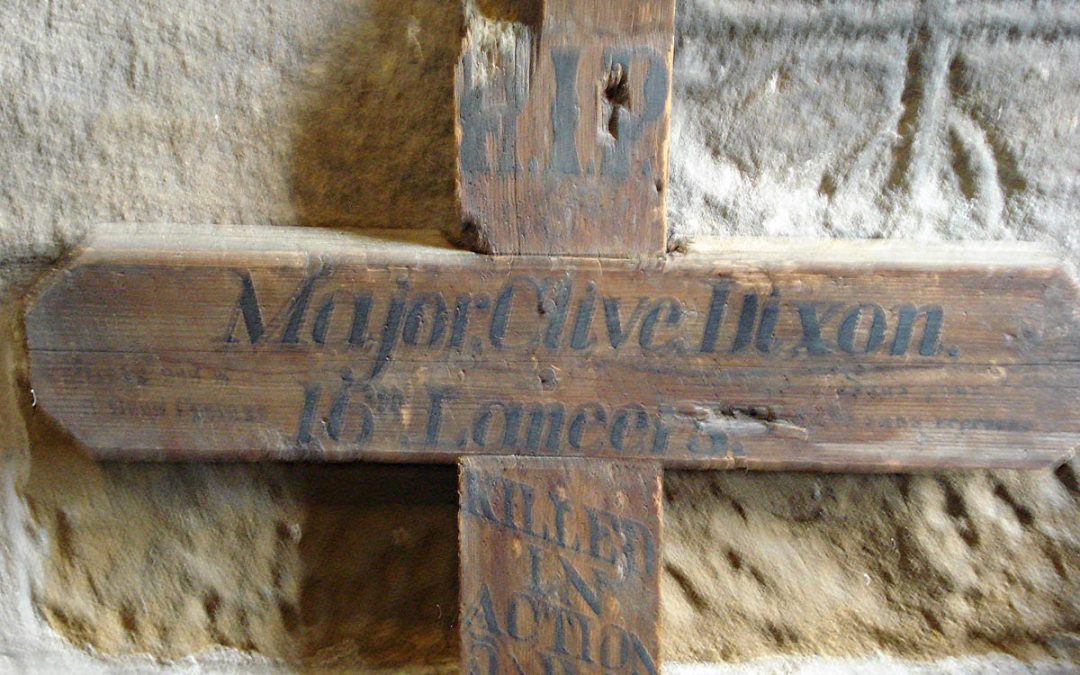 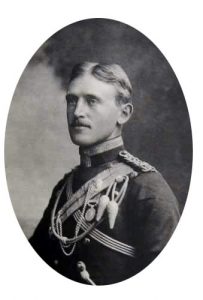 across the centre of the horizontal.

Strong and of good courage on the left hand side and Sans …….. Sans Reproche to the right (partially indecipherable.)

Other information
Mounting to wall: Hanging from the wall in the south transept of the church
Detailing: Complete with a small glass covered plaque detailing the victim’s family
Evidence of use in field Some wear and tear with edges damaged in a few places and some wood rot near the base. The inscription is faded but generally visible.
Surface insertion depth: possibly 200mm
Finish: Plain hard wood with evidence of some varnish.
Condition: Quite good condition considering it’s age.

Other information, notes and observations:
The local history group have produced a booklet listing all the local WW1 fallen complete with biographical details of the dead. This states that Clive Raylton Dixon was the son of a local shipbuilder and former Mayor of Middlesbrough who was a career soldier with the 16th (the Queens) Lancers from 1890 to 1902, serving in India and Africa including involvement in the Ladysmith siege in the Boer War. He was also fine athlete, horseman and an accomplished artist and a member of the RA. Some of his paintings are exhibited in South African Museum.

He re-enlisted in August 1914, despite being relatively old (44) and married with six children. He fought with the Lancers in the Mons and Marne battles and was shot and killed in the first battle of Ypres “attempting to rally retreating French troops” to the left of his troops. He was well respected by his comrades who wrote appreciatively of him. He was also “Mentioned in Despatches” several times for his courage, bravery and patriotism. More details of him and other local fallen are available via www.kgbighistory.org.uk 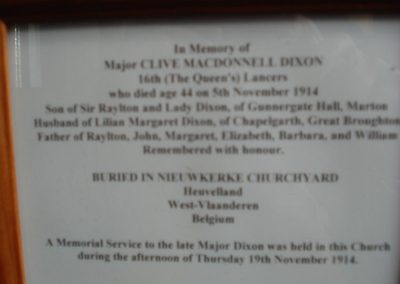 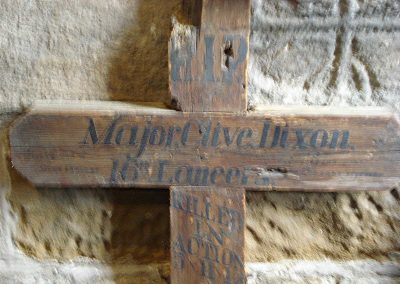 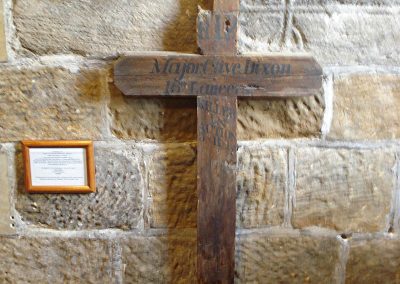