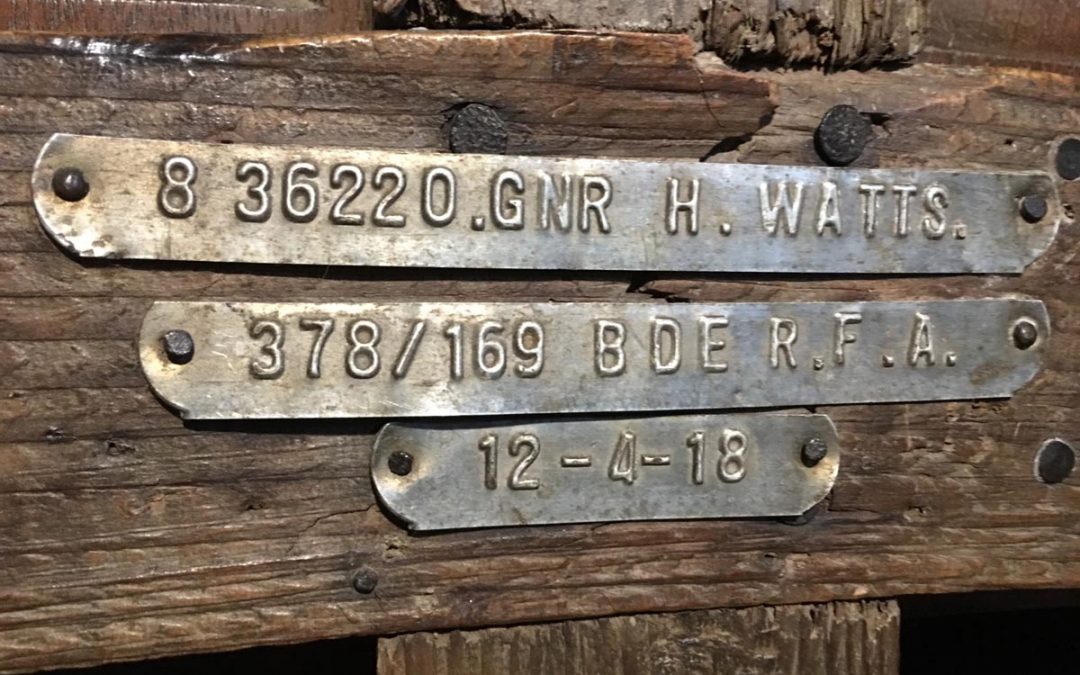 A standard British Army cross with 4 GRU tags. the cross is seated in a filigreed oak setting.

Harvey being Ward of the Rev. Canon Thomas W. Downing indicates a strong direct link to the church.

From the Knowle Local History Society

By July 1918 a decision had been made to restore St. Lawrence Chapel (originally Walter Cook’s chantry chapel in the north transept) as the war memorial. The theme is Victory through Sacrifice, thus the chief ornament is Christ on the Cross over the screen. On the walls, the decoration of which suggests Peace and victory, are four bronze tablets with the names of those who died in the Great War. Those who died h the Second World War and latet conflicts were added later.

The east window was given by Brigadier General Ludlow in memory of his son, Captain Stratford Ludlow, Lt. John Balkwell and Pte. Thomas Cooper, all of whom died on July 1st 1916 (the frst day of the Rattle of the Somrne). The three men are depicted in the window in what are said to be good likenesses. The wooden cross in the south east corner once marked the grave of Harvey Watts (Canon Downing’s ward), who was the senior Scout pattol leader and the greatest loss of all to the troop.

The chapel was designed by W. H. Ridlake, and the work carried out by several local firms, including Braggs of Solihull, which was responsible for the wood work. The east window was designed by NIr. C. E. Bateman. The Bishop of Birmingham dedicated the chapel in June 1927. The Royal British Legion (Knowle Branch) helps to maintain it.

The names of those from the village who died are tead out each year on Remembrance Sunday, togethet with those from the Second World War and later conflicts. Wreaths are laid in the chapel at the end of the service, and those taking patt ifl the procession file past as they leave the chutch.

As we commemorate the centenary of the First \X/odd War, remember our atmed forces still {ighting in foreign fields today, especially those who have died or returned with horrific injuries. Some of them are from Knowle. 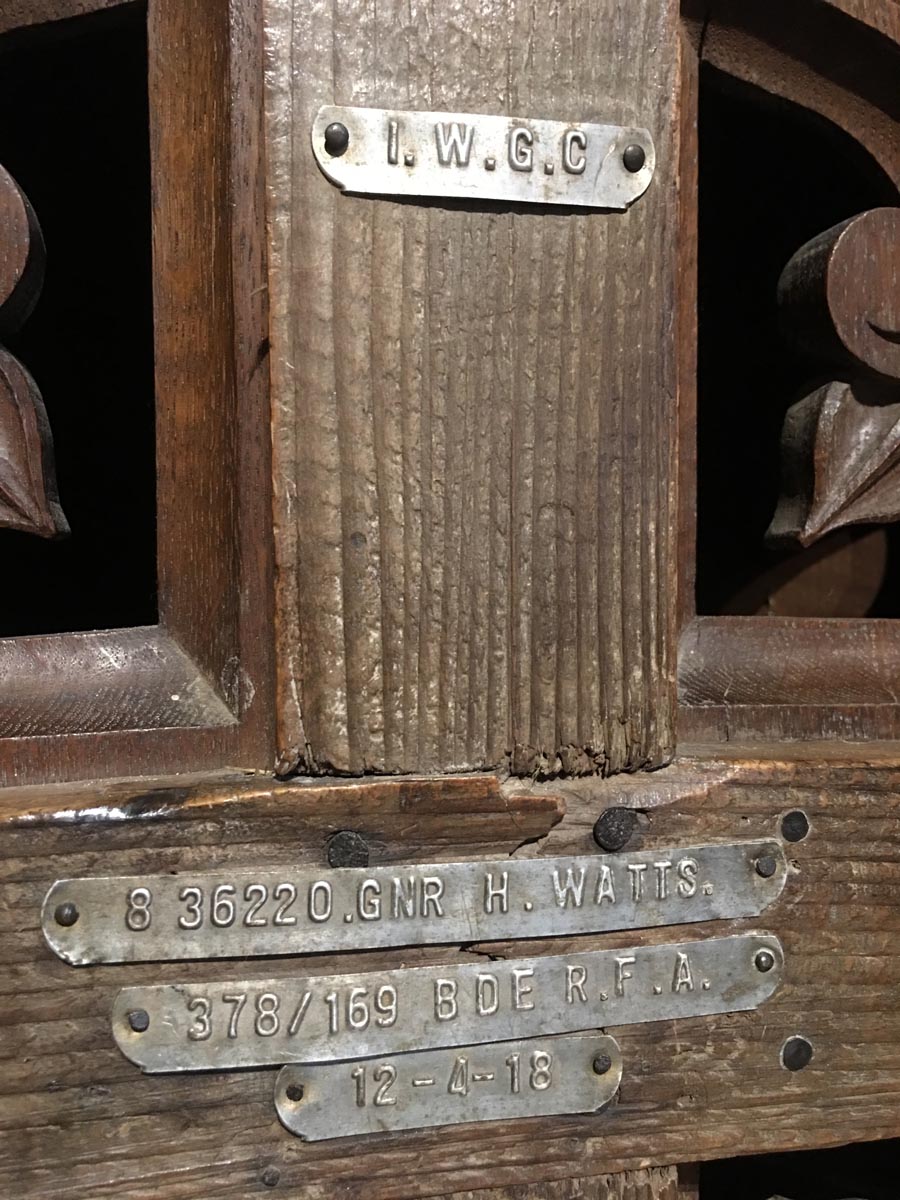 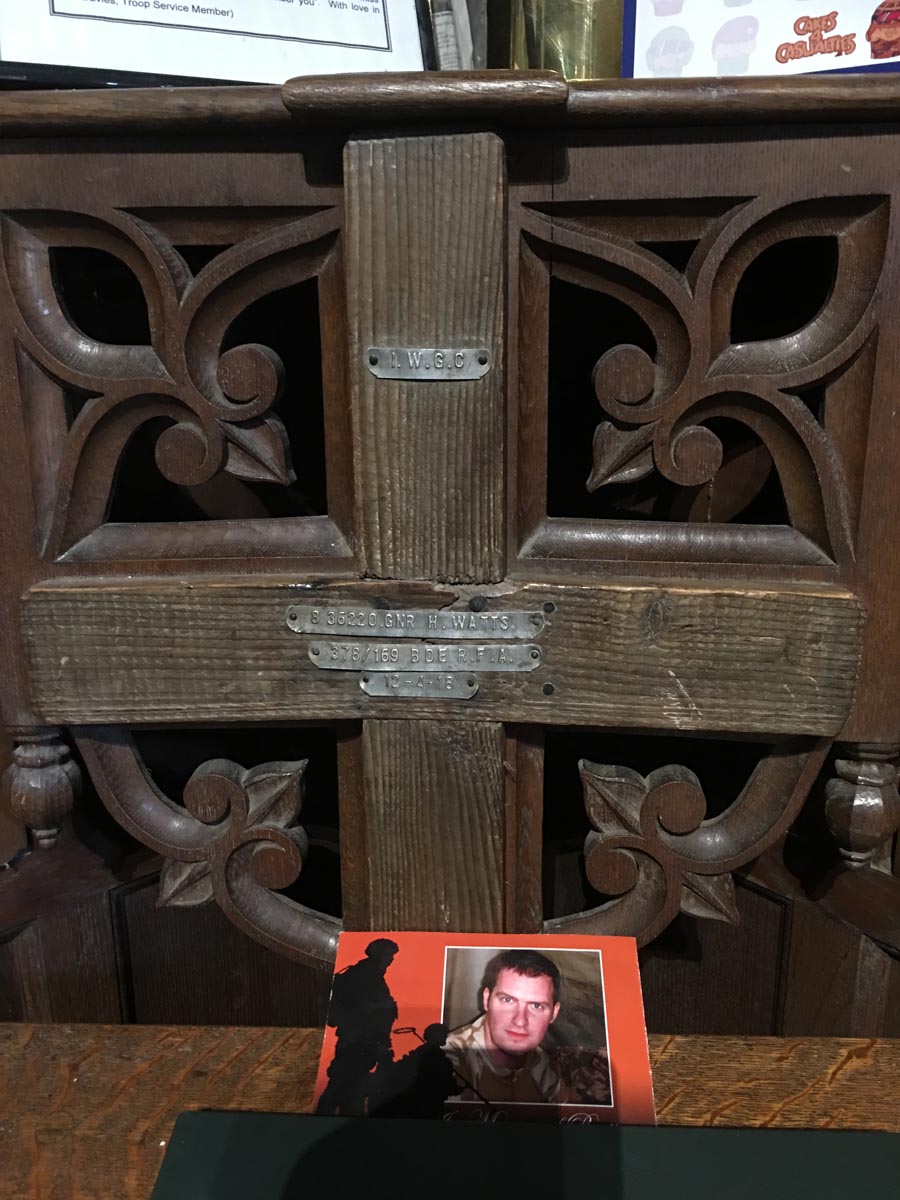