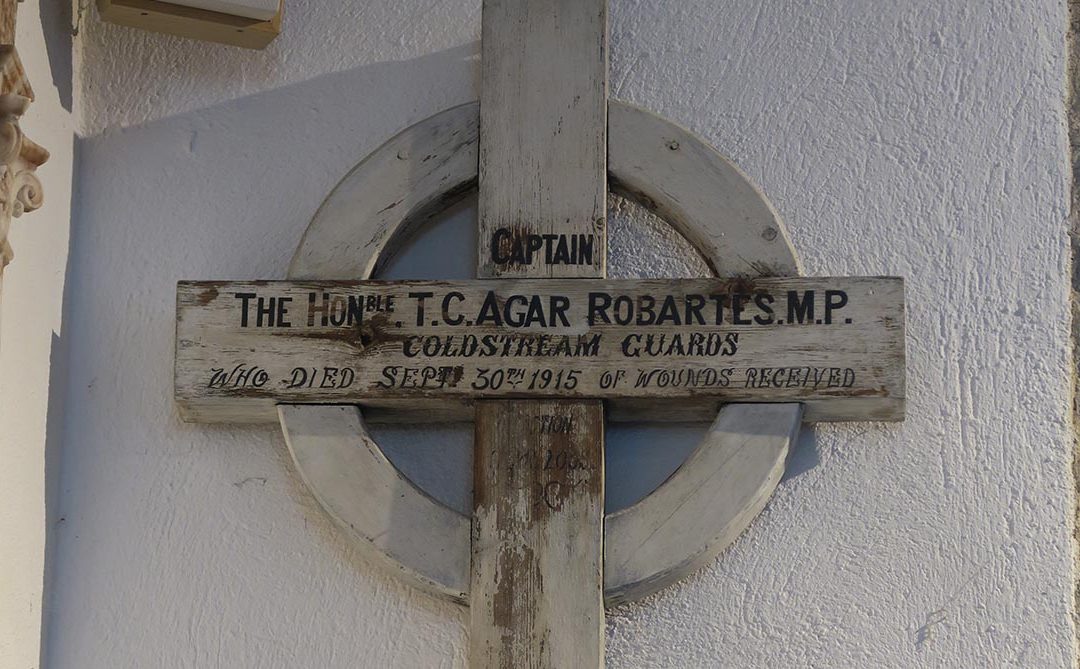 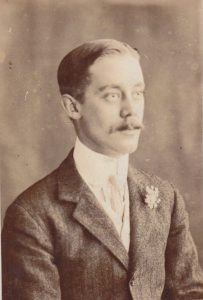 Other information
Mounting to wall: Invisible mounts
Detailing: Celtic Cross
Evidence of use in field: None
Surface insertion depth: Not visible, may have been sawn off or removed, older photos show it as longer.

Condition: Paint has worn, and is patchy, generally solid condition.

Other information, notes and observations: Thomas Charles Agar Roberts was raised in Lanhydrock, studied at Oxford and became a member of Parliament. He volunteered for the Devon Yeomanry at teh outbreak of the war, then joined the Royal Bucks Hussars. Once he realised they were to be stationed in Britain he joined the Coldstream Guards. he embarked for FRance on the 13th february 1915.

Plaque states: CROSSES TRANSFERRED FROM THE GRAVE IN THE MILITARY CEMETERY AT/ LAPIGNEY, NE FRANCE WHEN A PERMANENT HEADSTONE WAS PLACED/ THERE BY THE IMPERIAL WAR GRAVES COMMISSION IN 1923.

He was commissioned a second-lieutenant in the Royal 1st Devon Imperial Yeomanry on 4 June 1902. At the outbreak of World War I he joined the Royal Bucks Hussars as an officer. Tommy then joined the Coldstream Guards and was subsequently posted to France & Flanders. Captain The Honourable Thomas Charles Reginald Agar-Robartes, in command of No. 2 Coy, 1st Bn, the Coldstream Guards, was wounded in the Battle of Loos on 28 September and killed by a sniper on 30 September 1915 after rescuing a wounded comrade under heavy fire for which he was recommended for the Victoria Cross. He is buried in Lapugnoy Military Cemetery, near Béthune. He is commemorated by a memorial in Truro Cathedral and in stained glass at Wimpole and Church Norton. His younger brother Francis later succeeded their father in the viscountcy. (Wikipedia)

Photos: Andrew Macdonald. These show both the cross and Agar Robartes room in Lanhydrock. 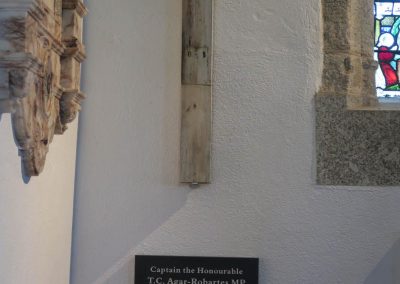 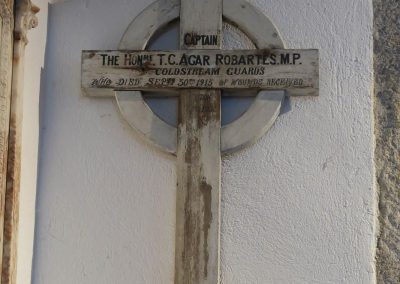 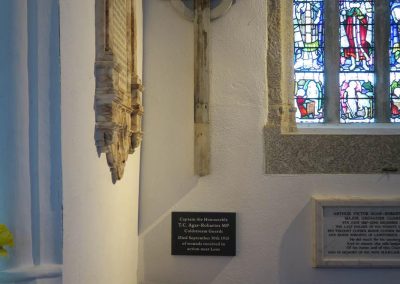 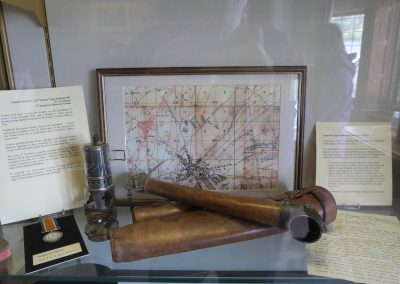 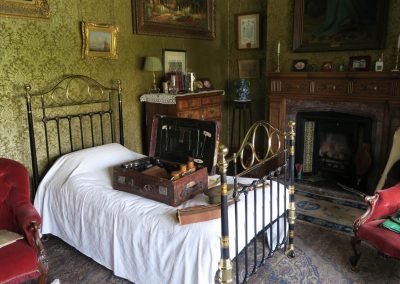 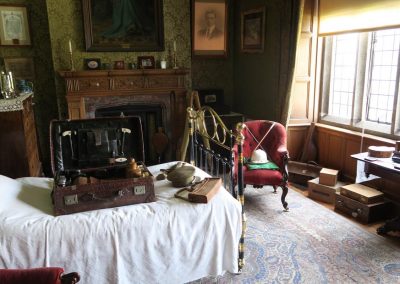 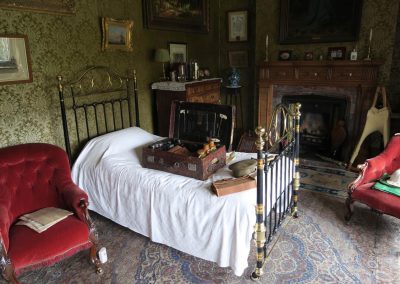 Photos: Andy Arnold – these show the cross and incude one photo of the cross with a longer tail. 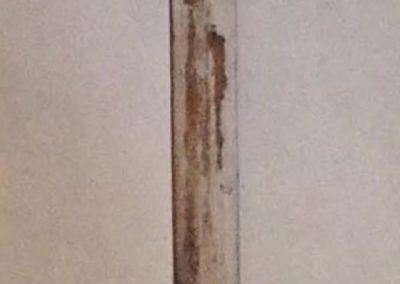 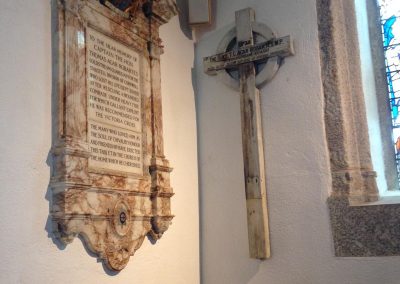 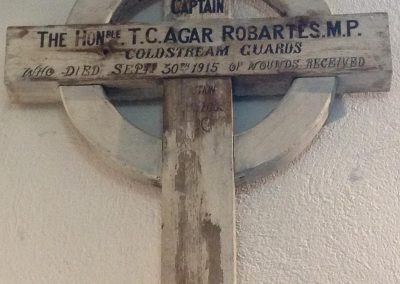 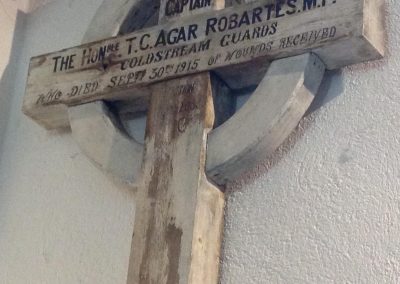