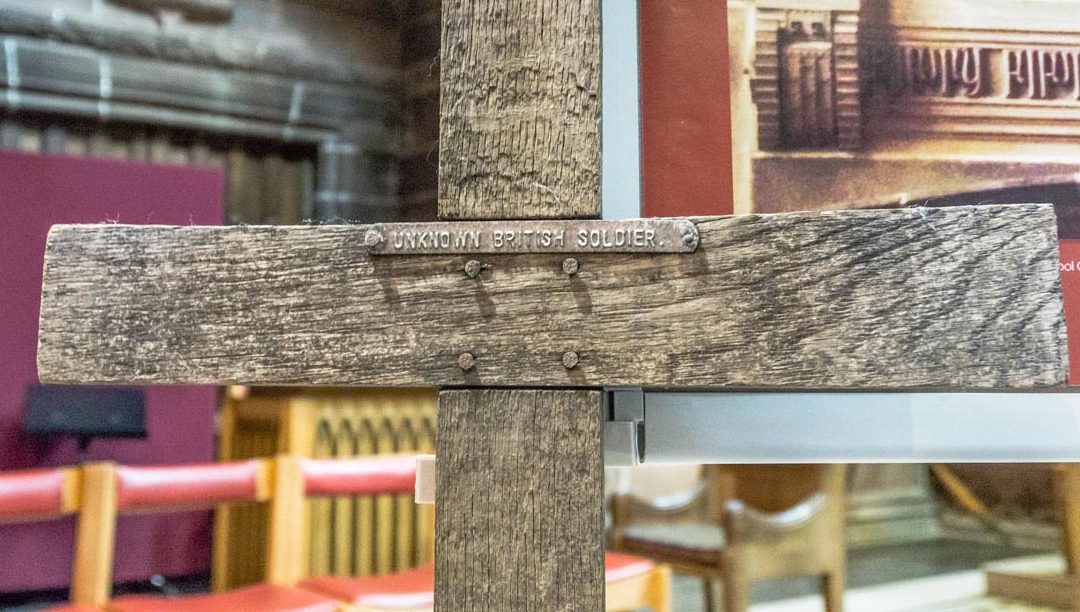 Presented to the cathedral in a special ceremony on July 16th 1931 by Sir Fabian Ware.

further down the shaft a tag with

on the cross member there is a tag

Other information
Mounting to wall: The cross was on display as part of a wider exhibition of Cathedral WW1 memories, to men who served in the first world war, one of them being her Grandfather ( Sergeant Richard Lynam) who had connections to the Cathedral. There is a very detailed booklet to these men available in the Cathedral. The cross is not on permanent display but is kept in the archives and is used by schools doing projects on the first world war and for any commemoration services such as Rememberance Sunday. The cross was free standing resting against the display boards 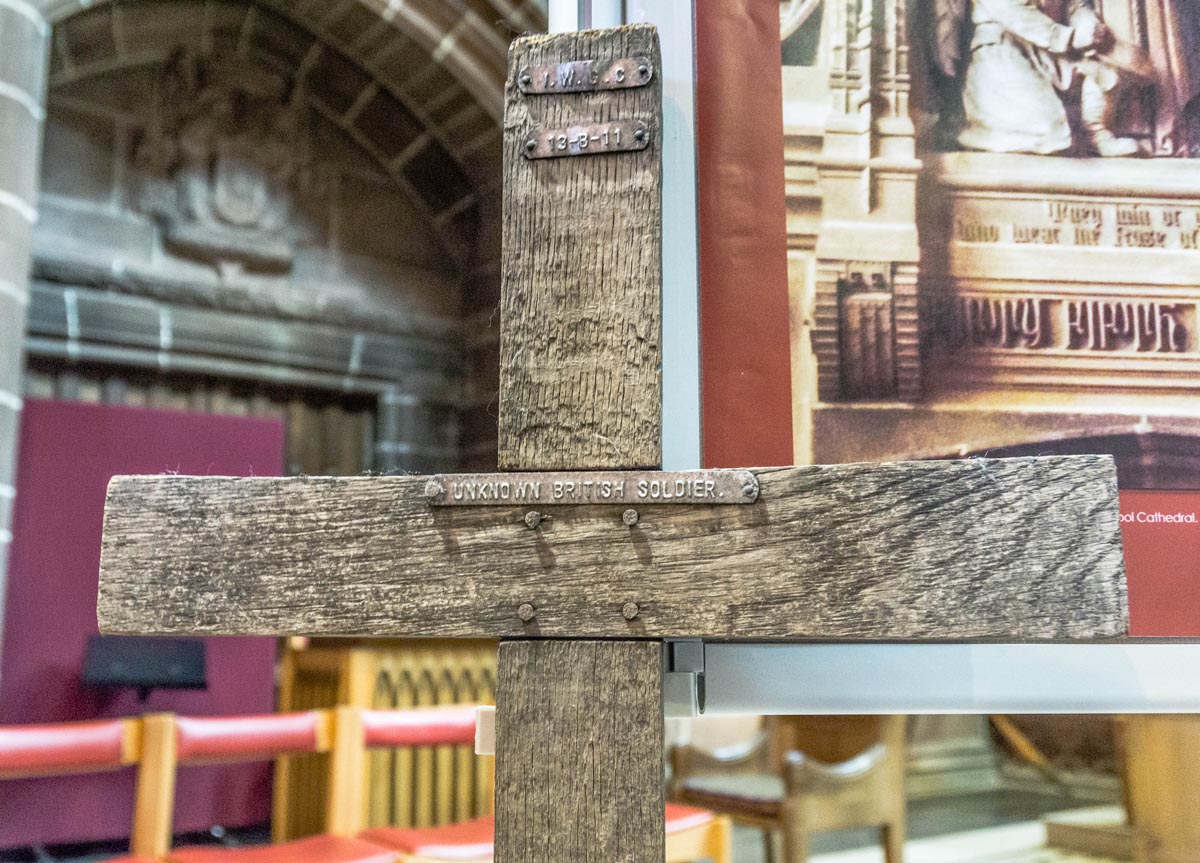 Notes and observations:
We paid a number of visits to the Cathedral to establish the whereabouts of the cross, as it is not on permanent display. We were put in touch with Cannon Val Jackson the archivist at the Cathedral, who was a great help to us. She invited us to the Cathedral to see the display on the first world war which included the cross. Val had done a tremendous job of research and admitted to us that the wars of the 20th century had been a steep learning curve for her. She did a display last year to commemorate the nurses who served and died in the first world war, who are remembered in the Lady Chapel. Next year she is planning an Exhibition on the Chavasse Family running from 12th September through to 8th October 2017.

The exact origin of why the cross is in the Cathedral is not known but Val gave me the following information:

A service was being planned by Archdeacon Howson. Major General Sir Fabian Ware, KCVO; KBE; CB; CMG; Vice-chairman of the Imperial War Graves Commission was invited to preach at the service July 16th 1931 at 8.00pm. The service was titled ‘The Pilgrim’s Service and took place in the memorial Chapel near to the Cenotaph. During the singing of the Hymn “I vow to thee my country,” the cross was taken from the altar and delivered to Sir Fabian Ware who took it in silence to its honoured place on the main altar.

There is a memorial to the 55th West Lancashire Division, in the Derby Transept of the Cathedral “They win or die who wear the rose of Lancaster fifty fifth division” Motto.

Survey and photographs courtesy of Margaret Draycott and Beverley Goodwin
Date of survey: 18.10.2016 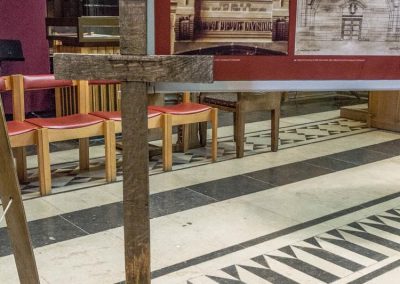 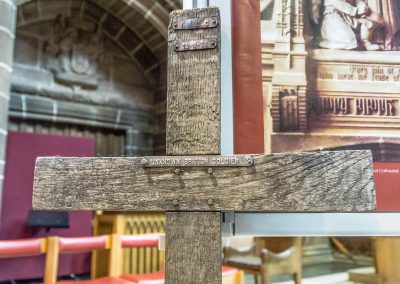 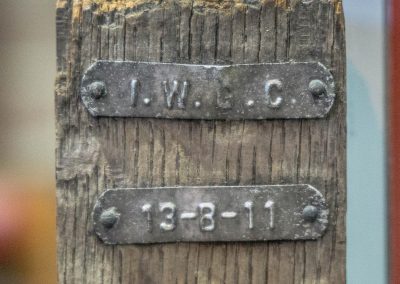 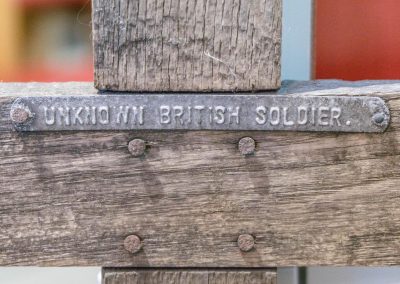 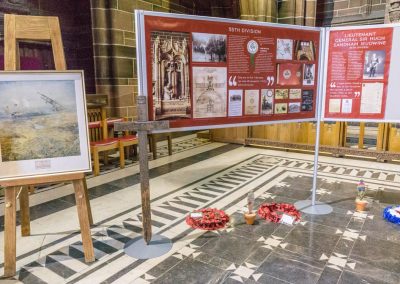 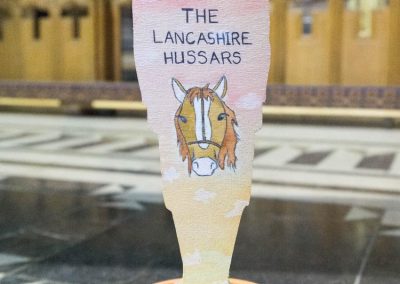