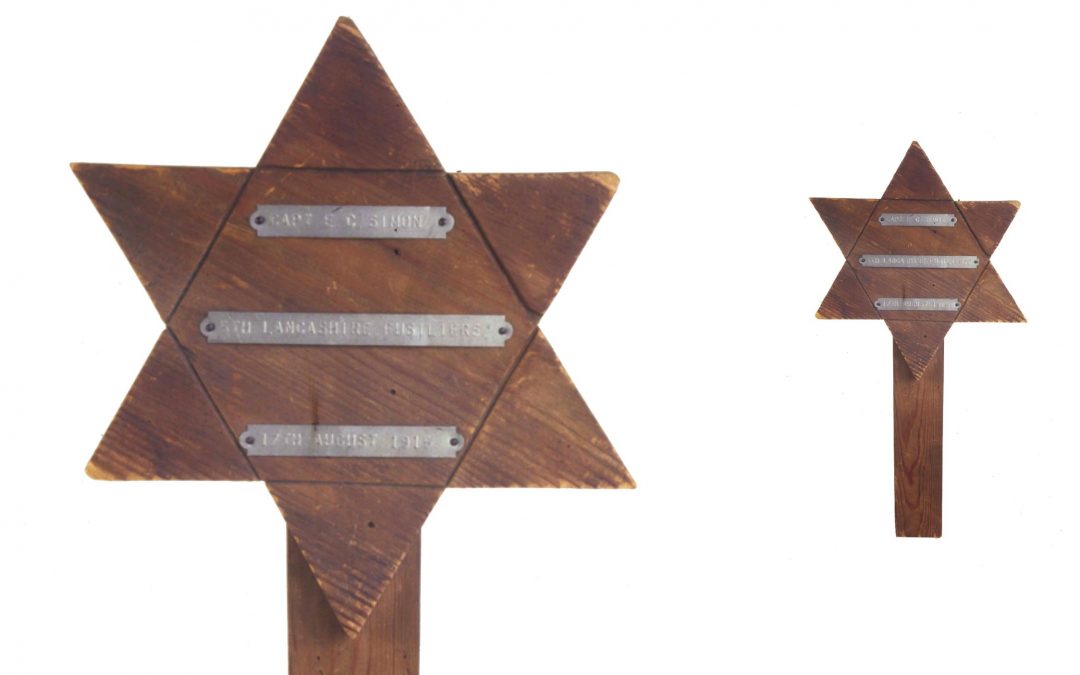 Other information, notes and observations:
Above data taken from photograph via email from Museum.

He went to school at Bedales and is remembered on their website in some detail here.

An extract here:
“Eric’s grand-daughter Deborah recently explained “He was, apparently, a very gentle person. … The idea of war and killing must have been horrifying for him, but he decided to join up … he could not bear the thought of not doing his bit.”  In January 1915 Eric was commissioned as a Second Lieutenant in the Lancashire Fusiliers and in April was promoted to the rank of Captain.  The battalion was in France by May.  Unfortunately his officer’s file does not survive in the National Archives so I haven’t traced his progress but August found him near Albert on the Somme.  He was reconnoitring on the evening of 16th and was shot by a sniper; he died next day in the Field Ambulance and lies buried in Millencourt Cemetery” 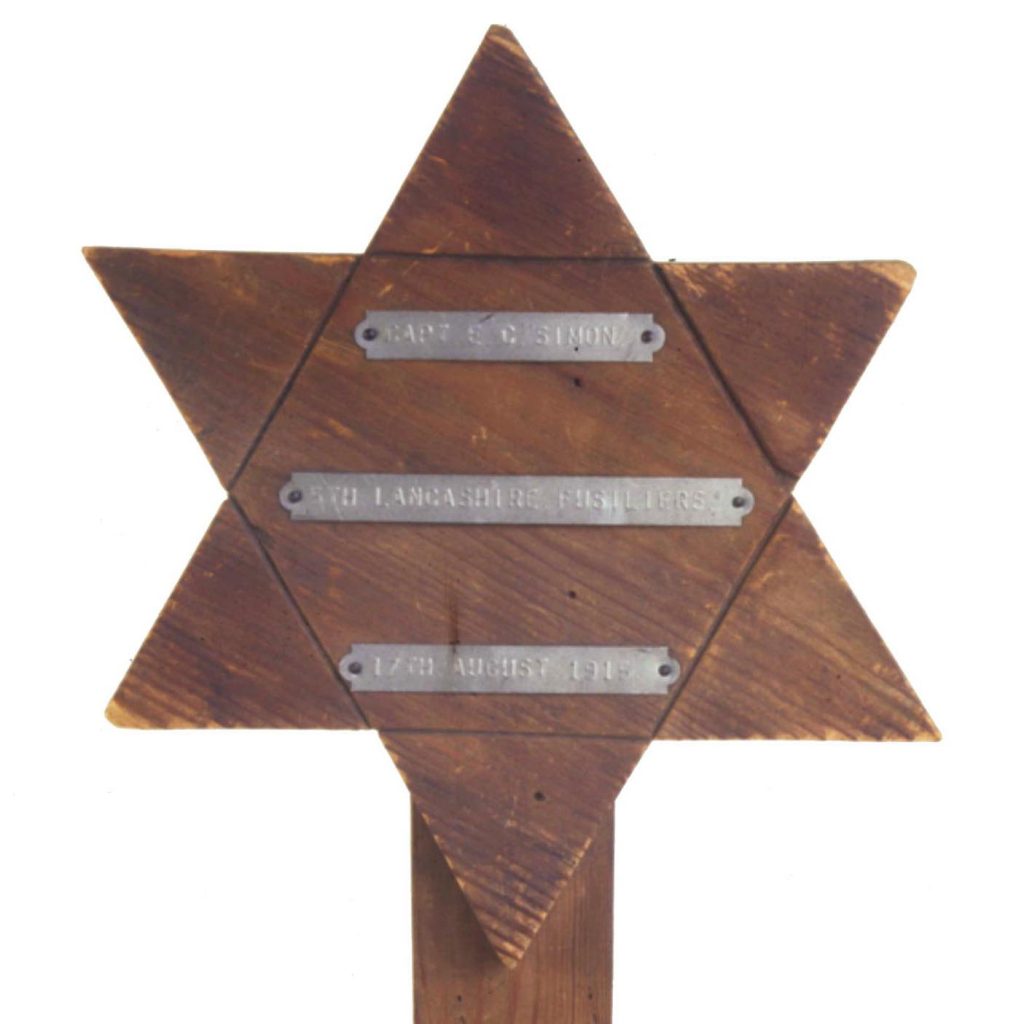 He was subject to a reburial although it would appear it was from the vicinity of Millencourt.

The inscription on his grave at Millencourt reads: Dear husband of Winifred R Simon “Maitri”
Maitri may be a reference to the Hindu word meaning ‘Loving Kindness” or could be a pet name, it is unfortunately impossible to know now.