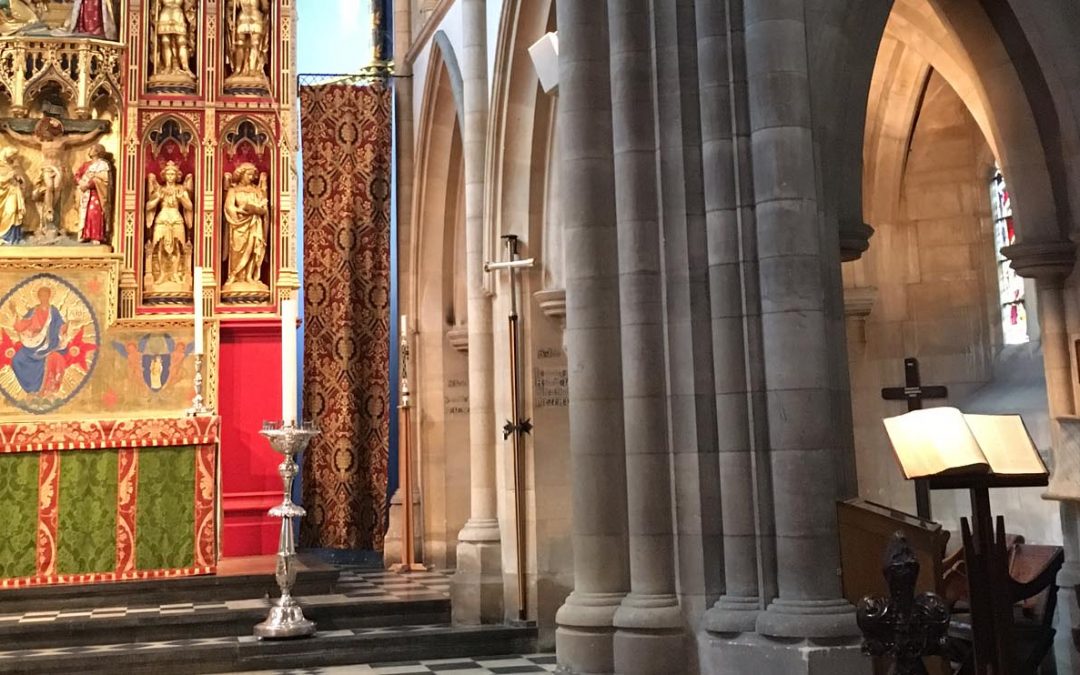 Other information:
Mounting to wall: Hung from a hook at the top of the cross
Detailing: None
Evidence of use in field: None
Surface insertion: N/A
Finish: Stained dark brown
Condition: Good

Other information:
Marlborough College is an independent boarding and day school, founded in 1843.
Former pupils are known as Old Marlburians. During WWI, 749 members of the Marlborough community (pupils, beaks and staff) lost their lives, an extraordinarily high number for a small educational community, beaten only by one other establishment, Eton.
The College holds comprehensive records for the 749, in particular handwritten Rolls of Honour, kept in a Memorial Hall built to commemorate the lost Old Marlburians. Each entry consists of a photograph (where available) and a citation.  Around the inside wall of the Memorial Hall, all 749 names of those lost are inscribed. The archive has been digitally recorded, so that it is accessible and searchable. A link to the College’s site is here: http://archive.marlboroughcollege.org/

John Lindsay Kelsall, the son of H. Kelsall Esq. of Rubislaw Crieff, was born 13th August 1891 and was at Marlborough College (Preshute) from May 1905 to December 1909.

Gazetted 2nd Lieutenant Army Service Corps 28th August 1914 and transferred to Royal Field Artillery in the rank of Captain on 7th February, 1917. He was killed in action aged 26 on 28th August 1917 in Flanders during the Third Battle of Ypres. He was mentioned in dispatches.
He is buried in the Huts Cemetery, Ypres, Belgium and the epitaph on his gravestone reads “Died at the guns heartening his men at Zillebeke Lake”.

He was a native of Crieff, Perthshire and was the son of Henry and Mary Kelsall (nee Dallas) of Moss Side Estate, Rochdale, Lancashire.

I do wonder why Lt Kelsall’s cross ended up at Marlborough College, and not in his home town or village? The College does not have any information to help answer this question. I also wonder why, when the College went to such remarkable measures to commemorate all 749, they only accepted custody of one single grave marker?

Note: Kelsall was at the college Link here 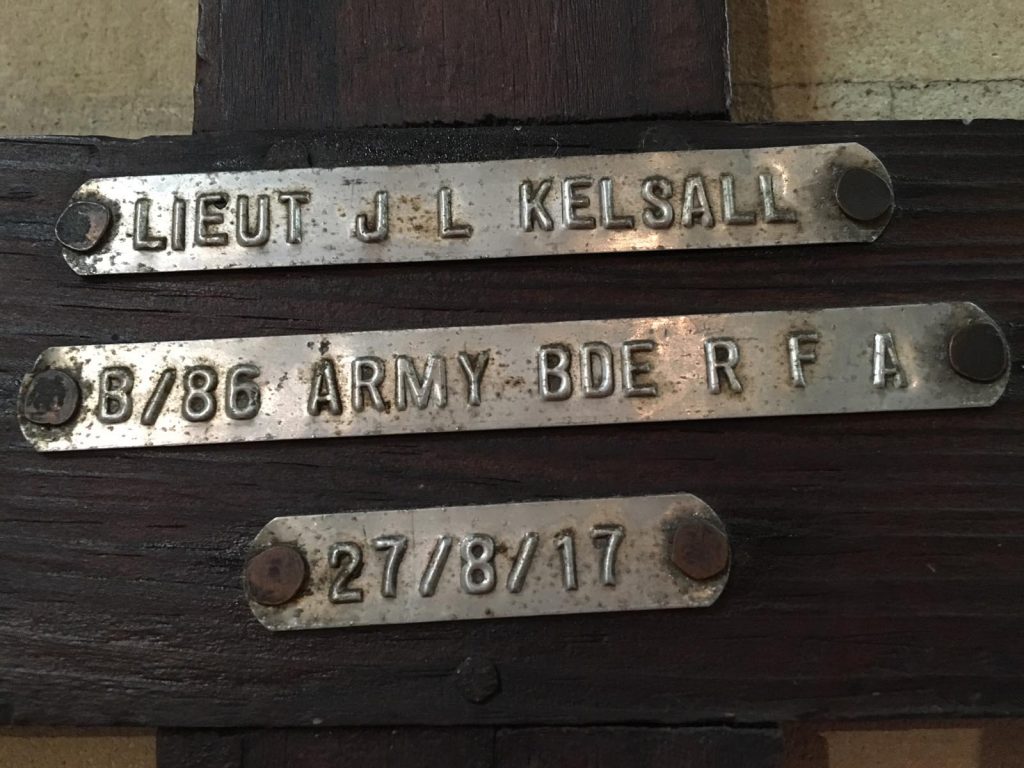 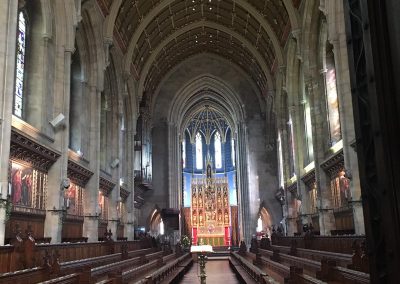 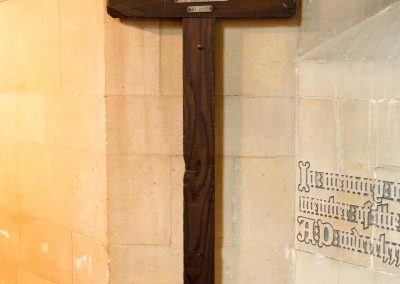 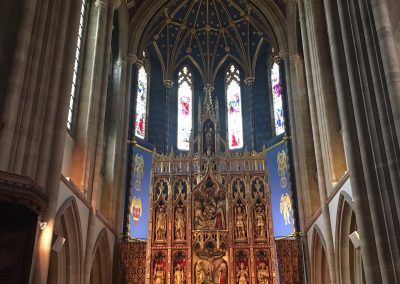 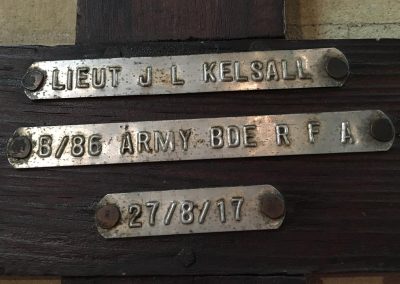 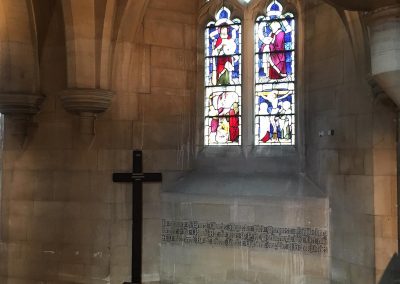 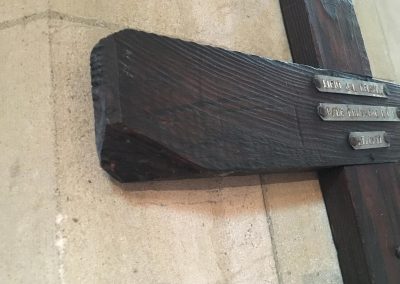 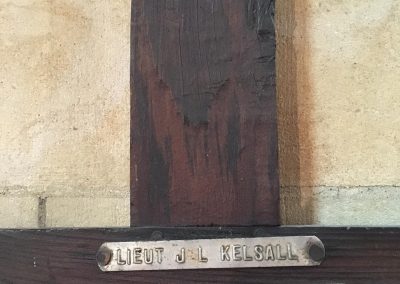 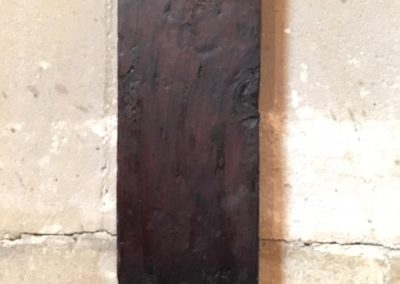 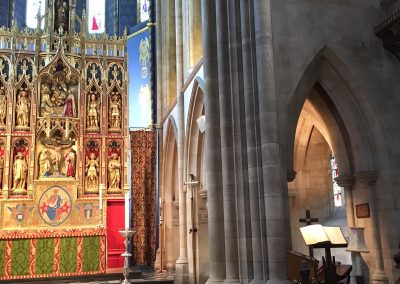 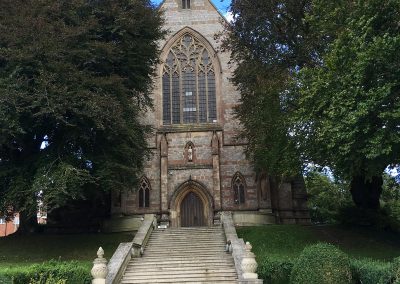 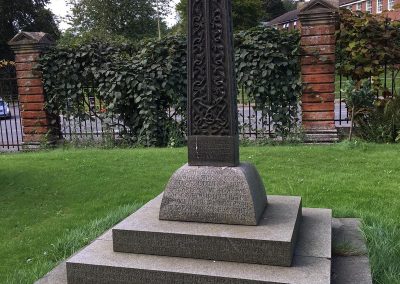 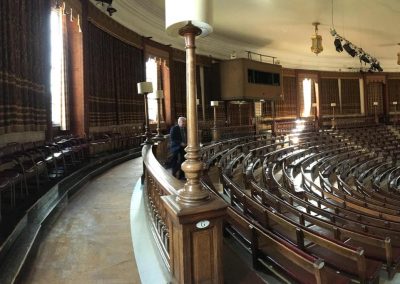 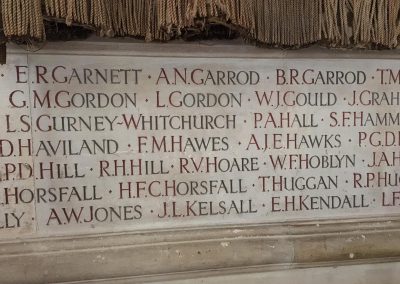 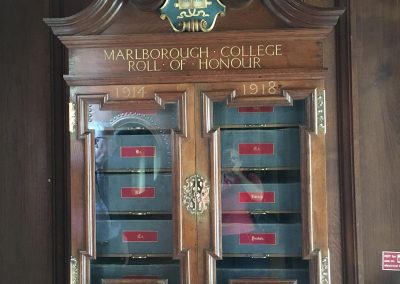 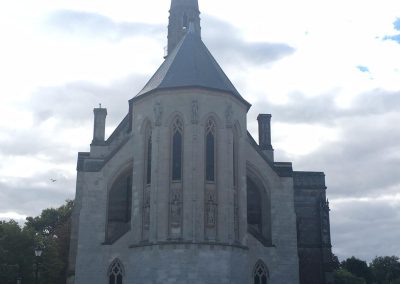 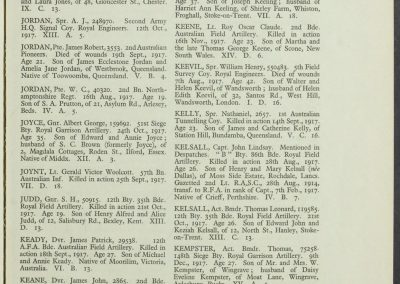 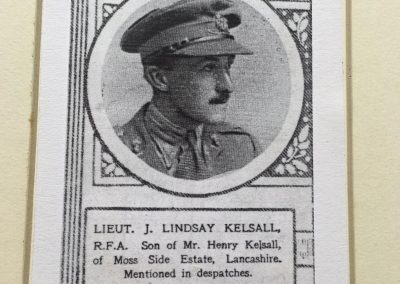 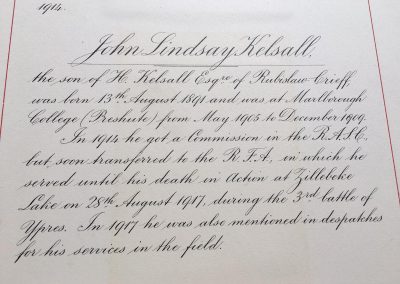 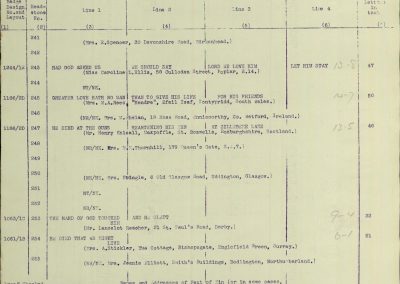