Details below are from Maggies Website (weblink) – well worth reading more here too.

DOWN George Arthur – Private, Buffs (East Kent) Regiment, 1st Bn. Killed in action on 7th July, 1917 aged 33 at Flanders . Buried at Philosophe British Cemetery, Mazingarbe. Photo of grave  here. On the 1911 Census George is aged 26 and living at 3 Pentlow Street, Lower Richmond Road, Putney. Also on the census listing is his father William Down aged 52, no occupation listed but states he was born in Kingston, Surrey. George’s mother is Emily Elizabeth aged also 52. There is a daughter also called Emily Elizabeth aged 25. George’s occupation is listed as house painter. He was born in Putney. On the same census form is George’s brother (see below) Walter. Also at the same address are two more brothers, Herbert William Down a milkman’s assistant and Robert Dunlop Down aged 14, still at school. At the time of George’s death he is listed as married to Mrs R A Down of 75 Festing Road, Putney.

It would appear his family lost three sons.

With thanks to Maggie for use of her information and photograph. 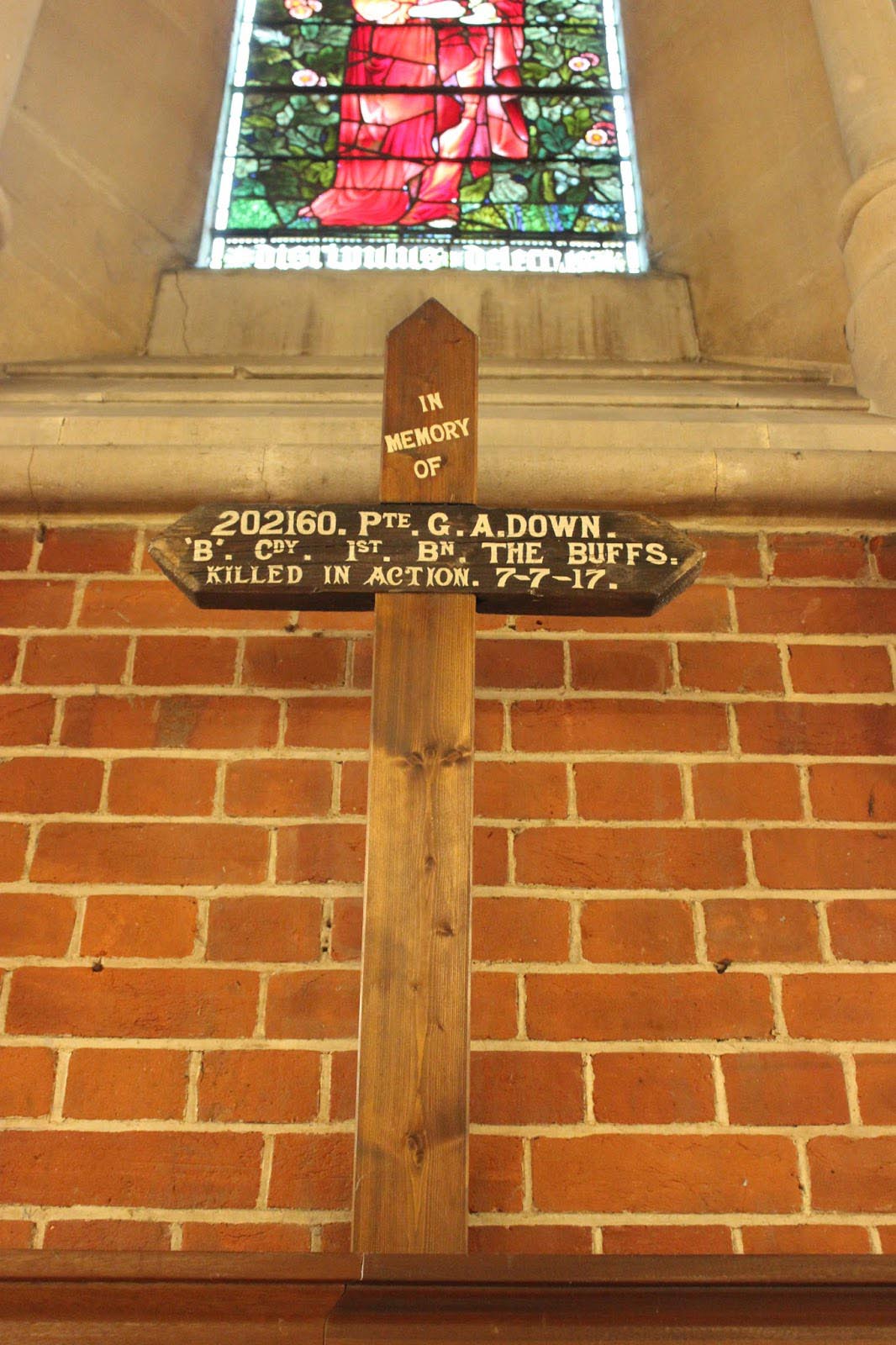