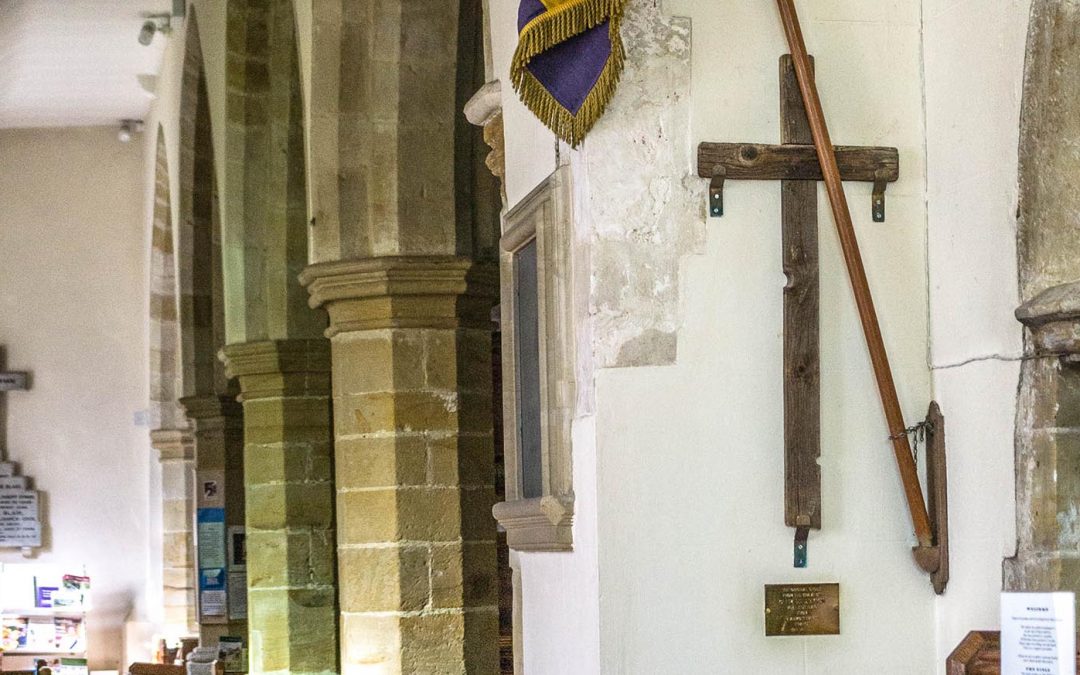 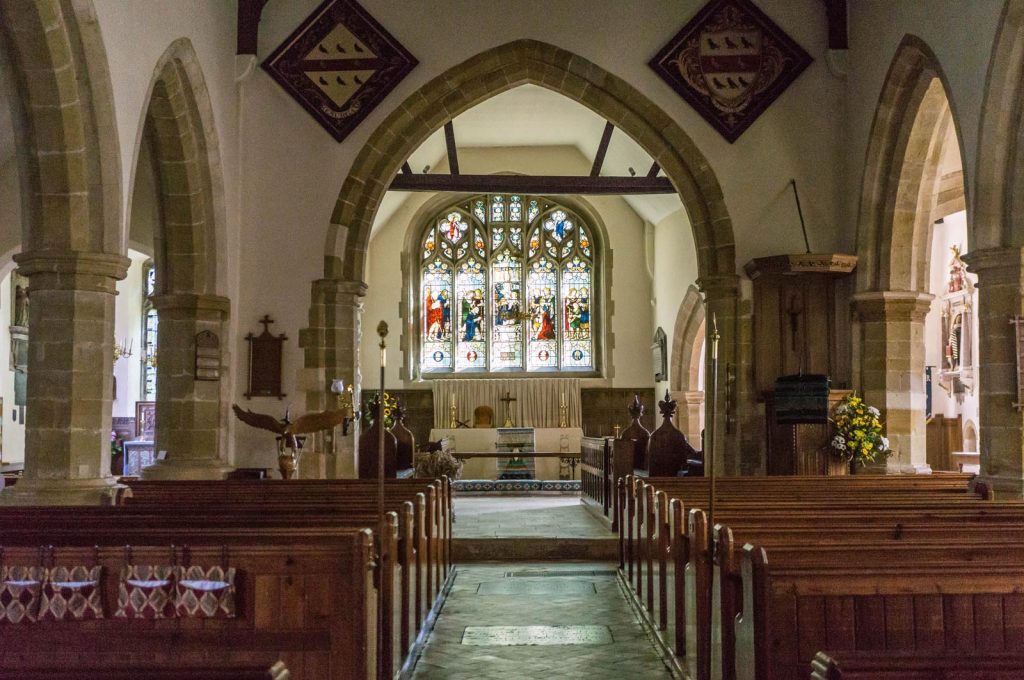 Details on cross:
There are no details on the cross. However there is a brass plaque underneath the cross which reads ‘The original cross from the grave of Clement J Byron 2nd Lieut. H.A.C from Beaumont Hamel France 10th Jan 1917’.

Location:
The cross is located at the front of the church on the right hand side as you look at the altar. It is on the arch facing the back of the church and has a large British Legion flag hanging over it.

Text type (e.g. hand-written, GRU tags, carved): There are no GRU tags on the cross.

Other information
Mounting to wall: It is mounted to the wall by three metal brackets and screws.
Detailing: There are no details on the cross.
Evidence of use in field (earth marking, cracking, staining, shrinkage):There is discolouring and cracking of the wood which shows it has been inserted approx 203.2mm into the ground.
Finish (varnish, paint, oiled, unfinished etc): Rough unfinished wood.
Condition (cracked, paint peeling, woodwork, damage etc): The wood is very cracked in places and also has two half circles in the grain on the shaft. 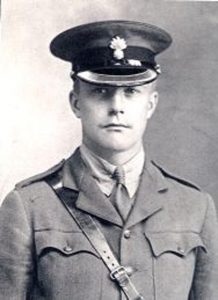 Other information, notes and observations:
2nd Lieutenant Clement John Byron was born in Hackney on 23rd November 1895 and had two older brothers who both served as Captains during the War. He was educated at Harrow for four and a half years and had been selected for Magdalen College, Oxford. There he was to join the Officer Training Corps, but then war broke out and he became impatient at the delay in beginning his military training and decided not go to university after all. Young Byron enlisted as a Private with the number 2217 on 8th September 1914 in the Honourable Artillery Company (H.A.C.). Part of the Territorial Force since 1908, it is the oldest regiment in the British Army, having been granted a Charter of Incorporation in 1537 by Henry VIII. Clement rapidly became a Corporal and thereafter was promoted again to Sergeant. It was to the Second Battalion that he was commissioned on 2nd October 1915 and then posted to ‘C’ Company. By 15th November the entire Division was to spend five days marching to the already devastated area of the Somme battlefields around Beaumont Hamel. The main assault for the capture of this village had already finished by the time the 2nd H.A.C. arrived, but the consolidation of the area fell to them among others. As the ground locally had been churned up by hundreds of thousands of shells ever since 1st July 1916, the state of the trenches can scarcely be imagined.

Despite the squalor, Byron’s sense of duty and humour never left him. In one letter dated 17th November 1916 he states, ‘I note with surprise that you have been reading in the paper that conditions at the front are ‘awful.’ I can assure you that that was probably written by some terrified fool who had fallen into a shell-hole and got his trousers wet.’ By 25th November he remarks, ‘I have used one towel since we left England, but today have been obliged to indulge in a clean one, owing to the protective colouring which the first one has adopted, rendering it almost invisible when placed on the ground.’ Christmas 1916 was described as ‘unforgettable’ in the Regimental history, and they were not referring to any festivities. It was at this scene of destruction and desolation that on the 10th January 1917 Clement John Byron died.

He had just stepped out from his dugout when a shell burst at the entrance. It killed him and Private Frederick Scott from Leyton instantly, and wounded five others. He was 21 years old. Clement’s death was felt most strongly by his family. When the time came for his temporary wooden cross to be replaced by a Portland gravestone, the wooden grave marker was reverently carried home to Ringmer. For years it was in the churchyard but finally the cross was brought into the Church to protect it from the weather. His proud parents John & Clara also had the Lychgate erected in memory of their beloved son. He rests in Beaumont Hamel British Cemetery, Somme. 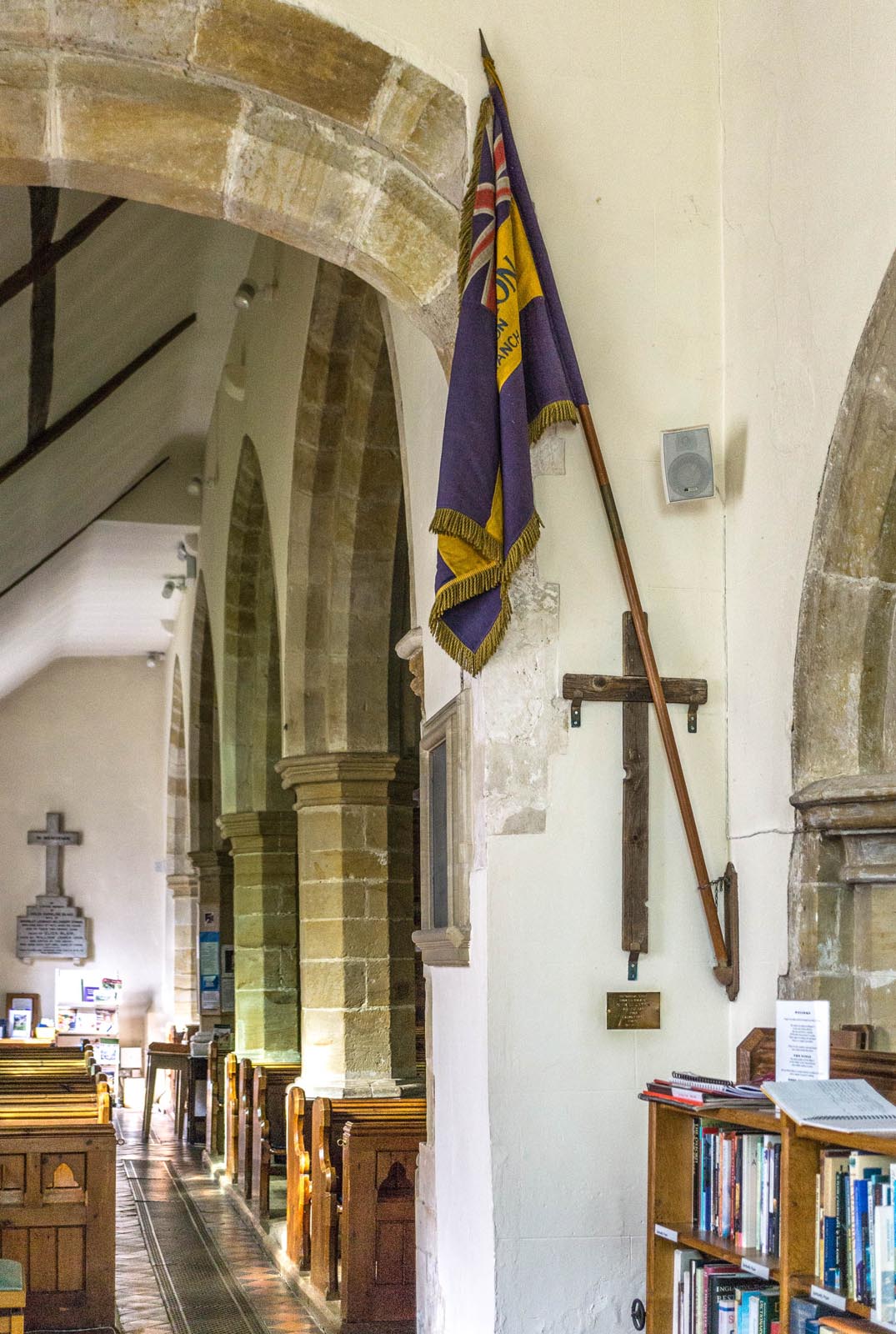 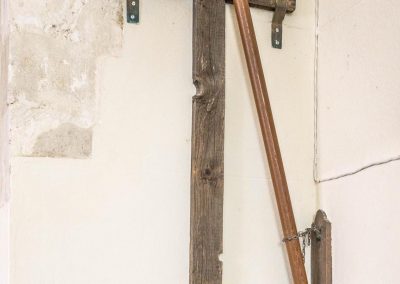 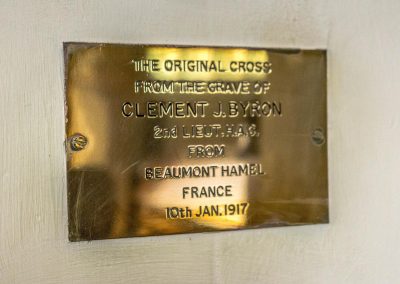 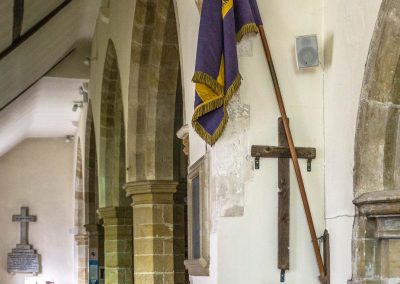 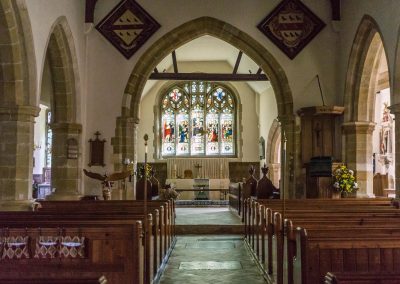 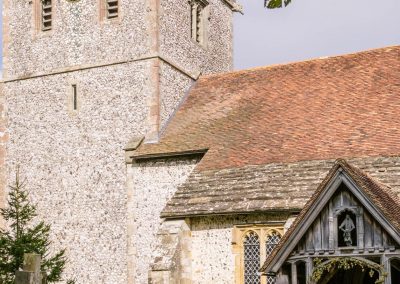 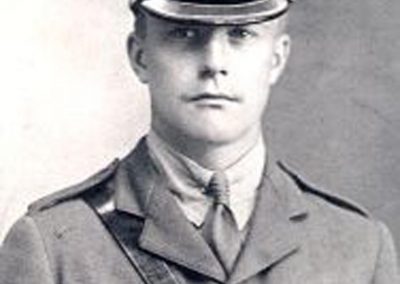 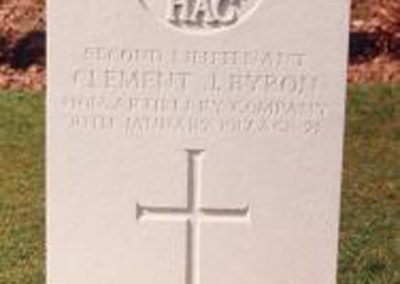