This survey is yet to be completed, If you are available and would like to help please complete the survey forms available here.

All except one of the crosses are alleged to belong to men who lived in the Cathedral Close.

Buried at St. Nicholas Cemetery Arras May 1st. He is Hodgson’s Brother in law.

This cross is a white painted Celtic wheel styled cross the top right section of which is missing, which presumably contained the words ‘in action’.

Guy Dodgson’s cross has angled supports. This cross was stolen or lost in 2015, but appears to be back in place.

Panel inscription: This cross marked the grave of Capt Christopher Ken Merewether Who died in hospital at Port Said Dec 20th 1917 of wounds received in action in Palestine Aged 27. Only child of Canon Wyndham A S Merewether. 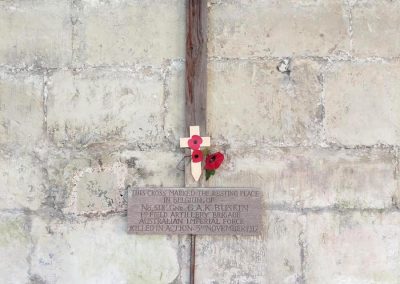 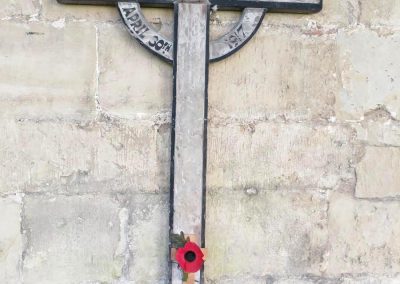 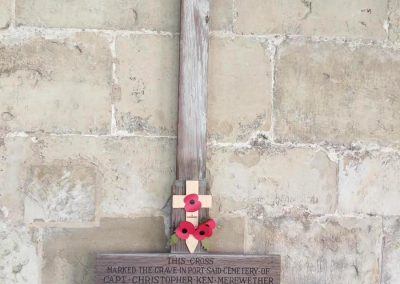 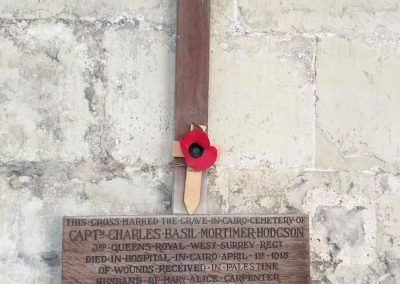 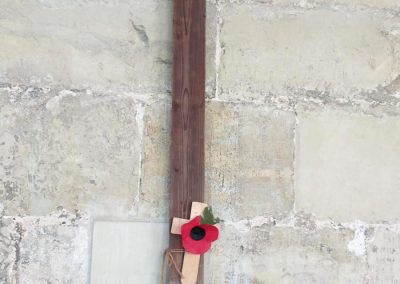 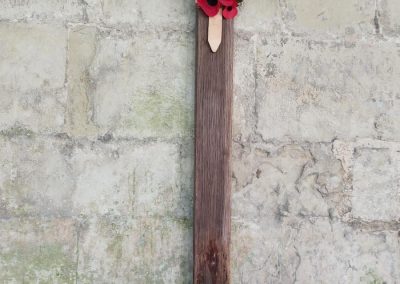 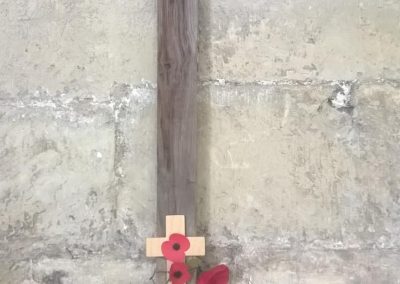 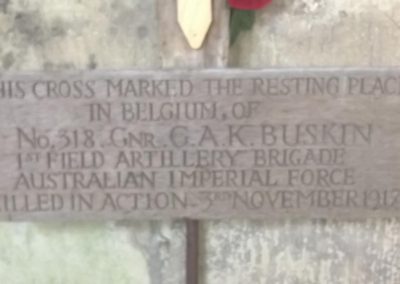 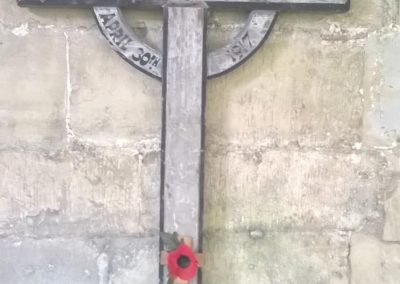 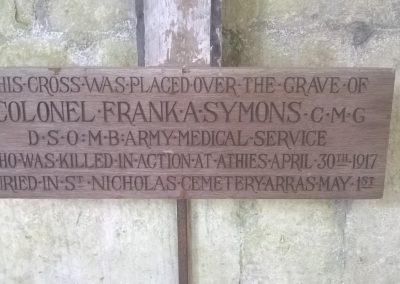 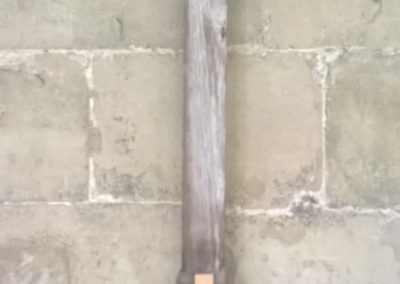 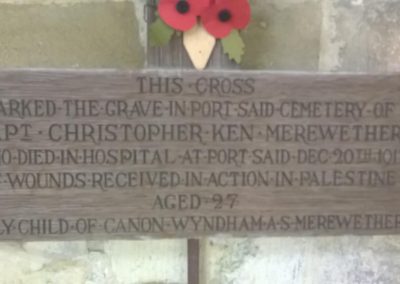 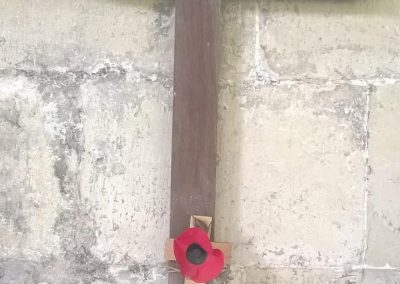 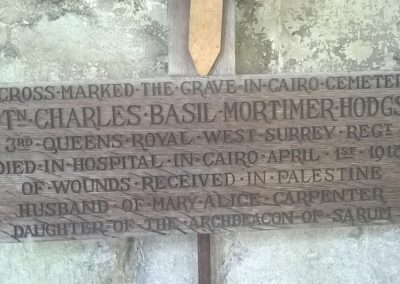 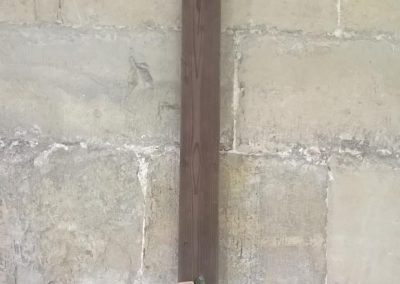 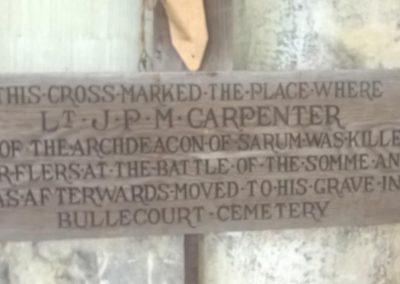 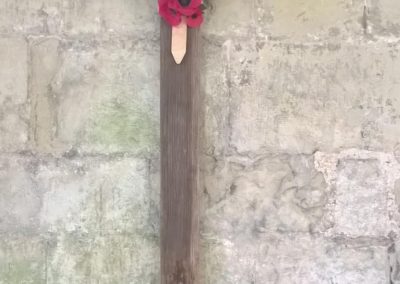 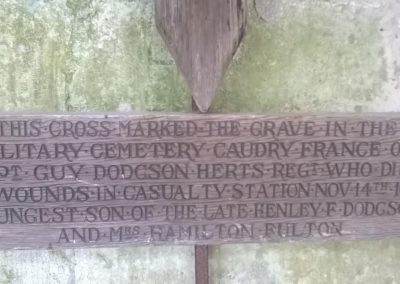