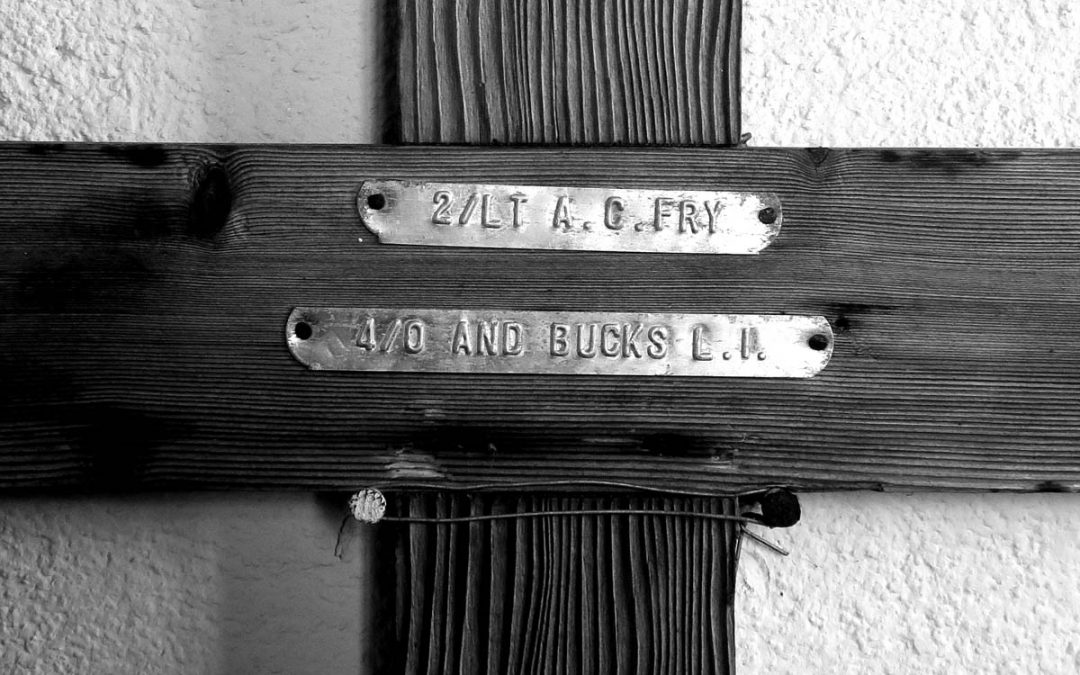 Other information
Mounting to wall: Hung on two nails

Evidence of use in field (earth marking, cracking, staining, shrinkage): Some damage to base of shaft. 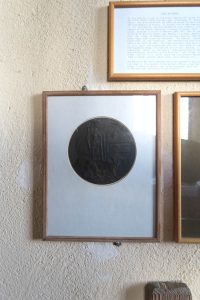 Arthur Charles Fry was seriously wounded by shellfire at Ablaincourt on February 28th 1917 and died of his wounds later that day or early the next. He had been in France for just six weeks. He is buried in Bray Military Cemetery near Albert in France.

Fry’s cross, and probably his Dead Man’s Penny as well, were claimed after the war by the then Rector of St Ervan, Canon Wilfrid Johnson, a Prebendary of Bodmin. The 1911 census records Fry as living with Wilfrid Johnson in Derby while he was at school there. Johnson is described as his ward, although why he should have a ward when both his parents were still alive and living in Kent is not clear. It seems that Fry and Johnson remained friends up until the time of Fry’s death.

It seems also that John Betjeman visited St Ervan and met Johnson, a meeting recorded by Betjeman in Summoned by Bells::

DEAR lanes of Cornwall! With a one-inch map,

A bicycle and well-worn “Little Guide”,

Those were the years I used to ride for miles

To far-off churches. One of them that year

So worked on me that, if my life was changed,

I owe it to St. Ervan and his priest

In their small hollow deep in sycamores.

When from slashed tree-tops in the combe below

I heard a bell-note floating to the sun;

It gave significance to lichened stone

Basking on buddleia. So, casting down

In the cool shade of interlacing boughs,

Its bearded Rector, holding in one hand

A gong-stick, in the other hand a book,

Struck, while he read, a heavy-sounding bell,

Hung from an elm bough by the churchyard gate.

The “Little Guide” could say about the church.

Holy and small and heavily restored,

It held me for the length of Evensong,

Impatient of my diffident response.

“Better come in and have a cup of tea.”

The Rectory was large, uncarpeted;

Books and oil-lamps and papers were about;

The study’s pale green walls were mapped with damp;

The pitch-pine doors and window-frames were cracked;

Loose noisy tiles along the passages

Led to a waste of barely furnished rooms:

He talked of poetry and Cornish saints;

He kept an apiary and a cow;

He asked me which church service I liked best —

I told him Evensong… “And I suppose

And feeling warm and comfortable inside?”

And he was right: most certainly I did.

“Borrow this book and come to tea again.”

Into my blazer pocket, up the hill

On to St. Merryn, down to Padstow Quay

In time for the last ferry back to Rock,

I bicycled — and found Trebetherick

A worldly contrast with my afternoon.

Betjeman spent a great deal of time in Cornwall, particularly round the Newquay area, and is buried in St Enodoc’s churchyard, only about ten miles from St Ervan by bike and ferry.

There is a well-researched story of his life on the Headington website in the First World War in Headington and Marston section http://www.headington.org.uk/history/war/standrew/fry_arthur.html

Thanks to Mike O’Connor, Lay Reader at St Ervan, for the link to Prebendary Johnson and Betjeman, and much other fascinating information about the church as well.

Survey and photographs by Andrew Macdonald 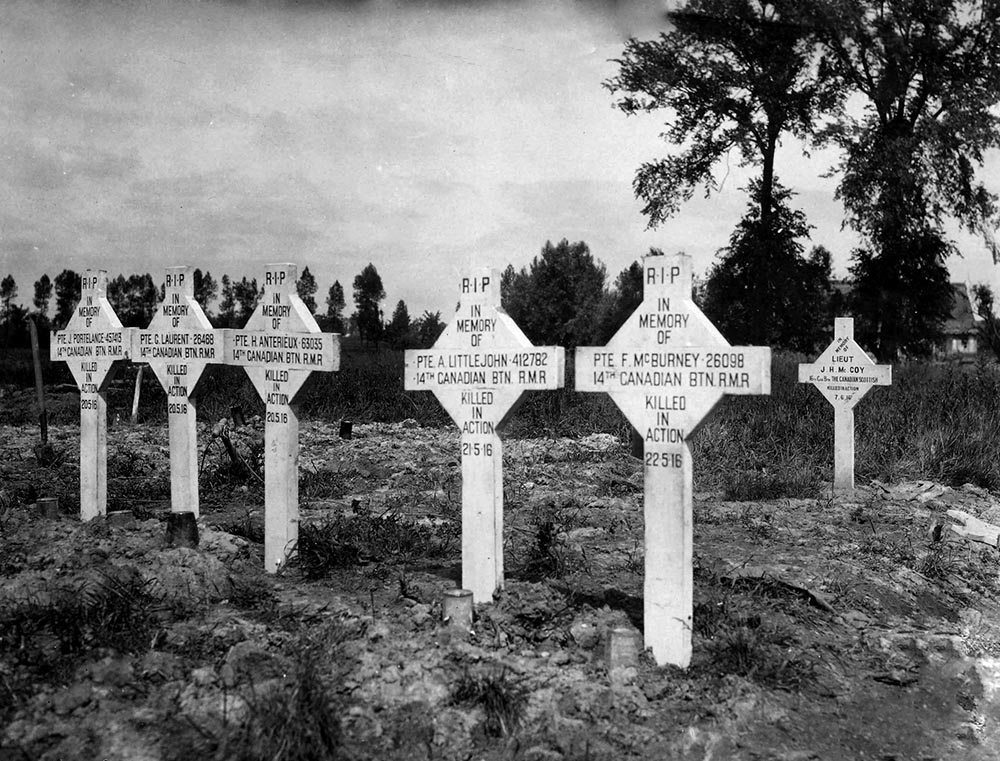