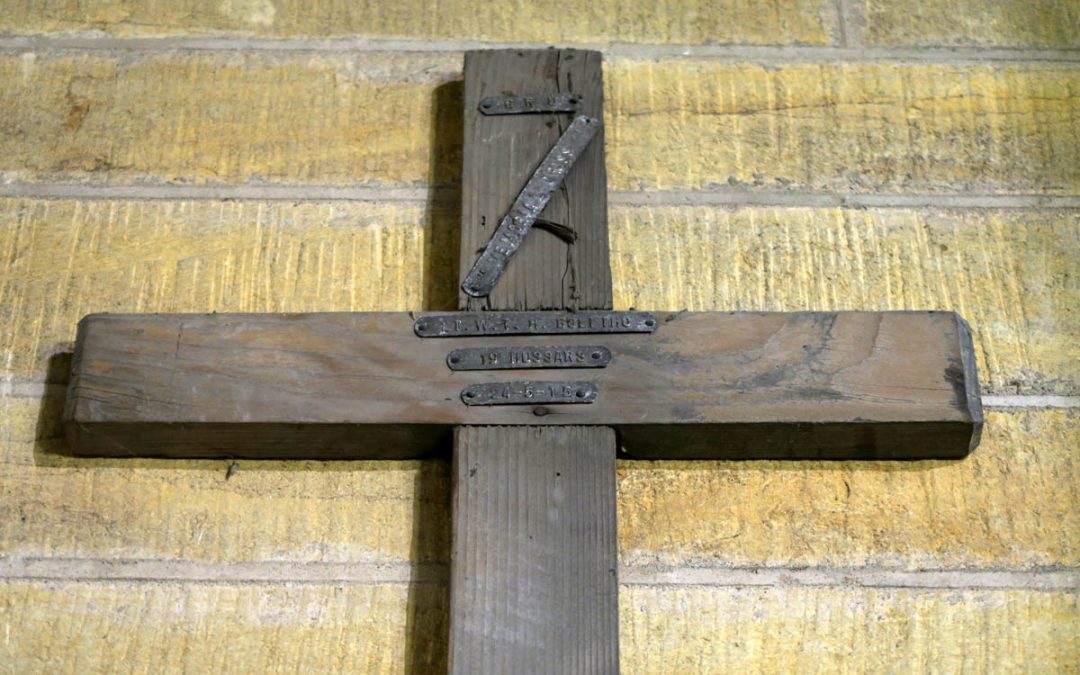 Evidence of use in field (earth marking, cracking, staining, shrinkage): Shaft broken at base

This cross is slightly unusual in that Bolitho has no known grave and is commemorated on the Menin Gate at Ypres. He was killed at the second Battle of Ypres in May 1915. The diagonal GRU tag above the crosspiece reads “Memorial Cross”. It’s possible that he was buried on or near the battlefield in May 1915 but the grave was lost or destroyed before the war’s end. The area around Hooge was fought over time and again and changed hands several times.

Immediately beneath the cross is a memorial to his younger brother Simon who died in 1910 aged 5.

At the beginning of the C20th the Bolithos were probably one of the wealthiest families in Cornwall, having made their fortune from agriculture, mining and smelting, the railways, banking and shipping.  Lt William Torquil Macleod Bolitho was born on November 13th 1892. He entered Osborne Royal Naval College age 12 and passed out of Osborne and Dartmouth Naval Colleges with top marks. He served in the Royal Navy for two years. He joined the army in 1913 and joined the 19th Hussars as 2nd Lieutenant in June. He left for France on 23rd August 1914, days after the outbreak of war. He was killed in action near Chateau Hooge on 24th May 1915 aged 22. His commanding officer wrote to his family “Your son is a great loss to us. His name has been sent in for special mention after the operations of the 13th inst when he found himself in temporary command of the squadron and made very good use of his opportunity”

His parents were planning to build a house for him at Paul near Penzance but when they received news of his death they planned and commissioned two memorial stained glass windows for him.

One is at St Pol de Leon church in Paul. It was designed by Robert Anning Bell in 1917 and is unusual in that it includes panels depicting the trenches where Bolitho was killed, a depiction of Ypres Cloth Hall and other references to the Great War. You can read the full story on the Cornish Stained Glass website 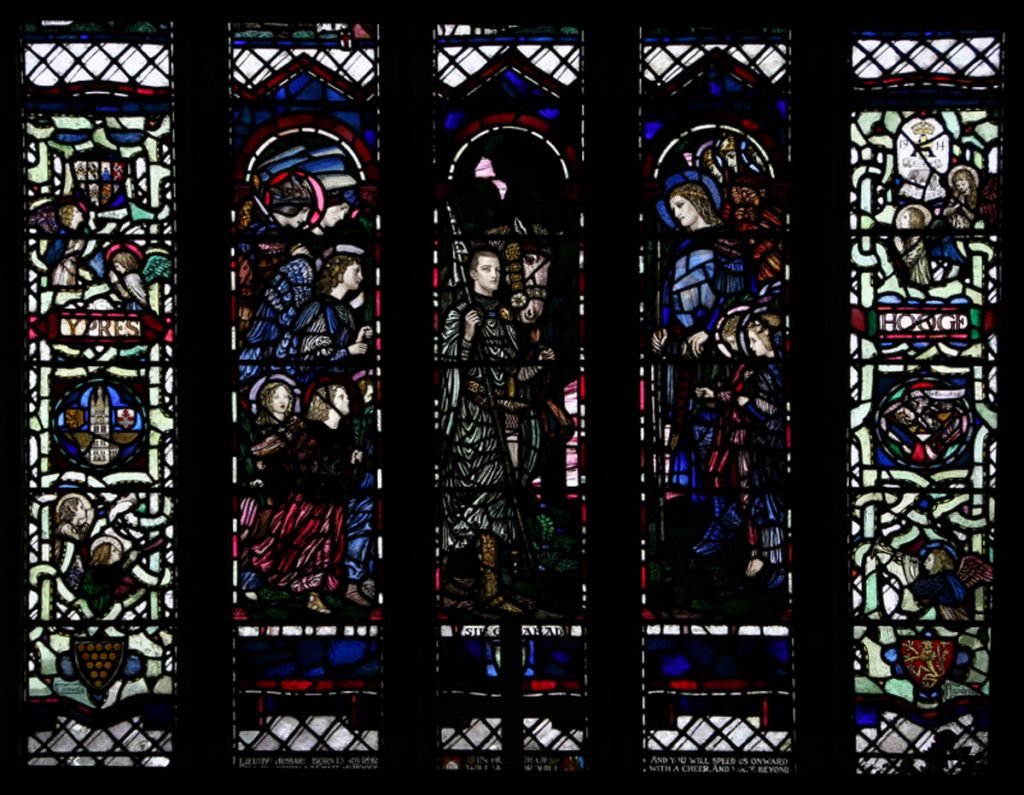 The other is at St John the Baptist church at Leusdon near Widecombe in Devon. Although not quite as ornate as the Paul window it also includes images of Ypres Cloth Hall. There is also another window in the same church commemorating Bolitho’s younger brother Simon.

The Widecombe History Group has a comprehensive page about Bolitho on their website and I am grateful to them for supplying pictures of the window for this project. 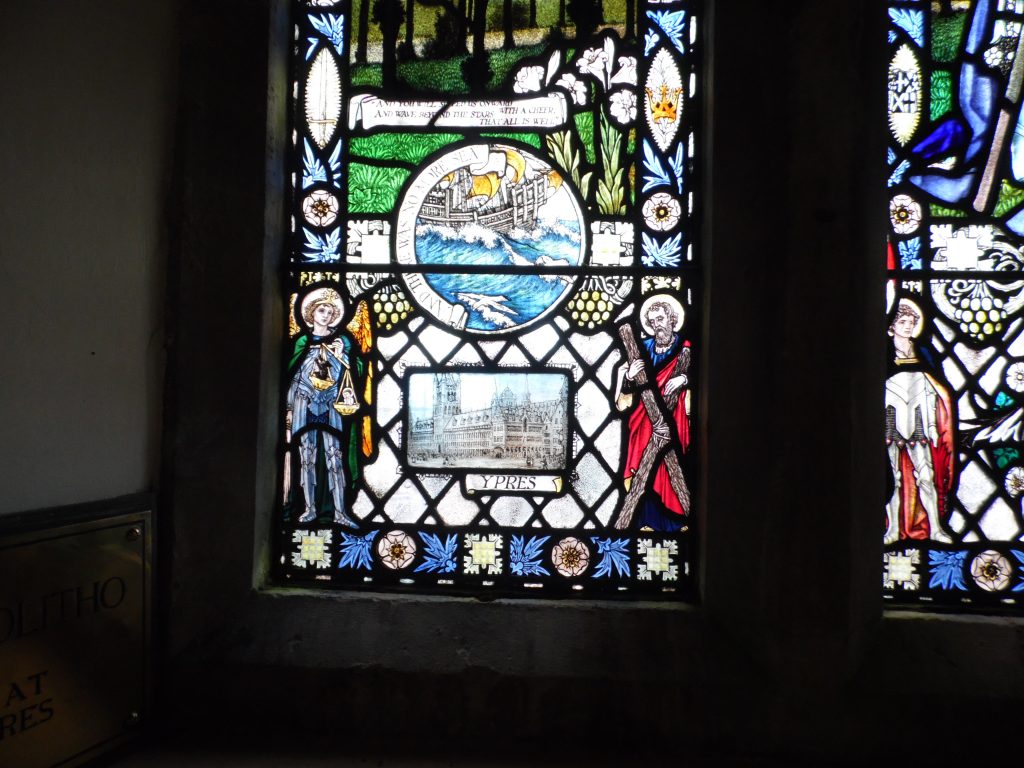 Bolitho’s father, Lt Col William E T Bolitho DSO commanded the 1st Devon Yeomanry during the war and died in 1919. He is buried in a CWGC grave in Gulval churchyard.

Two final things, firstly the GRU tag on his memorial cross records his initials as W T H rather than W T M, and secondly someone has written DSO on his medal index card. I can’t find anything else that indicates he won the DSO so possibly they were mixing him up with his father. 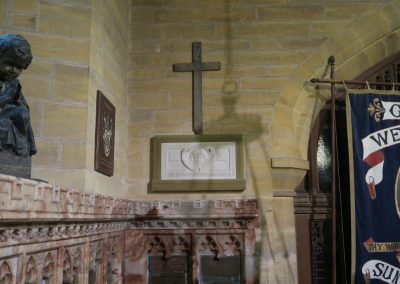 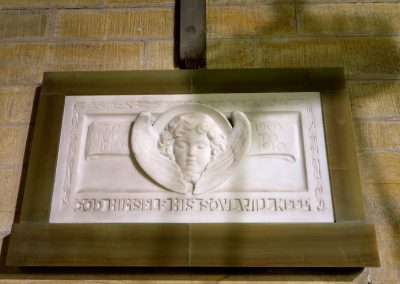 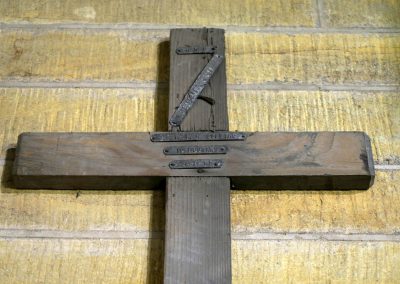 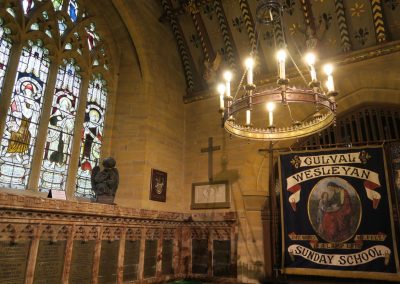 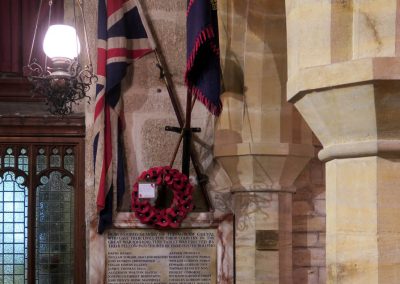 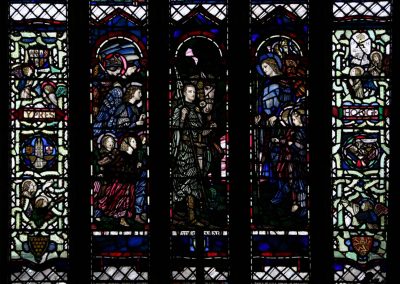