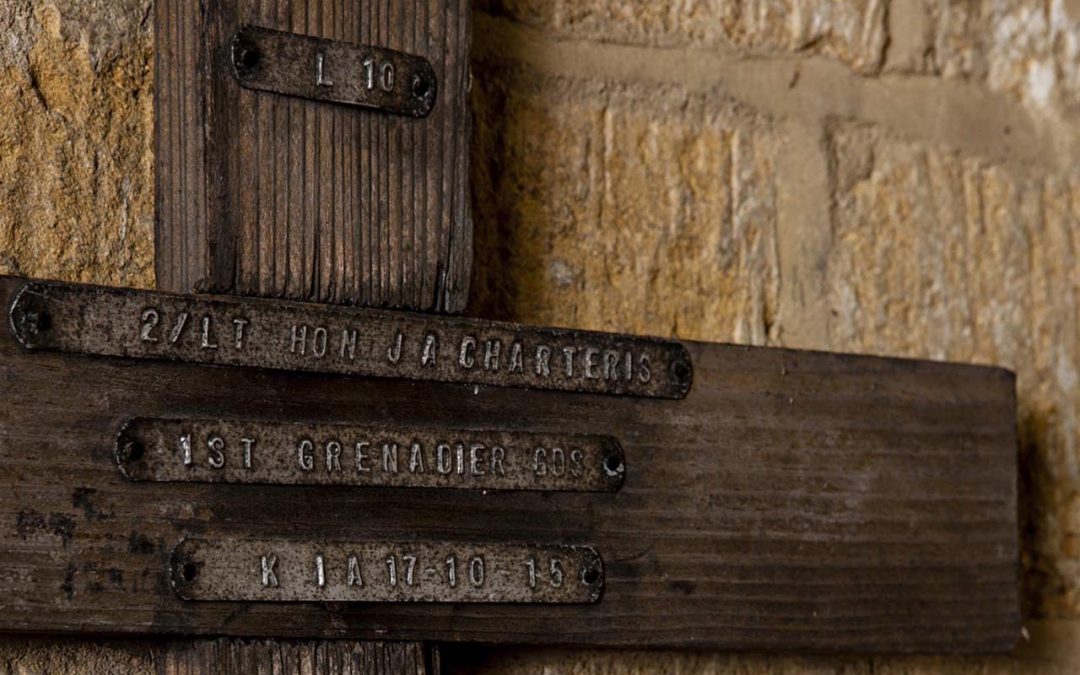 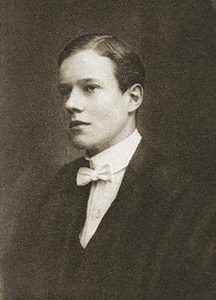 Other information
Mounting to wall: Small rough wire pinned to back of cross which is loosely hung onto metal screw in the wall masonry.
Detailing: None
Evidence of use in field. Yes, the central shaft is pointed, the end of which has evidence of being in the ground. The cross is dry and weathered but in good condition

Other information, notes and observations:
A complete cross for a local family member of Stanway hall. Not sure why the Initials are J A Charteris rather than Y A for Yvo Alan Charteris. Yvo Alan Charteris is also included on an inscribed stone memorable in the chancel window. There is an excellent tribute on the internet, Epitaphs of the Great War http://www.epitaphsofthegreatwar.com/two-sons-of-the-souls-hugo-and-yvo-charteris/

Yvo was the fourth son of the 11th Earl of Weymss. He was killed in action at Loos on October 17th, 1915, while serving with the Grenadier Guards and is buried at Sailly Labourse. An elder bother, Hugo Lord Elcho, was subsequently killed in action on April 23rd, 1916, in the Katia Desert, Sinai. Their names are included on the war memorial in the church, cut into the splays of the C16 chancel window, with lettering by Eric Gill. 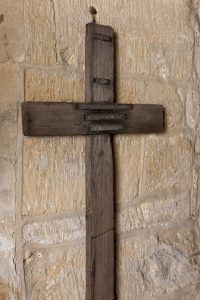 Sitwell wrote of him:

I can see Ivo now… Although so recently from school, he was, without any appearance of precocity, detached and ironic, nonchalant, in spite of decided opinions, and manifested in everything about him, even in the way he wore his top hat, innate style… his breeding showed in his whole appearance. He came plainly of a family long used to influence, and to the government of others… he would tell me of Stanway, the Elizabethan mansion that was his family home in Goucestershire, and which he loved so passionately… he would talk with such understanding of the countryside… But though he exhibited this deep, and rather unexpected feeling for nature, yet in all other respects a kind of eighteenth-century reasonableness, or love of reason, governed his outlook and conduct… he did not yield to impulse. Source

Photos courtesy and copyright James Kerr, with special thanks to Sarah Wearne.

Sarah Waerne’s books on epitaphs of the Great War are are available here and here. 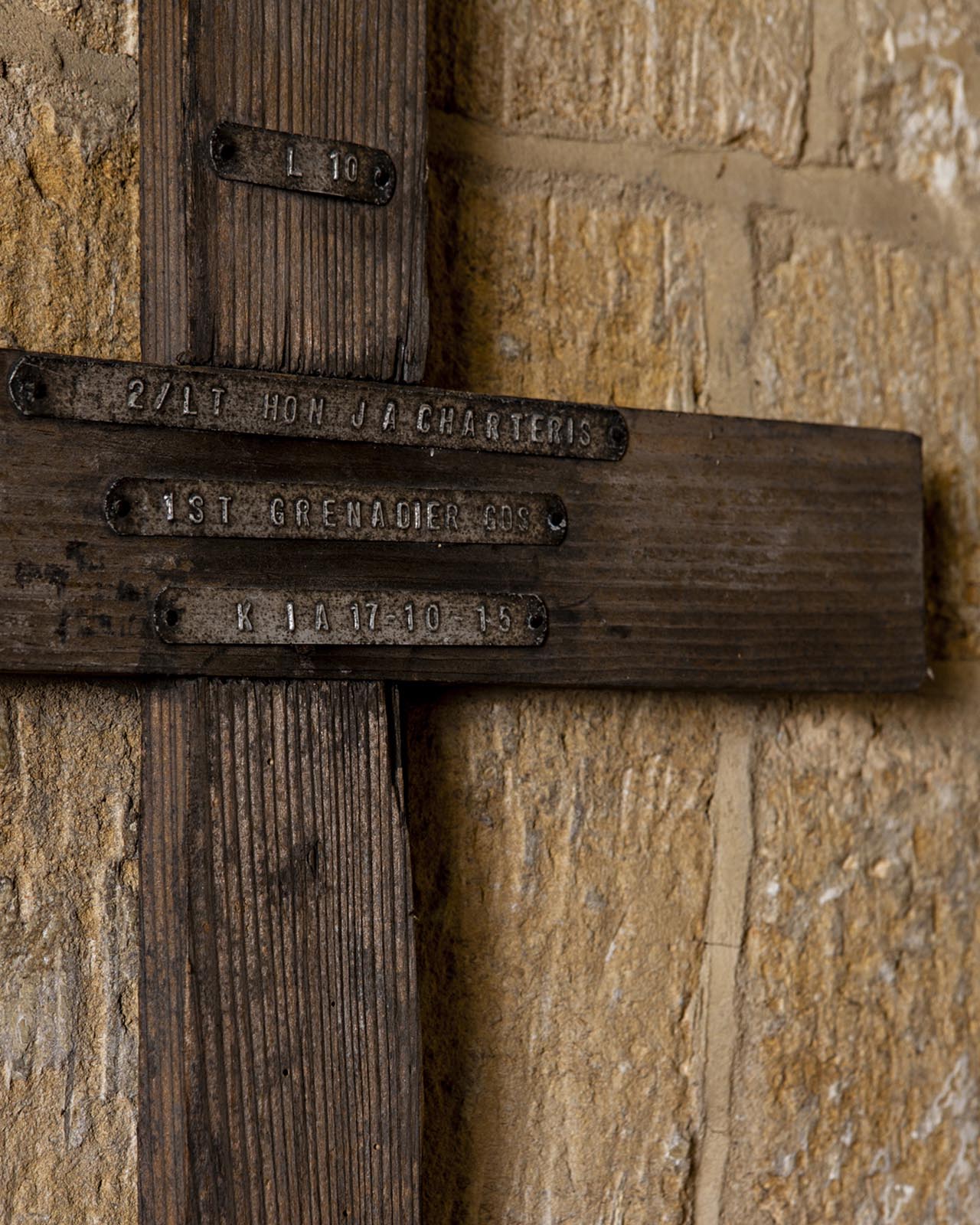