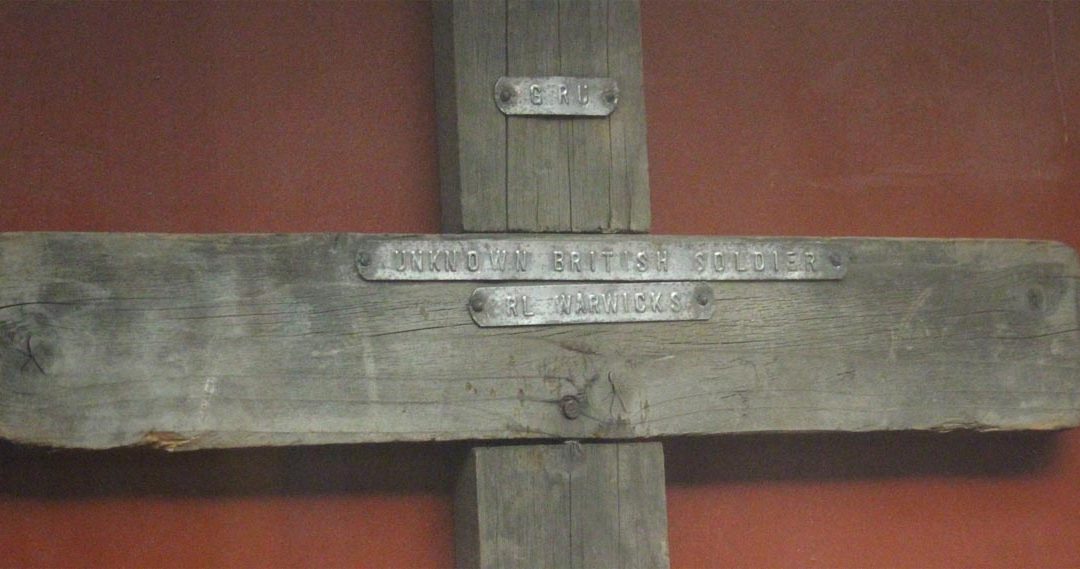 All measurements estimates since the cross is at the back of a very large display case.

My thanks to Mr David Baynham of the Museum for his help and knowledge. The Museum covers the regiment’s history from the 1600’s throught to the 6th Regiment of Foot (1743), and The Royal Warwickshire Regiment (1880s) to the present Royal Regiment of Fusiliers (since 1963). The museum is self funding, so please look for the donations box on the first floor (which is an ammo box mounted on the wall). The museum is a short walk from the St Nicholas car park.

The service referred to on the card transcribed below, took place at Westminster Abbey on Saturday 8th December 1928, with 140 Padres of Toc H in attendance. Crosses of unknown soldiers were presented to several Toc H branches by Lord Plummer (reference: The Times, Monday, December 10, 1928)

A typed card inside the original 1928 display frame reads as follows:

A WEATHERWORN WOODEN CROSS OF AN UNKNOWN SOLDIER OF

This ‘Wooden Cross’ marked the resting place of an unknown Soldier of The Royal Warwickshire Regiment until the early 1920’s when ‘The Imperial War Graves Commission’ replaced the existing wooden crosses with permanent headstones, they made available a number of these wooden crosses to ‘Toc H’ to be temporarily installed in their branch Chapels.

This cross was handed to a representative of the Rugby Branch by the late Duke of Windsor (Then Prince of Wales) Patron of ‘Toc H’, at the 13th Festival of the founding of Talbot House, Poperinghe on 12th December 1928 at their Festival Service in Westminster Abbey.

It was installed in the Rugby Branch Chapel from 1928 until 1962 when the branch was forced to close down.

With the consent of Toc H Headquarters and Mr R. V. Collier, for many years Hon Sec’ of Rugby Branch, it was placed in The Regimental Museum of The Royal Warwickshire Regiment for safe keeping……September 1977. 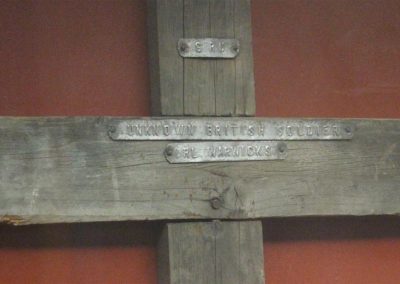 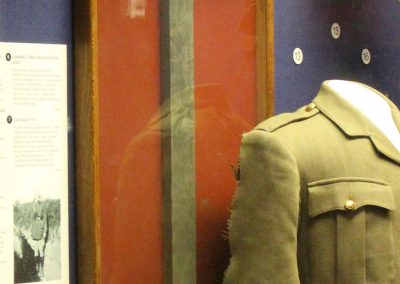 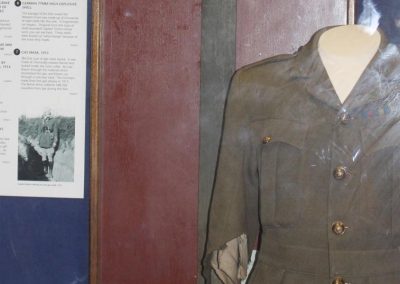 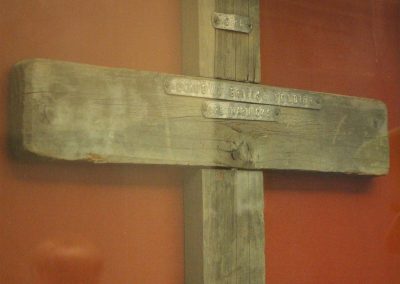 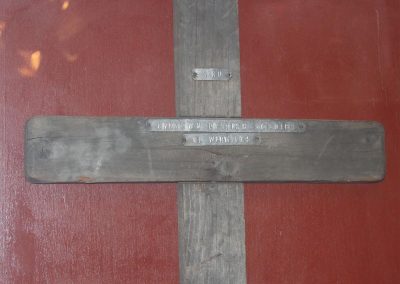 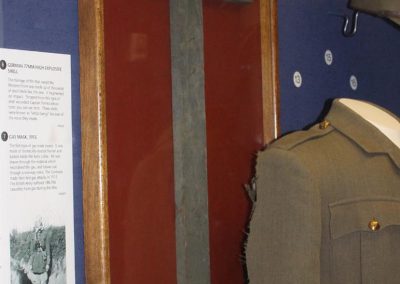 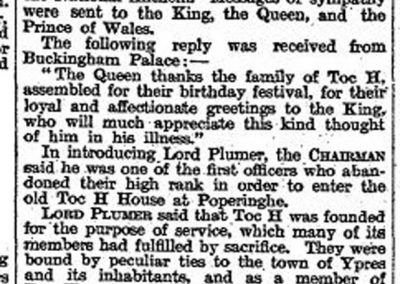 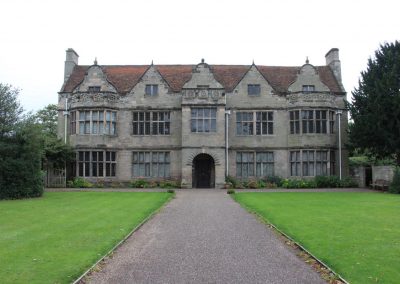