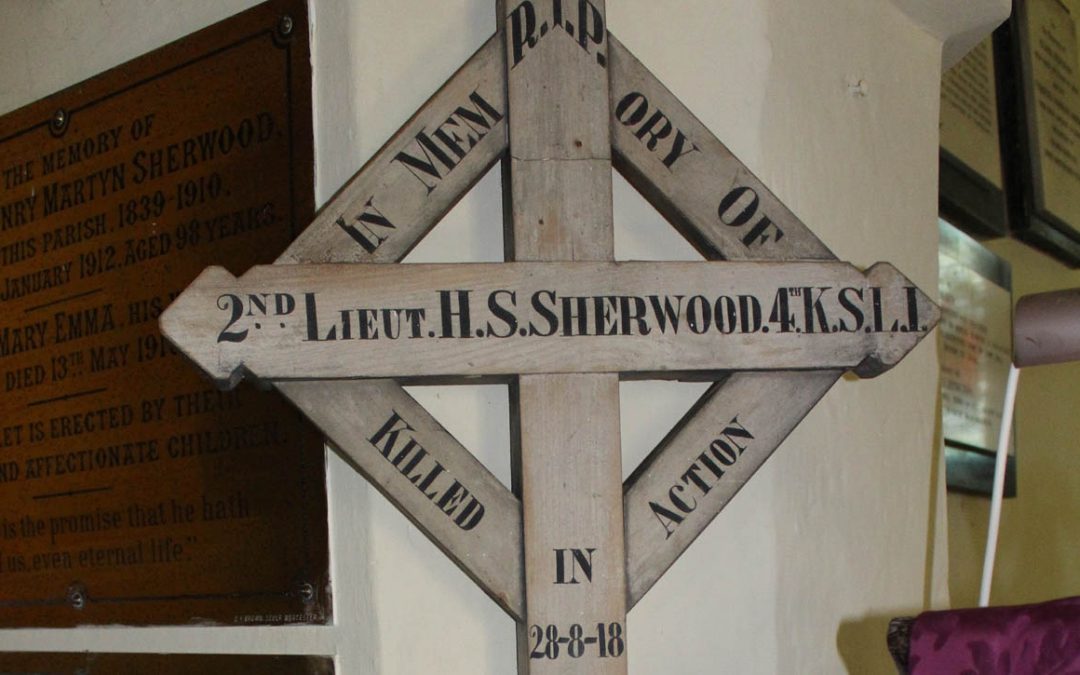 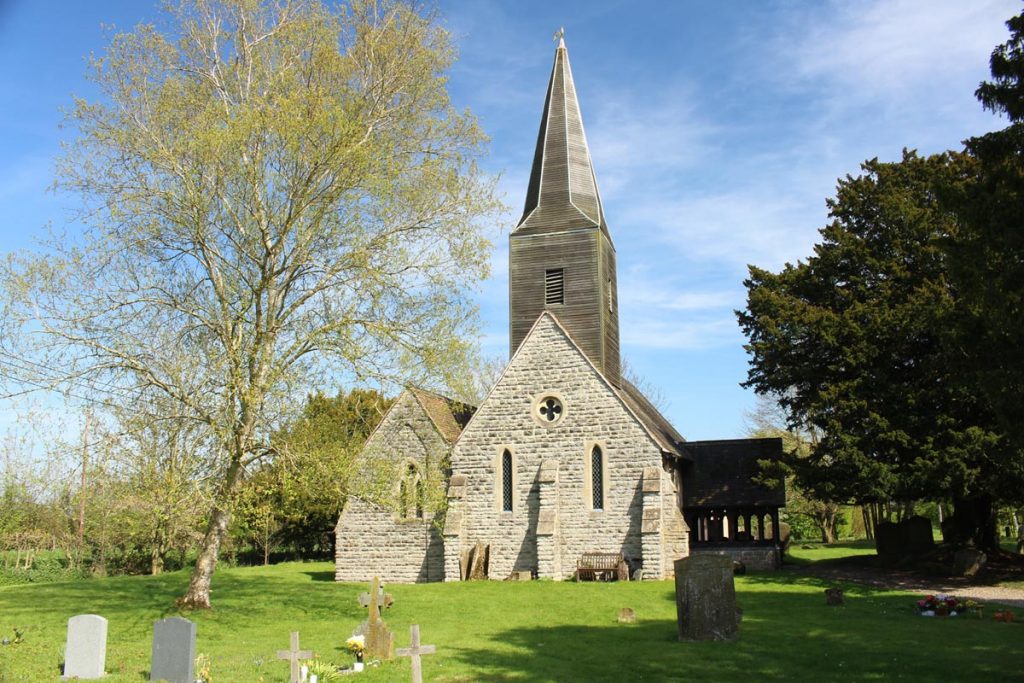 Other information, notes and observations:
There is a brass memorial plaque to Lt. Sherwood next to the cross mounted behind the pulpit. Above this plaque is a plaque commemorating Lt. Sherwood’s grandfather. Lt Sherwood is the grandson of the Revd. Henry Martyn Sherwood, vicar of the parish 1839 – 1910.

The date of death on the cross (28th) differs from that recorded by CWGC (29th). Lt Sherwoods record shows written reports giving both dates. His parents were concerned that the correct date, which they believed was 29th,, should be recorded on his permanent headstone. The main evidence for getting this correction was a letter received after Lt. Sherwood’s death from his Captain who stated that he had sent Lt. Sherwood out on a patrol early on the morning of the 29th.

In 1911
Living with parents Henry (Bill Broker by profession) and Annie Sherwood, at Highlands, London Road, Harrow-on-the-Hill. With brothers Henry (14), Martyn (9) and Edwyn (3).

Also in this church is a white marble Great War memorial, with four names presumed to be: 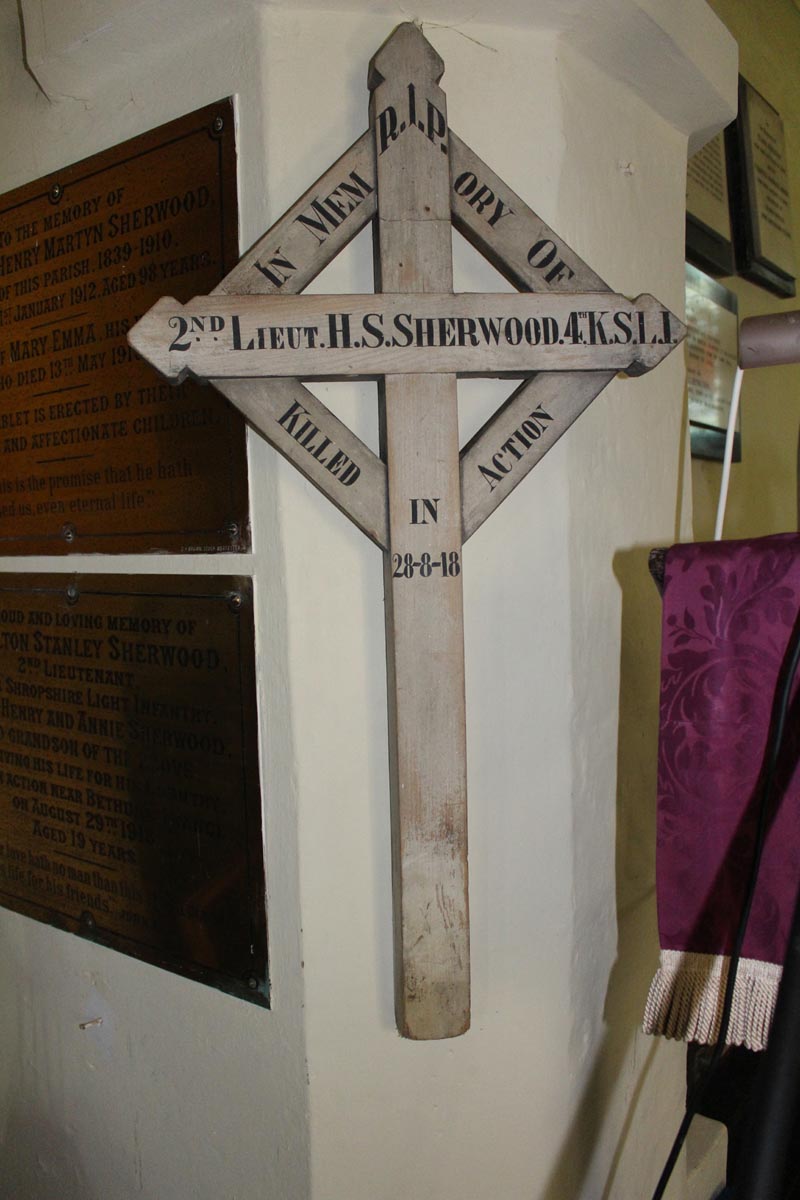 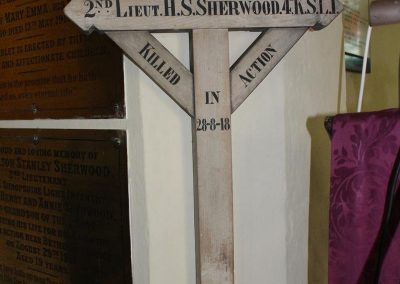 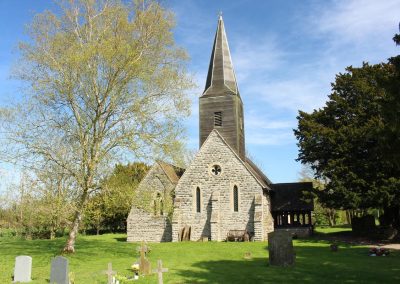 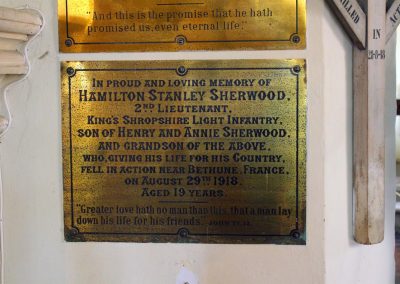 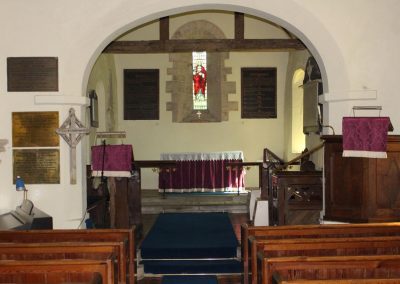 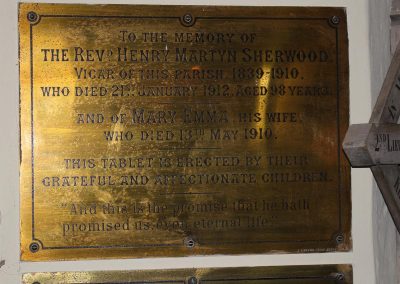 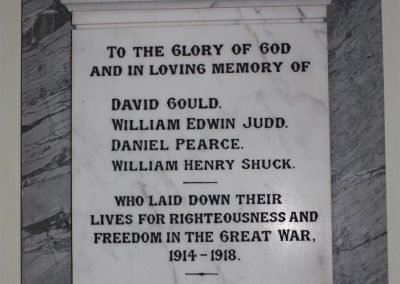