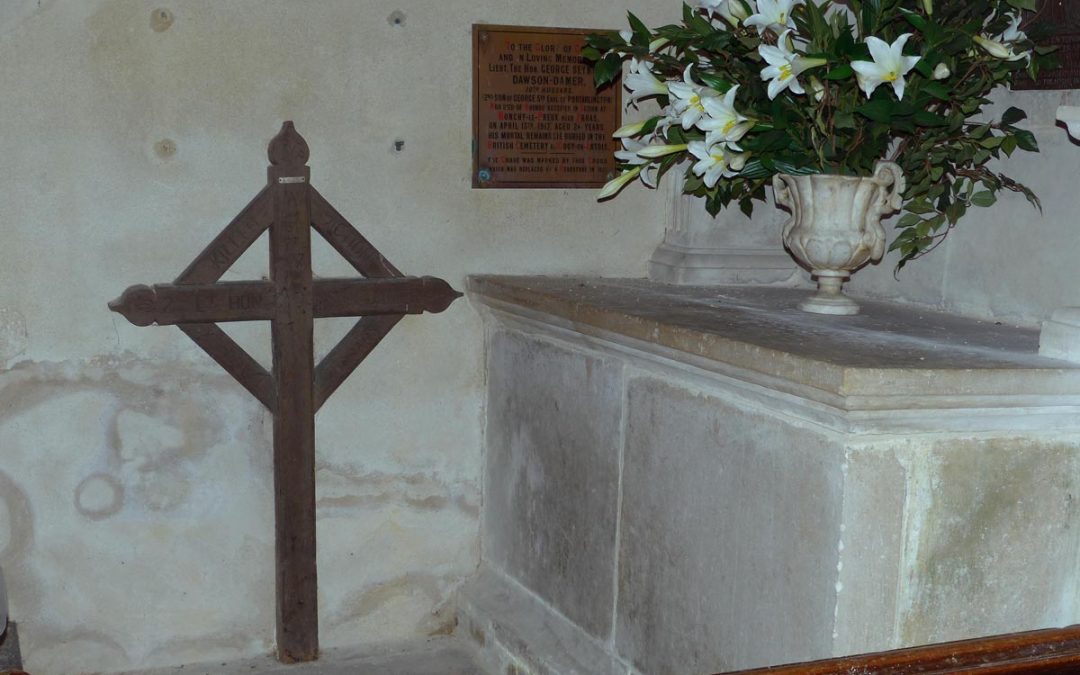 Text is carved apart from a metal tag with the letters I.W.G.C

Cross with diagonal “box” from the beam to the shaft

No dimensions were taken as the cross is screwed to the wall behind the altar rail. There is no evidence of the cross being in the ground – it looks like it may have been shortened. The cross is in good condition and is unvarnished / unpainted.

A brass plaque to the side of the cross reads:

To The Glory of God
and in Loving Memory of
Lieut. The Hon. George Seymour
DAWSON-DAMER
10th Hussars.
(2nd SON of GEORGE 5th Earl of PORTARLINGTON)
Who Died Of Wounds received in Action at
Monchy-le-Preux near Arras.
On April 13th 1917, aged 24 years
His Mortal remains lie buried in the
British Cemetery at Couy-en-Artois
The Grave was marked by this Cross
which was replaced by a Headstone in 1921

Further information about George Seymour Dawson-Damer can be found on the Winchester College Website: http://www.winchestercollegeatwar.com/archive/george-seymour-dawson-damer/

The Church is hidden in trees close to Came House and is not sign-posted. From the A35 Dorchester Bypass Follow the National Trust signs to Max Gate (Thomas Hardy’s house) and take the A352 towards Whitcombe. After about half a mile turn right – there are two white gateposts either side of the lane. Take the first turn on you left and follow the lane through to some trees and you will see a notice saying “to the Church” on the right hand side. 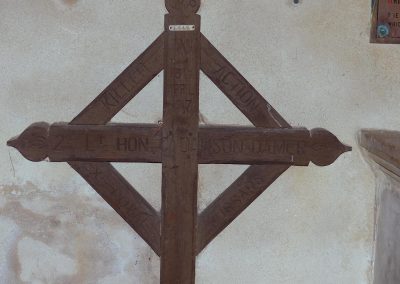 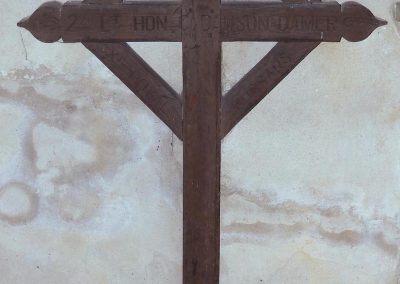 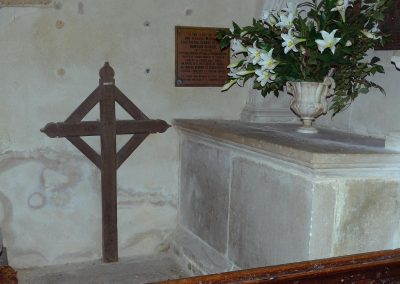 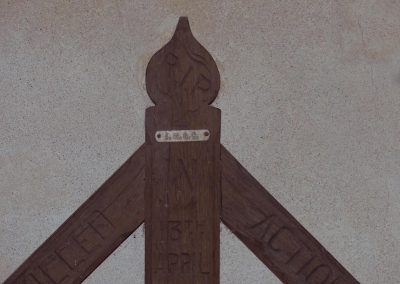 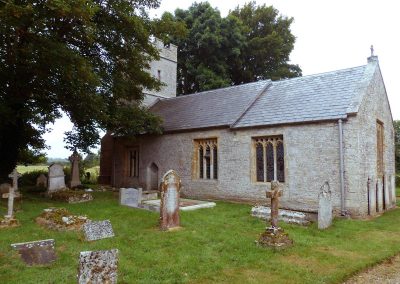 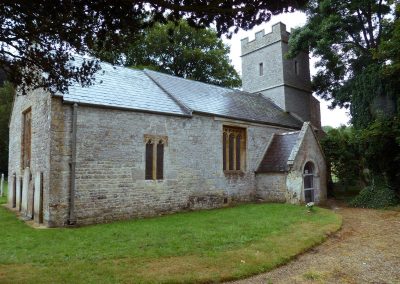 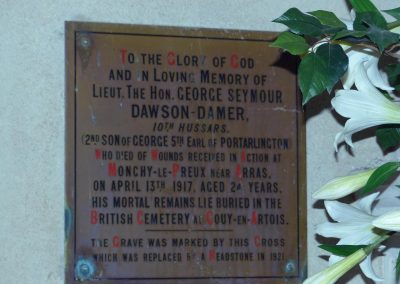