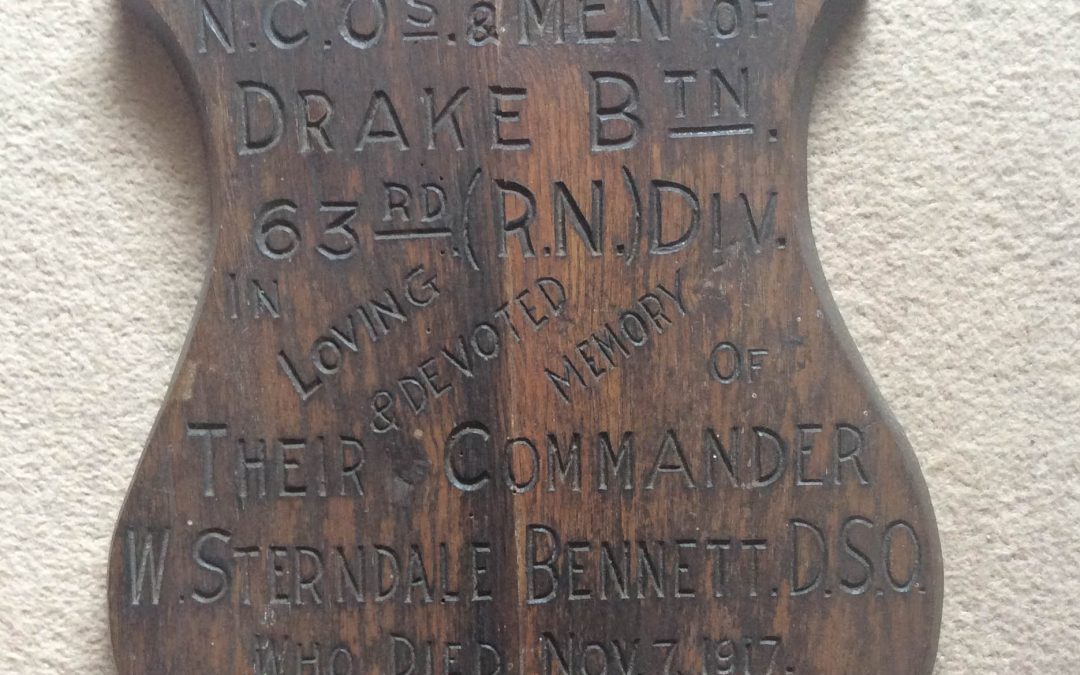 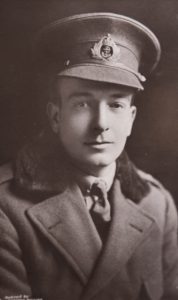 “The grave marker is for my Gt Gt Uncle – Commander Walter Sterndale Bennett and I think the wording is clear. It measures 450mm long and 330mm wide and has been with the family for a very very long time (assuming it was repatriated immediately after the war). I have, but can’t immediately find, the name of his temporary burial site and he is now buried at Dozingham Military Cemetery, near Poperinge in Belgium.

I am deeply proud of my uncle and very conscious that it is now 100 years since he died. For someone so young, he achieved such a lot. He circumnavigated the world 3 times as a midshipman in the Merchant Navy, was a very talented artist, was one of the last people to slip away from Gallipoli during the final evacuation, was awarded the DSO and bar on the Western Front and was possibly the youngest battalion commander in the British Forces at the time of his death, aged just 24.” 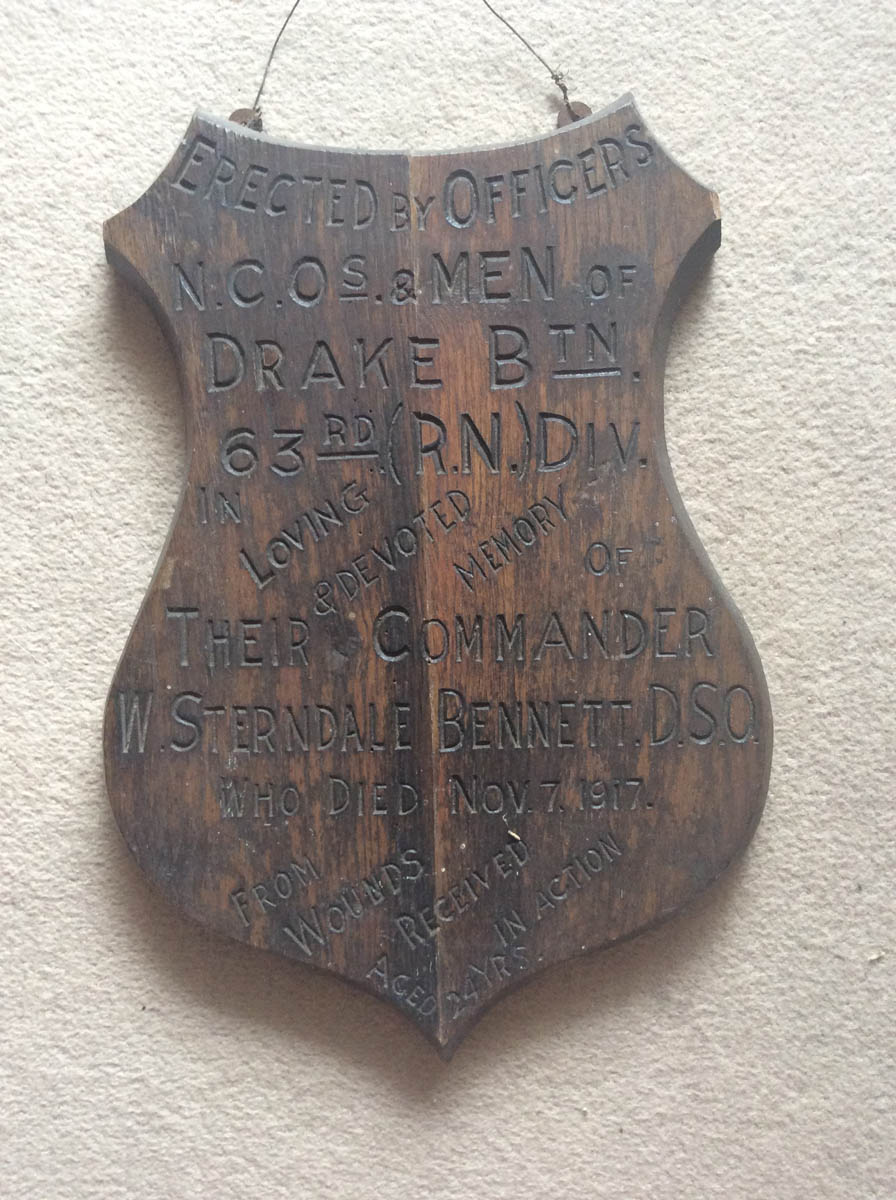 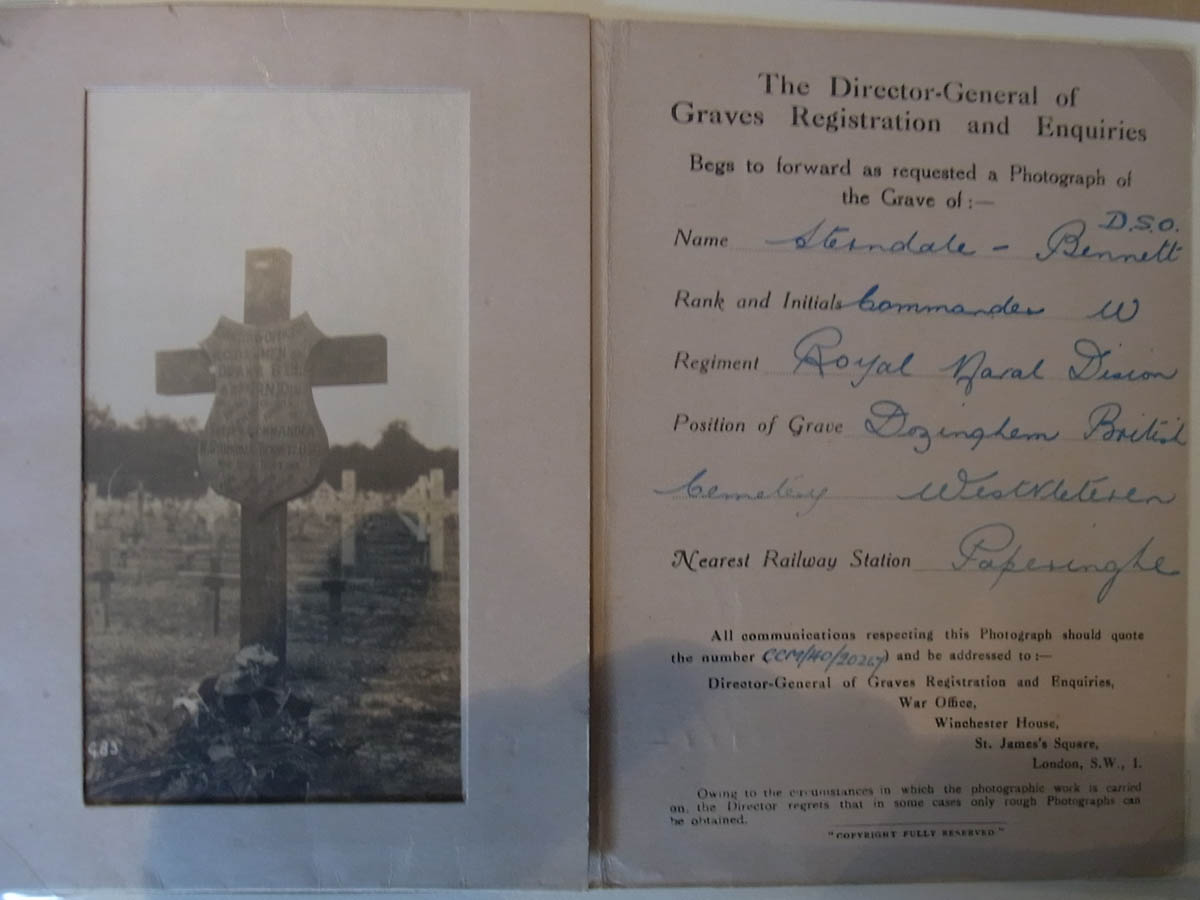