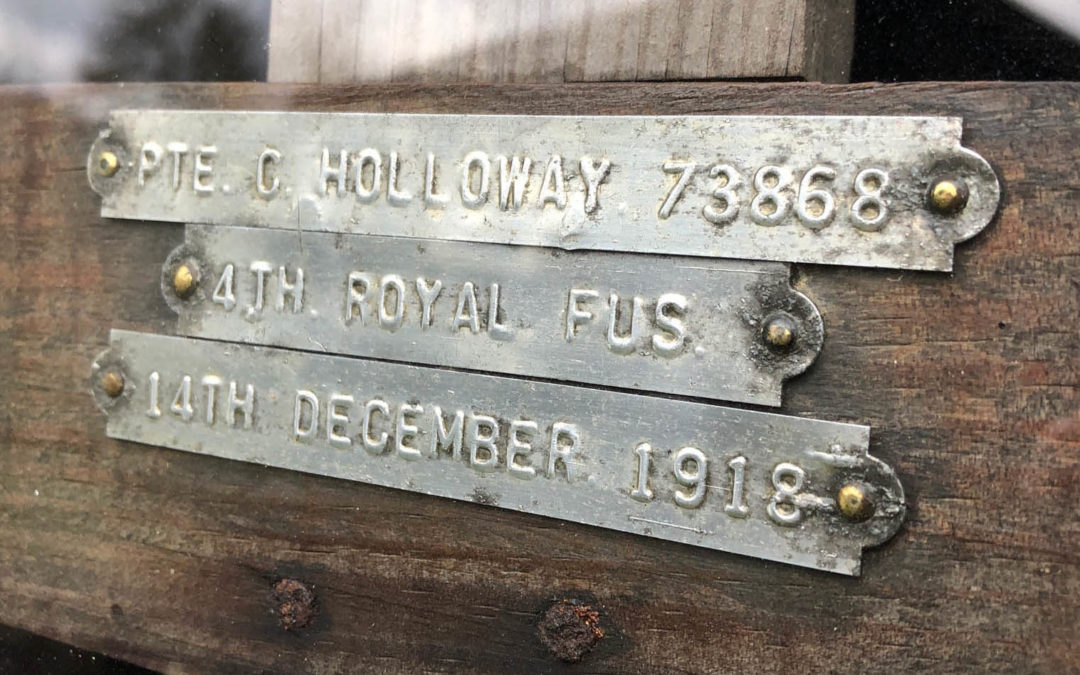 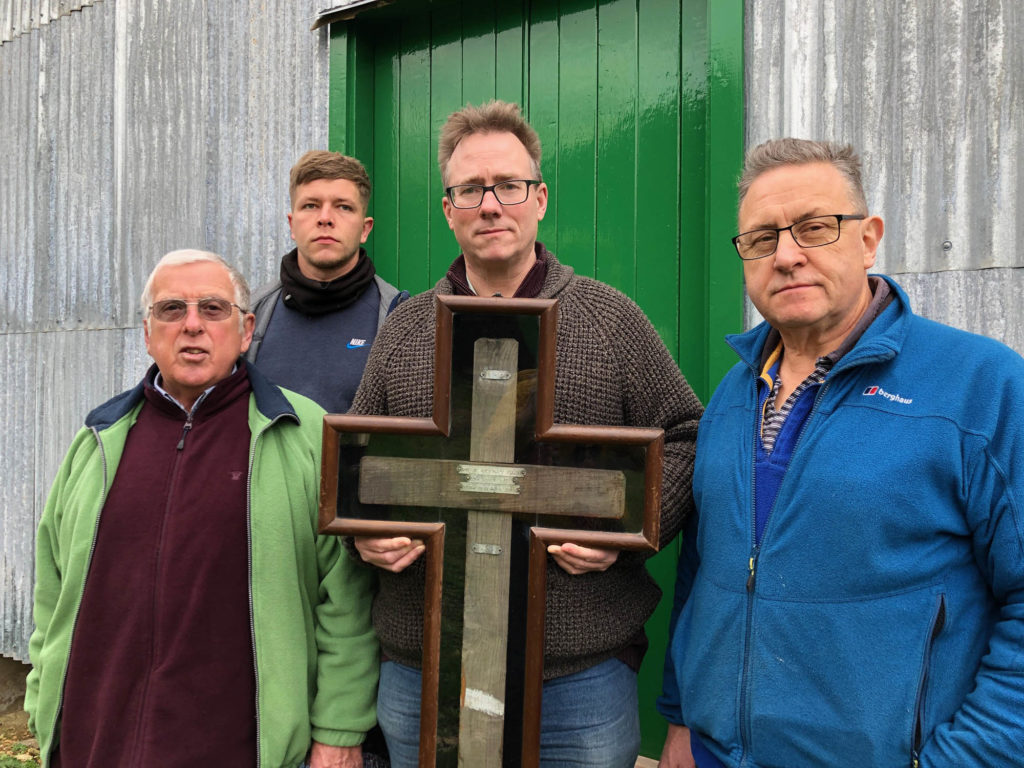 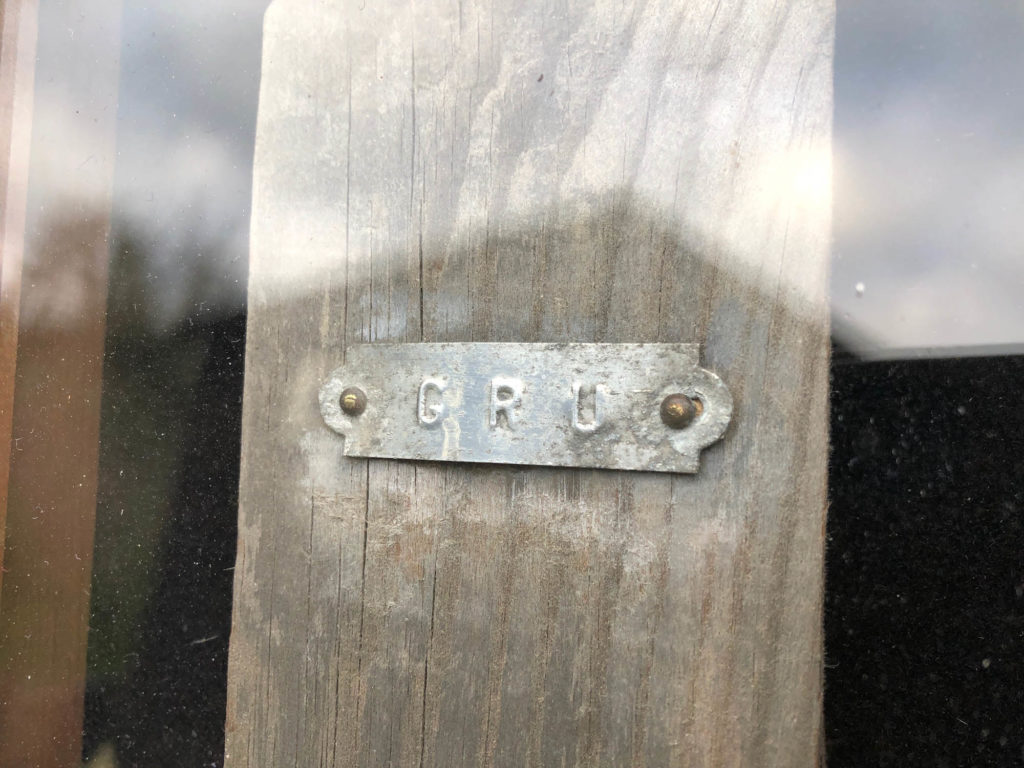 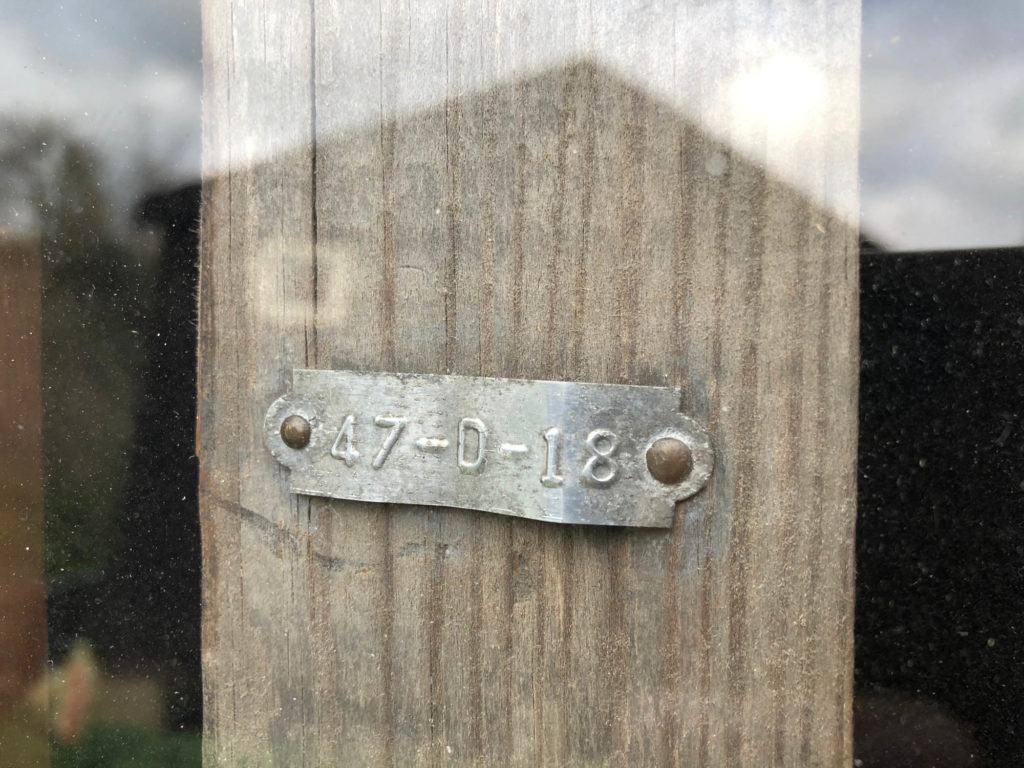 Mounting to wall: Mounted in a contemporary glazed wooden frame with single suspension loop. The frame is 1240mm long x 505mm wide x 50mm deep. It is glazed with three separate pieces of glass and the Cross sits on a backing of black felt.

Evidence of use in field (earth marking, cracking, staining, shrinkage): Evidence of all these and a small piece missing from the tip. The original point was 140mm long, tapering to a 50mm wide point.

Surface insertion depth (into ground if apparent): Hard to say but at least 150mm.

This framed Grave Marker had been in the loft of a former Policeman since the 1970s. He was a collector of medals and militaria and, on his death, the marker was rediscovered when the family were clearing his house. The family don’t know how he came to own the marker although his beat did include Hounslow where Charles Holloway lived so it may have come directly from the Holloway family.

The Marker was donated to Great War Huts for display, by the family, on Sunday 9th December 2018 at the suggestion of Tim Godden and Nick Stone of The Returned Project.

We believe this could be a ‘cased’ Toc H example, althoughthis is almost impossible to ascertain, it is entirely possible the family had the case made for the cross. – Nick

Inscription
“IN LOVING MEMORY OF OUR DEAR CHARLIE WHO NOBLY GAVE HIS LIFE R.I.P.” 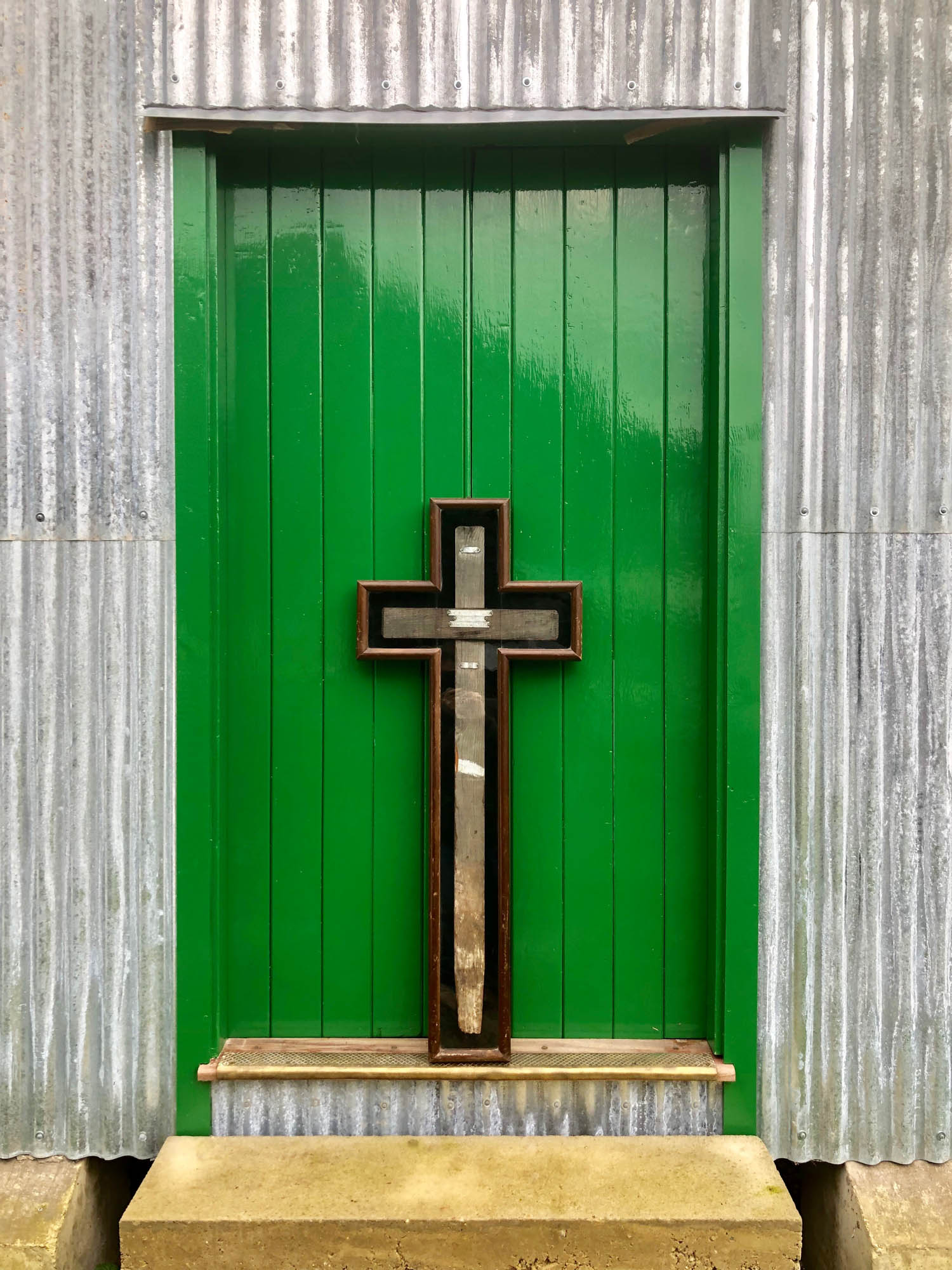