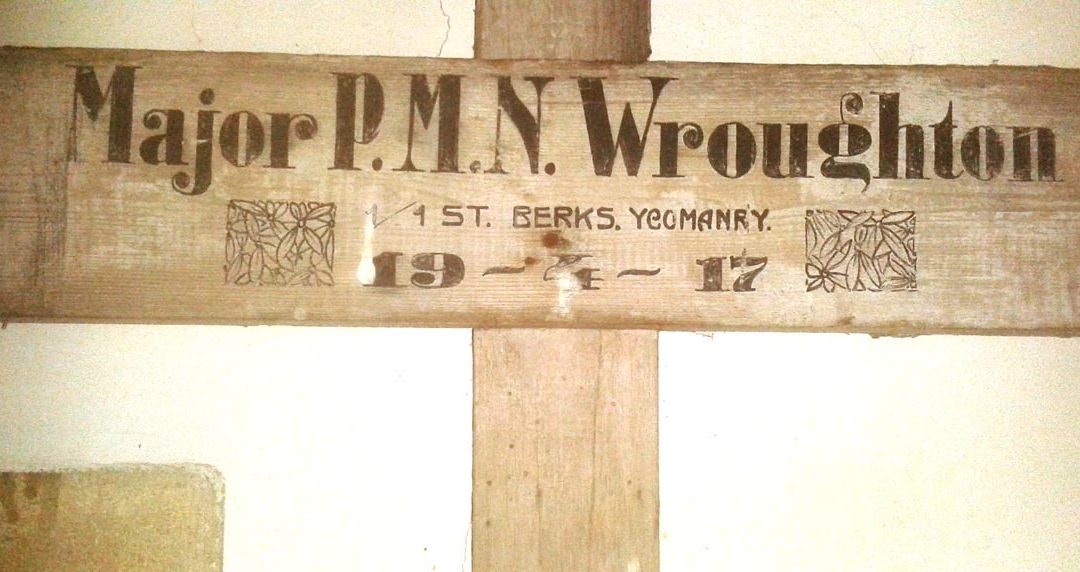 An interesting pair of crosses in two locations for the same man, the other cross is at Fawley which also shows a photo of it in situ, both appear to be Battlefield grave markers. It is perhaps the case that this one was a makeshift original and was replaced by a better more elaborate cross, both have a brass plaque affixed which indicates they were brought back from Gaza, a real curiosity which Alison is still looking into. One of only three examples we have so far (13/12/16) of pairs of markers.

Metal plate (Brass) affixed to the shaft above what appears to be a soil line, with the wording:

Text type: in black paint-hand written. Black paint also used for decorative scrolls to the side of the date. (see photo)

Other information
Mounting to wall: Fixed to the wall with a nail and hook
Detailing: Black paint detailing on the surface of the cross
Evidence of use in field: Evidence of staining to the bottom of the cross and water damage/rot
Surface insertion depth: 240mm
Finish: No varnish to the cross, and un-oiled but faded white paint
Condition: The condition is fair, although evidence of wood worm and splitting to the wood.

Photographs and Survey by Allison Wilken. 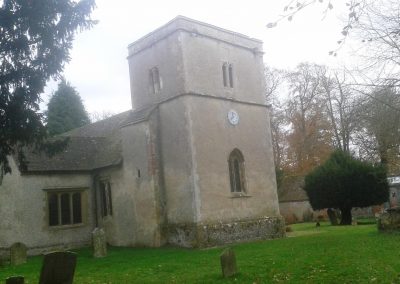 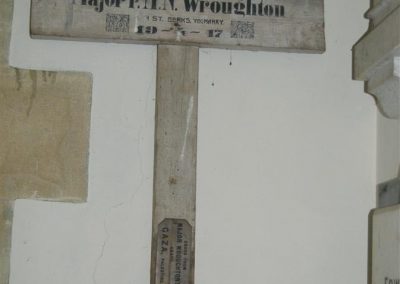 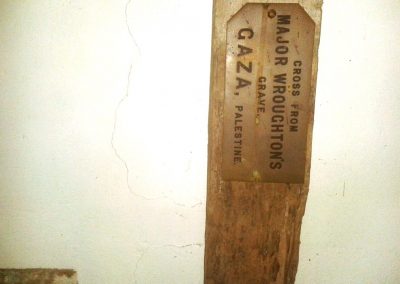 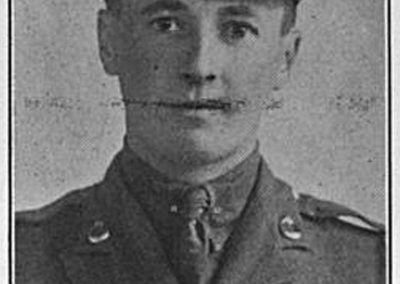 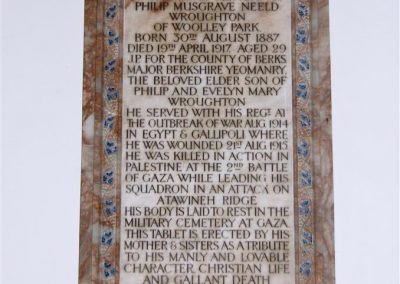