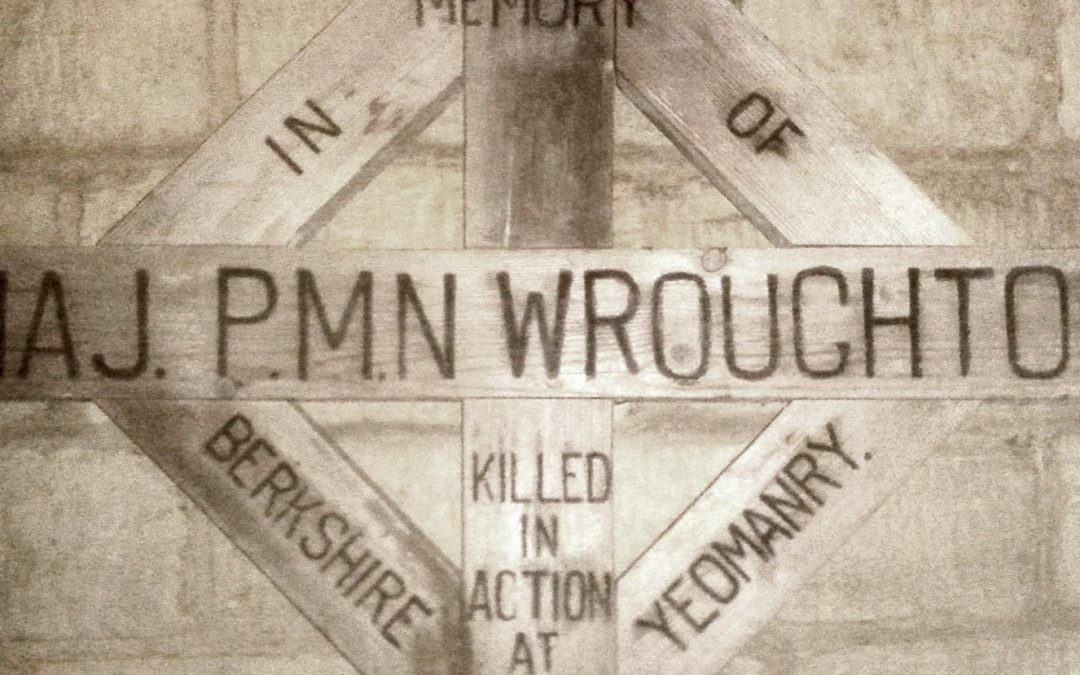 An interesting pair of crosses in two locations for the same man, the other cross is at Chaddleworth. Both appear to be Battlefield grave markers. It is perhaps the case that this one was a makeshift original and was replaced by a better more elaborate cross, both have a brass plaque affixed which indicates they were brought back from Gaza, a real curiosity which Alison is still looking into. One of only three examples we have so far (13/12/16) of pairs of markers.

Metal plate (Brass) affixed to the shaft near the bottom, with the wording:

Text type: Carved and then filled with black paint. 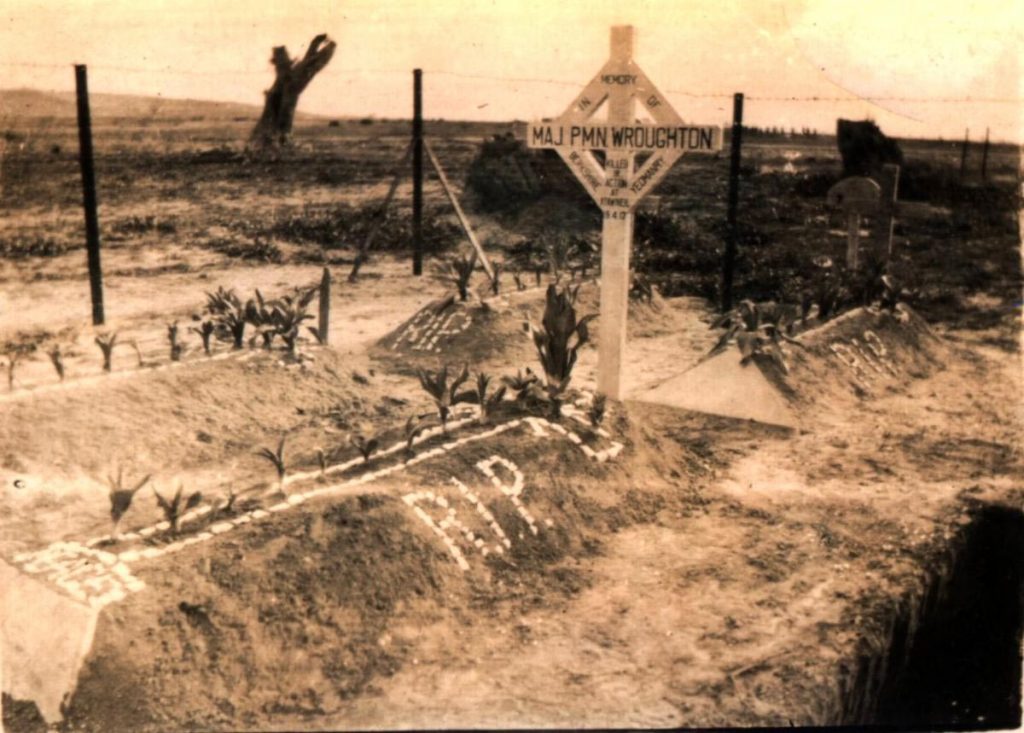 Other information
Mounting to wall: Free standing against the back wall of the church
Detailing: Black paint detailing on the surface of the cross
Evidence of use in field: Slight evidence of staining to the bottom of the cross.
Surface insertion depth: Not evident
Finish: Slight varnish to the bottom section of the cross, and un-oiled. Faded white paint
Condition: The condition is good, although evidence of wood worm and splitting to the wood.

Additional Comments:
St Andrew’s Church, Chaddleworth also contains a battlefield cross for Maj PMN Wroughton. Although St Andrew’s, Chaddleworth was the family church of the Wroughton family, the Wroughton family were also the patrons of St Mary’s. A photograph of the St Mary cross in-situ on the battlefield is attached, courtesy of: http://ww2talk.com/index.php?attachments/loose-burials-after-2nd-battle-of-gaza-incl-major-pmn-wroughton-wh-sear-collection-jpg.113943/

The mystery remains, however, since both crosses appear genuine. Perhaps it may be the case that Maj. Wroughton’s body was moved twice, hence 2 crosses? 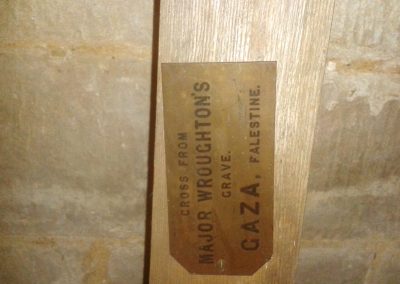 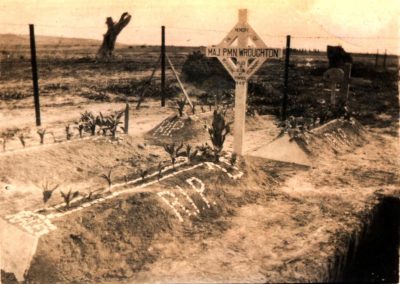 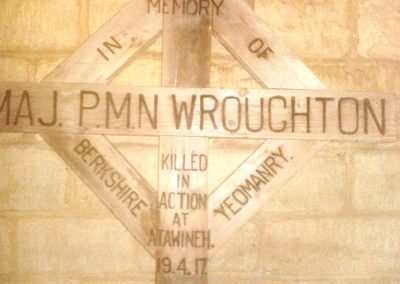 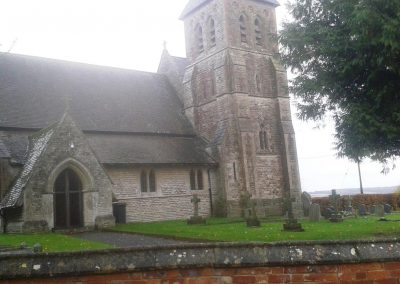 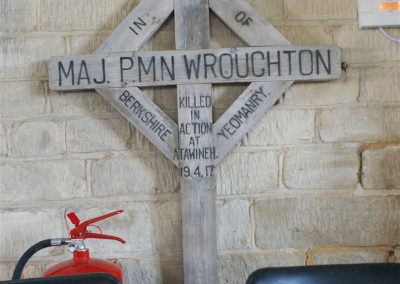