The cross on display in the museum was put up on the site of her grave after her body was removed, c.1919. (The alleged original cross is in Swardeston church)

Description: Wooden pine cross which marked the original grave of Edith Cavell at her place of execution, the Tir Nationale, Brussels, with silk commemorative ribbon and notes re provenance (in French)

Provenance: Donated to The Royal London Hospital Archives & Museum by the Belgian government and people, September 2000.
Previous history: Caption (in French) states that the cross was latterly exhibited at the canteen, Tir Nationale and donated to the Institute Edith Cavell – Marie Depage in 1952 by the canteen proprietor, Mme. Ringoet.

The original cross put up on her grave site at the Tir Nationale in 1915 was a simple cross with a simple number (5, according to a contemporary postcard, which is I think the image you attached before). The cross of which you have a remnant was, as I understand it, put up on her grave site after the liberation of Brussels in 1918. It apparently became a target for souvenir hunters. 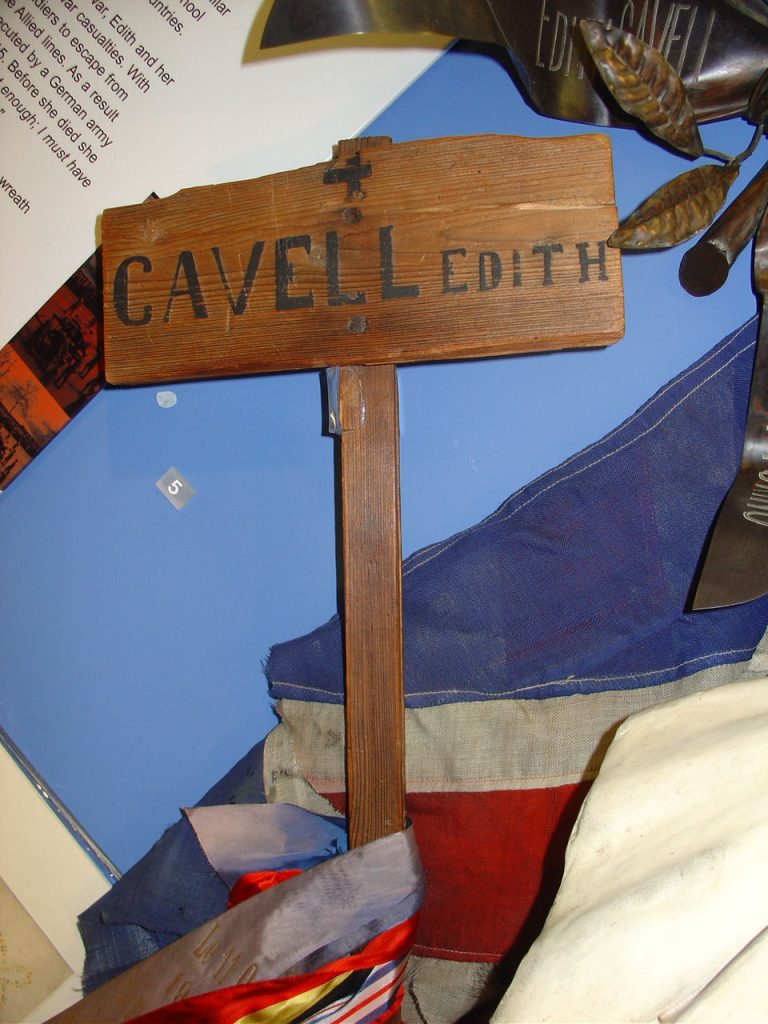