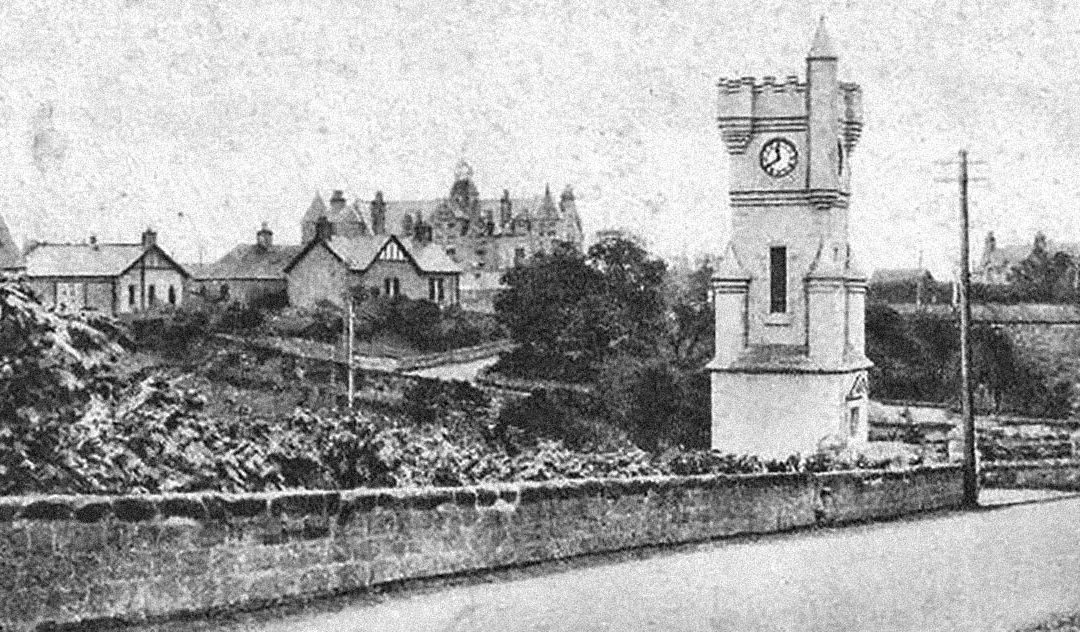 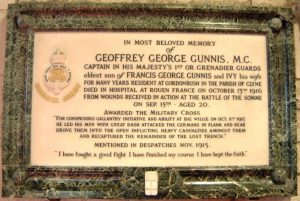 Geoffrey was born at 67 Cadogan Gardens, Chelsea, in London, on May 7th, 1896. He was the first of three sons born to Francis George Gunnis, an East India Co Merchant, originally from Glasgow and Ivy Marion Streatfield, from Chiddingstone in Kent.

At first, the connection of Geoffrey with our parish of Clyne seems an unlikely one, but the Gunnis family already had connections with Gordonbush, as his father had taken shootings there and fishings in the River Brora from as far back as 1884. The family were later to become one of the most generous benefactors in the parish, staying each summer season at Gordonbush; in 1902 the Gunnis Medal was presented to the Brora Golf Club to be competed for annually.

In the 1901 census, Geoffrey was living in the home of his aunt and uncle, Louisa and Ethelbert Phillips at 79 Cadogan Square, in Chelsea, along with his brother, Rupert. It is interesting to note that there were 9 servants (a Butler, a Ladymaid, a Cook, 2 Housemaids, a Footman, 2 Nurses and a Kitchenmaid) in the house at this time, serving Mr & Mrs Phillips and their 2 small nephews.

Educated at Eton School between 1909 and 1913, and then Eton Officer Training Corps at Sandhurst, Geoffrey was a contemporary of Harold MacMillan. On completion of his training, he joined the Grenadier Guards as a Lieutenant, a regiment in which family members had previously served, in 1914. Being a serving soldier, his regiment was deployed to the western front, somewhat surprisingly late in the war, on July 26th, 1915.

From his early days, Geoffrey would have been a frequent summer visitor to the Shooting Lodge at Gordonbush and he had established many friends and connections in the parish by the time he joined the army at the age of 18. Indeed, the Northern Times reported of his being awarded the Military Cross, a medal awarded to officers for distinguished service in battle, (see photo) for conspicuous courage during the Battle of Loos, to the NW of Lens in France, which was the first major British offensive of the war.

His battalion had been charged with taking the enemy Big Willie trench when, “on October 8th, he was ordered to block a communication trench with his platoon and to seize the opportunity of making a bombing counter-attack. When bombs came up, he led his men with great courage and attacked the enemy in flank and rear, driving them out on the open ground and recaptured the remainder of the lost trench, inflicting severe casualties on the enemy.”

The Northern Times report continued “Lieut Gunnis is only 19. When he counter attacked, he was nearly surrounded by Germans and they had also exploded his trench with two machine guns, killing a number of his men. His many friends in Sutherland will be pleased to learn of the honour which the King has conferred upon him for his bravery”. Only 2,885 MCs were awarded during the Great war.

His citation in the London Gazette of November 4th, 1915 reads “For conspicuous gallantry, initiative and ability at Big Willie on 8th October, 1915. He led his men with great dash. Attacked the Germans in flank and rear, drove them into the open, inflicting heavy casualties amongst them, and recaptured the remainder of a lost trench.”

Geoffrey was promoted to Temporary Captain on November 13th, becoming second-in-command of a sub-unit of up to 120 soldiers. Having continued to see action in the intervening period to September 1916, the 3rd Battalion, Grenadier Guards, with many others, underwent training at Morlancourt, S of Albert, in preparation for an attack on enemy lines near Ginchy, at the Somme, on the 15th. 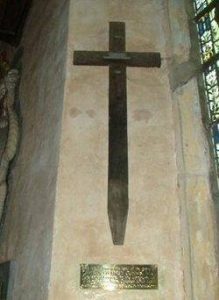 Zero hour for the attack was 6.20am. The men had taken position at 3am and, according to the battalion war diary “The men slept therefore from 3 – 5.45 a.m. when they were given sandwiches and an issue of rum.” A creeping barrage signified the start of the action and the Germans countered with their own artillery. The British troops advanced and were immediately cut down by enemy machine guns; many officers and men fell as they left their positions. Tanks were supposed to be in support, but they failed to materialise. Their left flank was “in the air” and the right flank was “completely exposed”.

At the end of the day, after suffering great casualties, the battalion “held a small frontage on the right of its first objective.” The enemy persisted in counter-attacking during the night, but these were all repulsed. It is not stated when, but sometime during the day’s action, Captain Gunnis received a bullet tin his chest, which penetrated his lungs at Lesboeufs and he was withdrawn from the battlefield. He was evacuated, eventually to the hospital in Rouen, where he died of these wounds on October 13th.

He was interred in the Officer section of St Sever Cemetery, Rouen (see photo) and is also commemorated on a special plaque in Clyne Parish Church (see photo), and with his original wooden gravemarker and special brass plaque in the church at Chiddingstone, Kent, the place of his mother’s birth.

This Cross has yet to be surveyed, If anyone wishes to complete it or has any further information please get in touch with us.