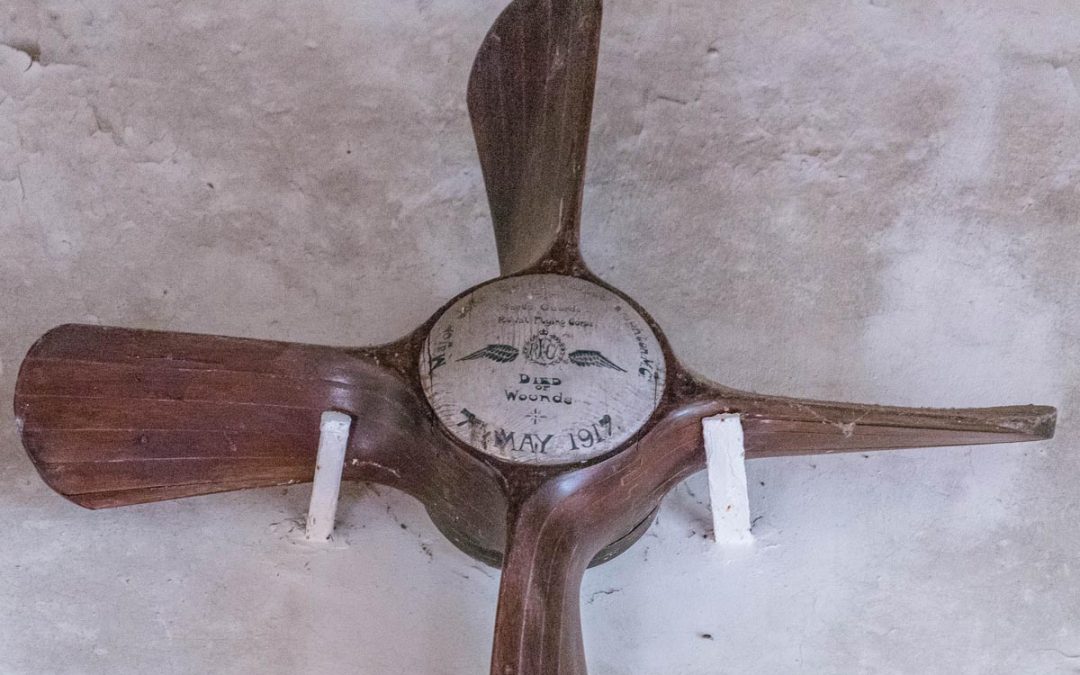 The cross is displayed in the Loton Chapel (right side transept). It is a four bladed propeller cross set high on the back wall.

Other information
Mounting to wall: The propeller cross rests on two protrusions from the wall.
Evidence of use in field (earth marking, cracking, staining, shrinkage): There is marked discolouring towards the bottom of the cross.
Surface insertion depth (into ground if apparent): Unable to measure.
Finish (varnish, paint, oiled, unfinished etc): Dark brown stained wood.
Condition (cracked, paint peeling, woodwork, damage etc): The cross looks to be in good condition. 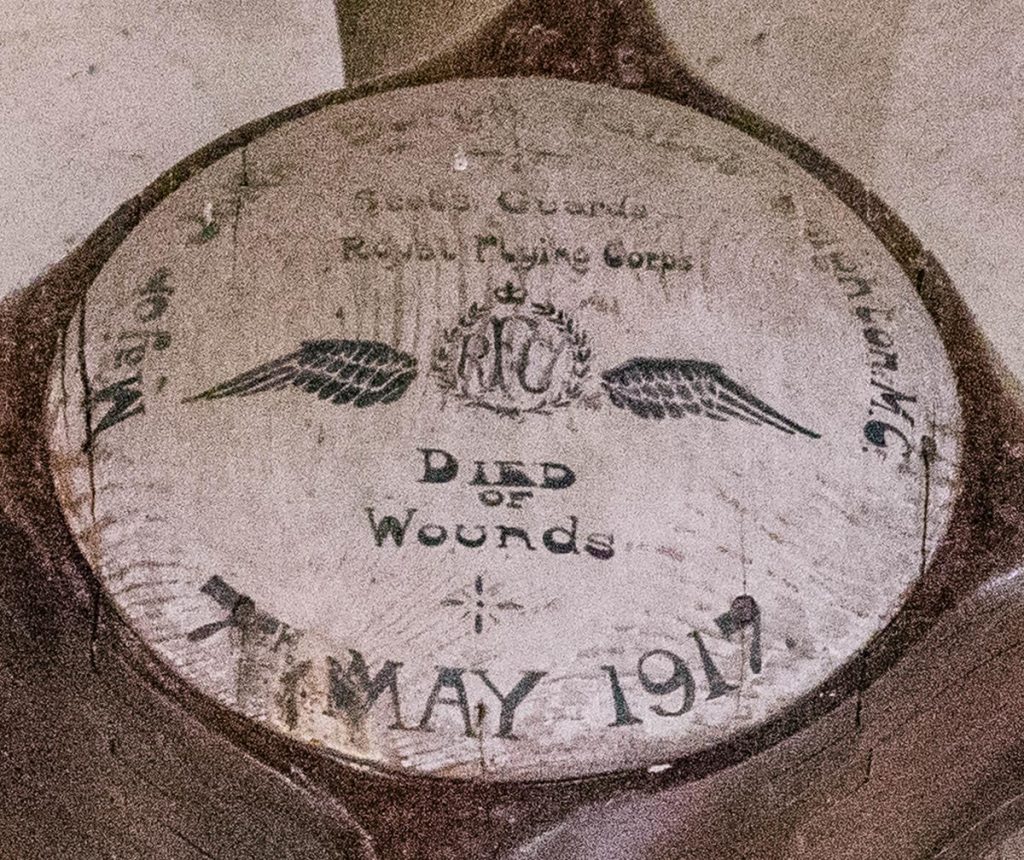 Notes and observations:
Underneath the cross there are five plaques. The main plaque in the centre is dedicated to John Leighton and reads ‘John Burgh Talbot Leighton M.C. Captain. Scots Guards. Major. R.F.C. Elder son of Sir Bryan Leighton. 9th Baronet. Born Feb 9th 1892. Died of wounds in France May 7th 1917 while commanding No.23 Squadron. Royal Flying Corps. Buried in the Military cemetery, Varennes, Somme. Awarded Military cross for particularly fine and gallant work while flying in Egypt 1915. Twice mentioned in Sir Douglas Haig’s despatches for gallant & distinguished services in the field 1917. The perfection of an English gentleman, soldier and friend. Nothing is here for tears, dispraise or blame. Nothing to wail, nothing but well and fair. Or knock the breast and what my quiet us. No weakness no contempt, on a death so noble’.

There are many beautiful monuments and plaques around the church dedicated to local gentry who fell in the Great War. Among these there is a plaque dedicated to Thomas Vaughan who was the verger of the church. He was killed in the trenches near Ypres on 26th September 1917 aged 35.

St Michael & All Angels is an exceptionally beautiful and ancient Saxon church with a long history. It was founded between the 7th-10th century, and was re-consecrated in 1290 after the Welsh border disputes ceased. The nave has been quoted as the finest example of a medieval roof in all Shropshire. It has a saddleback tower dating from 1200AD, and the Loton Chapel was added in 1320. The chapel was named after Loton Park (the family seat of the Leighton family). It also contains a Pre-Raphaelite window by Burne Jones. The church has an incredible carved ceiling and the chancel is also beautiful – the back wall is covered with the Lords Prayer, the ten commandments, and the Apostles Creed. The church strong box was also made in Flanders around 1680 and has a cleverly concealed keyhole to prevent theft.

Many thanks to the Rev Val Tait who kindly arranged access for us to the church. 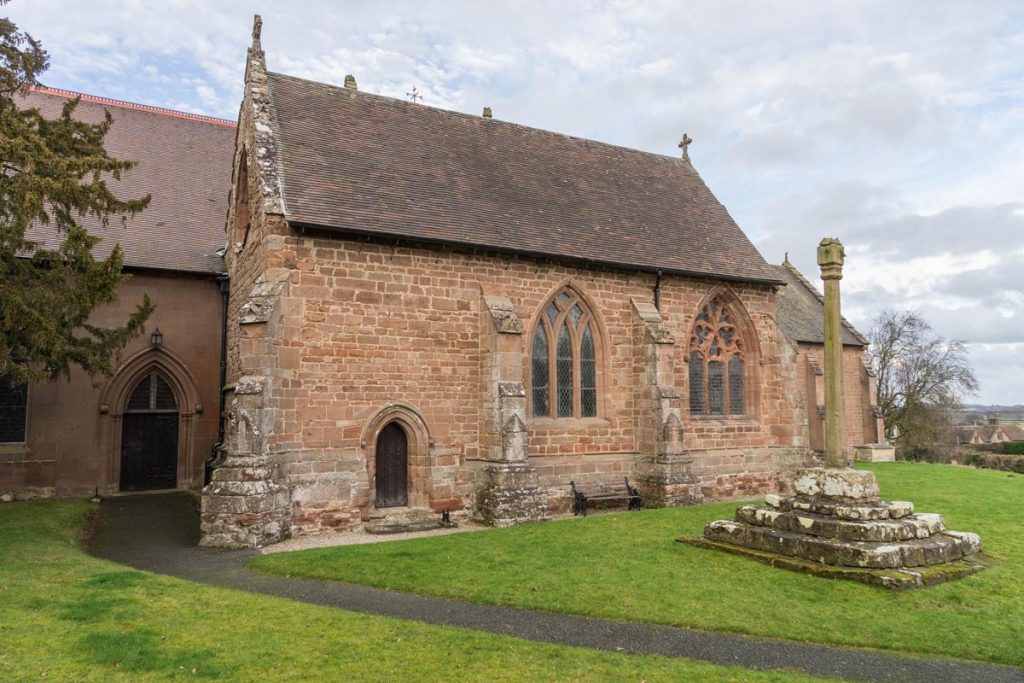 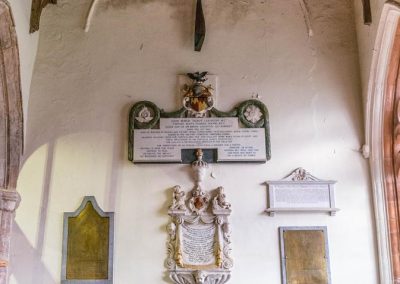 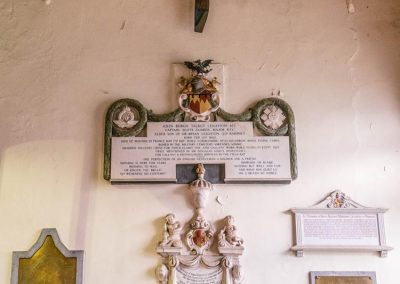 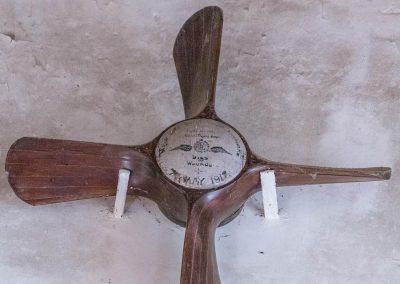 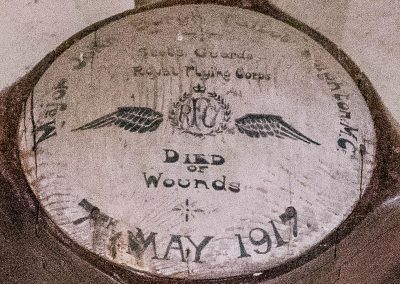 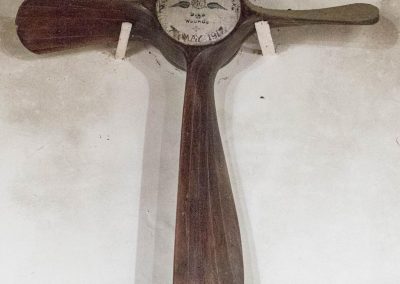 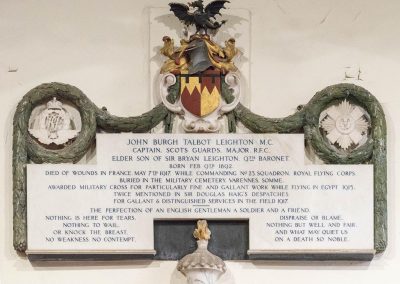 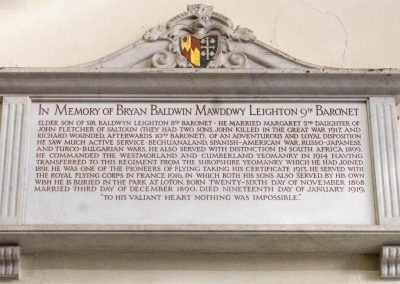 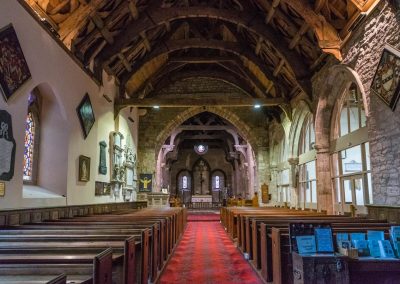 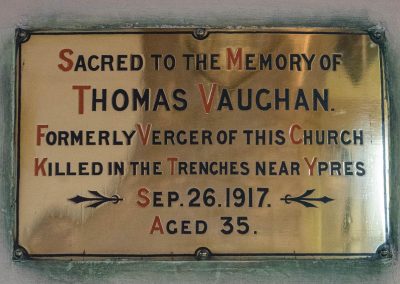 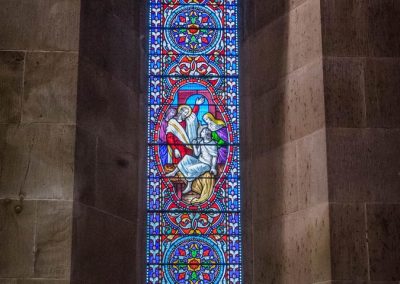 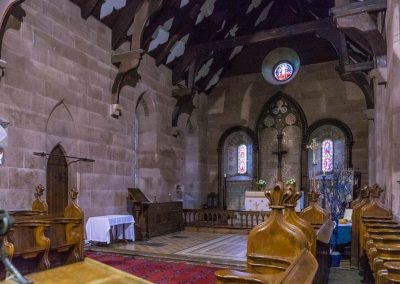 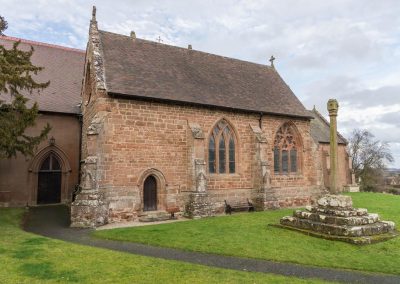