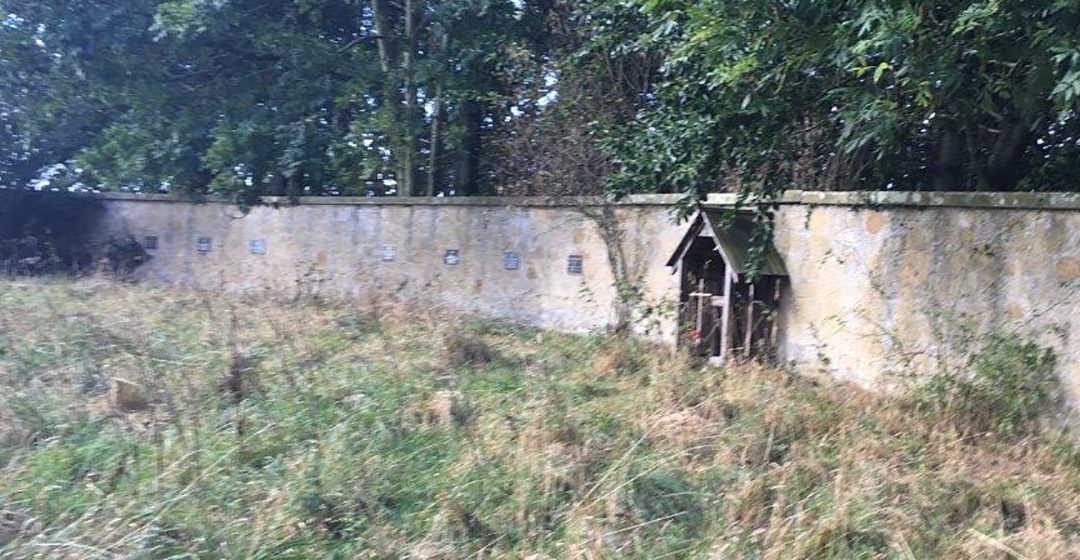 Other information
Mounting to wall:  Mounted on a wooden plinth which in turn is fixed to the ground.
Over the top is a protective canopy shaped like a church porch with crosses in the sides. The canopy has a brass plaque with the image of a soldier in profile and the words MARTIN HUNTER IX LANCERS WIMERIEUX MCMXVIII AT XXI
Detailing: Plain, weathered wood, chamfered edges and rounded ends to the shaft and cross beam

Other information, notes and observations:
Via Trevor Swan, with thanks:
Lieutenant Martin Hunter 9th (Queen’s Royal) Lancers. He was killed in action on 11th April 1918 aged 20 . He was the only son of James and Jessie Hunter Anton’s Hill, Leitholm and is buried at Wimereux Communal Cemetery. His original grave cross was brought over from France and can be seen in the private cemetery at Anton’s Hill, Leitholm,Coldstream. His father was Lt. Col. James Hunter J.P., D.L. late of the 9th Lancers who owned both Anton’s Hill and Medomsley in Co. Durham. Lt. Hunter had been educated at Eton and then Sandhurst before being commissioned in January 1915 and being sent on active service in 1916.

Nearby is the grave and headstone of Violet Isabel Hunter, Lt Hunter’s sister (?). On the rear Lt Hunter is commemorated.

Anton’s Hill is a private family cemetery, wholly enclosed by a wall, it looks much neglected and overgrown though still in use – there are grave markers from 2014 for example. It is some distance from the A6461 accessible only on a rough field track.

Survey and photographs courtesy of Scott Galloway
Date of survey: 06/10/2016 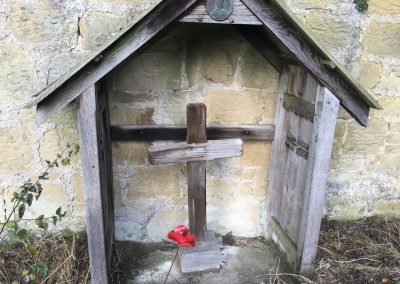 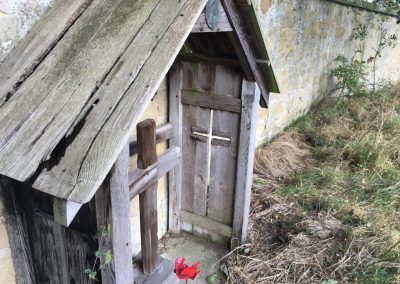 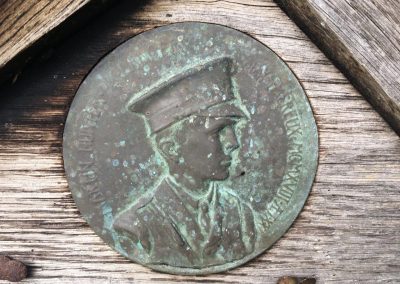 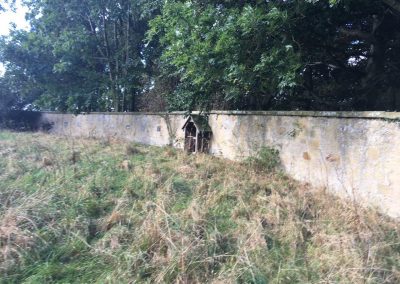 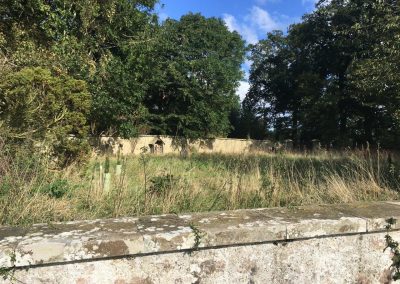 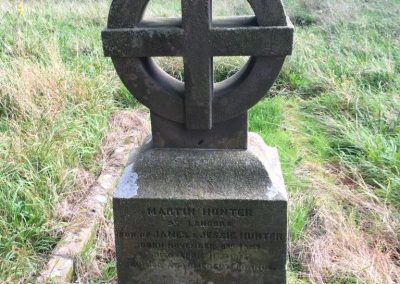 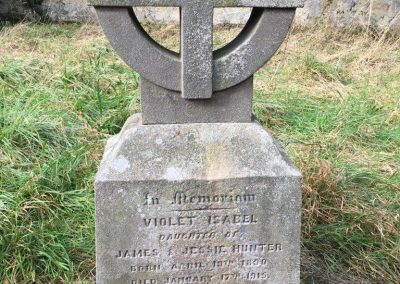 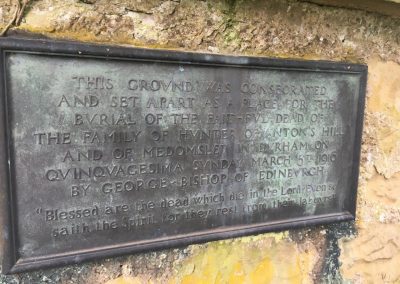