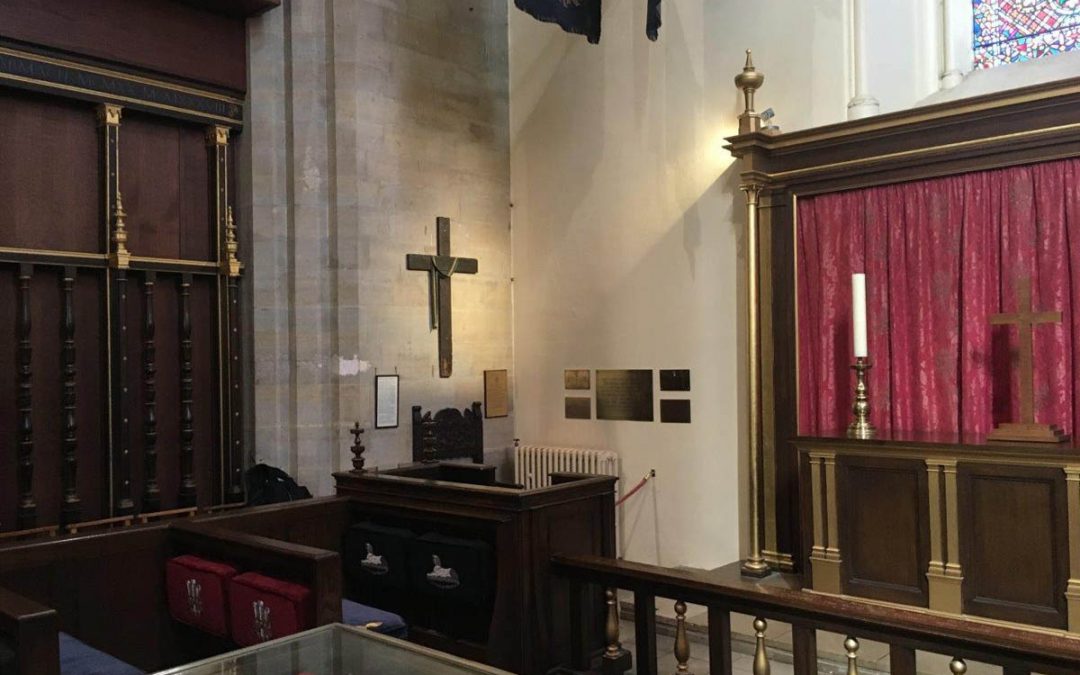 On the upper shaft:

KILLED AT THE CAPTURE OF GUILLEMONT 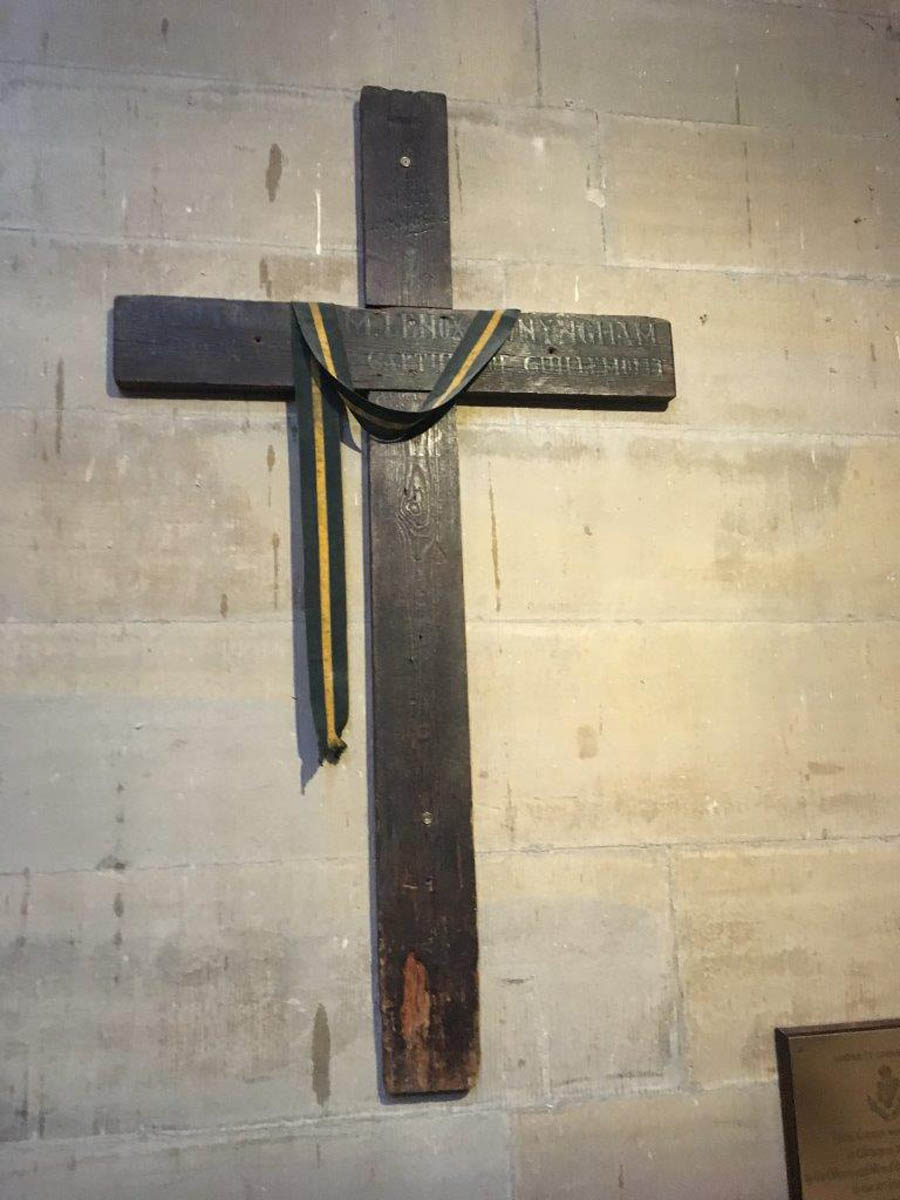 Mounting to wall: Three screws attach it to the wall.

Evidence of use in field:  Splintered slightly at the bottom, which appears shortened.

Finish: Appears to be varnished over the top of the painted letters.

Condition: The wood is reasonably well preserved and in good condition.

Notes and observations: The cross is one of a pair that were erected over the Col’s grave.  One cross is kept in the Royal Irish Fusiliers Museum in Armagh, the second in Armagh Anglican Cathedral.  Plaques describing the crosses as a pair are to be found with each of them, so they seem to have been separated at some point.

This cross is wall mounted in the military chapel within the Cathedral.  The chapel is the official chapel of the Royal Irish Fusiliers and features a number of the regiments colours from as far back as the American War of Independence. 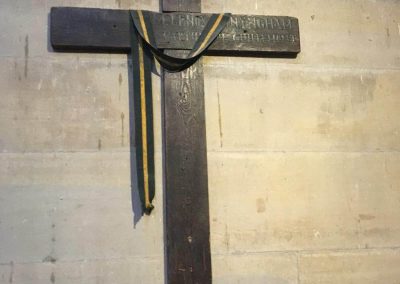 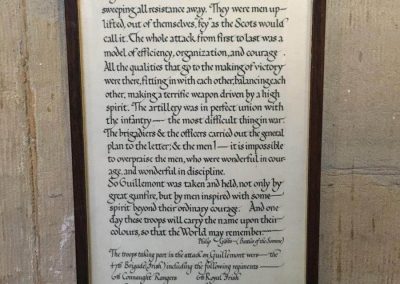 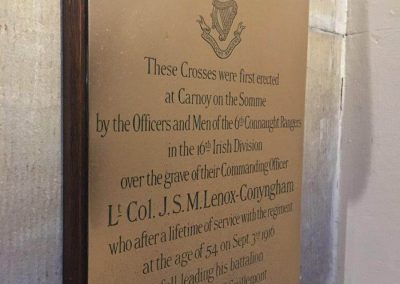 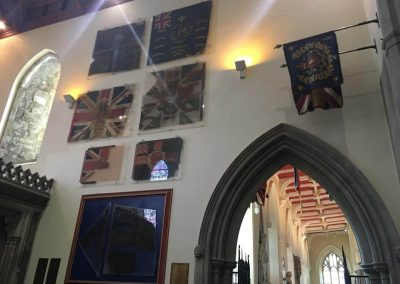 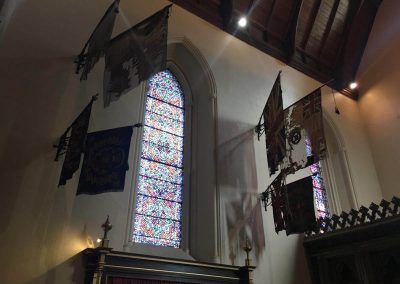 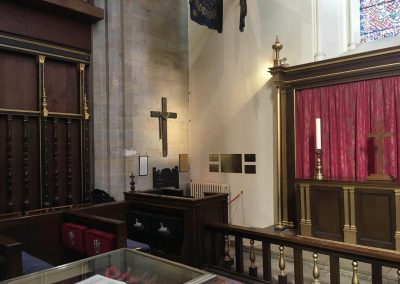 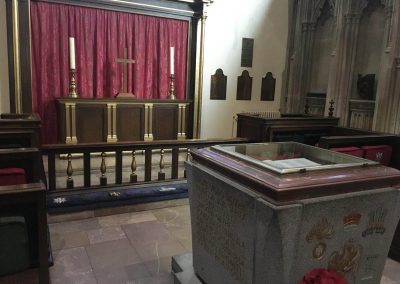 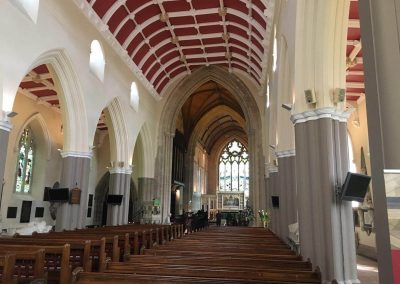 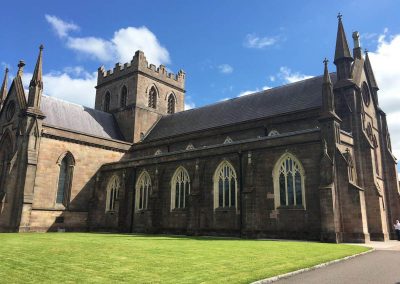