Plaque on stone base reads:

Text type: Painted lettering
Measurements: Unable to take any due to the broken state of the marker. (Plus it was before the survey)

Further information:
The cross concerned has now almost completely broken and fragments lost (see third colour image from June 2015), but the B&W image gives an indication of how it was.

The cross appears to be made of sheet tin. This may not in fact be a battlefield cross, further research required.

It was still largely intact and the painted lettering was discernible, and it seemed to me it had been touched up, the lettering painted over again at some point, and the piece of wood that had been inserted to support the main upright was a piece of modern, machined wood.

The stone with the metal plaque records his date of death as 21 December 1917 (CWGC has 22) when in fact the Service Returns show he died of wounds 23 December.

From the Glenfarg website:
George Boyd Mc Arthur was  the son of James and Mary (nee Boyd) McArthur and was born at Old Fargie (Farm), Arngask (Glenfarg), Perthshire, on 19 May 1895. His father was a farmer, and his parents had married on 22 December 1891 in Dollar.

The 1901 census shows the family living at Forresters Seat, Old Fargie, his father aged 35 and his mother 36, with siblings Peter aged 8, Mary aged 3 and James aged 1.

The 1911 census shows the family at Old Fargie Farmhouse, Peter working on the farm whilst George and his siblings are still at school.

George enlisted at Perth and on 19 October 1915 entered the theatre of war in France with a cavalry regiment, the Ist Life Guards.

The regiment had been heavily involved at the First Battle of Ypres (October-November 1914) and Second Ypres (April-May 1915), but George McArthur’s first experience may have been the battles of Loos (September-October 1915) and Arras (April 1917). At other times, the regiment took its turn in holding various sections of the front line trenches. The exact place and circumstances of George McArthur’s death are unknown, but records show that he died of wounds on 23 December 1917.

Survey and photographs courtesy of Jen Lindsay
Date 2006 and 2015 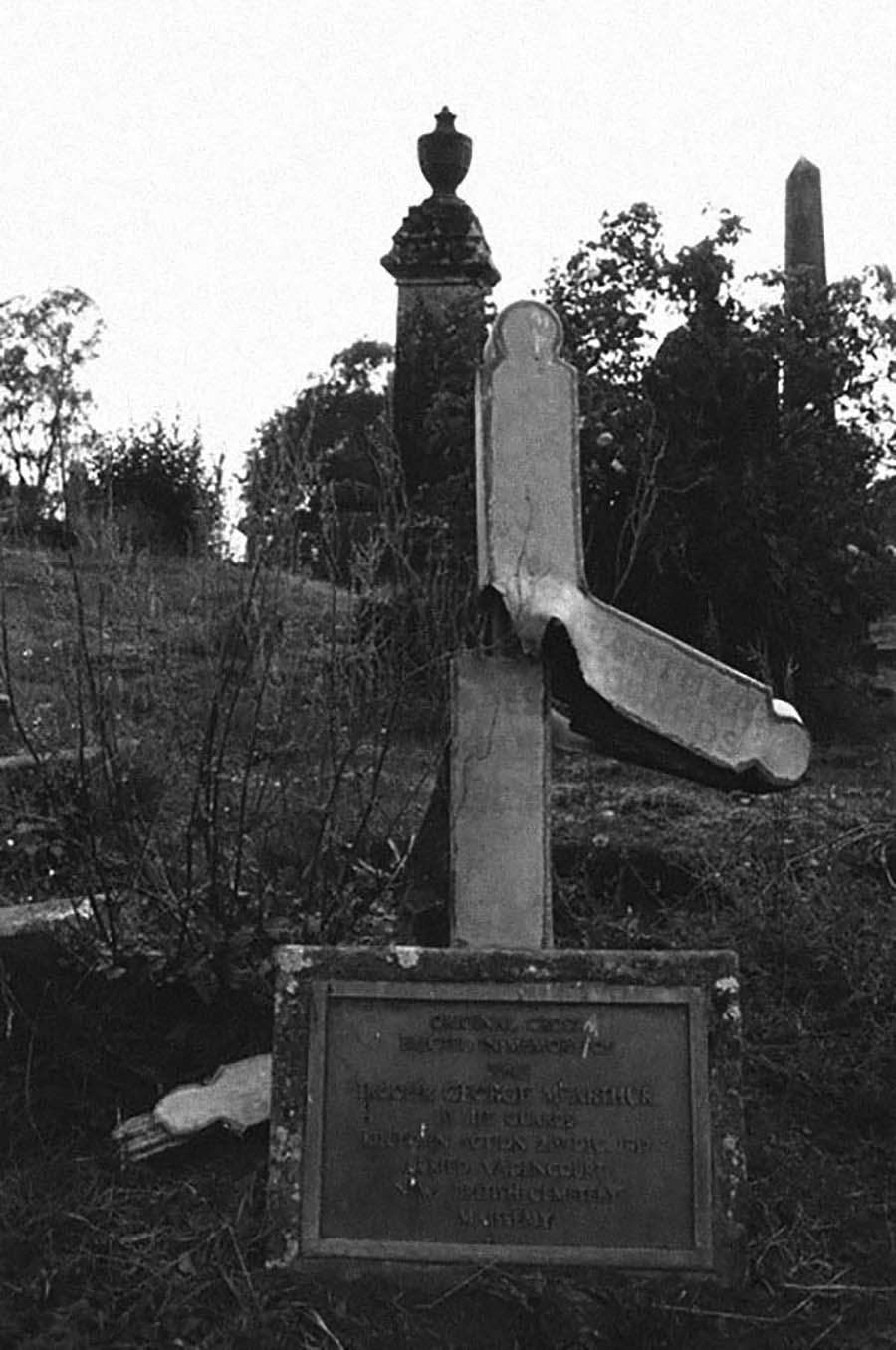 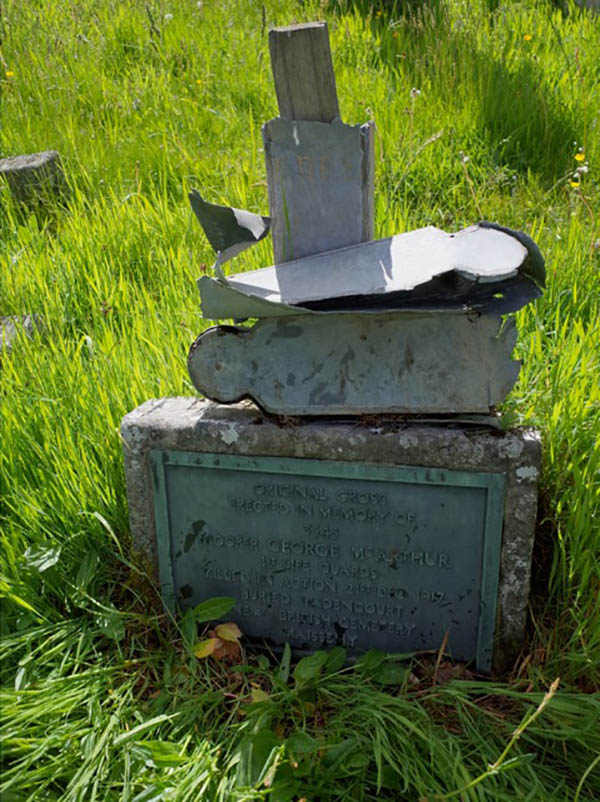 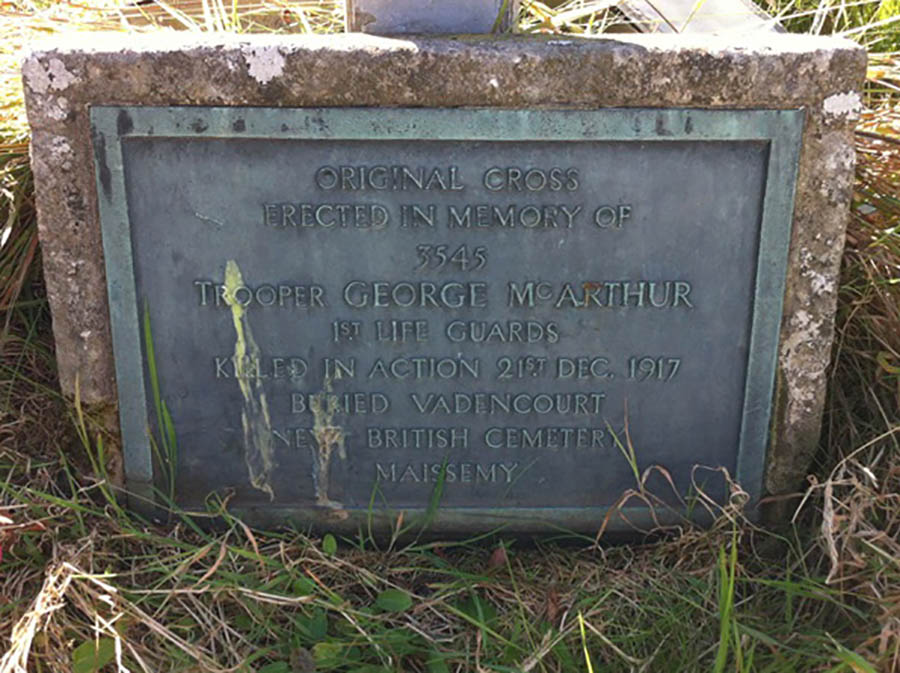 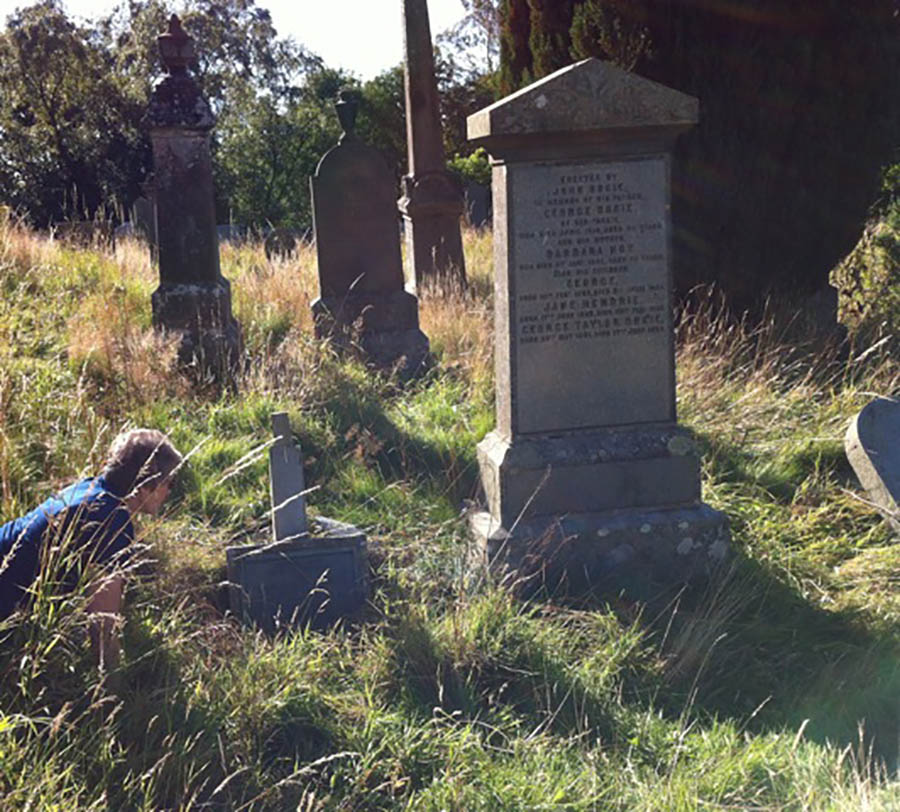