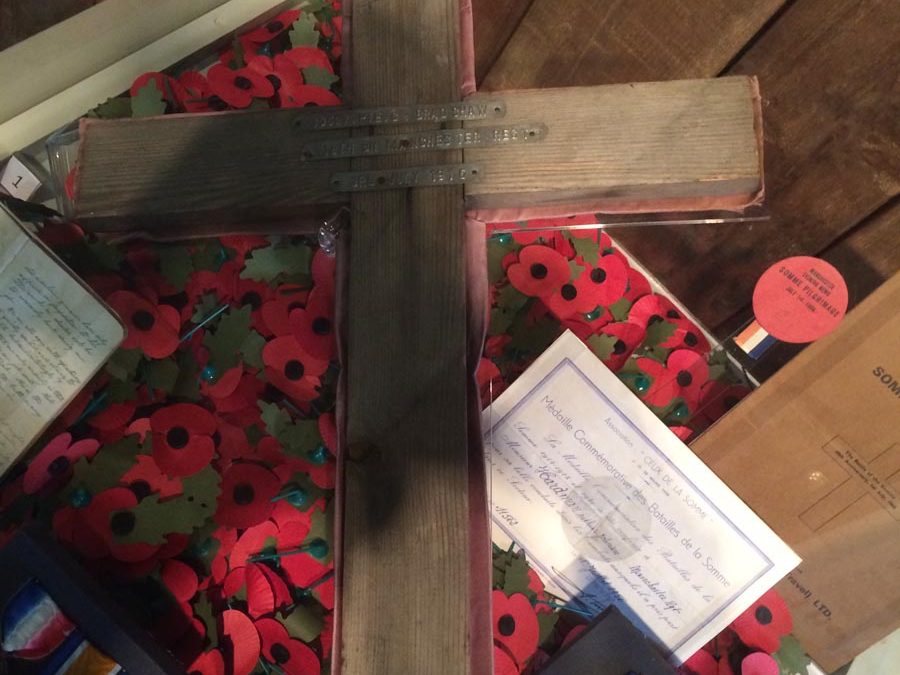 Displayed in glass case with associated First World War ephemera in the museum.

The Portland Basin display includes an original grave marker. This is the original cross that marked the original burial place of Private Colin Reveley Bradshaw (10527) of ‘C’ Company, 18 Battalion of the Manchester Regiment. Colin died on 3 July 1916, aged 27, just two days* after the start of the Somme offensive. He left behind his parents, Robert and Catherine Ruth Bradshaw of South Drive, Chorlton, Manchester. Colin is now buried in the Daours Communal Cemetery Extension, France.

John was born in 1895 and grew up in Hyde.  He left school at 13 and went to work at one of the cotton mills owned by Ashton Brothers and Company.  John enlisted, underage, in November 1914 into the 20th Battalion of the Manchester Regiment and experienced the fighting on the first day.  John found it “impossible to describe what happened on that first day of the Battle of the Somme, but I’ve never been able to forget it”. John survived and after the war returned to Ashton Brothers and worked there for 42 years. John died in 1985, aged 89.

Additional information.
Private Colin Reveley Bradshaw, No. 10527 of the Manchester Regiment. Died on 4 July 1916 Age 27, He is buried in Daours Communal Cemetery Extension, Somme, France. The Son of Robert and Catherine Ruth Bradshaw, of 79, South Drive, Chorlton, Manchester. He was born on the 26th of April 1890. His birth registered in St Saviour, Manchester. He had a brother Sydney and a sister Muriel. He was a travelling salesman by profession. Colin Signed up with the 18th Service (3rd City) Battalion of the Manchester Regiment on 7th of September 1914, He is described as having brown eyes, dark hair was quite slight, 5ft 6inches tall and a sallow complexion. His effects are listed as

An outline of their war is described here. In all likelihood he received his fatal injury somewhere between the point where they moved forward at Cambridge Copse and Montauban which was their objective The 18th were operating in a support role. The Battalion’s casualties were: 5 Officers and 170 other ranks killed, missing or wounded. More information on the role of the Battalion is available here.

*It would appear he sustained a serious injury on the 1st of July, a gun shot wound to the back and chest, he died on the 4th. 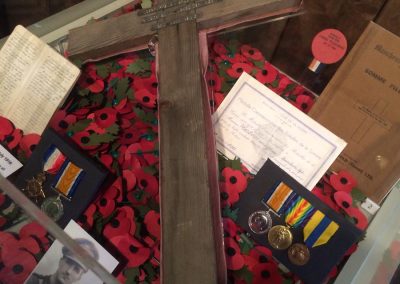 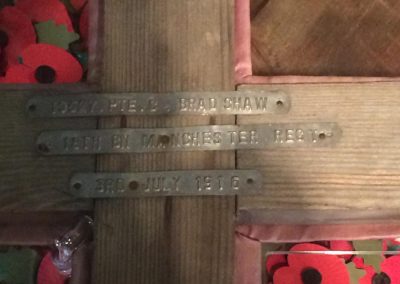 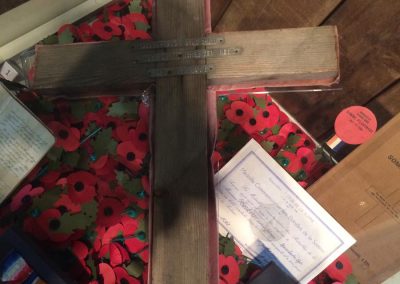 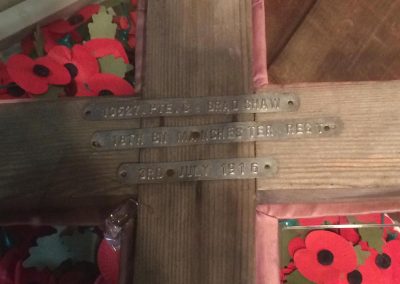 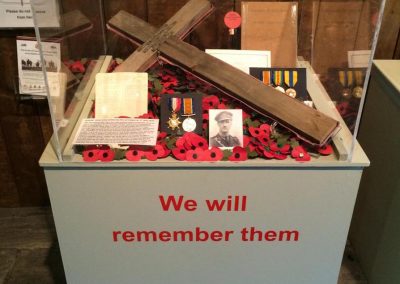