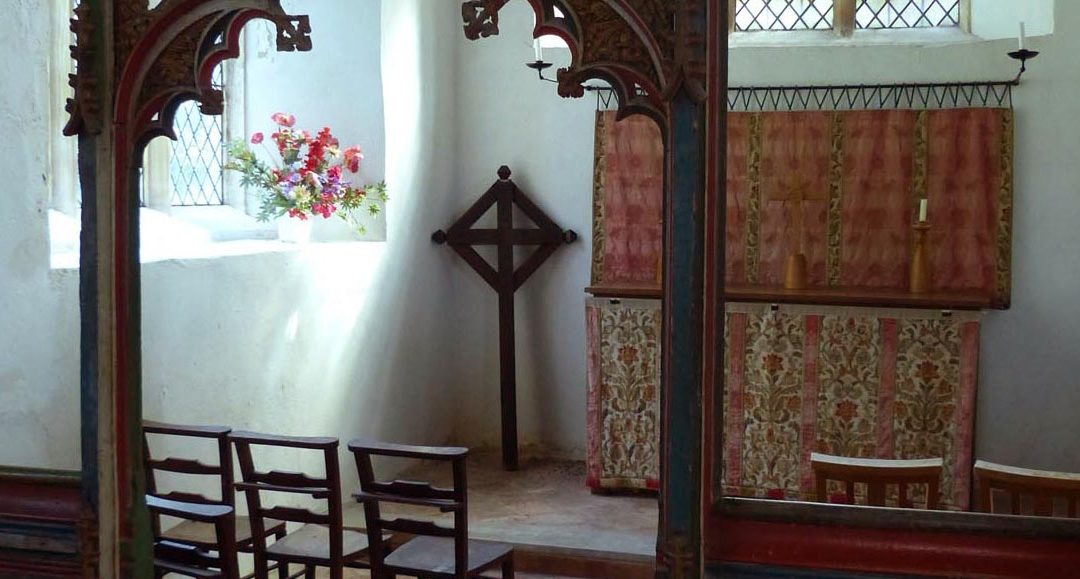 Details on the Cross:

Black painted lettering – very dark and difficult to read even using a torch.

At top pf the shaft:

R.I.P. IN LOVING MEMORY OF

On shaft below beam:

The Cross is in good condition and has either been varnished or oiled. The diagonal box pieces are chamfered top and bottom and the beam have finials on each end as does the top of the shaft. It is free standing next to the altar in the chapel to the left of the nave of the church. There is no indication of the depth it had been in the ground although there is some sign of rot at the base along with some woodworm.

Additional Information:
Charles Edward De La Bere is not named on the Village War Memorial. His brother Canon Samuel Hugh De La Bere was the vicar of Barking with Darmsden in 1925 for the next 39 years.

Charles started the war as a Private in the Royal Army Medical Corps attached to the 24th (1st Wessex) Field Ambulance. He went out to France on 5th November 1914. Charles had previously been in the OTC (Officer Training Corps) while he studied at Oxford University and on 30th November 1917 he was commissioned as a 2nd Lieutenant into the Royal Garrison Artillery. When he was killed he had been promoted to Captain and Adjutant of 66 “Y” Brigade of the Royal Garrison Artillery. Their War Diary for 10th September 1918 says: “Queant: 10th, Adjutant killed outside H.Q. by 4.4 Gun Shell”

His Commanding Officer, Lieut-Col M.H.C. Bird, wrote in 1925 in reply to a request for information for the War Diary:

Charles is buried in Ecoust-st. Mein British Cemetery. He is also remembered on the Memorial to the 24th (1st Wessex) Field Ambulance in Exeter Cathedral.

St Mary’s Church can be found a mile outside Needham Market on the A1078. Turn right into Parsonage Lane – a single track road and carry on until you see the Old Vicarage. Keep left where the lane forks and carry on 50 yards to the car park. 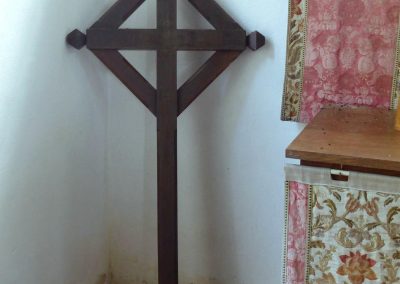 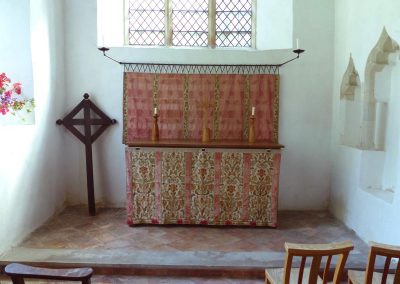 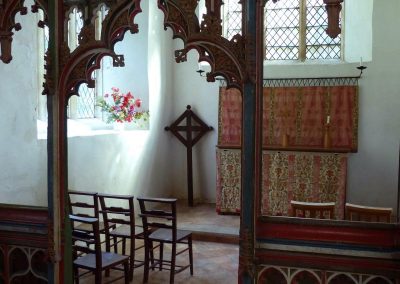 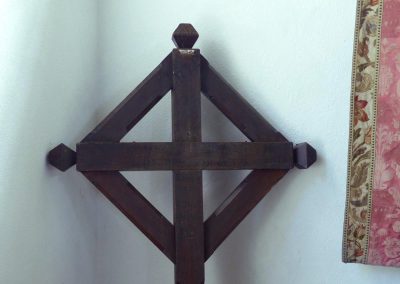 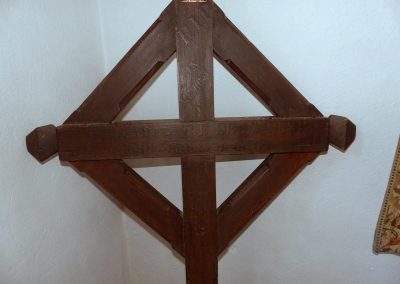 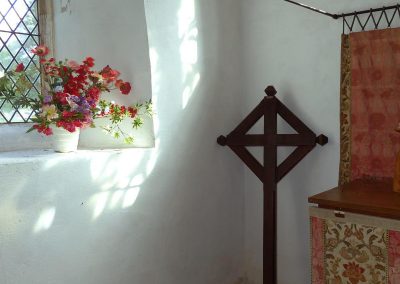 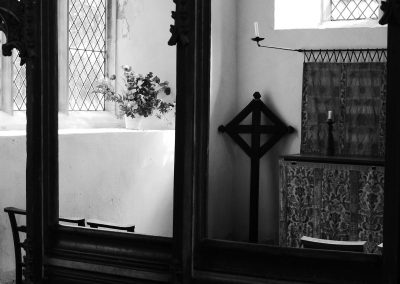 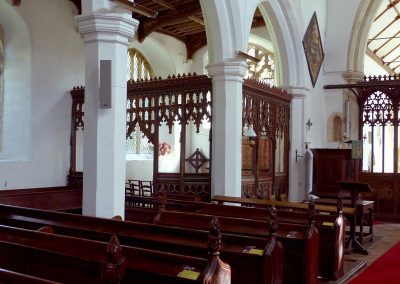 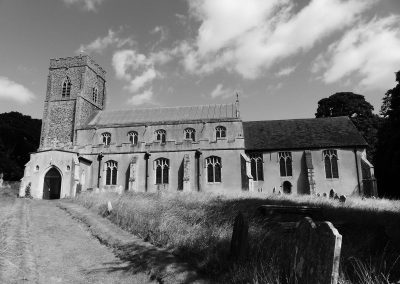 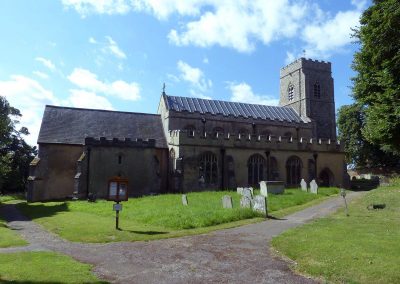 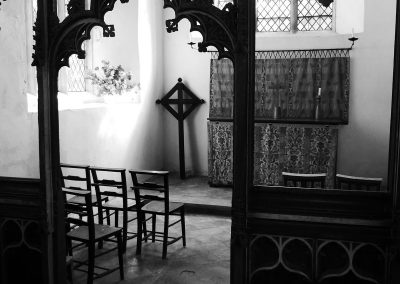