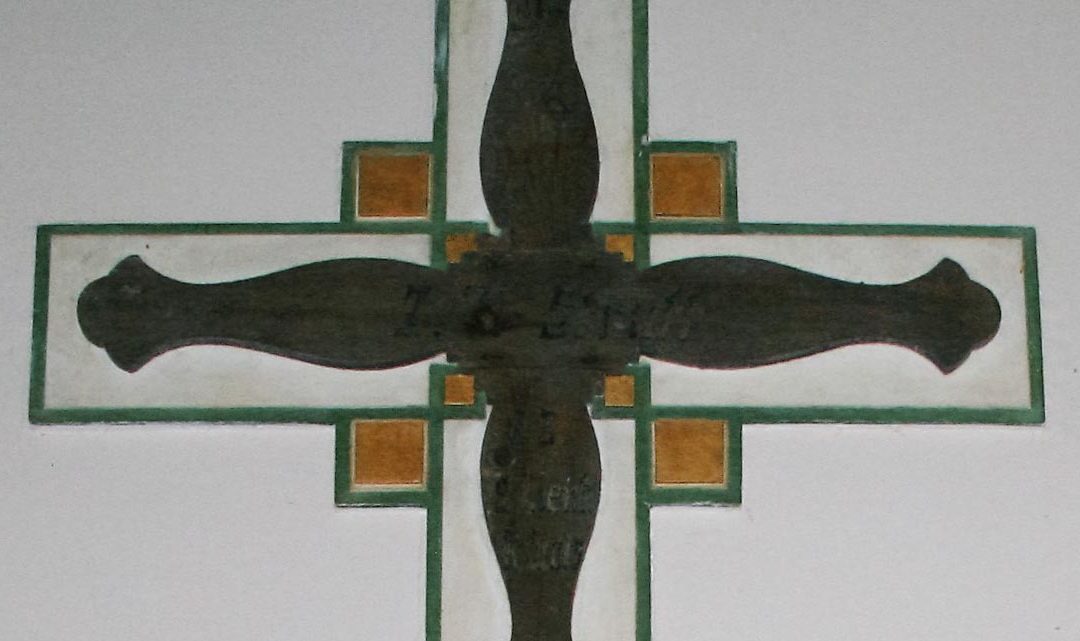 Hard to read due to fading – on cross beam

Other information
Mounting to wall: Attached to a wooden support which is in turn attached to the wall
Detailing:
Evidence of use in field (earth marking, cracking, staining, shrinkage): Some cracking
Surface insertion depth (into ground if apparent): -bottom covered by family Coat of Arms but nothing apparent
Finish (varnish, paint, oiled, unfinished etc): oiled
Condition (cracked, paint peeling, woodwork, damage etc): looks to be in good conditon

Other information, notes and observations:
Taken prisoner during attack at Bellewaerde Sept 1915 and DoW as POW Oct 1915. Cross placed by Germans. Former student at Winchester who had lived in Germany before the war:

Visitor book at the church has an entry from Strutt family of Devon commenting on a visit to their ancestral home – St Catherine’s Court – the church is part of the estate so some family links remain.

The church is part of St Catherine’s Court, which is private but the church may be visited by the public. Turn off A46 heading into Bath – 3-4 miles of single track road before you reach the church.

Biographical information:
He enlisted in the Wiltshire Regiment and early in 1915 then obtained a commission in the 2nd Battalion, Royal Scots. He was wounded and taken prisoner on 25th September 1915 during the attack on Bellewaarde, near Hooge in the Ypres sector – an action designed to distract the enemy from the intended breakthrough at Loos. It resulted in heavy British losses. Strutt was in No Man’s Land and was hit by a shell. He was picked up by the Germans but died on 18th October in a German hospital at Wervicq. – Information summarised from Winchester College Website

He had married Vera Gordon, daughter of Lieutenant A Gordon, RASC.

Survey and Photographs courtesy of James McArthur
Date of survey: 24/8/16 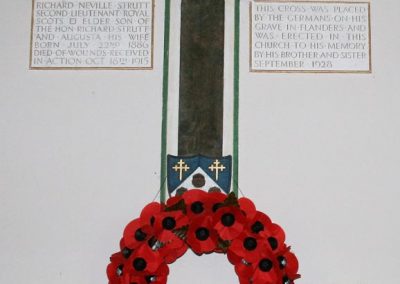 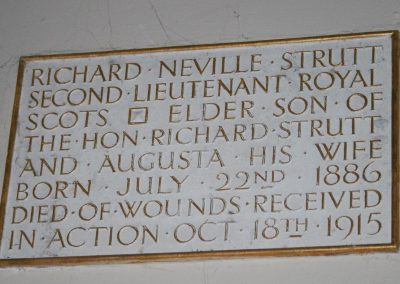 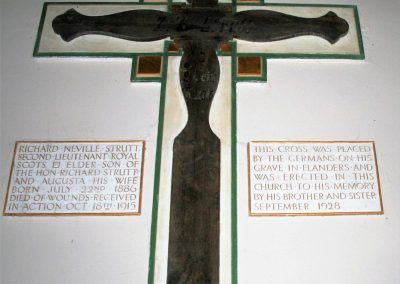 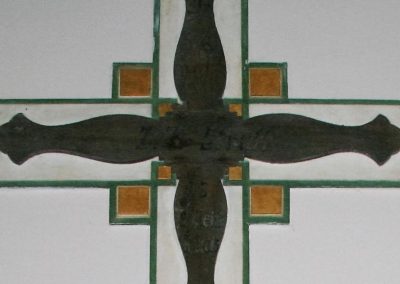