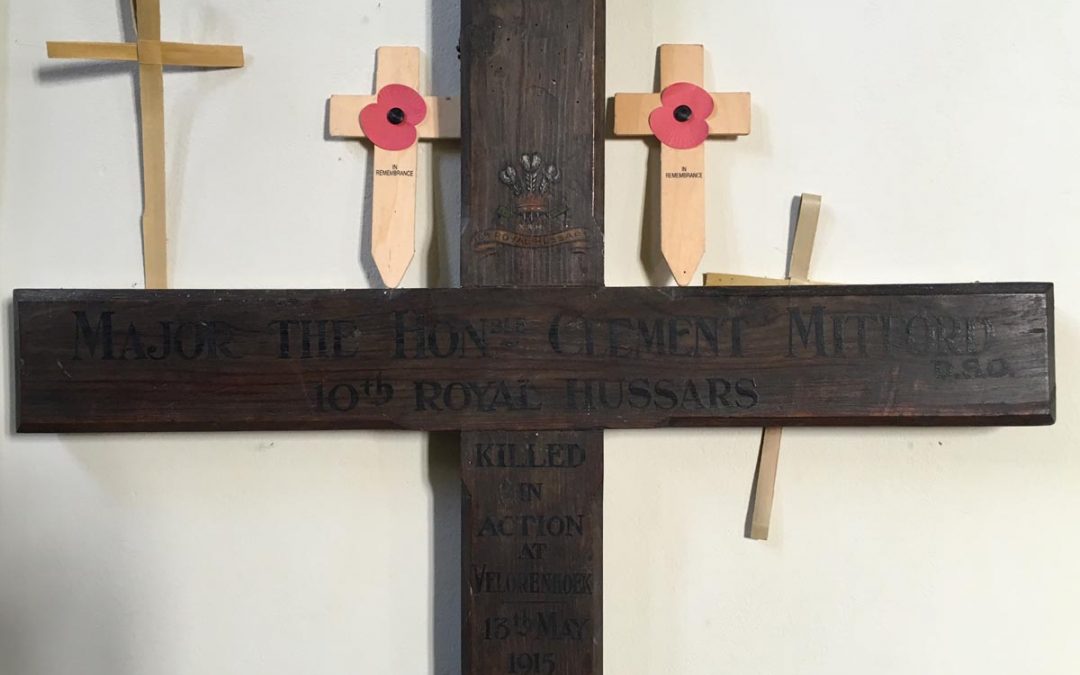 GRU tag at top of shaft.

Just below the cross beam, on the shaft, the following is painted in black:

KILLED
IN
ACTION
AT
VELORENHOEK
13TH MAY 1915

At the bottom of the shaft is a brass plaque which states:

This cross was brought from the military cemetery at Vlamertinghe, Flanders where he lies.

Other information:
Mounting to wall: Hook in middle of back of cross
Detailing: Bevelled edges, crest of 10th Royal Hussars immediately above cross beam (GW)
Evidence of use in field: earth marking – slight, cracking – towards bottom possibly from a degree of shrinkage (GW)
Surface insertion: N/A
Finish: Stained wood, possibly varnished a while ago
Condition: Good. Slight evidence of historic woodworm (and some sap coming out of the original wood. GW)

Other information:
Above the cross on the wall is an engraved brass plaque stating the following:

UNDER GOD’S BLESSING
SACRED
TO
THE DEAR MEMORY OF
MAJOR THE HON:
CLEMENT B.O.FREEMAN MITFORD
D.S.O.
10TH ROYAL HUSSARS
WHO DIED GALLANTLY
IN FLANDERS
MAY 13 1915. AGED 38.

“He asked life of Thee, and Thou gavest him
a long life, even for ever and ever.”
PSALM XXI.4.

Brass plaque (75mm x 100mm) attached to the bottom of the shaft:
THIS CROSS WAS
BROUGHT FROM
THE MILITARY
CEMETERY,
VLAMERTINGHE,
FLANDERS,
WHERE HE LIES. GW) 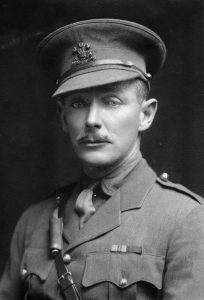 Clement Freeman-Mitford (DOB: 14 December 1876) was the eldest son of Algernon Bertram Freeman-Mitford, 1st Baron Redesdale.
He studied at Eton and served in the Second Boer War in South Africa (1899-1902).
In 1909 he married his cousin, Lady Helen Alice Wylington Ogilvy, with whom he had two daughters: Rosemary Ann Freeman-Mitford (b. 1911) and Clementina Mabel Kitty Freeman-Mitford (b. 1915).
The title of Lord Redesdale passed to Clement’s younger brother, David, upon the death of their father in 1916.
David (b. 1878) and his wife Sydney Bowles had one son and six daughters, who all used the surname Mitford rather than Freeman-Mitford; the girls were known collectively as the Mitford sisters. 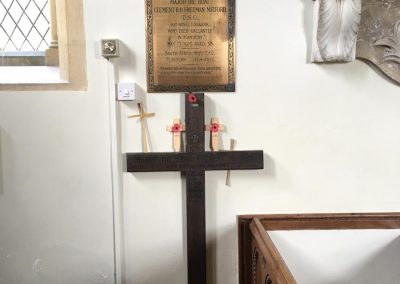 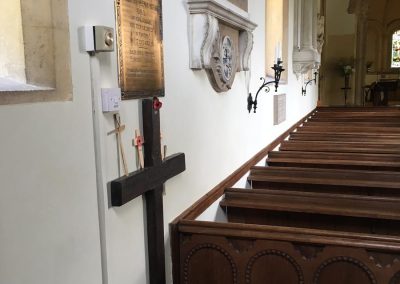 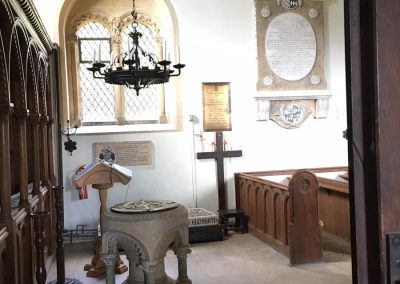 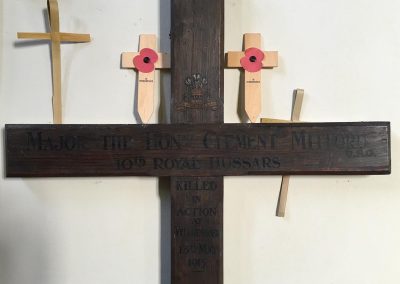 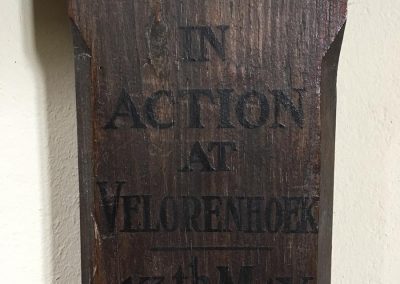 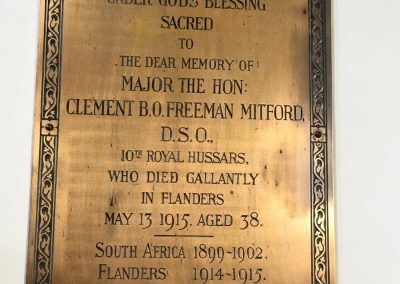 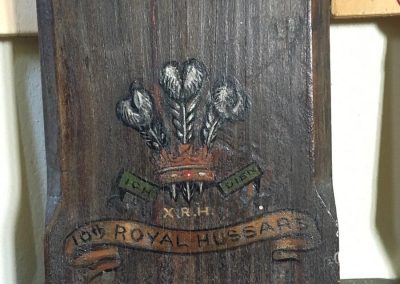 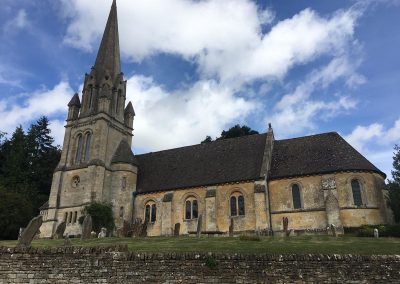 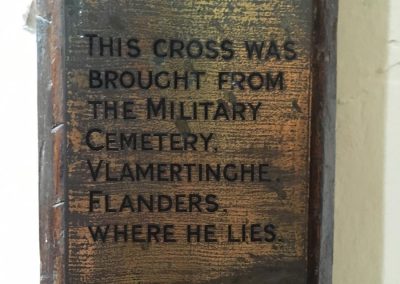 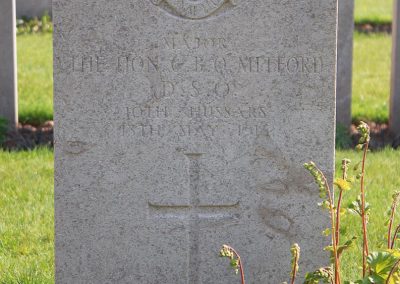 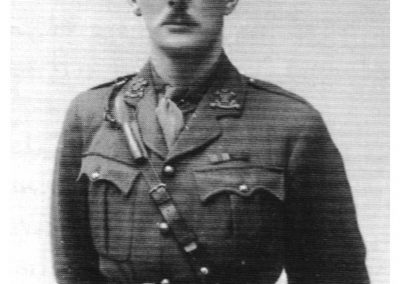