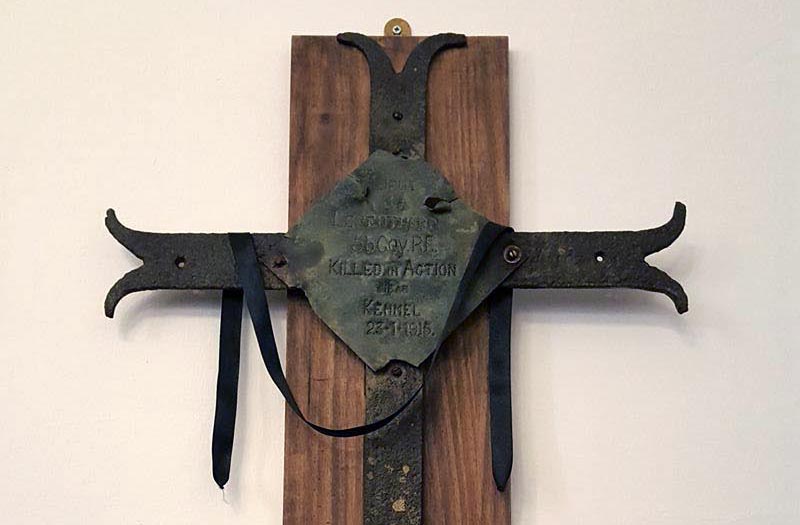 A curious cross. It appears to be constructed from door straps or something similar. A plate has been attached with lettering that appears to have been inscribed into it using a hole punch.

John Leventhorpe at the IWM

John Leventhorpe at the CWGC

He was originally buried at Beaver Farm Cemetery, but exhumed in December 1919 and reburied at Wytschaete (White Sheet) Military Cemetery as part of the burial concentration programme after the war.

“Called and chosen
and faithful” 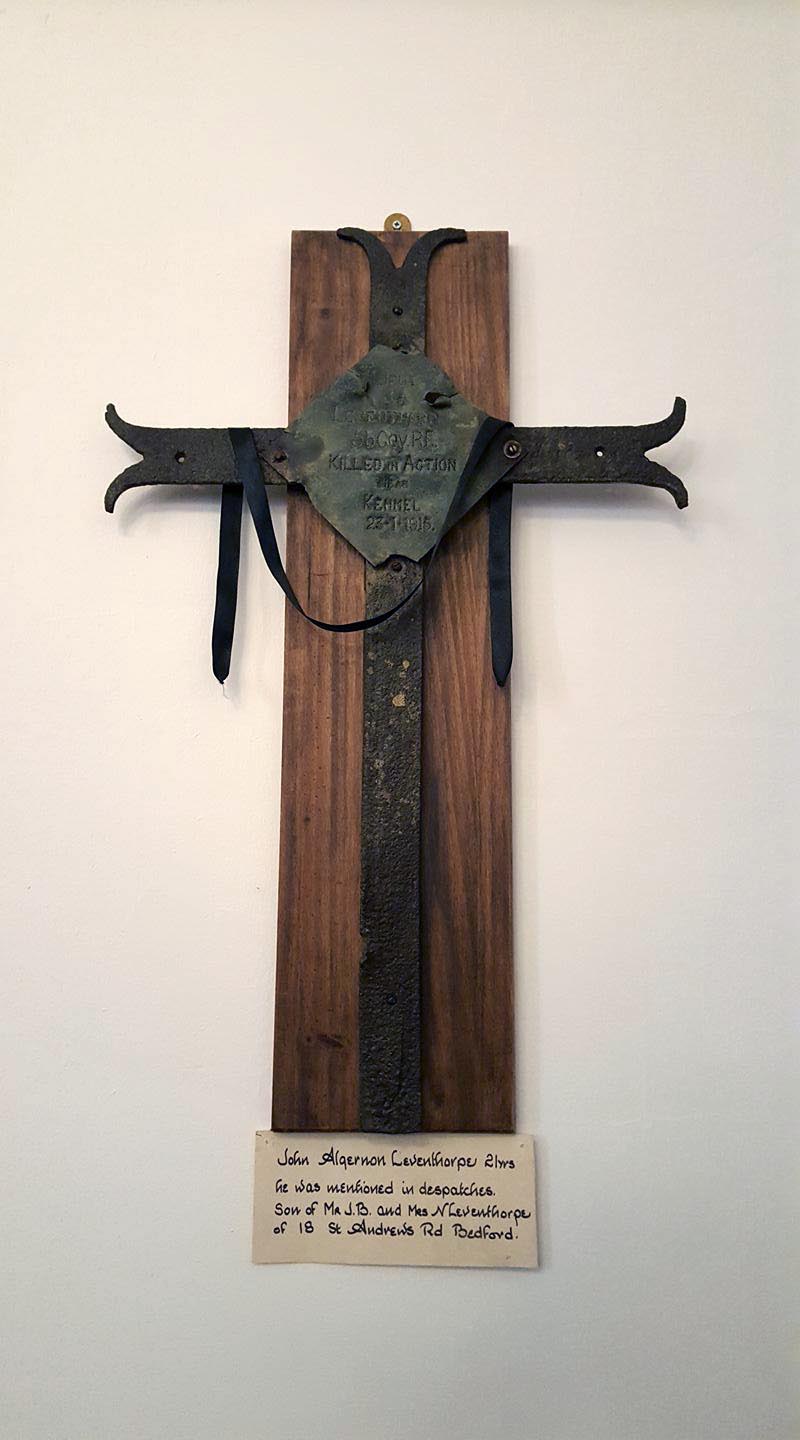