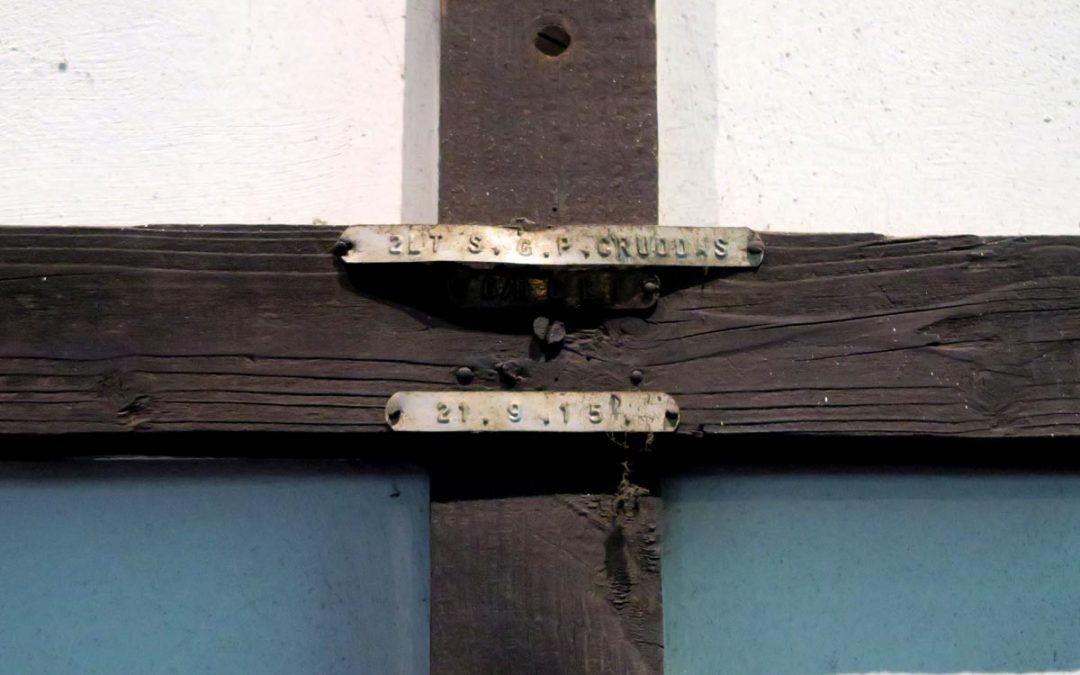 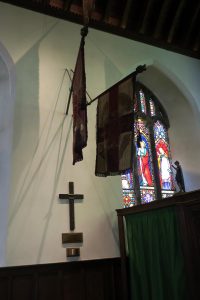 Other information
Mounting to wall: Screwed

Evidence of use in field (earth marking, cracking, staining, shrinkage): appears to have rooted and snapped off at ground level

George Peter Cruddas was born at Withiel Rectory on November 24th 1894 to Katherine and the Rev William Cruddas. He was a boarder at Exeter School at the time of the 1911 census and went on to Exeter College, Oxford. He was commissioned a Second Lieutenant in the 6th Battalion, Duke of Cornwall’s Light Infantry on 28th November 1914. He went to France on 16th August 1915 and was killed in action at Railway Wood just over a month later on 21st September, although the 6th DCLI war diary records his death on 20th September. He was not quite 21. According to de Ruvigny’s Roll of Honour published in 1916 he was buried in Ypres Prison Yard. He was later reburied in Ypres Reservoir North Cemetery.

His battlefield cross hangs on the wall of the magisterially gloomy and flag festooned St Maurice’s Chapel within St Petroc’s Church. 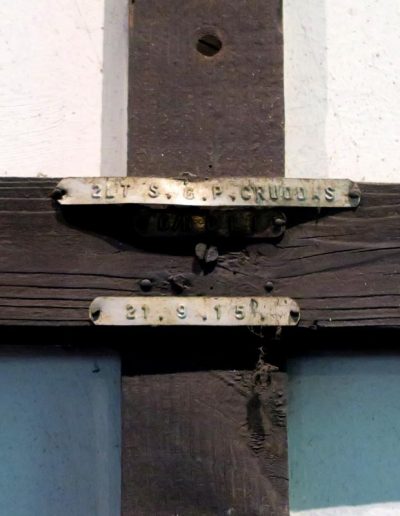 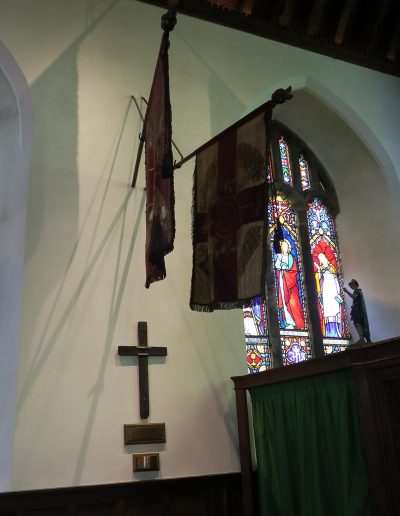 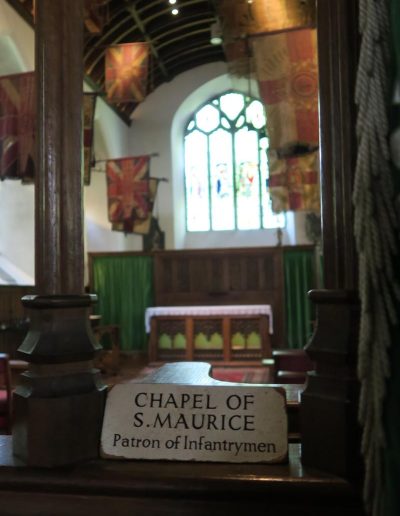 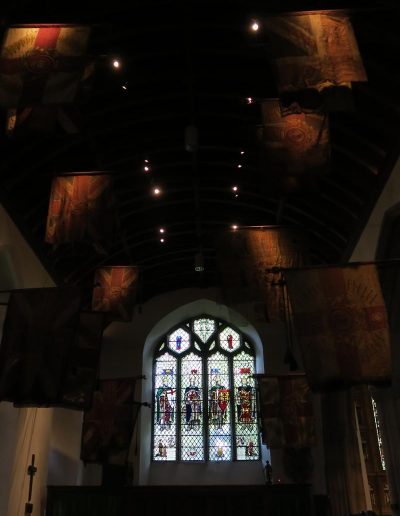 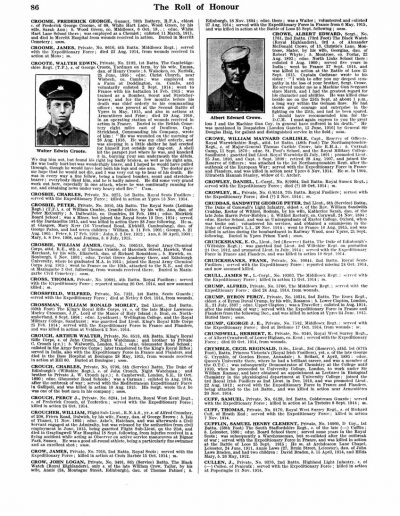 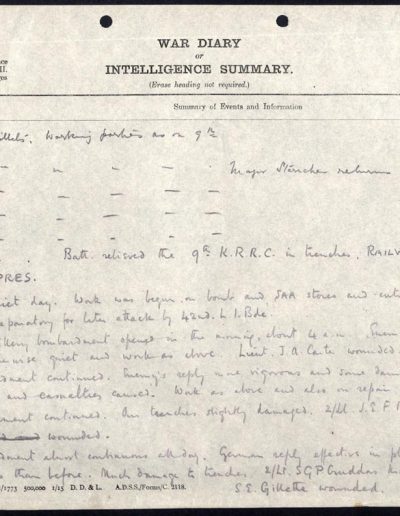