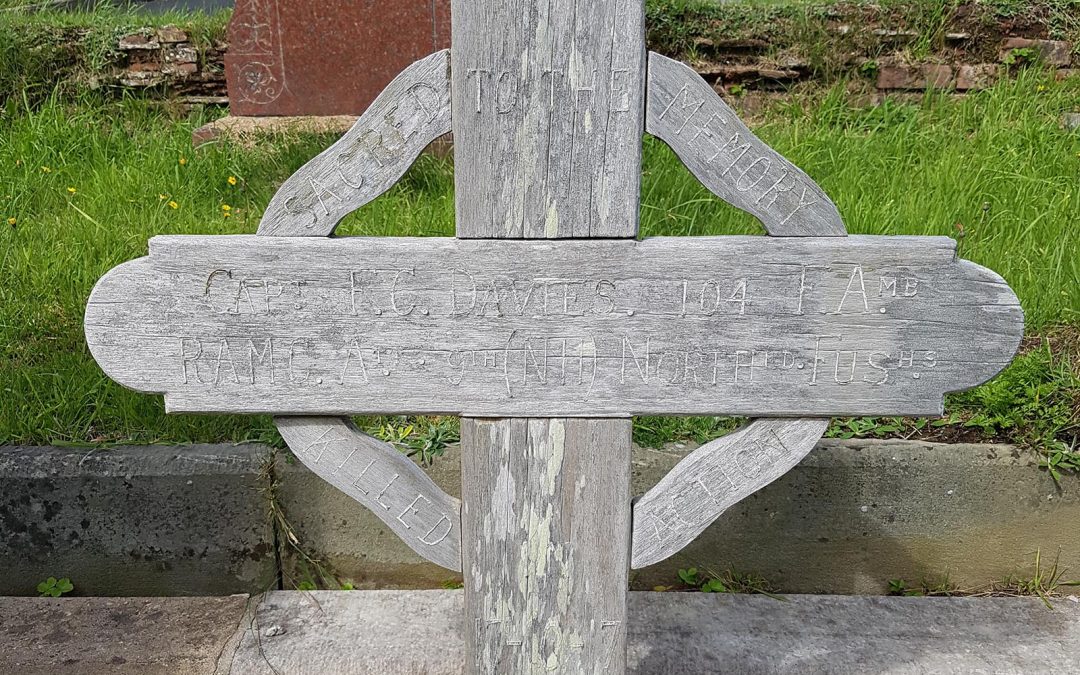 SACRED TO THE MEMORY OF 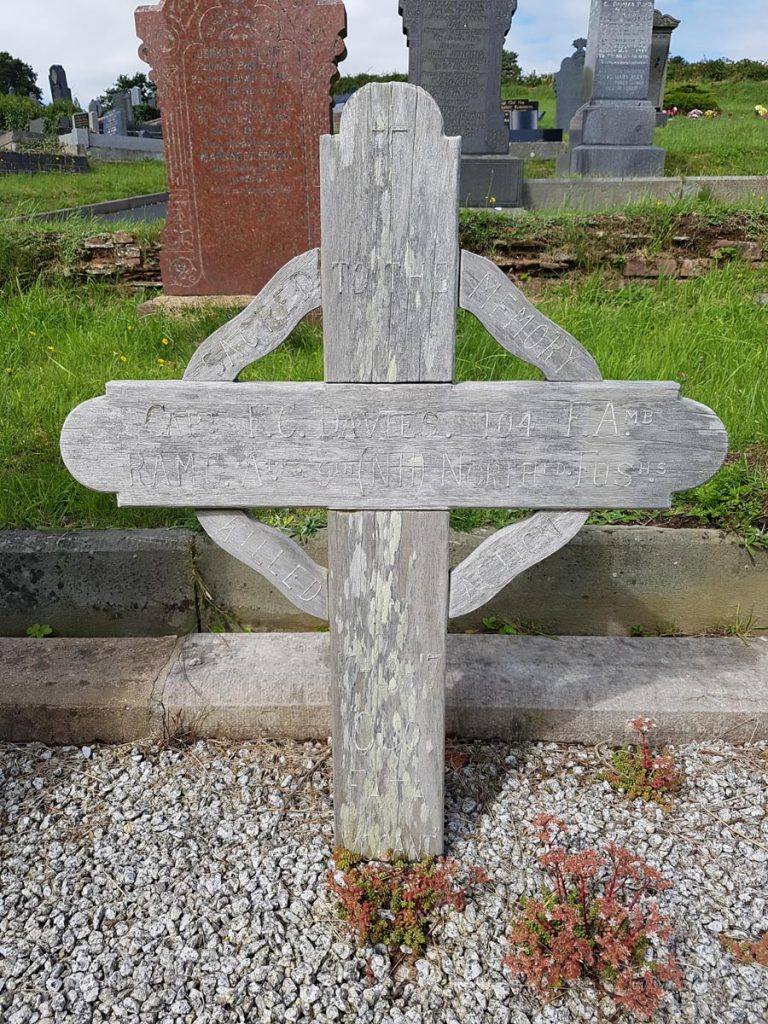 It was originally painted but is now very weather worn, as it has been fixed into the family plot by the shaft for many years. 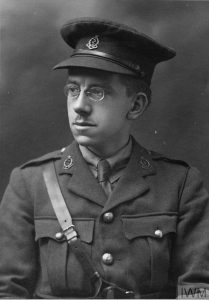 Captain Frederick Davies was born in London into a Welsh family, educated at St Paul’s School, Hammersmith and qualified as a Doctor from Cambridge as a specialist in Tuberculosis. He was a House Physician and House Surgeon at Charring Cross Hospital in London as well as holding other positions in Public Health.

He was amongst the first to contribute to the research into War Nephritis/Trench Fever at the front. Publishing in ‘The Lancet’ before he died.

Extracts taken and translated from an article in ‘Y Tyst’. A Welsh Language Newspaper of the day.

He was born on August the 9th 1884, educated at St. Paul’s School, Hammersmith and Downing College Cambridge and gained an  M.A, M.B, B.C, DPH(Cambridge), M.R.C.S(Engl), M.R.C.P(London). He was also studying towards his M.D. 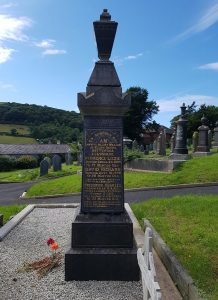 He made the most of every honour that Charring Cross Hospital could give him as a House Surgeon and House Physician for 1909/1910. He was the Medical Officer of Battersea Tuberculosis Dispensary in 1911/1912 and Medical Registrar for Charring Cross Hospital. He was the Tuberculosis Officer for the County of Cambridge, Medical Officer for the Insurance Committee for the County of Cambridge and was a specialist in Tuberculosis. He wrote a number of papers on medical matters, the most recent of which has just been published on ‘Trench Fever’’

to the Military Infirmary in Bethnal Green, London. He served in Rouen, before finally becoming attached to the Northumberland Fusiliers. He fell whilst tending to the wounded.’

He was a leader wherever he went, earned respect and was well thought of by all in all circles. He was looked upon as a brilliant Gentleman and Doctor by some of the foremost Physicians of the day.

It is certain that had he lived ten years longer then he would have been one of the predominant doctors in the world, specialising in Tuberculosis.’

“Not one sacrifice was too much for him I the name of his Country.”

His death is a heavy blow to the Army. There is a loss in the realm after his passing. There is an emptiness in his place in the Healthcare of the state, where he will be much missed. It is his parents,  brothers and sisters that feel the intense bereavement for such a kind, simple and true son and brother. His character was untarnished.

It is thought that he had a foresight to his fate. He said to his sister in Pen-y-gain Cemetery whilst looking at the gravestone of his sister and brothers

“It is not under this stone that I shall be buried”

He put his things ready before leaving for the lines to send home, should something happen to him.

It will be a comfort for his parents to know that he fell in a righteous War, a battle of freedom, morality, against tyranny and feudalism.

There is a multitude of members of the Welsh Churches of London lying with him in the soil of France. 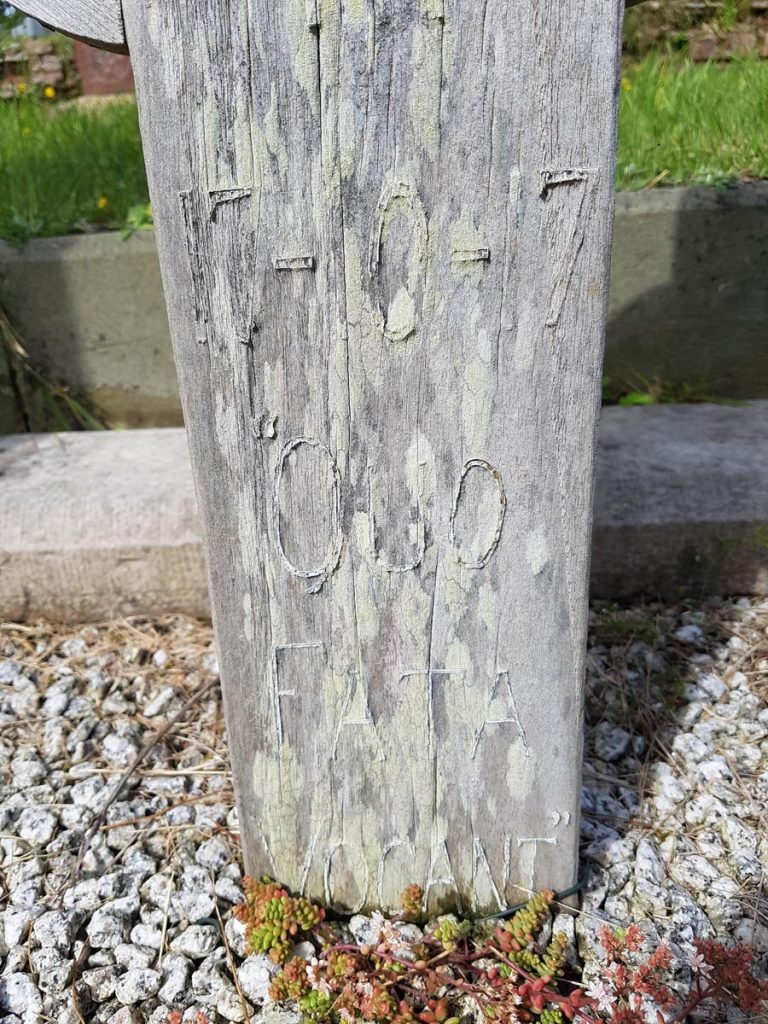