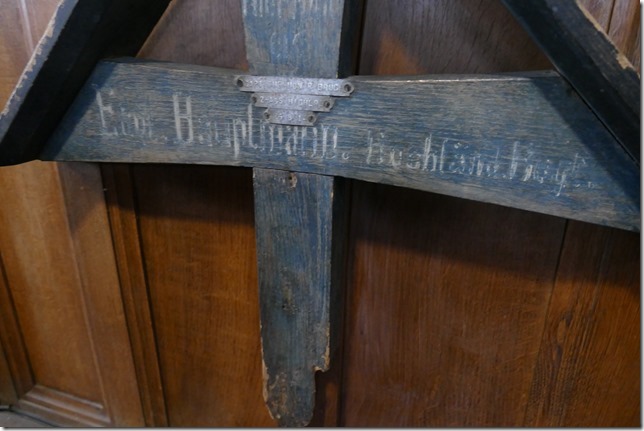 Other information
Mounting to wall: This is the upper remains of a cross.  It has been fixed to a wooden stand and is positioned against the wall.

Detailing:  The cross has a canopy over the top and the upper part of the shaft and the cross beam arms are flared.

Condition (cracked, paint peeling, woodwork, damage etc):   In general the part of the cross that remains is in good condition.  The lower part of the shaft is missing.  It looks to be broken rather that rotted.

The German inscription seems to translate as

(Note Highland translates as Hochland in the references I have consulted.  Possibly ‘Hushland’ might be a local variation, a misspelling or my misinterpretation)

A beautiful church that is celebrating its 200th anniversary in 2017.

Captain the Honorable Robert Bruce (Master of Burleigh) was killed at Le Cateau on 26 August 1914 aged 33.  Initially he was listed as missing in action.  It appears he was killed behind German lines during the retreat from Mons. He was the son of Sir Alexander Hugh Bruce, the 6th Lord Balfour. He fought in the South African War where he won two medals with five clasps.  He also fought in the Sudan Campaign in 1912 again winning a medal and a clasp.

“Private Reid, of the Argyll & Sutherland Highlanders, invalided home spoke as follows of the gallantry of the Hon. R. Bruce, Master of Burleigh, at the retreat from Mons-

“He was too brave, if anything. He simply wanted to be at ’em, and at them he went. I don’t know where his sword was but he hadn’t it when i saw him. But he had a rifle with fixed bayonet just like the rest of us. I saw him being wounded, but he fought on gamely till he and his party of brave fellows were cut off and surrounded.”

The Bond of Sacrifice Vol 1 states that a report from the front mentioned him as follows “There the same spirit of brotherly helpfulness that had always marked our friend once more manifested itself.  He would not be content with supervision: he would share the labours of the lads he commanded: and so doing, with rifle and bayonet in hand, leading on his men against overwhelming odds, Robert Bruce met a hero’s fate.”

“The Master of Burleigh

His Consideration for his Men

An interesting story has reached Stirling regarding Captain Bruce (the Master of Burleigh), of the Argyll & Sutherland Highlanders, who is believed to be a prisoner in Germany.  In the early stages of the war the captain’s company halted one day to dispose of a somewhat scanty midday meal.  the portion served to Lord Balfour’s heir showed no diminution, however, and the gallant officer  quickly noted the contrast between the contents of his mess-tin and those of the privates.  Summoning one of the latter, Captain Bruce compared the two allowances, and straightway ordered the soldier to go to the company’s cook and inform him that he (the captain) was to receive the same portion as that provided for the men.  this may be considered a trivial incident, but is undoubtedly the sort of thing that endears the British officer to the “Tommies”who fight under him.  Captain Bruce was a great favourite with his men.”

“A graphic account of the Battle of Mons and the fighting that took place in the vicinity was furnished by a young Perth soldier attached to D Company of the Argyll & Sutherland Highlanders.

…Just in the thick of the fight, when the Germans were pouring into us and our officers and men were falling rapidly, Captain Bruce, son of Lord Balfour of Burleigh, snatched up a dead man’s rifle, and rushed to the firing line.  I believe he is a prisoner of war.  How it cheered the men to see this gallant officer join them in the fight.”

He is buried in Plot III Row C Grave 2 of Le Cateau Military Cemetery.  His headstone erroneously gives his age as 34. 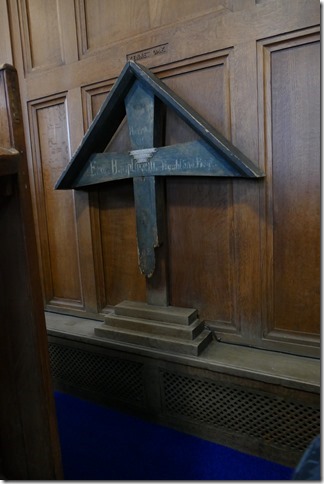 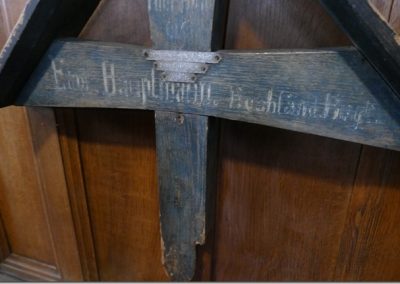 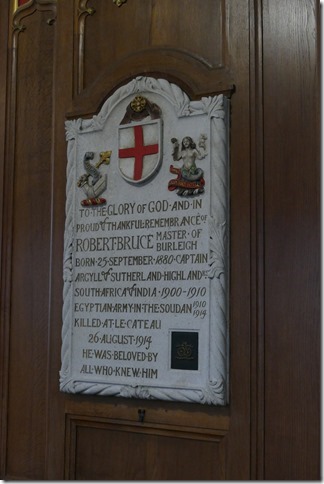 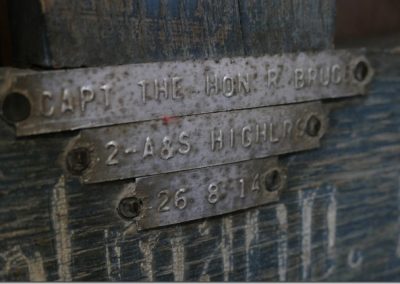 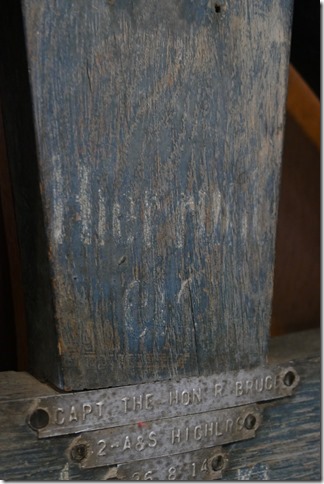 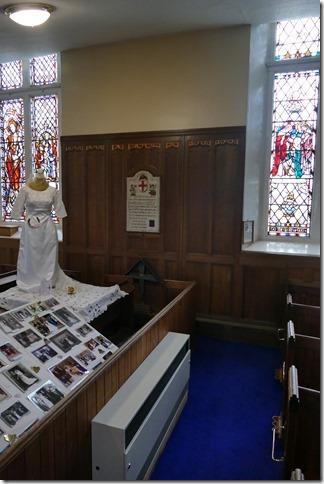 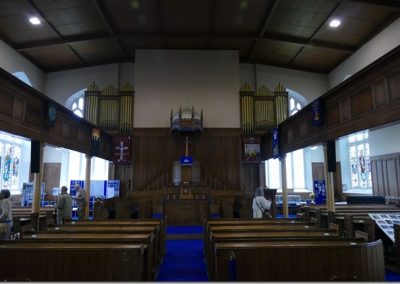 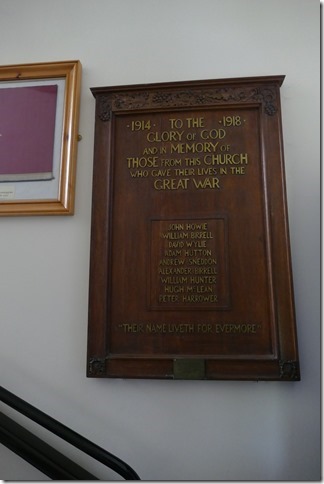 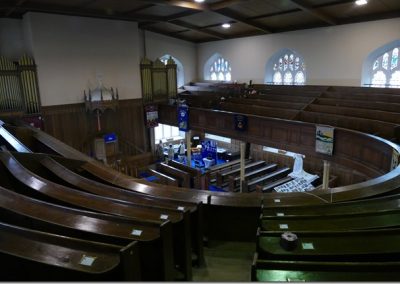 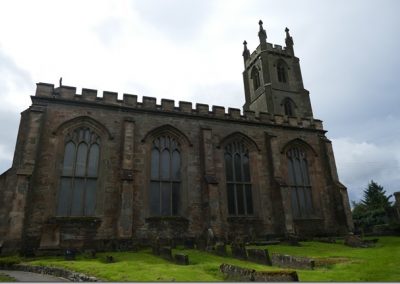 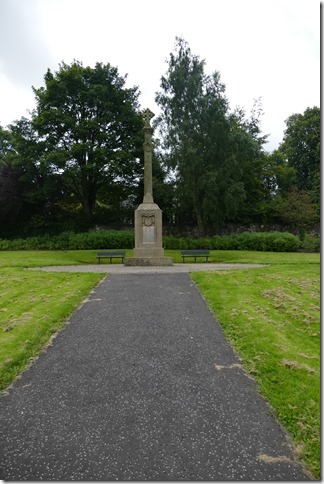 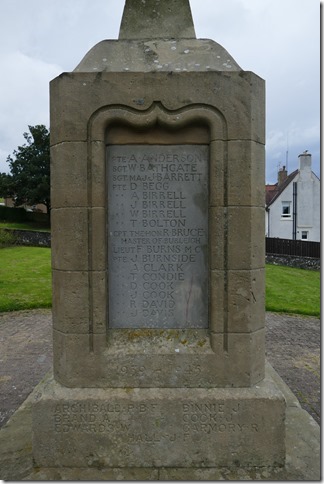 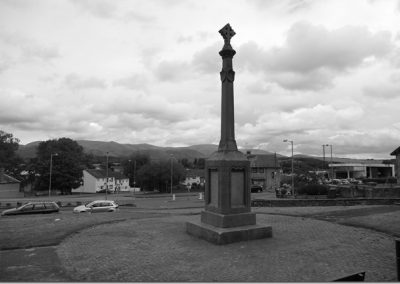