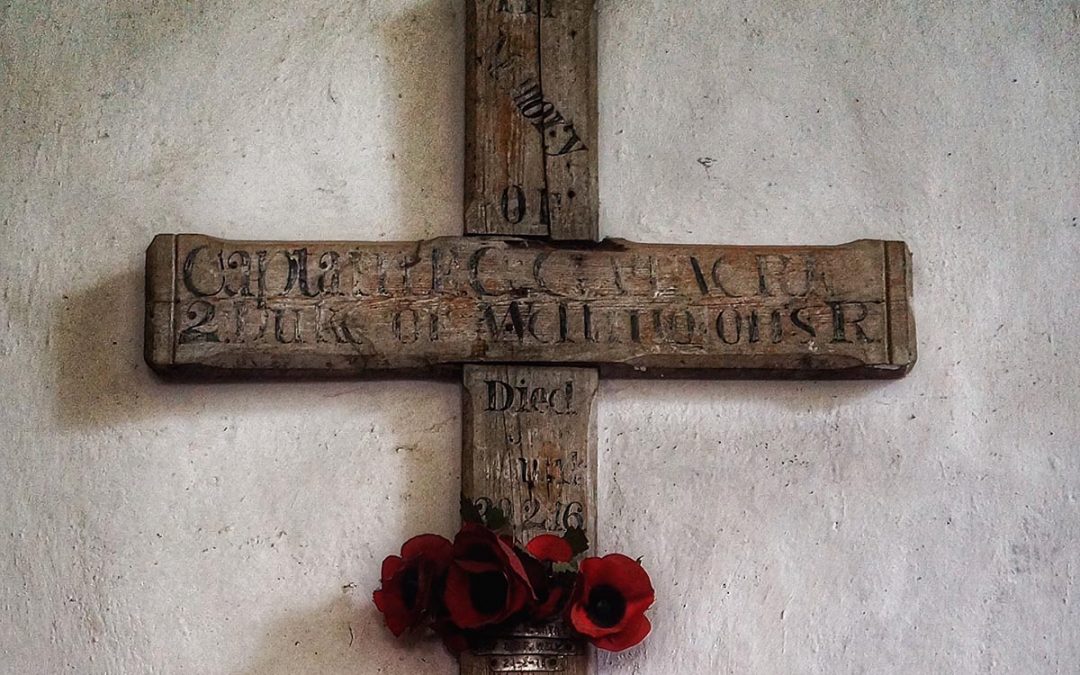 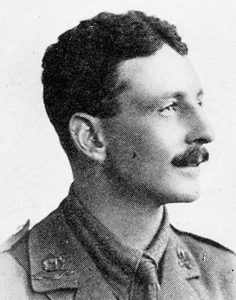 Details on cross:
Simple cross with the words (some quite faded):

Other information
Mounting to wall: top half fixed to the wall but difficult to see how. Appears to be nailed.
Detailing: see wording above. Simple cross. Edges are chamfered all round except for cross beam ends and top of shaft. Groove down the end of each cross beam.
Evidence of use in field: bottom of shaft appears discoloured/soiled suggesting use. Point at the bottom of the shaft is broken off (or was crudely made) and some damage to the top of the shaft both suggest use.
Surface insertion depth stained area approx 230mm plus the missing point
Finish unfinished wood, weathered appearance. Wording is black paint, by hand and fading
Condition faded wording, wood has some cracks and weathering but generally appears solid
Other information, notes and observations:
Church is open daily during daylight hours. As well as the cross and memorial referred to, the church also has a commemorative porch, listing the names of all local men who served.

Gatacre Hall was a local residence with large estate. Although I believe the hall is derelict the estate still exists. The Gatacre family were quite prominent locally. Several tombs and commemorations to earlier family members are also in the church.
Edward also appears on the war memorial inside the church (see photo). The other Gatacre named is, I believe, a cousin of Edward (son of Major-General Sir William Forbes Gatacre, a senior army officer who fought in the Boer War and in India).

Additional information on Edward Gatacre taken from the website Bridgnorth War Memorial:
Edward George Gatacre was born at Barnstaple, Devon, on 30th April, 1884. He was the son of Edward Lloyd Gatacre and his wife, Helen Brown née Berwick. The family lived at Gatacre Hall, Claverley nr. Bridgnorth.
Edward was educated at Cheltenham College. In 1905 he joined the army as a 2nd Lieutenant in the 3rd Battalion King’s Shropshire Light Infantry. By 1911 he was in India with the Duke of Wellington’s (West Riding Regiment). According to a biographical note in the Commonwealth War Graves Commission records he was One of the Guard of Honour at Delhi Durbar, 1911, Captain of the Regimental Rugby Football team, Winners of the Calcutta Cup, 1907-10. Edward married Ivy Mary Vereker on 12th October, 1915. During the war she served with the Anglo-Belge and with No. 47 General Hospital, France. Edward went to France with his regiment on 29th October, 1915. He was wounded on the Somme on 19th February, 1916, while the West Riding Regiment was in trenches south-east of Hebuterne. He died the following day. He is buried in Louvencourt Military Cemetery. Captain E G Gatacre, 2nd Battalion Duke of Wellington’s (West Riding Regiment), was awarded the Victory and British Medals and the 1915 Star. 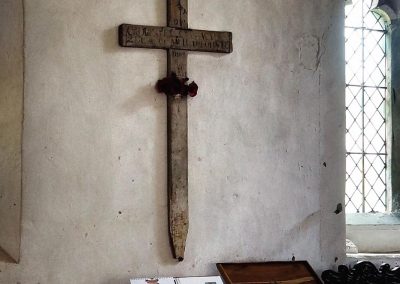 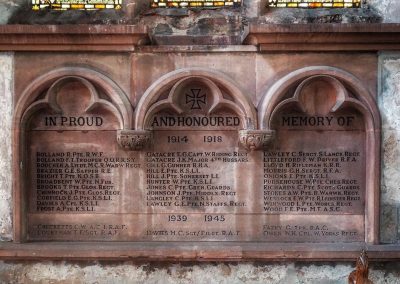 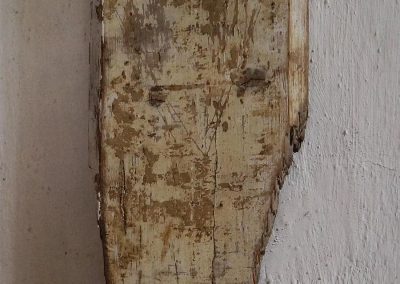 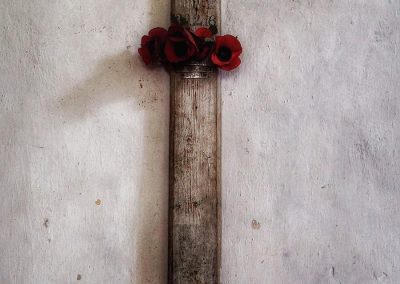