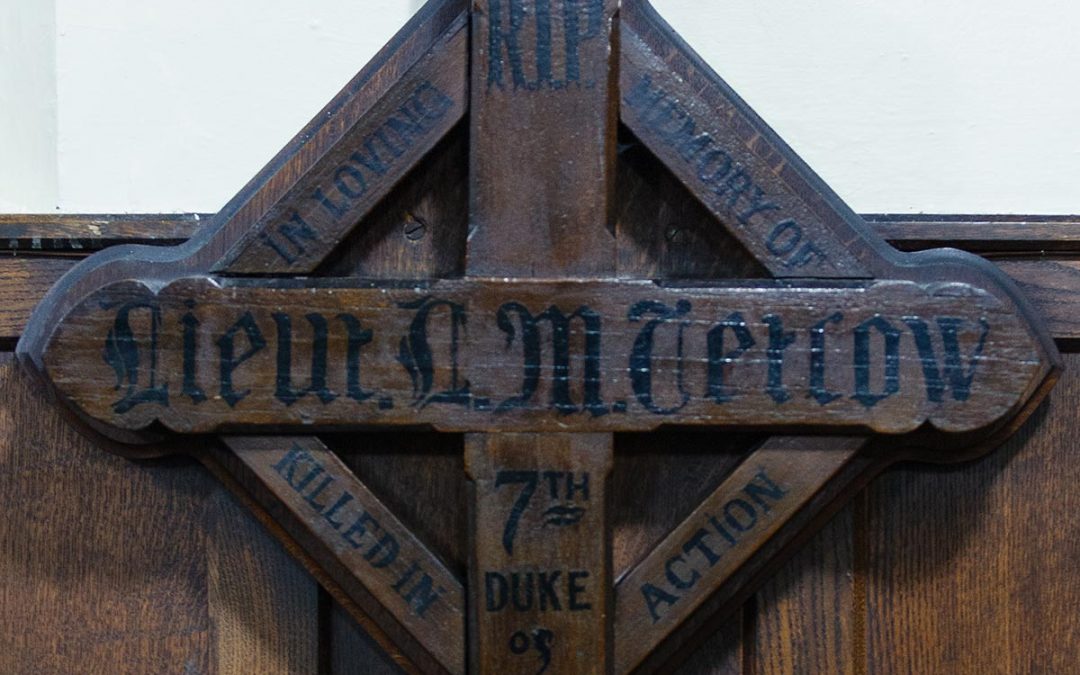 Cross dimensions
Shaft Height: 29 inches
Beam width: 23 inches
Width of wood: 3½ inches
Thickness: 3½ inches
Surface insertion depth: Not apparent – it appears that at some stage the lower portion of the cross that was inserted into the ground has been removed, as the cross is not very tall.

Mounting to wall: The cross is backed by a wooden mount, a slightly larger outline of the cross itself. The mount is screwed to the wall. It is not clear how the cross is secured to the mount – it is assumed to be screwed to it from the rear.

Detailing: Simple finial style detailing on the ends of the shaft and beam. 45 degree bevels to Shaft and Beam.

Evidence of use in field: None – it appears that at some stage the lower portion of the cross that was inserted into the ground has been removed, as the cross is not very tall.

Finish: Unpainted, however evidence of coats of clear varnish.

Condition: Good – it appears that the cross has been well cared inside the church, perhaps with regular varnishing.

Other information:
The church is open to the public on the third Wednesday and Saturday each month – I did check with the church warden before visiting that it was open.
The cross is located to the right of the entrance door, adjacent to the Tetlow window, mounted on the wall. After the First World War each window in the church was replaced to commemorate casualties from the conflict – seven families paid for a stained glass window to remember their loved ones that did not return.

The church’s porch was built as a tribute to the Whitechapel Roll of Honour, whose names are carved on a stone memorial to the right of the doorway, including the vicar and two church wardens.

Information about Lieutenant Luke Mallinson Tetlow, who is named grave marker displayed in the church:

Lt Tetlow, known as Mallinson, joined the Territorials in Huddersfield in April 1914, serving as a Lieutenant in the 1st/7th West Riding Regiment. When war was declared Mallinson was the second officer in the battalion to volunteer for service overseas. The battalion arrived in France in April 1915 and were in the line in the Fleurbaix area of northern France. He had only been in France for six weeks when he was killed. Mallinson was in the trenches letting off flares in the direction of the German lines when he was shot in the head and killed instantly. He was buried in a grave just behind the firing line, following a service in the nearby orchard. The men who served under him made a wreath from lilac blossom plucked from a nearby bush.

Mallinson is buried in Rue-David Military Cemetery, Fleurbaix, in the Pays de Calais, France. The grave reference is 1.A.20 – the gravestone dates his death as 30th May 1915, a day later than the grave marker. 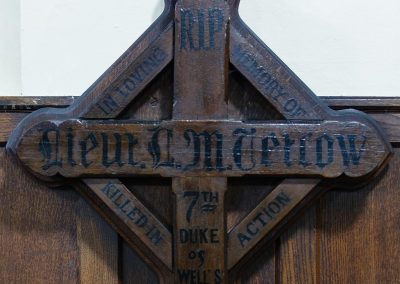 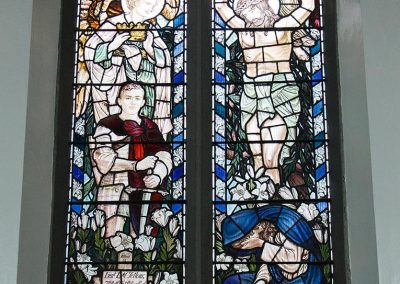 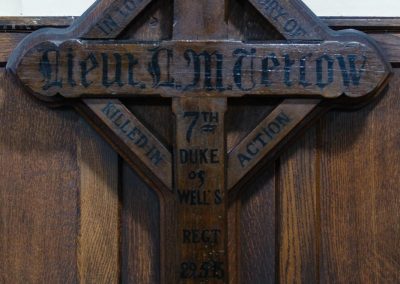 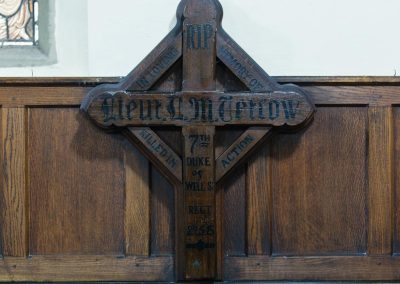