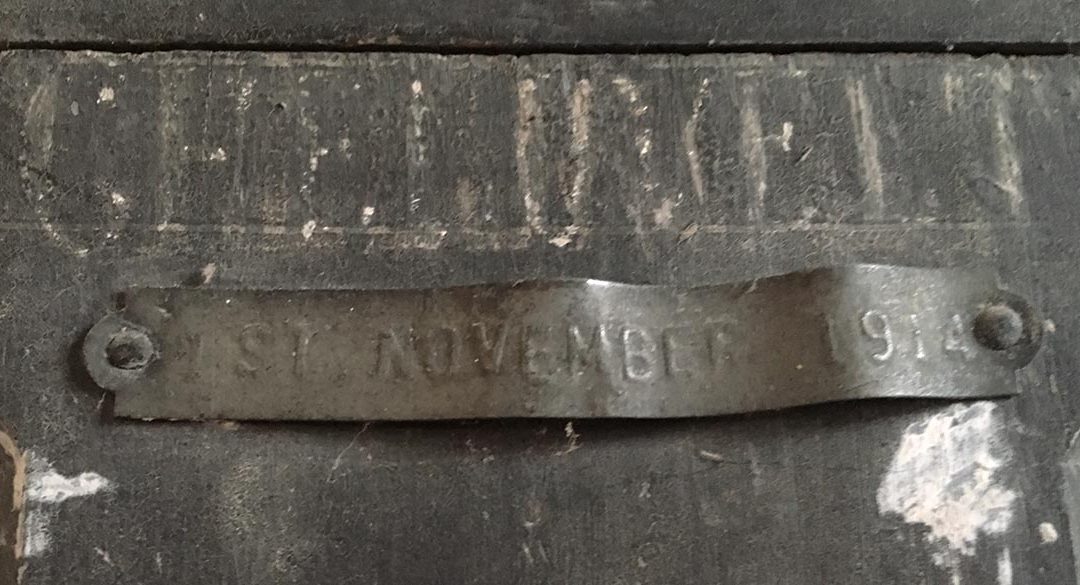 Coleshill is a small village sat on the Oxfordshire/Wiltshire border, owned by the National Trust. For over 500 years, it was owned by one family, the Pleydell family.

Other information:
Mounting to wall: by 2 x screws into wall
Detailing: edges are bevelled
Evidence of use in field: Yes. GRU tags are very weather worn, and bottom of shaft is damaged, possibly by insect predation whilst in the ground?
There is also a hole in the middle of the shaft which could possibly be a bullet hole, although this is no more than a suggestion.
There is a ‘stop block’ across the bottom of the shaft, presumably to stop the cross sinking too deep into the ground, or simply to act as a marker to know when to stop as the cross was being hammered into the ground. The stop is 330mm from the point of the shaft.
Surface insertion depth into ground: 210mm.
Finish: black paint, over which grey painted lettering has been added. The cross was painted black after it had been removed from the ground/battlefield.
Condition: Poor. The lettering is very faint and difficult to read. The cross has suffered from woodworm, and is very dry and flaky (rotten?) – some wood has crumbled away at side of shaft towards the bottom. The cross is also splashed with magnolia paint in places, from where the church wall has been repainted.

Notes and observations
The cross can be found affixed to the inside wall of this 12th century church, to your right as you enter the church. It is inside the Chapel of the Salutation, you will need to open the small door which was unlocked. It is approximately 4 feet off the ground, I had to stand on one of the pews to measure it.

Lt Jacob Pleydell-Bouverie came from landed gentry, who had lived in Coleshill since 1666. 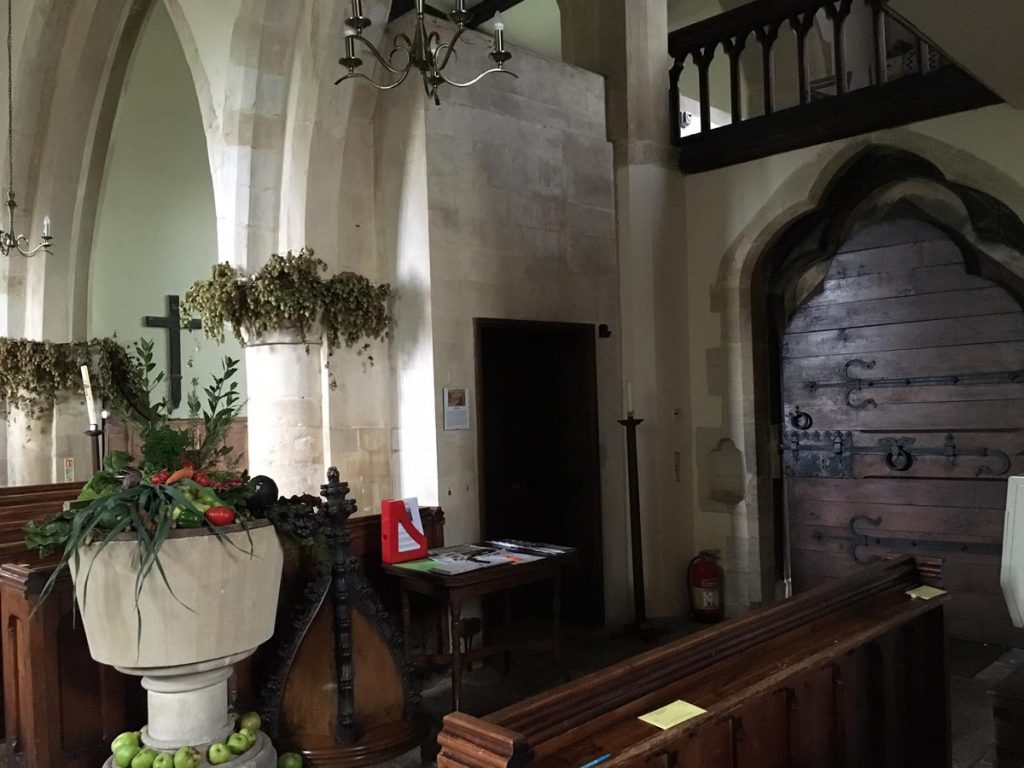 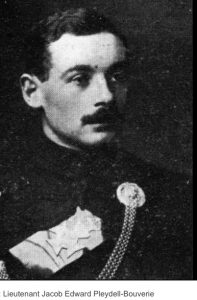 Biographical and historical information
Lt Pleydell-Bouverie of the 2nd Battalion King’s Royal Rifle Corps, who died in hospital on 1st November 1914 was the only son of the late Hon. Duncombe Pleydell-Bouverie, second son of the fourth Earl of Radnor, and his wife, Marie Eleanor Pleydell-Bouverie, of Coleshill House, Highworth, Berkshire, daughter of Sir Edward Hulse, 5th Baronet.
He was born on 12 July 1887 and educated at Eton and the RMC Sandhurst from which he was gazetted to the King’s Royal Rifle Corps in February 1908, being posted to the 4th Battalion. In 1909 he went to India with his Bn, and having been promoted Lieutenant in January 1911, soon after returned to England and was stationed at the Rifle Depot, Winchester until the war broke out.

Lt Pleydell-Bouverie, who was a member of the Bath Club, was a keen cricketer and played frequently for the Green Jackets and Free Foresters.

At the end of August 1914, he left Sheerness with a draft, and joined the 2nd Battalion of his regiment on 20th September, taking command of the 13th and 14th platoons. He was mortally wounded at Ghelevekt on 31 October during the German attack on Yores, and died early next morning in No.13 Stationary Hospital at Boulogne.

He is buried in Boulogne Eastern Cemetery.

Lt Pleydell-Bouverie is also commemorated on the village war memorial opposite the church.

Coleshill played a key role in plans against German invasion in WW2. The village of Coleshill was used as a base to train Auxiliers to undertake guerrilla warfare in the event of an invasion. The National Trust maintain a replica bunker built to original specifications.

Coleshill House burned down in 1952. 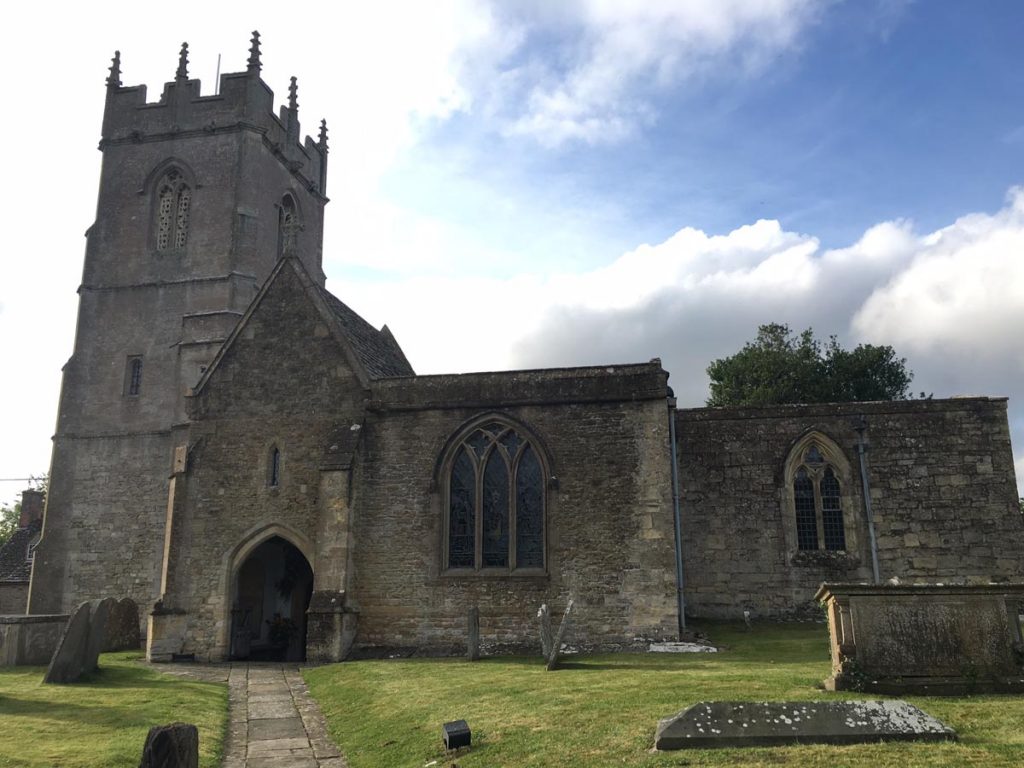 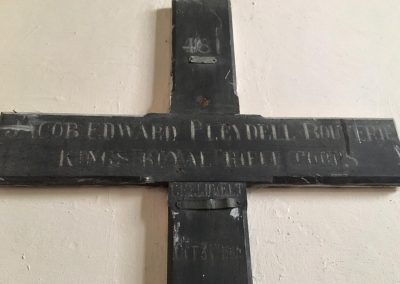 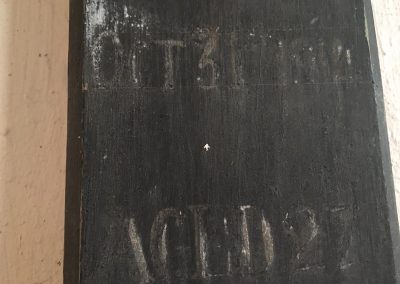 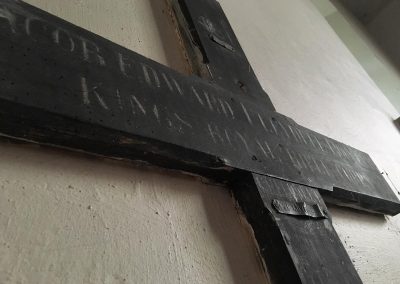 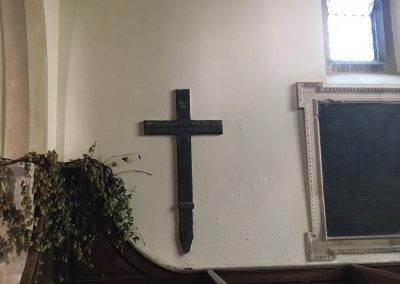 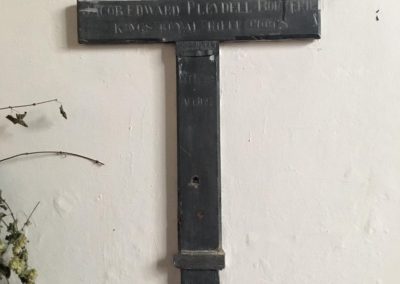 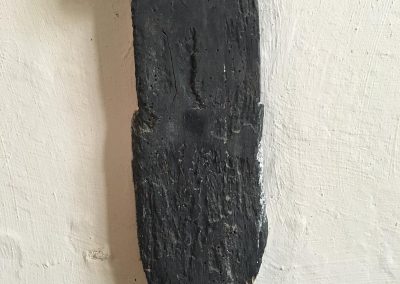 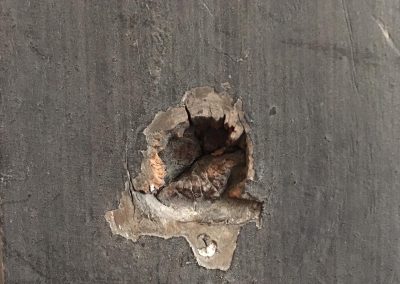 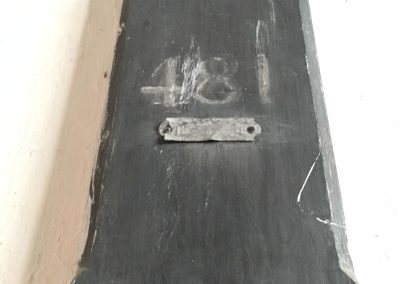 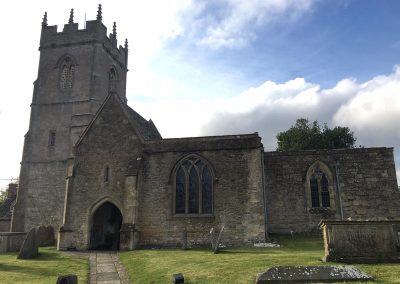 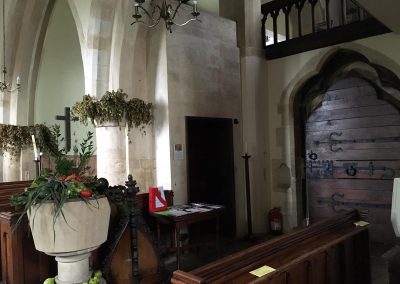 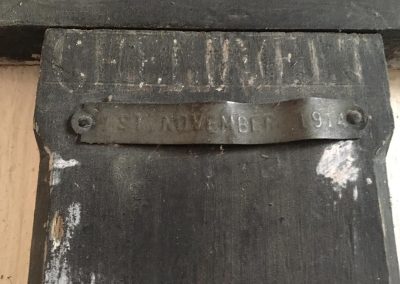 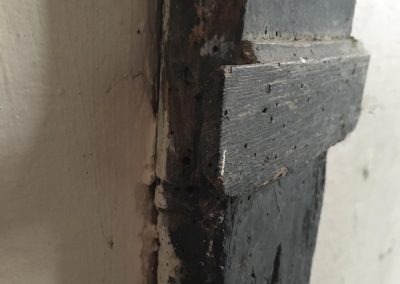 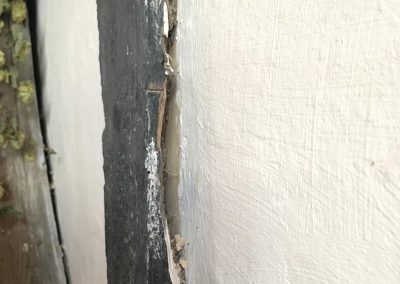 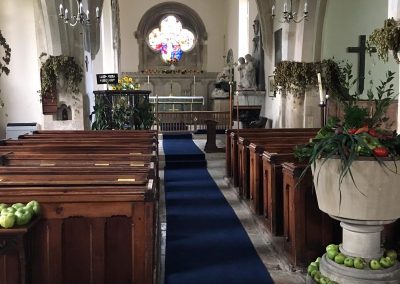 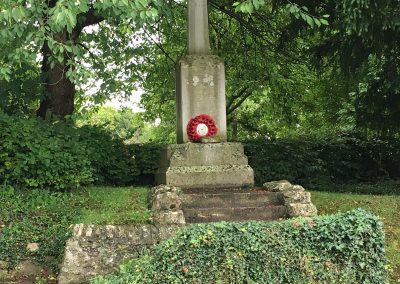 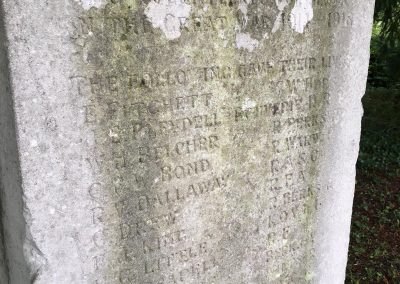 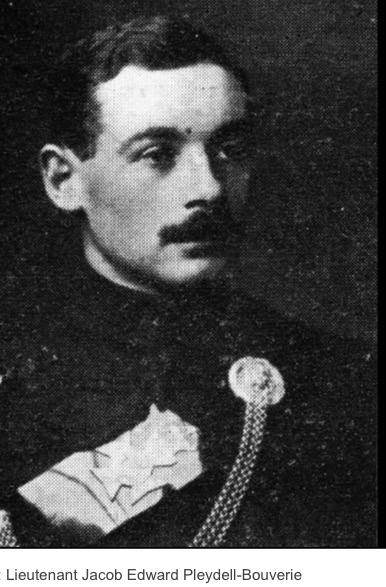 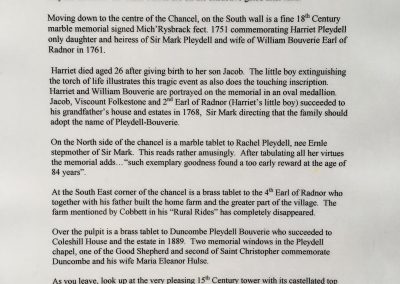 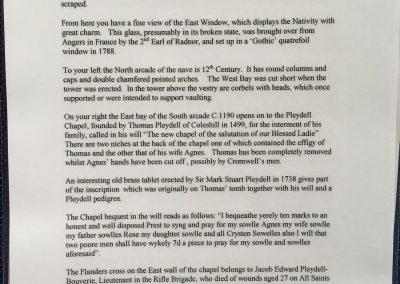