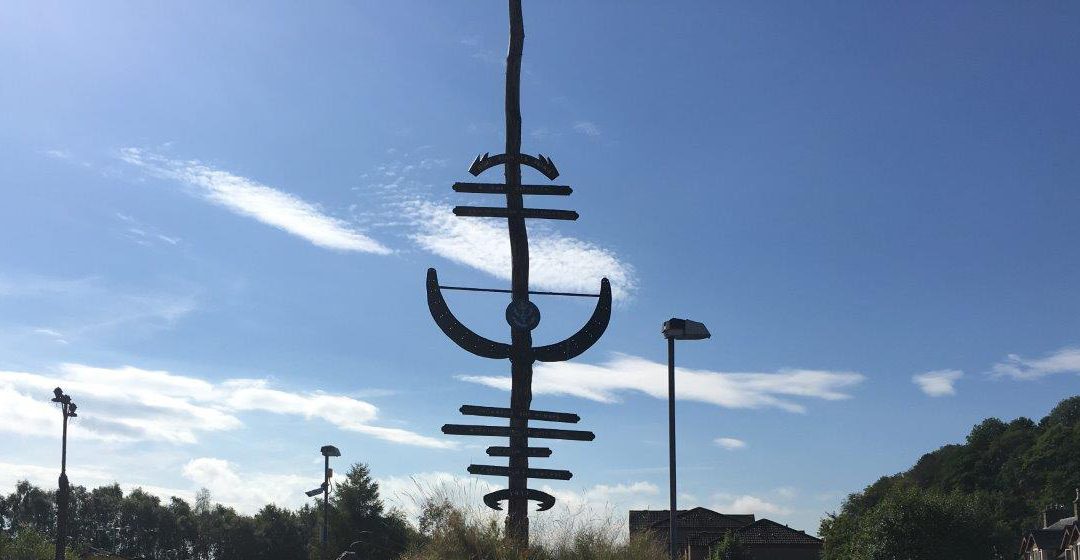 Other information
Mounting to wall: The cross is mounted on a granite cairn
Detailing:
Evidence of use in field: None (restored)
Surface insertion depth (if apparent):
Finish: Unpainted, but believed to have been treated.
Condition: The cross looks good, given the recent restoration that would be expected, though it is a faithful copy of the original.

Other information, notes and observations:
The cross, which stands on a granite plinth outside the town’s railway station was originally erected in gratitude by the villagers of Fontaine Notre Dame in France in November 1917 in honour of the Seaforth Highlanders who fell at the Battle of Cambrai. The cross was brought back to Dingwall in 1924 and erected the following year.

There are three granite plaques on the cairn, listing the history of the cross, the men of the village who fell and a dedication to the battalion.

Immediately beside it is a memorial to Sgt John Meikle VC MM, a railwayman, who was killed in action on 20th July 1918. 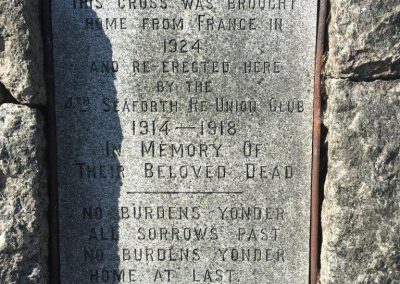 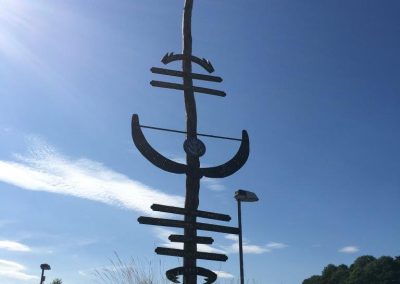 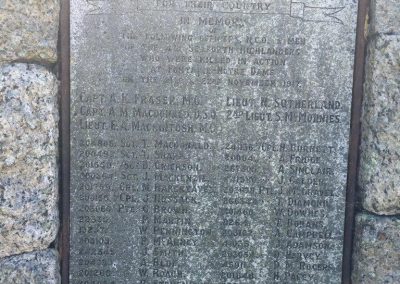 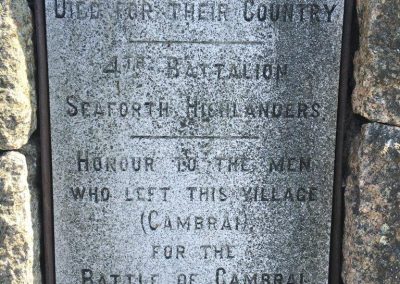 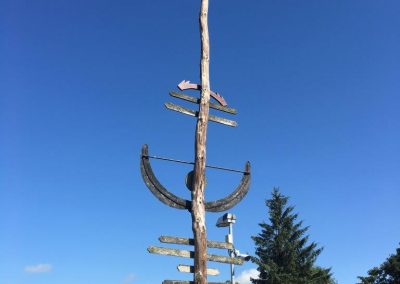 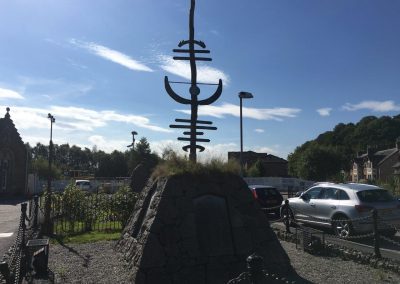 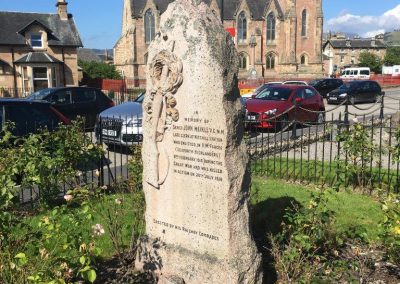