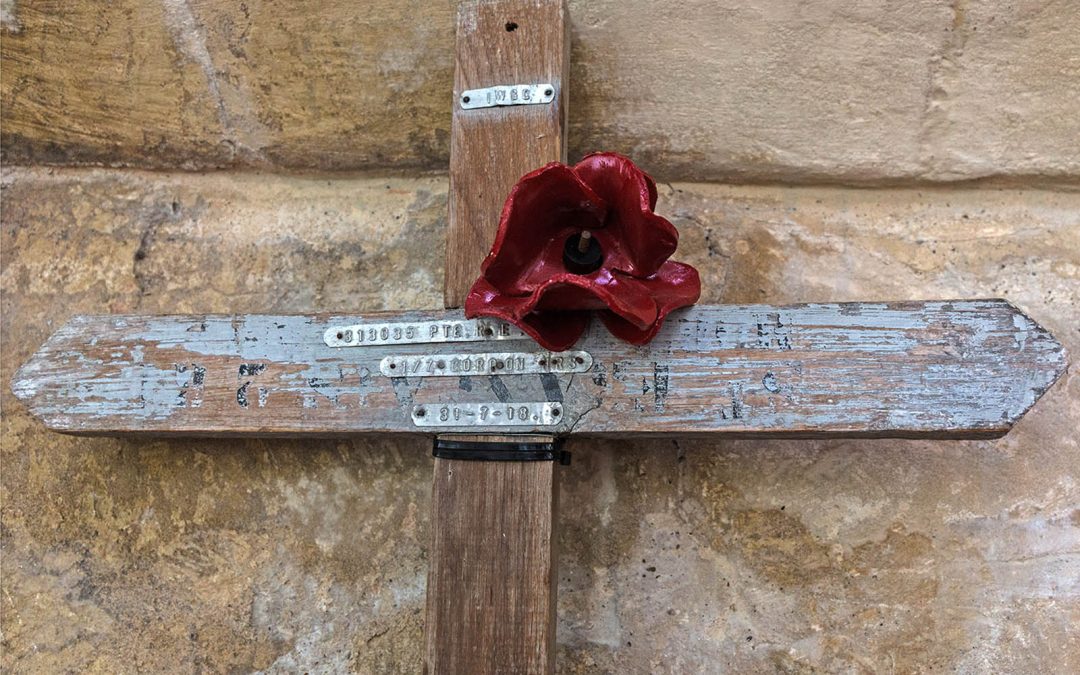 Mounting to wall: Hook in wall, cross tied to it with plastic ties. Placed above entrance to a stairwell. This can be seen in the photo on your web site – approx. 1/3 from right of image and half way up. It now has a ‘Tower of London’ poppy attached to it with the poppy stalk being inserted behind the plastic tag. This poppy was presented in memory of three other men. See photo: Grimley_04

Evidence of use in field (earth marking, cracking, staining, shrinkage): The shading on the shaft differs along its length (darker towards the top).

Finish (varnish, paint, oiled, unfinished etc): It appears that the shaft may have been varnished as there is a reasonably clear colour difference showing the depth the cross was inserted in the ground.

The cross beam has some signs of greyish ‘paint’ and black lettering (unreadable). Possibly in line with it reportedly being made from an old signpost?

Name tag is damaged, being broken off after the G of the surname.

There is a memorial to those who fell in the Great War near the church gate. See photo: Grimley_01

There is a framed memorial to three men from Great Stukeley – see note above re poppy and photo: Grimley_04

Rupert was the only son of the reverend Arthur Lee Grimley and Mrs Amy Matilda Grimley and was born in 1900 in the old (now demolished) vicarage in Ellington.

He enlisted in Huntingdon and joined the 14th Battalion London Regiment (London Scottish) as a Private holding the service number 313035.

Rupert died of wounds on 31st July 1918. His comrades marked the spot with a cross which they made from an Ypres sign post. This cross, with Rupert’s name and number can be seen hanging over the steps to the left of the organ in this church. The church, All Saints Ellington, which his father was the vicar of Ellington from 1897 – 1933.

Terlincthun British Cemetery is situated on the outskirts of Boulogne.

There is a picture of the Cemetery below this citation.

Lives of the First World War

Survey Data and photography courtesy of Keith and Lyn Edmonds
Date of survey: 4th May 2017 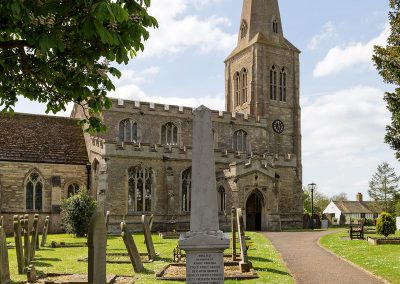 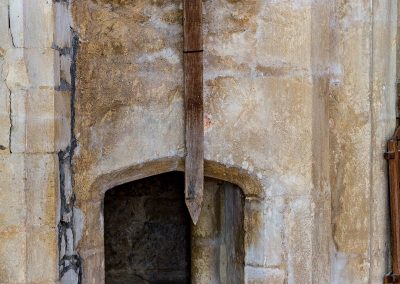 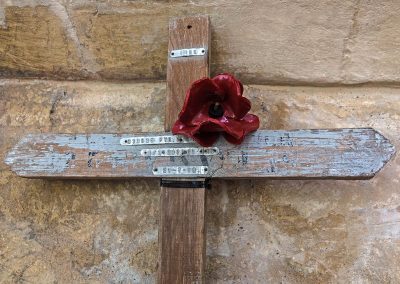 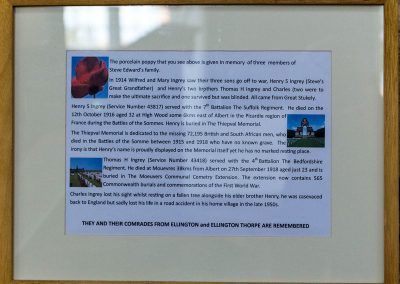 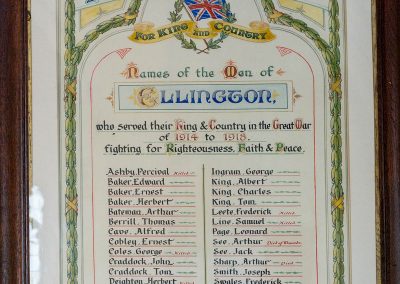 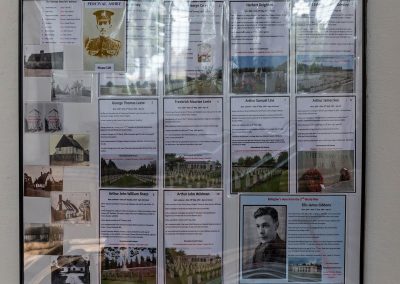 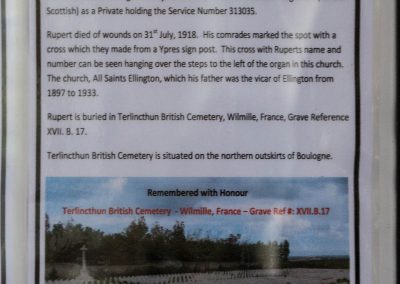