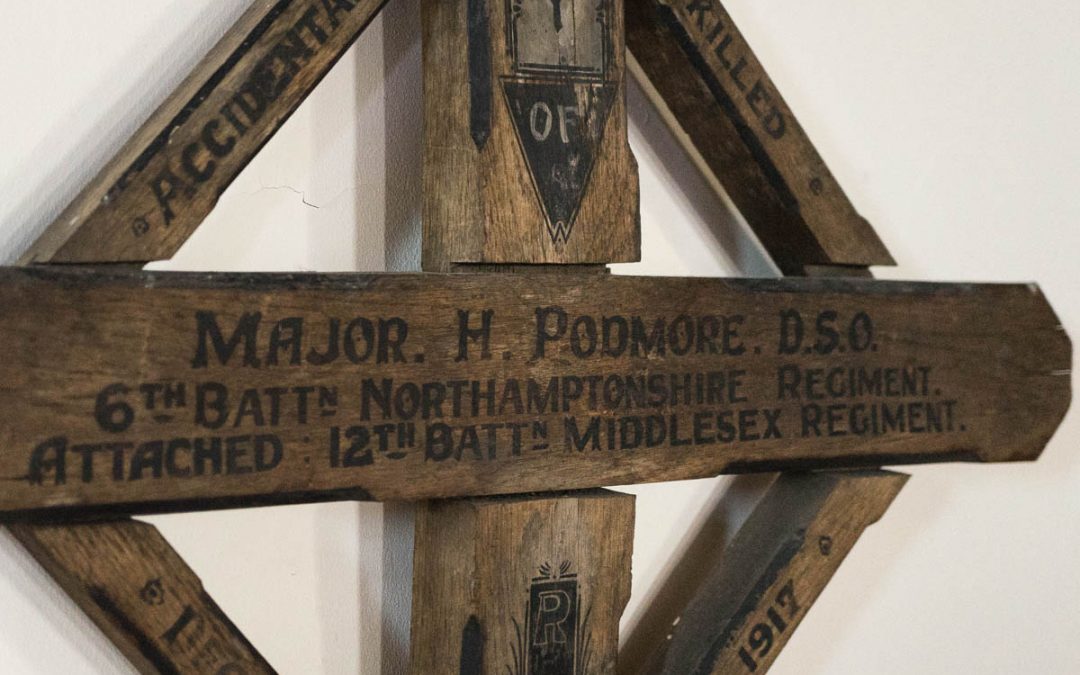 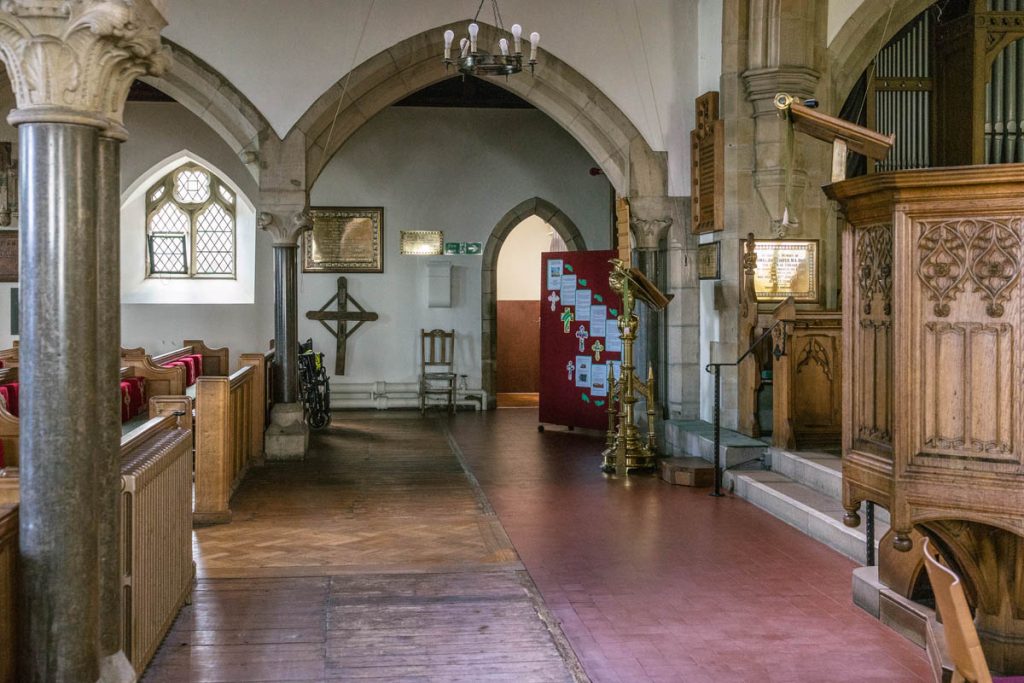 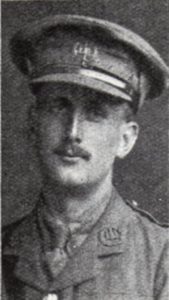 Mounting to wall: The cross is attached by a hook to the wall.

Evidence of use in field (earth marking, cracking, staining, shrinkage): There is some deterioration towards the bottom of the cross where it has been inserted into the ground.

Surface insertion depth (into ground if apparent):  Difficult to ascertain as the bottom of the cross has been cut.

Condition (cracked, paint peeling, woodwork, damage etc): There is a large split at the top of the shaft. Other than that, it’s in good condition.

The cross is displayed low down on the wall on left hand side of the church near to the organ pipes.

Herbert Podmore was the son of George & Matilda Podmore of Charney Hall, Grange-over-sands. He was a scholar of Rugby and Trinity College, Oxford. He embarked to France in July 1915 as a Captain with the 6th Battalion Northamptonshire regiment. He was awarded the D.S.O on 31st May 1916 for ‘conspicuous gallantry and ability during a night attack by the enemy’. He was also mentioned three times in despatches. Sadly on 31st December 1916, he was accidentally killed by an ammunition explosion. He was 30 years old. He is buried at Haringhe (Bandaghem) Military Cemetery (grave ref I.C.7).

St Paul’s in Grange-over-sands is a grade II listed building, and is open to the public daily.

Survey and photographs courtesy of Beverley Goodwin and Margaret Draycott 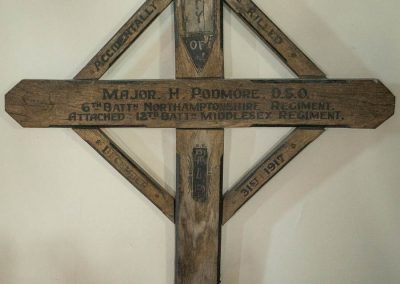 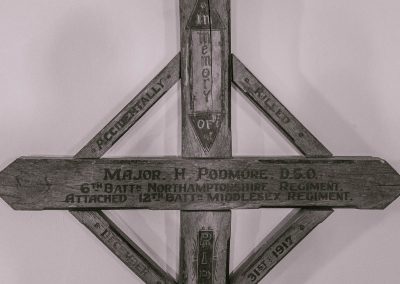 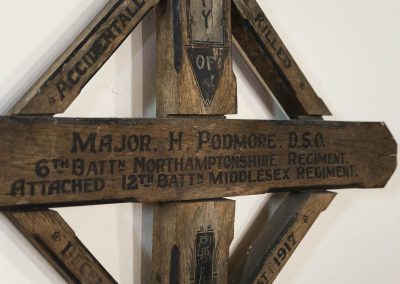 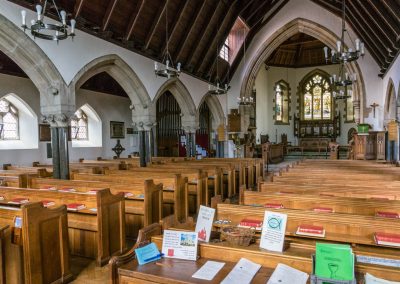 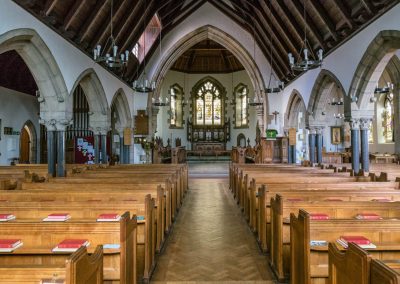 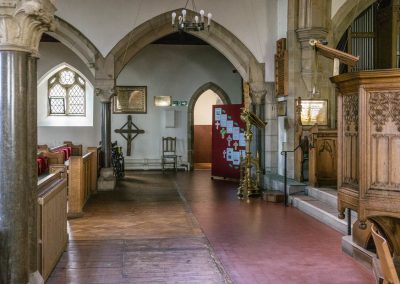 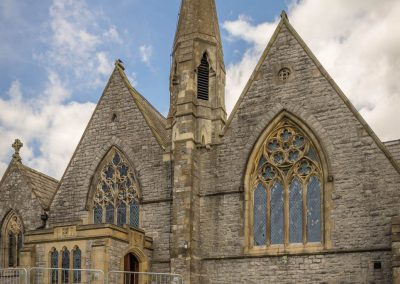 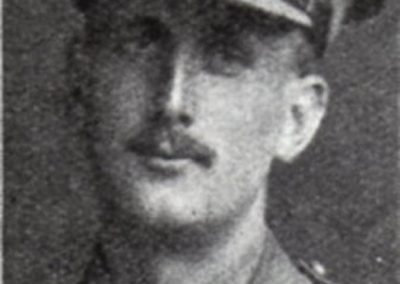