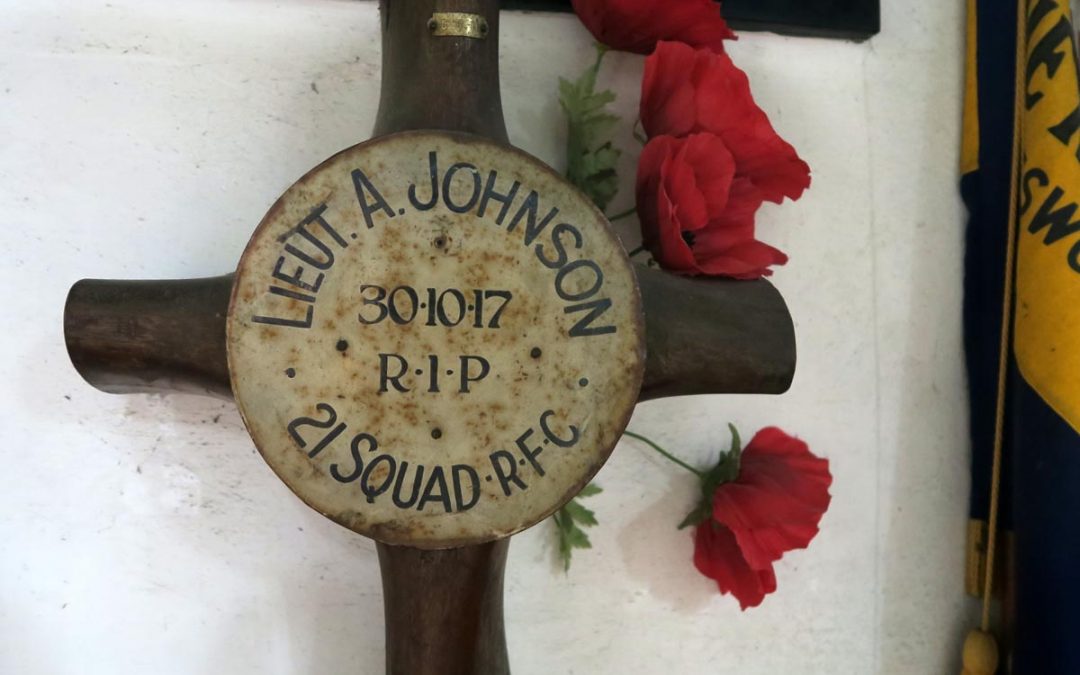 The roundel is 230mm in diameter. The cross is made from a wooden four bladed aircraft propeller.

Other information
Mounting to wall: Hooks?
Detailing:
Evidence of use in field: Some cracking at base of cross
Surface insertion depth (into ground if apparent):
Finish: Varnish
Condition: Fair, some rust on metal plate.

Other information, notes and observations:
Lt. Andrew Johnston (misspelt on grave marker) is buried in Dozinghem Military Cemetery. Rough translation of the inscription on the memorial tablet (glad I did Latin, knew it would come in handy one day) “He who is far from here, he who died before his time as a soldier and also for his country.”

A four bladed prop so limits the number of planes it could have come off, if it was the propeller of his aircraft. Evidence points at an SE 5, DH 4 or DH9 aeroplane.

Lieutenant ANDREW JOHNSTON, R.F.C., who is reported killed, was the son of Captain Fowell Buxton Johnston (formerly 3rd Dragoon Guards) by his second wife, a sister of Sir R. Chalmers. He was nephew of Mr. Andrew Johnston, the first chairman of the Essex County Council. Born in1897, he was educated at Bedales School, Petersfield, entered Woolwich in December, 1914, received a commission in the R.F.A. in October, 1915, sailed for Egypt in December,and six months later was sent to Salonica. In July, 1916,he was invalided home, but returned to his battery at the front at Christmas, and last July came home to train for flying. On September 16th he returned to the front, where he took part in several fights in the air, in one of which,with three other machines, he encountered 15 Germans.On his last flight he had been up as an observer for three hours, and when preparing to alight seems to have been caught in an eddy. The machine plunged, and Lieutenant Johnston was killed instantly.

Survey and photos courtesy of Andrew Macdonald and Hidden Commemoration. 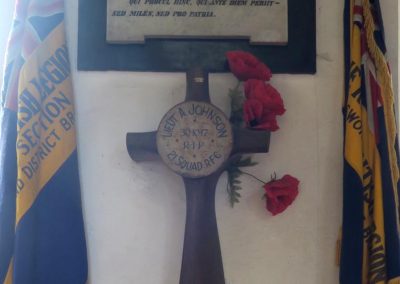 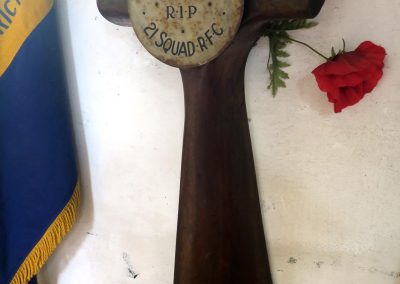 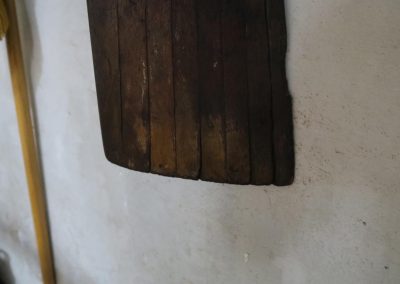 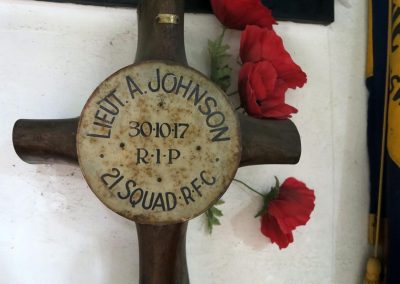